In the contemporary art world, Ireland is quickly becoming a cultural hub, particularly in the realm of cutting-edge and innovative photography. Utilising unique techniques, revealing fresh perspectives and depicting thought-provoking subject matter, Irish photographers are creating images that are not only poignant, but are at the forefront of art photography. From awards to critically acclaimed exhibitions, here is a list of the top ten emerging Irish photographers to watch. 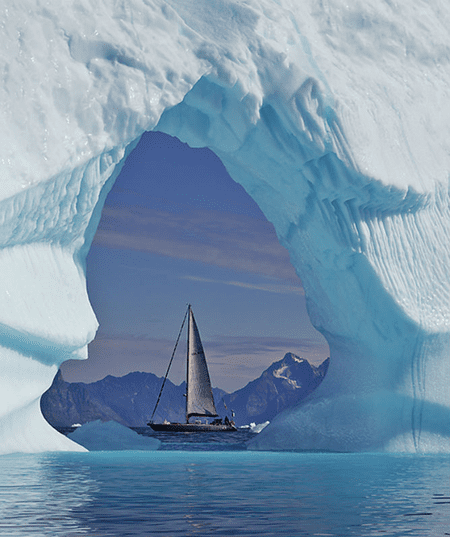 Documenting his epic travels across the Sahara in Morocco and the glaciers of Iceland, Daragh Muldowney‘s love for photography began in 1992 following a Scuba Diving course. Struck by the experience of life underwater, Muldowney’s work has continued to focus on the unseen qualities of nature. Immersing himself entirely in the natural world, his resulting photographs showcase the unique colours and details of the world, presenting the viewer with a portfolio of our beautiful planet. Appreciation of his work came from humble beginnings, with his photographs donning the railings around Stephen’s Green in Dublin. Due to his success, he established Dúlra Photography in 2003. His work is now exhibited in contemporary photographic galleries, such as his recent show Out of Thin Air in the Copper House Gallery, which depicted the breath-taking aesthetics of Greenland’s sculptural ice. He plans to return to the island to document the icebergs from underwater for his follow-up series. 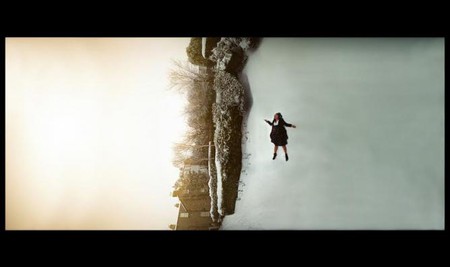 Many may be familiar with Hugh O’Conor from the big screen. A well-established actor, O’Conor has featured in a number of renowned films, such as playing a young Christy Brown in My Left Foot, and Father Henri in Chocolat. He is also a successful director and is familiar with life behind the camera. As a result, O’Conor has also carved a path as a talented and cutting-edge photographer. While studying at NYU, O’Conor was taught to take up still photography. Working primarily in 35mm and 120mm film, his work is critically-acclaimed, with recent accomplishments including becoming shortlisted for the Hennessy Portrait Prize at the National Gallery of Ireland in Dublin. O’Conor’s photographic style varies from intimate portraiture, to thought-provoking indoor and outdoor scenes with a focus on story-telling and creating atmosphere. 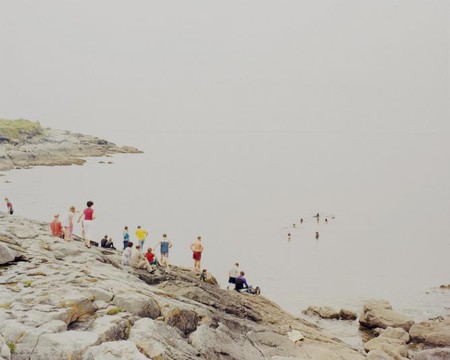 Focusing on everyday life and capturing its essence, Enda Bowe’s work has been exhibited worldwide, from the V&A Museum in London, to the Douglas Hyde Galley in Dublin, to the Fotomuseum Winterthur in Winterthur. His work is inspired by his own personal experience of growing up in Ireland. He is also influenced by a number of creative figures, from director Lenny Abrahamson to poet John Glenday He is based in London and has published a number of books of his works, his first being ‘Kilburn Cherry’. Bowe was also included in the winning selection of The Taylor Wessing Photographic Portrait Prize in 2010 in the National Portrait Gallery in London. 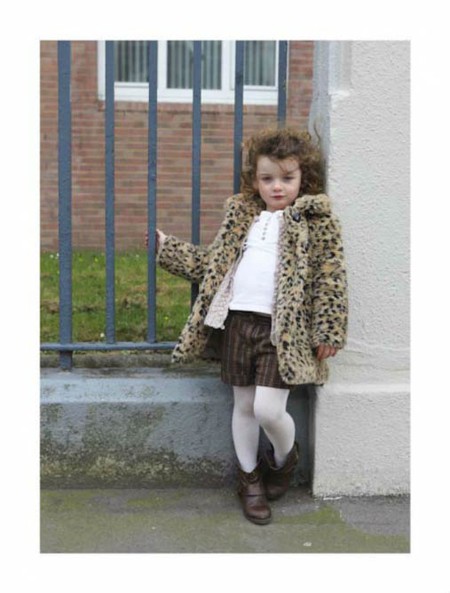 Born and living in Dublin, Jeanette Lowe has received critical acclaim for her various series that focus on old and inner city Dublin and her own personal connections to these areas. She first achieved international recognition with her works documenting the Pearse Street Flats, where her mother and grandmother grew up, which were displayed in the National Portrait Gallery in London. She was then asked to document life on Charlemont Street while the old flats there were demolished. These were included in the PhotoIreland Festival 2014. Her work is poignant, archival and thought-provoking, capturing histories and memories of past lives. Recently, Jeanette has been shortlisted for the Alliance Française Photo Prize. 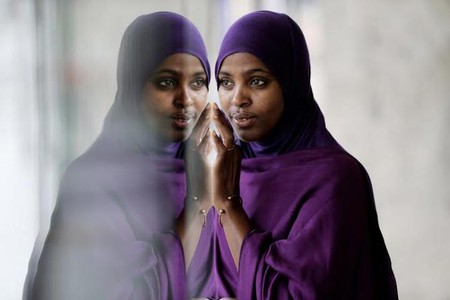 Born in Belgium, photojournalist Julien Behal has been working in Dublin since 1997 and has collaborated with a number of international titles, from the Irish Times to USA Today. His work has received a number of photographic awards for his coverage and depiction of current affairs, both national and international. His projects have included highlighting the aftermath of the Chernobyl Nuclear accident in Belarus, touching depictions of the travelling community in Ireland, and the lives of Drag Kings. He frequently undertakes assignments both in Ireland and abroad, whilst also working with NGO’s, focusing on human rights and social issues. Recently, he was awarded AIB Photojournalist of the Year 2014 for his work The Final Goodbye.

Born in Cork, but growing up in North America, Louise Maher began developing her passion in photography in 2001. She has since become pivotal in Cork’s photography scene, becoming a founding member of the Cork Photo Fringe Festival and the Blindfield Collective. Her works focus on our relationships with our environment and everyday life, and how a photograph can document and picture the world. Maher is particularly interested in the small details of this connection and the notion of belonging. Her work is influenced by street photography as well as a number of other photographic traditions, as well as the work of famous photographers such as Gerard Richter and Walker Evans. Her series of photographs not only document aspects of everyday life, but also provoke speculation and contemplation, which is evident in her recent series Keeping Time. Maher also plans on experimenting with video and incorporating this into her practice. 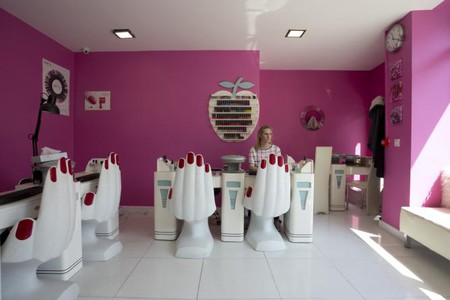 Lynn Rothwell’s recent achievements include winning the Inspirational Art Photography Award in 2012 and the Curtin O’Donoghue Emerging Photographic Artist Award in 2013. Her work has been included at various shows, such as the 183rd RHA Annual Exhibition in Dublin, and was also selected to be a part of the ’30 under 30′ showcase at the National Exhibition Centre in Birmingham. She has worked on a number of collaborative projects, specifically with fellow photographer Cáit Fahey. Her work focuses on the extraordinary within the ordinary and depicts everyday life and banal experiences, but with a cinematic quality and a glorifying edge.

Originating from Wexford, but now based in London, Conor O’Leary is an independent documentary photographer. His work focuses on communities, both in Ireland and abroad. These projects include a focus on the Connor family, who are from the travelling community and a larger documentation of faith in Ireland that includes the Sisters of Perpetual Adoration, a closed order of nuns in Wexford, and pilgrims to the Croagh Patrick mountain (pronounced Croke). These topics are presented in a sympathetic yet objective manner, providing viewers with an intimate perspective of unfamiliar ways of life. 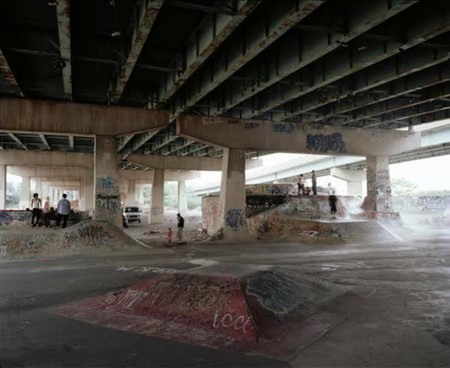 An observant and passionate photographer, Rich Gilligan has worked on an ongoing project where he documents homemade skate parks, which was recently published as a book. An avid skateboarder himself, Gilligan travelled through Europe and the US photographing how other skateboarders created DIY and unauthorised structures. The project reveals the inner world of skateboarding and how this sport is not seen as a hobby, but rather a means of self-expression. His work has been exhibited worldwide, from Dublin to Berlin to Copenhagen and Los Angeles. His awards include the 2013 Showcase Photography Award, which spotlights the best in contemporary photographic practice in Ireland.