‘To Be a Machine’ by Mark O’Connell: Meet the Movement Defying Death With Tech 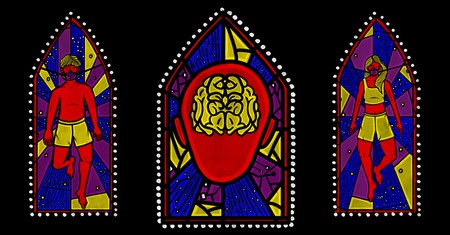 To Be a Machine, written by Irish journalist Mark O’Connell and winner of the 2018 Wellcome Book Prize, introduces the transhumanist movement and the real-world characters who seek to leverage technology to live forever.

In the arid desert city of Scottsdale, Arizona, businessman Max More runs a non-profit willing to freeze your corpse in liquid nitrogen until a hypothetical new technology is capable of reviving it.

To Be a Machine: Adventures Among Cyborgs, Utopians, Hackers, and the Futurists Solving the Modest Problem of Death introduces the captivating stories of More and other transhumanists – those seeking to cheat mortality and use technology to remove ageing as a cause of death.

Humorously and insightfully documenting the motivations, aspirations and conclusions of the movement and its followers, author Mark O’Connell visits warehouses of cryogenically frozen bodies, explores Silicon Valley laboratories turning our brains into code, interviews self-proclaimed cyborgs inserting implants under their skin and tours the US in a coffin-shaped camper van with a transhumanist campaigning to be president.

Sceptical but not dismissive of the characters he meets, O’Connell reminds the reader that while transhumanism and its followers may represent oddball fringe figures, they are also some of the richest and most influential decision makers of our time.

Profiling prominent transhumanists, from PayPal co-founder Peter Thiel to entrepreneur Elon Musk and Ray Kurzweil, the head of engineering at Google (which has invested heavily in its secretive biotech outfit, the California Life Company), O’Connell examines issues of technology, the singularity (‘a time to come in which machine intelligence greatly surpasses that of its human originators, and biological life is subsumed by technology’) and human mortality.

‘The more I read about it, and the more I came to understand the views of its adherents,’ O’Connell writes, ‘the more I understood it as resting on a mechanistic view of human life – a view that human beings were devices, and that it was our duty and our destiny to become better versions of the devices that we were: more efficient, more powerful, more useful.’

Ultimately comparing transhumanism to a religion for the era of tech – predicated on the fear of human mortality and promising a redemption from death – O’Connell observes that transhumanism views human beings as fundamentally flawed, and sees in technology a path to eternal individual betterment.

The combination, he writes, is simply ‘an intensification of a tendency already inherent in much of what we think of as mainstream culture, in what we may as well go ahead and call capitalism. While transhumanism is an extreme result, [it] seemed to me to express something fundamental about the particular time in which we find ourselves.’