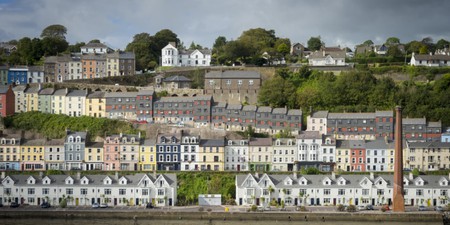 Ireland has been suffering some harsh local weather recently, but locals in a tiny village in Cork claim to have been facing a different kind of ‘stiff breeze’ in their neighbourhood.

Locals in the beautiful village of Ringaskiddy have been commenting on fumes from a local factory that produces Viagra having an, erm, impact on their daily lives.

In a wonderful Sunday Times article that reads like a fine piece of satire, locals describe the impact of the factory on their day-to-day lives, with many of the villagers very positive about the consequences of what they call Pfizer’s ‘love fumes’.

Local barmaid Debbie O’Grady jokes to the Times: ‘One whiff and you’re stiff.’ Her mother adds: ‘We’ve been getting love fumes for free for years.’ Even the local dogs are said to walk around in a state of arousal as a result of the output of the local factory.

With a population of just over a 1,000 permanent residents (but quite a few more seasonal industrial workers and students), Ringaskiddy is about 15km from Ireland’s second-largest city Cork, and known as a pharmaceutical hub both for Viagra manufacturer Pfizer and a host of other companies including GlaxoSmithKline, Novartis and Centocor.

It’s also home to a merchant navy-training area, and boasts one of Ireland’s many east-coast Martello towers, a relic of English colonial sea defense.

While no one’s quite sure how the Viagra is making its way into the townpeople’s systems (or even that it’s doing so at all), the town is said to have undergone a baby boom after the factory opened in the ’80s, and some have suggested that the chemicals are seeping into the local water supply.

Pfizer, perhaps unsurprisingly, have dismissed the story as an amusing myth, assuring the people of Ringaskiddy and amused onlookers that their processes don’t allow any interaction between the manufacturing of the Viagra and the surrounding area. One of the town’s nicknames, by the way, is Viagra Falls. Make of that what you will.

That’s not the only atmospheric drama Cork has faced recently. The nearby city’s more serious recent atmosphere-related problems during Hurricane Ophelia in October saw the roof blown off the football stadium the night before a championship-deciding match, as shown in the images below. Incredibly, Cork City took to the field the following day regardless and got the draw they required to be crowned 2017 League of Ireland champions.

For better or worse, the area has certainly had an interesting 2017.