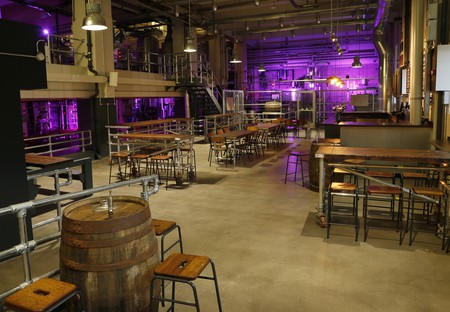 Guinness, undeniably, is one of Dublin’s essential tourist attractions. The company has long been brewing the iconic thick black stout on the south bank of the city’s River Liffey, where Arthur Guinness and his team set up with such confidence that they signed a lease lasting 9,000 years back in 1759.

‘It tastes better in Dublin’, locals have long insisted, and it’s hard to argue. For a start, the local barmen know how to pour it correctly (two-thirds full, left to rest for a couple of minutes, and then topped up gently to the brim). The setting – rustic trad pubs that feel (and often are) unchanged in generations – is perfect, and being down the road from the factory (and served at an astonishingly fast rate in popular inner city pubs) does suit the brew through which bubbles sink.

But there’s also been a revolution in the Guinness camp in recent years, albeit a slow one. The black stuff has long had several versions (draught extra and the stronger extra stout, for example), but recently, other brews have emerged from St James’ Gate. The lager Hop House 13 appeared in 2015, following on from 2014’s Dublin Porter. In 2016, Guinness Rye Pale Ale joined the party. The new beers all come from one experimental corner of the brewery and a project called the Brewer’s Project. And now, through The Open Gate, you can visit the spot where the magic happens. 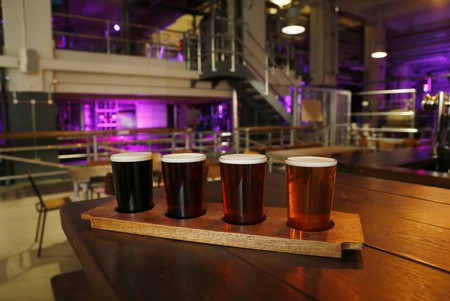 Like the popular Guinness Storehouse (Ireland’s most visited attraction, which boasts an incredible view of the city skyline from its high-altitude bar), The Open Gate sits within the Guinness factory grounds, but it’s a little more exclusive, and many locals have yet to learn of its existence. It’s actually existed for over a hundred years, but the bar’s only been open to the public since 2016, having previously been the preserve of those with a Guinness connection. Open just three nights a week (Wednesday, Thursday, and Friday from 5.30pm to 10.30pm), the bar is amongst the bowels of the factory, and entry has to be booked in advance. Tickets, which cost €6, include a tasting board of three small beers, after which you can snap up as many others as you want.

And you will want: many of these beers are here only temporarily, the products of the brewers playing around with their latest experimental recipes. Some will end up in pubs, while you may find yourself supping on a pint of something else that’s never going to be produced again (naturally, you can buy the big-name ones too). 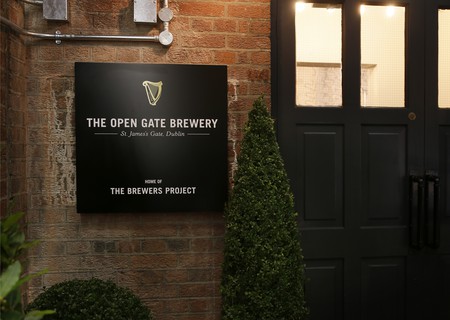 Far more beers have graced the bar in the past few months than Guinness has made publically available in its entire previous 250-plus-year history. They include Sea Salt and Burnt Sugar Stout, Vanilla Stout, Deep Purple Blackcurrant Sour, and Tropical IPA. The brewers have also celebrated other beer cultures, whipping up Vienna Common Lager, Oktoberfestbier, Imperial Dunkelweiss (at a staunch 8.2%), and Antwerpen Export. There’s also been the truly experimental, such as Nitro Coffee Stout, Apple Pie Christmas Ale, Meatopia Smoked Ale, and Strawberry Porter.

All that aside? Ignore the clunky machinery fenced off around the sides, the fantastically enthusiastic barmen and the obvious temptation to try everything on offer on the regularly edited chalked up beer list, and it’s just like a normal pub, big screen, bustle and all. You’ll just have to find it, tucked behind a tiny gate off Guinness central, Thomas Street, and dig in.

To learn more about The Open Gate and make that essential pre-visit booking, click here (website requires you to enter your age before browsing).

The Open Gate | © St James' Gate Brewery
Give us feedback