These Are the Foods Irish Expats Miss from Home the Most 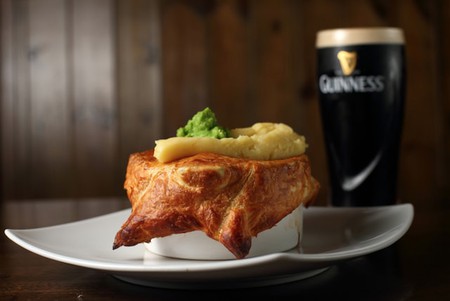 If we told you the things the Irish miss when they go abroad – mostly high-quality farm produce – anyone who’s been to Ireland probably won’t be all that surprised. As one of the countries of the world most notorious for emigration, you can often pick up the odd Irish product abroad even where it’s largely produced specifically for Irish taste, and of course, there’s barely a country in the world where you can’t grab a Guinness or a bottle of Jameson.

Checkout magazine’s annual ‘Diaspora Decides’ survey narrows down what the Irish miss abroad, questioning the sizeable emigrant population on which foodie bit of Ireland they wish they could bring away with them. Here are the winners, which naturally make the perfect guide to just what you should check out next time you’re in the Emerald Isle.

Dairy, it seems, is the key thing. Ireland is big on cattle farming, and even has a government agency, Bord Bia, that is technically devoted to food in general but tends to operate very much in the realm of farming and dairy much of the time. Tourists often comment on the quality of milk and butter, in particular, when visiting, and leading brand Kerrygold, from the rugged southwest, is the one thing Irish expats miss the most. 57% said they missed the golden slabs, 29% admitting they missed it ‘a lot’. 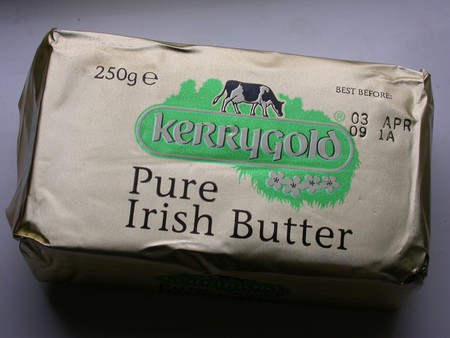 Ireland also has something of a tea fetish, at least as substantial as that the UK has also become known for. The tea battle largely comes down to two home-grown brands in Ireland, and for many people, there’s a level of almost tribal loyalty to one or the other, prompting occasional jokes about the difficulties in living with people who prefer the wrong one.

Lyons and Barrys are almost neck-and-neck in the survey, unsurprisingly, with 42% of Irish expats saying they miss each ‘a little’, and those number slightly favouring Lyons (pronounced ‘lions’) by 25% to 23% when it comes to those who missed the product ‘a lot’.

Other major contenders for the most missed brand surprisingly included Cadbury’s, a traditional English chocolate brand that’s well-established in Ireland, and (less surprisingly) Tayto, a local brand of crisps (chips, if you’re reading in America) which many locals will point to as an Irish ‘must-try’. They even have their own theme park. We’re not joking.

Respondents also commented on what they believe Ireland does better than elsewhere based on their time abroad, with bacon rashers coming out on top. More than 50% believe that Ireland does a better job producing milk, butter, sausages and tea bags than other countries, but the rashers (part of the staple Full Irish Breakfast) came out at a whopping 69%.

The survey doesn’t deal with Guinness, however, which is widely regarded locally as being better in Ireland than elsewhere, something we’d have to agree with. There’s a full story behind that one – check it out here.