Looking At The Stars anthology | Courtesy of The Munster Literature Centre, Dublin UNESCO City of Literature, Poetry Ireland and The Irish Writers' Centre

As well as publishing her first collection of poems this October, Irish poet Kerrie O’Brien was also the impetus behind a newly released anthology of work by contemporary Irish writers like Sebastian Barry and Donal Ryan, created to raise money for the homeless in Dublin. And she’s still only in her 20s. We catch up with the civic-minded young creative taking the Irish literary scene by storm.

Congratulations on the recent launch of your first poetry collection, Illuminate. Was the book a long time in the making?

Thank you! Yes, it took an extremely long time. I first got the offer to do a collection with Salmon Poetry around 2012. I’d achieved a lot of success with my writing by that time; I’d been published and won some awards, but I felt none of the poems were strong enough for a collection and that I was capable of better. I started working full time and stopped writing altogether for two years. Then in April 2015, I broke my foot and couldn’t walk for five months. It was during that time, at home in isolation, that I got serious about my writing again and wrote the bones of the collection – the main ideas, imagery and tone of Illuminate. From February until May of 2016 I locked myself in Trinity College library and focused on editing the poems. I’m glad I waited so long and put so much work and effort into Illuminate – it’s quite a short book, but I’m proud of every poem, and the work is miles ahead of what I was writing four years ago.

You studied History of Art and Classics at Trinity College Dublin. How did you find your way to poetry? Was it something you always wanted to pursue?

I honestly never thought I’d end up writing poetry. In school, poetry for me was difficult and inaccessible. But I was always into music and song lyrics – musicians like Gemma Hayes who wrote simple yet heartfelt and powerful words. Then when I was around 16, I discovered a poem called The Promise by Sharon Olds in a book of photography by Nan Goldin. And The Bloodaxe Anthologies — Being Alive and Staying Alive — opened me up to a whole word of contemporary poets I’d never heard of. Then at Trinity College, I suddenly had access to their library – all the work of and journals of Sylvia Plath and T.S. Eliot, and anyone I wanted to read. I started attending literary readings and sneaking into English lectures. It wasn’t until my final year of college that I submitted my first poem and was lucky enough to get published in Icarus, the student literary magazine. That gave me the confidence to keep submitting work. 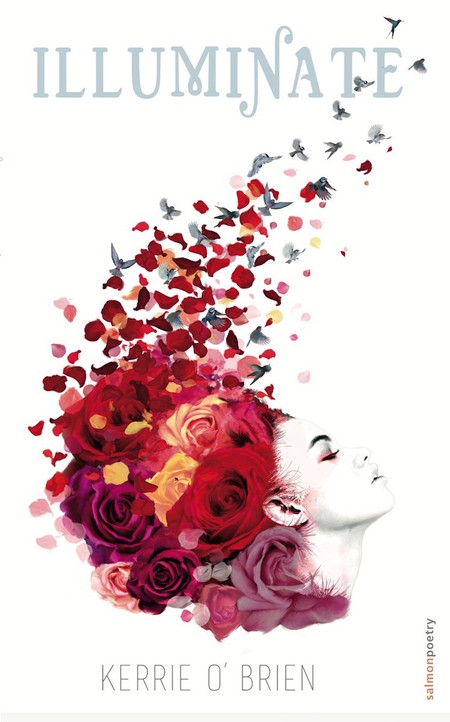 What do you aspire to do with your poetry? Is there an ideal, a particular theme, you work towards?

Elizabeth Bishop said that you can’t not write the truth in poetry, and I agree with her. My poems are essentially me speaking my truth. The themes I focus on are grief, intimacy, faith – things that I connect with, that are important to me. I’ve always been attracted to non-fiction explorations of grief: A Grief Observed by C.S Lewis; Levels of Life by Julian Barnes; and Love Alone by Paul Monette, the most incredible collection of poems which I found in a secondhand bookshop in Berlin. (It is unfortunately out of print, but [American poet and novelist] Garth Greenwell assures me there is a Collected Poems coming soon.) These books helped me understand my own feelings towards death and loss, and my writing seems to do that for others too. I wouldn’t wish for more than that.

You’ve lived and worked in two cities known for their inimitable literary history, Paris and Dublin. How have they inspired you?

With Dublin, it’s the people. We have an incredible support network here – the literary organisations such as Poetry Ireland, the Irish Writers’ Centre and the Big Smoke Writing Factory; the writing groups; the literary events; the open mic nights and the writers themselves. If you don’t know any other writers and can’t afford to do things like writing courses or an MA in Creative Writing, I think Dublin is one of the best cities to be in. There is a huge community of writers of all ages, and many of the people who encouraged and supported me when I was younger — people like Stephen James Smith and Colm Keegan — are doing the same for the next generation of writers. I think the most recent Lingo Festival is a testament to the thriving poetry community in Dublin and all around Ireland at the moment. Paris inspires me in a different way – it is the city itself, the beauty of it, the art and architecture, the way of life, that really appeal to me. I love the food, the language, the bookshops. I’m about to make my third trip to Paris this year – eventually, I’d love to live there properly. 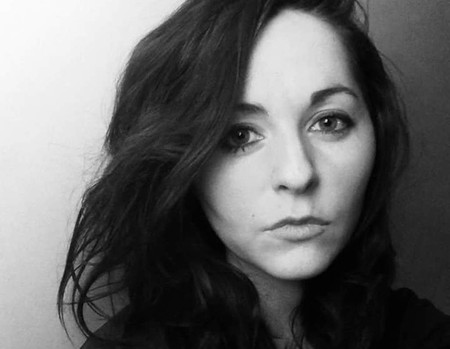 You edited Looking at the Stars, an anthology of Irish writing to raise much-needed funds for the homeless in Dublin. How did that project come about and what motivated you to work on it?

Homelessness is something that has always bothered me in Dublin. For a long time I was noticing the growing numbers of people begging and sleeping in doorways – essentially dying around us. In May of this year, I started talking to a homeless girl on Grafton Street, who told me how she sleeps in a tent hidden in different parks because the hostels are too rough, and she feared being robbed or attacked. It turned out that her name was also Kerrie. That was kind of the final straw for me and spurred me into action. That night I put a call out on social media to see if anyone wanted to do a fundraising gig or anthology to raise money for the homeless crisis in Dublin. The response was phenomenal. I then approached everyone I knew in the book trade and on the writing scene, and with their help, we printed 1,000 copies. Priced at €15 each, with the full amount going towards the Rough Sleeper Team of Dublin Simon Community, our target is €15,000.

Who are some of your favourite Irish and non-Irish writers?

The most incredible books I read in the last while have been Grief Is The Thing With Feathers by Max Porter, A Meal in Winter by Hubert Mingarelli, Physical by Andrew McMillan, Vertigo by Joanna Walsh and What Belongs To You by Garth Greenwell. I can’t wait to see what they all do next. My favourite Irish writers would include Leanne O’ Sullivan, Sarah Clancy, Colin Barrett and Danielle McLaughlin. I also adore Anne Sexton, George Orwell, Claudia Rankine and Frank O’Hara. I think one of the most exciting poets in America at the moment is Eduardo C. Corral. 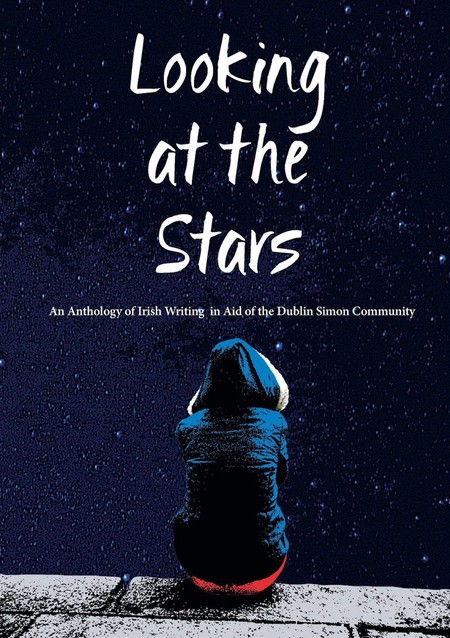 Looking At The Stars anthology | Courtesy of The Munster Literature Centre, Dublin UNESCO City of Literature, Poetry Ireland and The Irish Writers' Centre

What advice would you give to aspiring poets and writers hoping to be published?

Just keep at it. Keep writing, keep submitting, keep editing, be open to critical feedback — it will make you a better writer. Join a writing group, do a course or attend an open mic night. And remember that there’s no such thing as rejection — just ‘not yet’.

Looking At The Stars is now available in Books Upstairs, Dubray Books and The Gutter Bookshop.