The Top 5 Nightclubs In Dublin 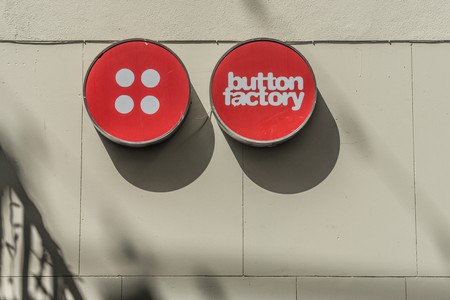 For many, Dublin’s vibrant nightlife is one of its biggest draws. Ireland’s capital was named the third best city in the world to visit in 2016 by the Lonely Planet, in large part because of the ongoing 1916 centenary commemorations, but also because it was described as a place that ‘pulsates with youthful vibrancy.’ Here are some of the best city-centre nightclubs in which to experience that vibrancy.

Started to raise funds for Ireland’s Gay Community News (GCN) magazine, this Saturday night gay club has been called one of the top five clubs in Ireland by The Irish Times newspaper. Loved by people of all sexualities who enjoy good music, Mother focuses on ‘a retro and modern synth-pop dance-floor fusion’ that has been heartily embraced by Dublin clubbers. Having hosted people like Irish electronic musician Shit Robot and America’s LCD Soundsystem, each year its organisers also run a Mother club night at the Electric Picnic festival.

The Grand Social’s dedicated downstairs Ballroom area hosts regular club nights, as does The Loft upstairs – a circus-themed performance space that welcomes musicians of all varieties. Conveniently located close to Temple Bar but on the north side of the Liffey River, this large, adaptable space has won the IMRO award for Dublin’s Best Live Music Venue in the past and attracts the best local DJs, who spin ’90s R’n’B, hip-hop and neo-soul tracks among others. It also has an inviting rooftop beer garden.

Coming up this Friday in The Grand Social is Kelly-Anne Byrne's BURNING UP!!! 🎂🎉 This one is special because it's the 3rd birthday and there's no better way to celebrate than with special guests Get Down Edits. 🎶🎶🎶 As normal it's FREE in and doors are 11pm, so come in and party with us until the small hours of the morning for Burning up's 3rd Birthday 🔥🔥🔥 http://www.thegrandsocial.ie/events/burning-3rd-birthday-party/ @kellyanne_byrne

Nightclub, Cocktails, Beer, Wine
Facebook
Email
Twitter
Pinterest
Copy link
Share
Map View
The Button Factory hosts live music and club nights within the refurbished Temple Bar Music Centre. The original opened in 1995 as a haven for up-and-coming musicians, with rehearsal spaces, recording studios and a venue. After an overhaul, the venue area was renamed the Button Factory. With great acoustics, this is a favourite with live music lovers. Every Saturday the Sense club night takes over, a house and techno showcase of the best local and international DJs, with free entry until 12:20am. Previous guests have included Jamie XX, Groove Armada and B. Traits.
Open In Google Maps
Curved Street, Temple Bar, Dublin, County Dublin, Ireland
+35316709202
Visit Website
Give us feedback

Situated on the quays almost opposite The Grand Social, The Workman’s Club holds club nights seven nights a week – covering most tastes and genres of music over their several levels. Monday nights are indie focused, while Wednesdays offer one floor of indie and another of hip-hop, R’n’B, house and disco. On weekends, Saturdays see house and disco on the first floor, while their main room alternates between alternative, indie, and eclectic tunes. Sundays are a more laid back affair, with a Karaoke Club playing hits from the ’80s, ’90s and ’00s.

More infamous than famous, Copper Face Jacks is a Dublin institution that has to be experienced at least once. Affectionately referred to as ‘Coppers,’ it seems like everyone in Ireland knows this Harcourt Street nightclub, whether they like it or not. Visitors learn about it too – Amy Schumer’s support act at her recent Dublin show mentioned having been there, although he was most likely joking. Opened in 1995, this club doles out gold cards to loyal members, entitling holders and their friends to free entry and the right to skip the queue.