The Best Things To Do in Dublin 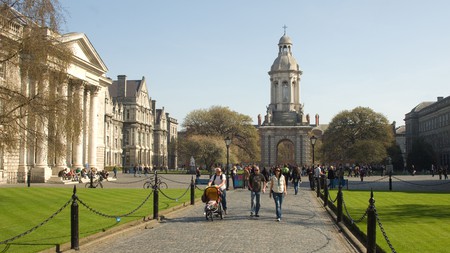 Dublin conjures images of pub crawls, trad music sessions and plenty of craic. But it’s also a city with a captivating history, spectacular coastal surroundings and a centuries-long tradition of producing great art.

Dublin is known as a holiday destination where packed bars overflow with revellers when the weekend rolls around, but this is also a city of dreamers, thinkers and rebels who know how to slow down and appreciate the world around them. These are the best things to do in Dublin if you’d like to take some time away from the frenetic pace of modern life and appreciate delicious food, picturesque landscapes and the abundant creativity of the Irish people.

Founded in 1592, Trinity College Dublin is Ireland’s oldest surviving university, and its Old Library houses several important historical relics, including the Book of Kells – an illustrated manuscript of the four gospels believed to have been created by ninth-century monks. In the Long Room, where 200,000 books are kept, visitors can pore over one of the last remaining copies of the 1916 Proclamation of the Irish Republic and view the Brian Boru harp, Ireland’s oldest version of the musical instrument that became the country’s official emblem. Entry to the Old Library costs €11 to €14. 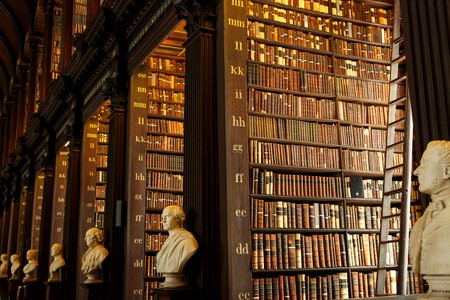 A 25-minute train ride from the city centre, the fishing village of Howth is the starting point for a six-kilometre (four-mile) looped trail around Howth Head that is one of the most scenic walks in all of Dublin. Not suitable for anyone with a fear of heights, this well-worn, often narrow track traces the very edges of the peninsula’s sheer cliffs, giving incredible views over the islands of Ireland’s Eye and Lambay, and eventually all the way across Dublin Bay towards Dún Laoghaire. Afterwards, reward yourself with a well-earned plate of fish and chips in the village. 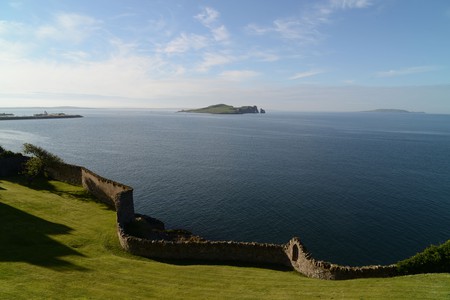 At the time of its founding in 1908, Dublin’s Municipal Gallery – since renamed in honour of the institution’s pioneering creator – was the world’s first known public gallery of modern art. Today, it continues to shine a light on contemporary art through acquisitions such as the studio of the Dublin-born painter Francis Bacon, whose works have become among the most acclaimed (and expensive) in the world since his death in 1992. The entire studio was removed from his London home and painstakingly recreated here, including 100 slashed canvases that Bacon destroyed. Admission to see it – and the gallery’s complete collection – is free. 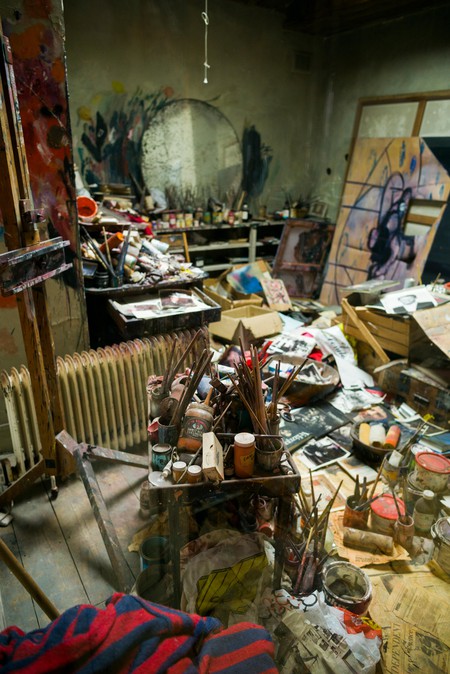 Internationally, Dublin is better known for alcohol than food, but that’s beginning to change, thanks to a passionate new generation of chefs championing Irish ingredients. Award-winning food blogger Ketty Quigley founded Delicious Dublin Tours in 2015 as a way to celebrate what she saw as “Dublin’s exciting food revolution”, aiming to expose both locals and tourists to the city’s rich culinary culture. Her €60 tours, which have been recommended by The Irish Times and National Geographic Traveller, run from Wednesday through Sunday, and incorporate a three-and-a-half-hour tasting trip via a choice selection of Dublin’s top foodie locations. 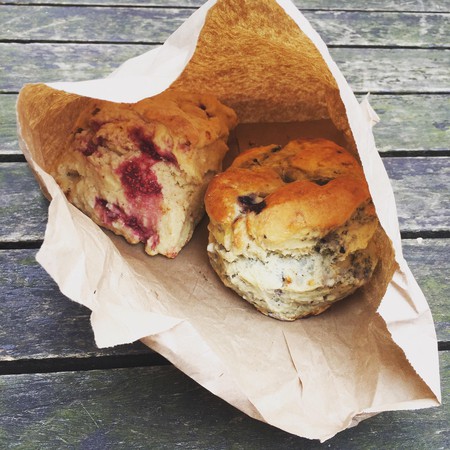 Music is central to Dublin’s cultural history, and Whelan’s is at the heart of it. Since opening in 1989, this pub and music venue has seen performances by everyone from Nick Cave to The National, and it holds a special place in many a musician’s heart. Jeff Buckley even played here on the day his debut album, Grace, was released. With three bar areas and two stages, there’s always something happening at Whelan’s. 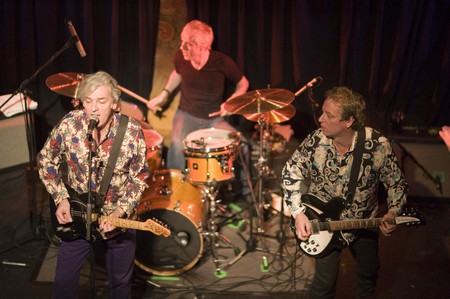 Robyn Hitchcock and the Venus 3 in concert at Whelan's, Dublin | © Jeremy Craine / Shutterstock

Walk through centuries of Irish history at Dublin Castle

Few Irish buildings have as complicated a history as Dublin Castle. Built in 1204 on the site of a former Viking settlement – Viking-era defences still stand in a below-ground chamber – the castle ultimately became the seat of the British government in Ireland, and was central to the Irish struggle for independence. Some revolutionaries were imprisoned and killed here, and rebels attacked it during the 1916 Rising. Adult tickets for a guided tour that includes the Gothic Revival Chapel Royal and State Apartments cost €12. Ask your guide about the theft of the Irish Crown Jewels from the castle in 1907 – it’s one of Ireland’s great unsolved mysteries. 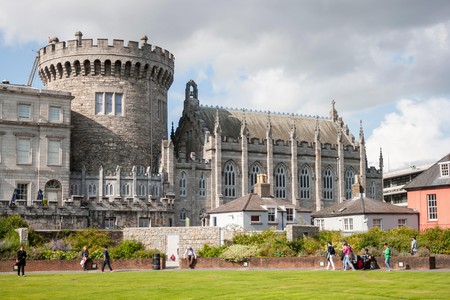 Have a quiet drink at the Library Bar

If you want to do as the Dubliners do, steer clear of tourist-trap pubs and treat yourself to a drink at the Library Bar instead. Regulars can be pretty precious about this beloved bar – frequently referred to as Dublin’s best-kept secret – in a peaceful room upstairs at the Central Hotel on Exchequer Street. As well as comfortable armchairs, an open fire and views over George’s Street’s red-brick architecture, patrons can expect table service and a rare moment of peace and quiet in the city centre. No wonder the locals keep it to themselves. 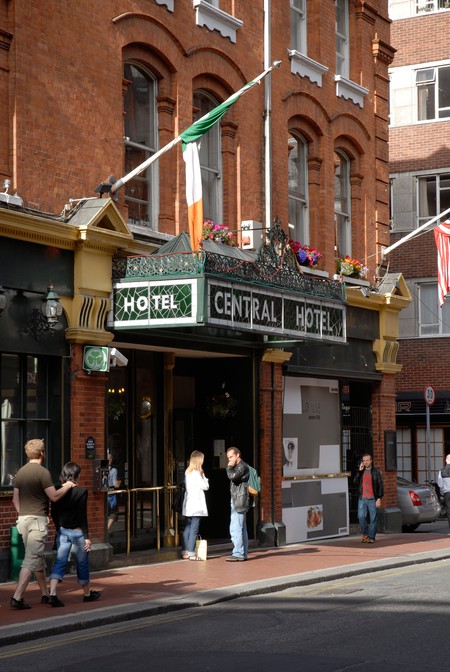 Ride the DART to Greystones

The DART line runs around the entire coastline of the Irish capital, from the suburbs of Howth and Malahide in the north to Greystones in the south. Though it’s actually in County Wicklow, a trip to Greystones has to be included as one of the best things to do in Dublin for the scenery alone. Even commuters taking the journey daily never seem to tire of the epic view that appears as the train emerges from a tunnel to round the cliffs overlooking Killiney Bay, with Bray Head in the distance. In Greystones, check out The Happy Pear, a wholefood vegetarian café and local favourite. 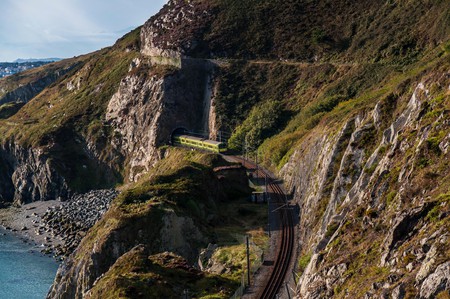 Dublin is a UNESCO City of Literature, and WB Yeats was one of its foremost literary figures. A Nobel Prize-winning poet, a key player in the Irish Literary Revival and a senator of the Irish Free State, WB Yeats had an enormous impact on the country’s culture during the late 19th and early 20th centuries. The multimedia-rich exhibition about his life and works at the National Library of Ireland has been described by The Irish Times as “one of the most important literary exhibitions yet staged internationally”, and contains the world’s largest collection of Yeats manuscripts, plus donated items from his daily life. 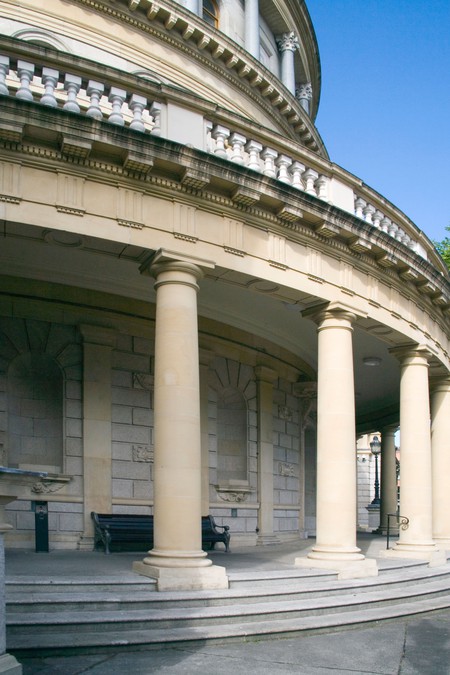 Treat yourself to afternoon tea at The Merrion Hotel

There are few more luxurious things to do in Dublin than have afternoon tea at The Merrion Hotel, where Barack and Michelle Obama stayed during a 2011 state visit. Occupying four Georgian terraced houses on Upper Merrion Street, the hotel is decorated with more than 90 pieces of 19th- and 20th-century art, by Irish artists such as Louis le Brocquy, Jack Butler Yeats and Nathaniel Hone. The cakes and desserts that make up its Art Tea are inspired by these works, and diners are given a complimentary copy of the hotel’s art collection catalogue to peruse while they eat. 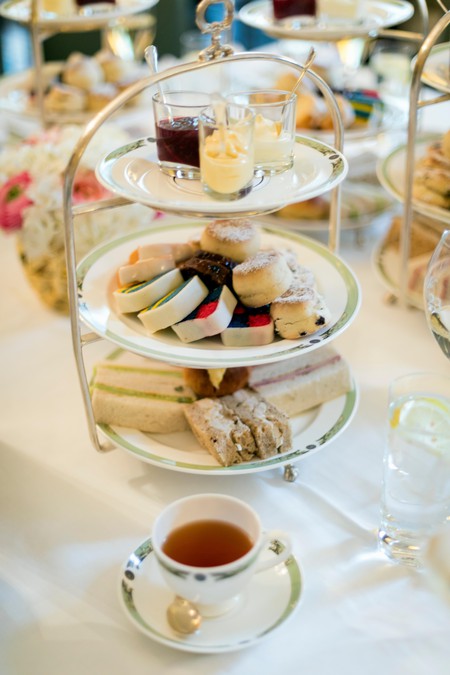 Soak up the atmosphere on Drury Street

In recent years, Drury Street has become one of Dublin’s best areas to shop, eat, drink and generally while away the hours. George’s Street Arcade – an indoor market dating back to 1881 – can be found here, along with modern stores such as Irish Design Shop, which sells Irish-made handcrafts and the owners’ own line of stylish geometric jewellery. Arrive in the afternoon, have coffee at Kaph or a sandwich at Simon’s Place, and browse the shops. If you’re into art, pay a visit to Hen’s Teeth on nearby Fade Street; it stocks prints by contemporary Irish artists, which make perfect souvenirs. Finish with dinner and a Drury Snapper cocktail at Drury Buildings. 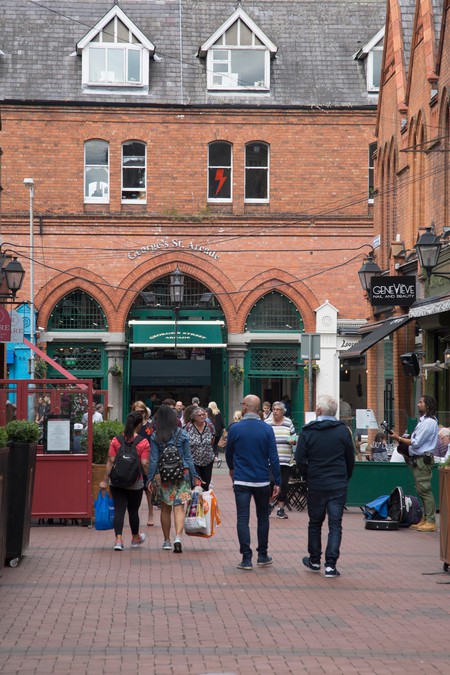 Go off-grid at the Iveagh Gardens

Visitors to Dublin often make a beeline for St Stephen’s Green, not realising that there’s a smaller but equally lush public park just up the street. Less well known and partially hidden behind a row of buildings on Harcourt Street, the Iveagh Gardens are sometimes referred to as Dublin’s secret garden. The spot was originally an earl’s lawn, and there’s plenty to appreciate in this relaxing green space – particularly the waterfall, which cascades over a formation made from rocks taken from each of Ireland’s 32 counties. Gardeners will want to check out the pre-1860s rose varieties in the Victorian Rosarium. 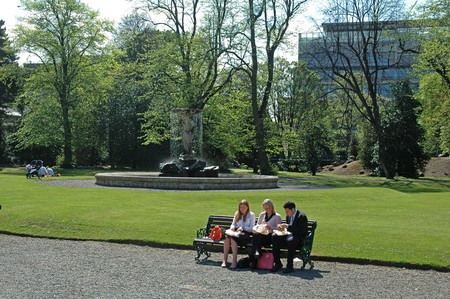 Make yourself at home at The Little Museum of Dublin

The Little Museum of Dublin is Ireland’s top museum for many reasons, one being its location inside a landmarked Georgian townhouse on St Stephen’s Green. A far cry from stuffy exhibition halls, this homely museum illuminates the story of Dublin through experiences such as a fan-curated U2 display. Entry is by guided tour only, and these book up quickly, but a €15 flexible ticket guarantees a place on any tour that day. Make sure to also try Hatch & Sons café below the museum – it serves beef and Guinness stew, and sandwiches in blaas (soft bread rolls made only in County Waterford). 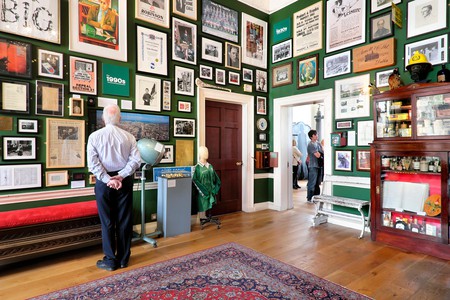 Seek out a free exhibition of modern Irish art

Dublin has a vibrant contemporary art scene that is often best experienced outside of the well-known museums. Check for exhibitions at Atelier Maser, the gallery space of the large-scale mural artist whose street art dots the city, or Hang Tough, a gallery, framer and fine-art printer in Portobello. The Tara Building – an eye-catching co-working space on Tara Street that was vibrantly decorated by Maser himself – frequently holds exhibitions and creative events, as does Lucky’s bar on Meath Street, where the colourful beer garden has been adorned by local artists. 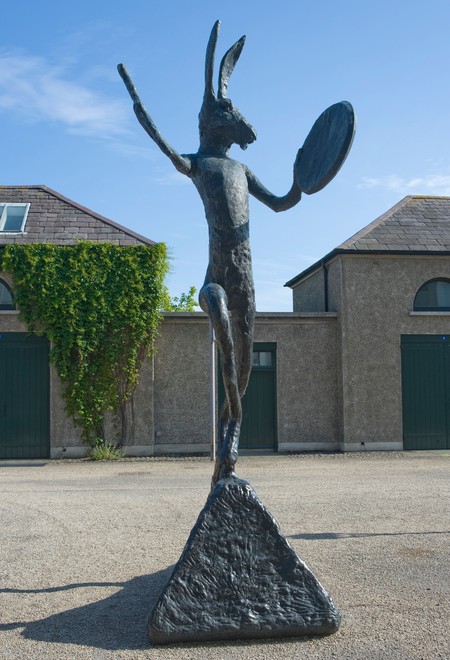 Pulling the ideal pint of Guinness is no simple task. Variables such as the temperature it’s stored at (6C or 42.8F is optimal) and the length of time it’s allowed to settle (about 90 seconds is prescribed by Guinness) all affect the end result. Luckily, the perfect two-part, six-step pour can be taught – just head to the Guinness Storehouse. Adult tickets for the Guinness Academy start from €18.50 and include a complimentary – hopefully flawless – pint. While you’re here, stop by the seventh-floor Gravity Bar, where the view stretches as far as the Wicklow Mountains. 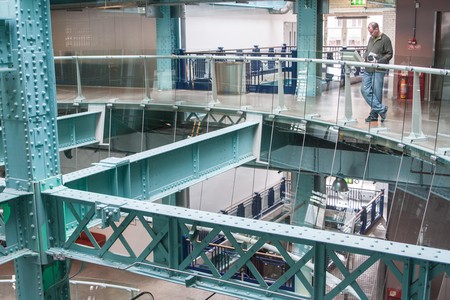 This article is an updated version of a story created by Richard Lawler.