The Story Behind the Jealous Wall in Ireland 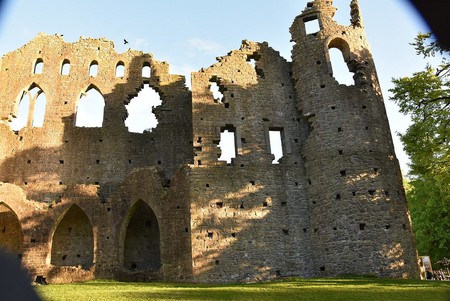 Located in Belvedere House in Ireland‘s County Westmeath, the ‘Jealous Wall’ is little more than a stark, rugged ruin. In fact, it was never more than a ruin, but the story behind this unlikely architectural treat is one of family deceit, rivalry and 18th-century relationships that sound farfetched by the standards of your favourite soap opera.

Mullingar, in County Westmeath in the heart of the Emerald Isle, is arguably best known today for being the home of former One Direction singer Niall Horan. A few miles outside the county town, Belvedere House, a grandiose Georgian building on the banks of Lough Ennell, is one of the more impressive bits of local architecture. It’s open to the public, alongside its sizeable gardens.

The story goes that Robert Rochfort, a semi-aristocratic type, decided in the mid-1730s that he wanted to marry a popular Dublin artistic youngster, a 16-year-old called Mary Molesworth. Molesworth was initially disinterested, but he managed to change her mind, and they eventually settled down and had four children. It was ultimately Rochfort, however, who struggled to adapt into family life.

When Rochfort was away (a regular occurrence given his political roles and increasing dislike of his family surrounds), Molesworth frequently visited her husband’s brother, Arthur, as a break from childcare, with Arthur being the couple’s nearest neighbor. At the time, the couple lived in a house called Gaulstown, with Belvedere yet to be built. 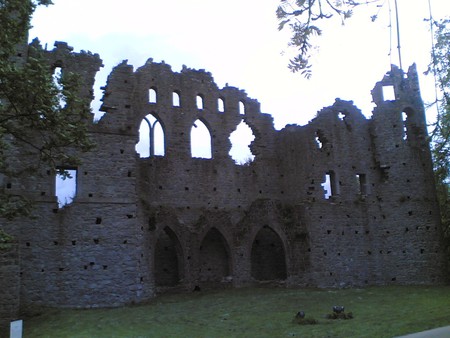 Having spent time away, Robert returned having turned sour on the marriage and accused Mary of having had an affair with Arthur. By most accounts of the story, this accusation was unfounded, and Arthur denied it, but Mary confessed, apparently having had enough of Robert and hoping to push through a separation and divorce. Arthur fled the country, however, and under Irish divorce law at the time, which was extremely strict, that meant the couple couldn’t legally separate.

Instead, they continued to share the house despite having broken up, with Robert essentially planning to keep Mary in the home for the rest of her life. Robert had become something of a local figurehead, obtaining power as an MP and Earl who was also popular with the British rulers in Dublin. He was all but untouchable as a result.

Having found himself angered by Mary’s continued presence in his home, though, Robert eventually built another house to live in himself, Belvedere House, and moved into it. Belvedere is a spectacular mansion, but was later somewhat outdone by Robert’s brother George, who built a still grander one on the same grounds. In response, Robert cut him out of his life. George had previously been close to Robert, and may also have played a role in turning Robert against Mary. 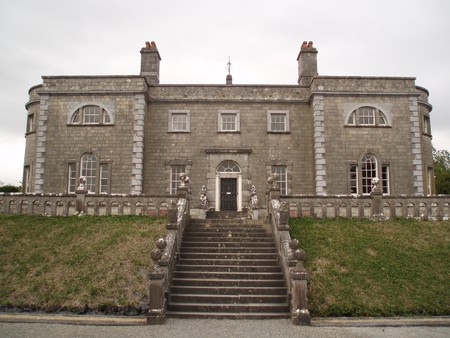 It’s probably fair to say that Robert was generally an extremely difficult character, with other aspects of his story involving suspicious deaths that were ultimately in his interests, many of them among his own family, including the deaths of his mother and father, both of which occurred at times that suited Robert.

George’s house, named Tudenham, is the reason for the ornate Jealous Wall. Robert couldn’t stand to look at Tudenham, and built the (latterly named) Jealous Wall to obstruct the direct line of sight between Belvedere and George’s new home. Mary lived with Robert until he died in the 1770s, maintained her innocence of any affair throughout. Robert damaged her reputation locally by putting out stories implying she was insane.

Tudenham fell into disrepair, and unlike Belvedere, is now little more than an overgrown ruin, though its stone outline is still visible from the reverse of Rochfort’s jealous blockade, with tour guides at Belvedere House left to tell the family’s story. Perhaps it’s for the best that the family’s dramatic tiffs remain only in their structural forms.