The History Of The Gaelic Athletic Association In 1 Minute

Founded in 1884, the Gaelic Athletic Association (GAA) was created to revitalise those Irish national pastimes – such as hurling – that were in danger of dying out. The resurgence of traditional Irish sports that followed contributed deeply to a broader sense of Irish nationalism growing within the country, which at the time was still part of the United Kingdom.

The GAA had seven founding members, but the driving force behind its establishment was Michael Cusack. An Irish teacher from close to The Burren in County Clare, Cusack was what is called a ‘romantic nationalist.’ He was active in the fight of the Gaelic revival to preserve the Irish language and deplored the decline of Irish customs and games that had accompanied British occupation.

The date was chosen because of a story that stated Samhain (November 1st) was the day when the mythological Irish warriors called the Fianna had lost their power. The GAA was intended to bring a sense of national pride back to the Irish public, who were suffering from intensely low morale. Many of the seven founding members were part of Irish Republican organisations like the Fenian Brotherhood and Irish Republican Brotherhood. 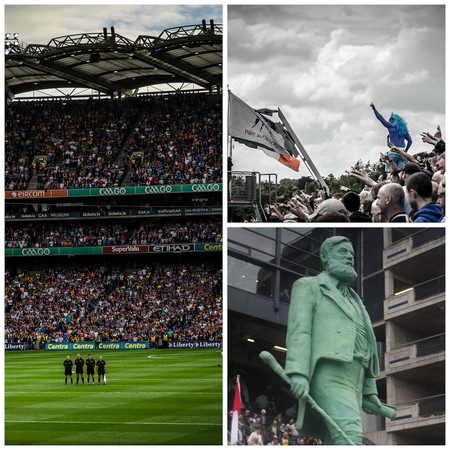 Once the GAA was established, it received backing from Thomas Croke – the then-Archbishop of Cashel – as well as Michael Davitt and Charles Stewart Parnell. In 1886, the county committees were established, and a year later, the first All-Ireland Championships were held, Tipperary winning in hurling and Limerick in football.

The GAA succeeded in restoring Irish pride in their native pastimes – to this day, Gaelic football and hurling are Ireland’s most popular sports – and played its own part in the wider cultural shift that led to the Irish revolutionary period from 1916 on. This aspect of its history was not without bloodshed; in 1920, during the Irish War of Independence, 12 spectators and a player were killed in a raid at a Gaelic football match at Croke Park, following the IRA’s assassination of 12 British military personnel and two civilians. The Irish Republican Brotherhood frequently used GAA matches as recruiting grounds.