The Best Outdoor Activities in and Around Dublin 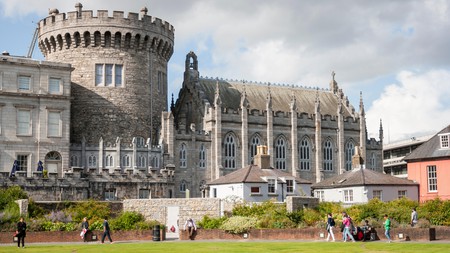 Dublin is a city that begs to be explored. Be it for history, culture, communion or cheer, you can find something on every street corner, so head out and take it all in – don’t just spend your holiday in Temple Bar.

The temptations of a trip to Dublin are obvious. At some point, you’ll want a pint of Guinness. At another, you’ll want whiskey (not ‘whisky’ – never make that mistake with an Irishman). You’ll want to catch a game of hurling, see a fiddle player and buy something with a shamrock motif. And who can blame you? But there is far, far more to the Irish capital than stag-dos and shillelaghs; beyond the tourist traps of Temple Bar, there is a city that has everything you could ever want. Get out of the pubs – at least for a little while – and do Dublin properly. 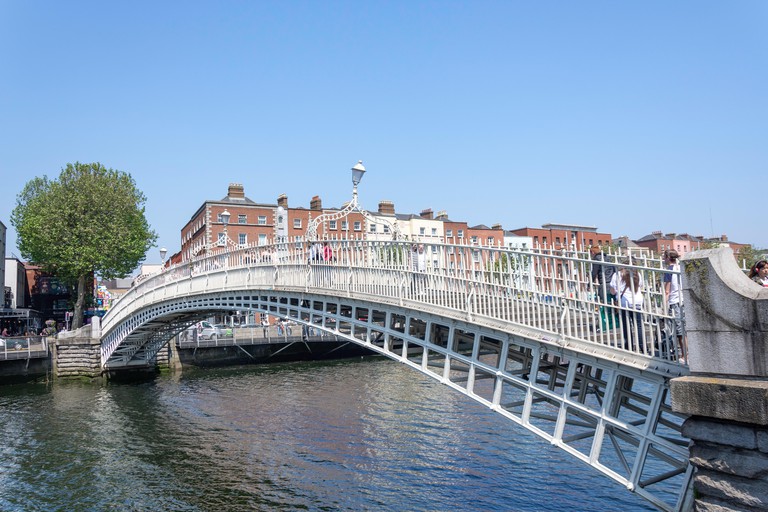 © Greg Balfour Evans / Alamy Stock Photo
Book Now
No trip to the Pale (as the capital is affectionately known) is complete without a sojourn across the Ha’Penny Bridge, one of the most beautiful bridges of its kind in all of Europe. Don’t panic over a lack of spare change, however – its toll, which was once a half-penny, and gradually became a penny and a half – was abolished by the revolutionary government of Éamon de Valera in 1919. So be sure to thank the brave souls who fought to establish the Irish Republic every time you saunter over the River Liffey on the Ha’penny Bridge; among many other things, they just saved you some shrapnel.
Open In Google Maps
Bachelors Walk, Temple Bar, Dublin, County Dublin, Ireland
Visit Website
Give us feedback 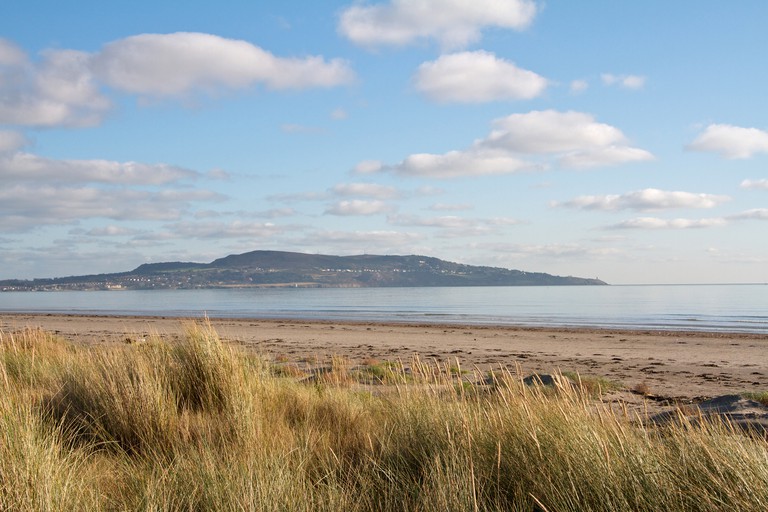 © lensmen / Getty Images
You’re not likely to get the sweltering weather of St Tropez when heading to Dollymount Strand, but there is no better place to take in the astonishing natural beauty surrounding the capital. The walk to the beach is breathtaking enough: a sweeping promenade that takes you along Bull Wall, with the majesty of Dublin Bay in front of you, and the ocean air in your lungs. But once you arrive, you’ll find yourself captivated by the flat, nearly infinite plains tracing far off into the distance, barracked by undisturbed sand dunes. You’ll feel like you’re a million miles from the city centre, or any city centre. And if you’re lucky, you might see an otter.
Open In Google Maps
Clontarf Dublin, County Dublin, Ireland
Give us feedback 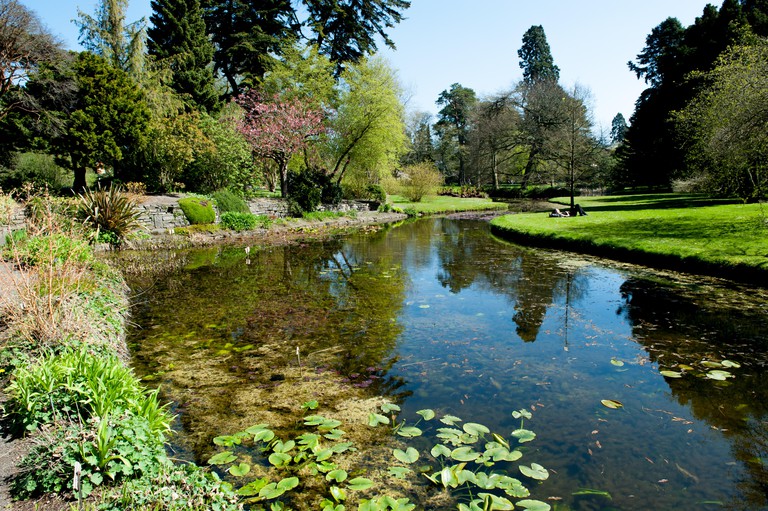 © Republic of Ireland / Alamy Stock Photo
For the green-thumbed traveller, or for anyone who just appreciates a good garden, the National Botanic Gardens in the northern neighbourhood of Glasnevin is a perfect place to spend an afternoon. Founded in 1795, after being sold to the Irish Parliament by the poet Thomas Tickell, the gardens are one of Dublin’s most popular attractions, as well as the site of extensive horticultural research. The gardens even serve as a safe haven for over 300 species of plants that are endangered in the wild, and six that have become extinct in the wild altogether, so you can guarantee that you’ll be marvelling at plants that you may not ever see again. Just don’t pull on their leaves, no good can come of it.
Open In Google Maps
Glasnevin, Dublin 9, County Dublin, D09 VY63, Ireland
+35318040300
Visit Website
Give us feedback 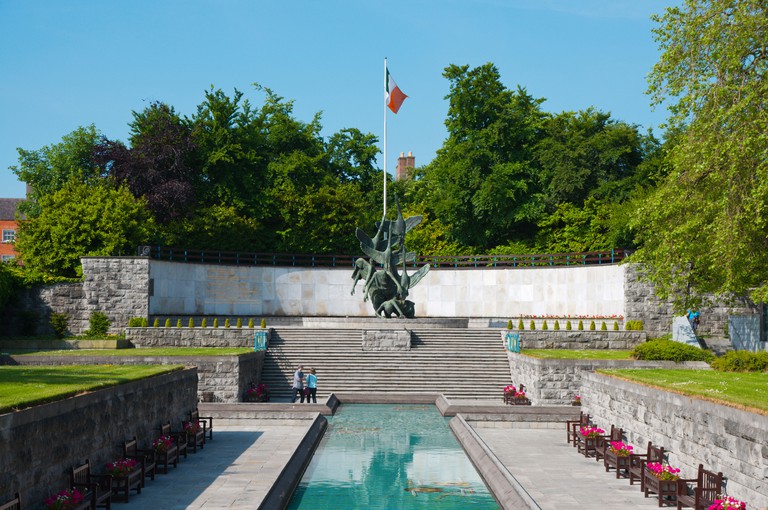 © Peter Erik Forsberg / Alamy Stock Photo
As one of Ireland’s most sombre and hallowed spaces, the Garden of Remembrance, tucked away in Parnell Square, is as necessary a visit for locals as it is for tourists. Dedicated to the struggle for Irish freedom that so beset the nation until its eventual liberation from the British, the Garden of Remembrance is tranquil and well manicured, but unflinching in its use of symbolism. Statues and plaques show visions of battles past, as poems commemorate the sacrifice of Irish revolutionaries like James Connolly, Maud Gonne and Constance Markievicz. Without their agitation and faith in the cause of a free and equal Ireland, Dublin would not be the city it is today.
Open In Google Maps
Parnell Square East, Rotunda, Dublin 1, County Dublin, Ireland
+35318213021
Visit Website
Give us feedback 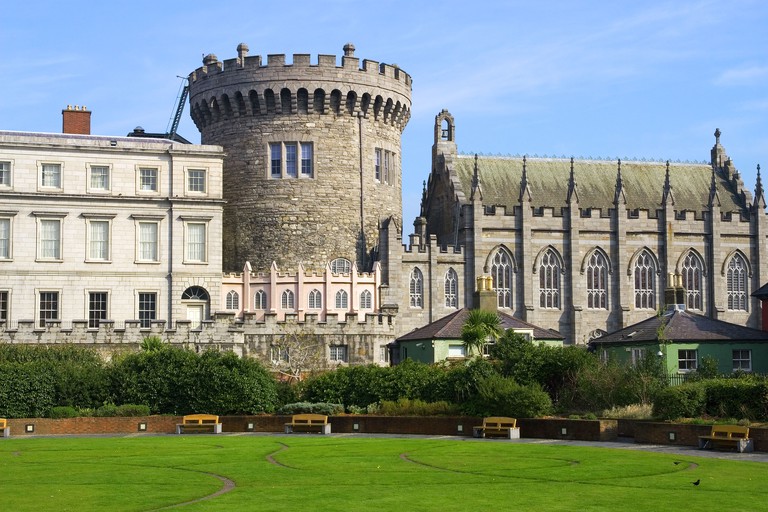 © Artur Bogacki / Alamy Stock Photo
Book Now
Formerly the seat of the British Crown in Dublin, before it was turned over to the Provisional Government led by Michael Collins in the advent of the Anglo-Irish Treaty in 1921, Dublin Castle is one of the finest examples of classical architecture in all of Ireland, and a bustling tourist attraction all year round. Its plush surroundings have been used as the site of hundreds of international conferences, banquets and concerts. It has even been used as a primary location in films like Stanley Kubrick’s Barry Lyndon (1975), and TV series like The Tudors, where it was dressed up to appear as the Vatican – an apt bit of location scouting that will no doubt bring a smile to any Roman-Catholic grandmother.
Open In Google Maps
Dame Street, Dublin 2, County Dublin, Ireland
+35316458800
Visit Website
Give us feedback 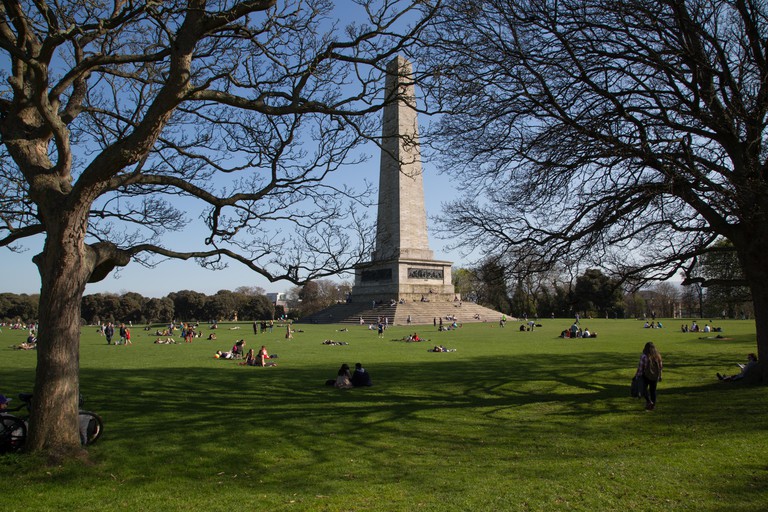 © Mark Henderson / Alamy Stock Photo
Book Now
Dublin’s answer to Central Park is Phoenix Park, the largest enclosed green space in any European capital with sprawling verdant turf that follows the natural contours of the city’s foundations. Despite its popularity, Phoenix Park is so gigantic that you can always find your own little corner. Pack a picnic and your binoculars, and bunker down for a bit of summertime deer spotting. Or leave the binoculars at home, and use that space in your bag for more wine. Either way, you’ll enjoy yourself.
Open In Google Maps
Dublin 8, County Dublin, Ireland
+35318205800
Visit Website
Give us feedback
Give us feedback