The Best Hotels in Kilkenny, Ireland 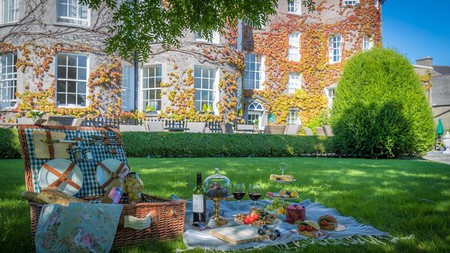 Slink down to southern Ireland to the delightful town of Kilkenny, which served as the capital of Ireland for nine years in the mid-17th century. Here’s our pick of where to stay – bookable on Culture Trip.

Here, you will find a fascinating spread of history, with medieval castles, churches and abbeys to investigate. Atmospheric Dunmore Cave is another top attraction close to town. If you’re after a little retail therapy, characterful independent stores line the colourful streets. 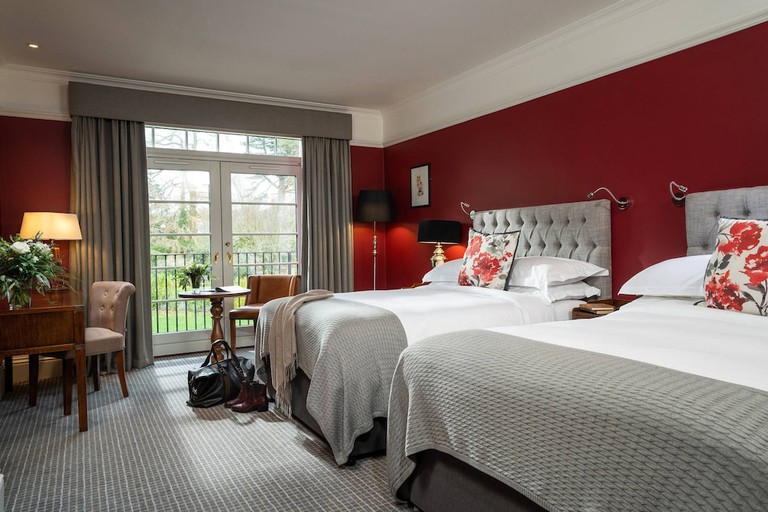 Inject a good dose of romance into your getaway with a stay at Mount Juliet. This sprawling 202ha (500-acre) estate, overlooking the River Nore, was built by the first Earl of Carrick and named after his beloved wife, Lady Julianna Butler. At the heart of things is a Georgian-era manor house with 32 lavish rooms and show-stopping suites. The Hunter’s Yard coach house, around the corner from the manor and adjacent to the golf course, has also been transformed into an upscale accommodation block. The Michelin-starred Lady Helen restaurant has creative tasting menus and an extensive wine list that promises to satisfy. 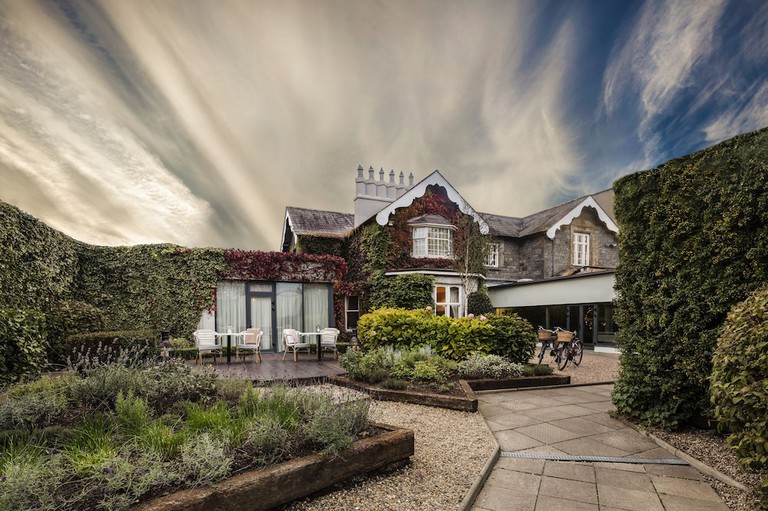 Courtesy of Newpark Hotel / Expedia.com
View Rooms
From $130 Per night per room

On the edge of Kilkenny, the four-star Newmark is a leafy retreat set amid 16ha (40 acres) of parkland. While it is built on the site of an elegant 19th-century manor, the hotel boasts plush modern interiors, which appeal to the 21st-century traveller. There are 132 superbly appointed bedrooms, with most looking out over the gardens. All guests have access to the state-of-the-art spa and fitness club and the on-site restaurants. Scotts Bar & Brasserie has a warm and welcoming atmosphere with booth-style seating, while Gulliver’s restaurant has a more formal feel, with complex recipes to tickle the taste buds. 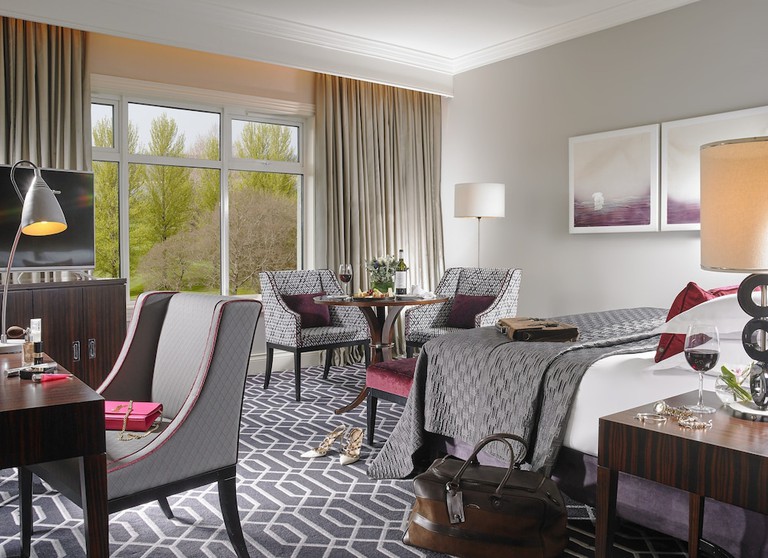 Courtesy of Lyrath Estate Hotel / Expedia.com
View Rooms
From $205 Per night per room

Make a 17th-century manor and its sprawling grounds your home over at the Lyrath Estate. This stately home has been meticulously restored to its former glory, and now plays host to several guest rooms, with a sumptuous bar at the heart of things. There is also a modern extension that doesn’t detract from the period property, and the rooms and dining options in this wing feature furnishings fit for the 21st century. The penthouse is seriously impressive, complete with massage chairs and lofty views. Make the most of the spectacular 69ha (170-acre) grounds by upgrading to a deluxe balcony or patio room that grants you direct access. 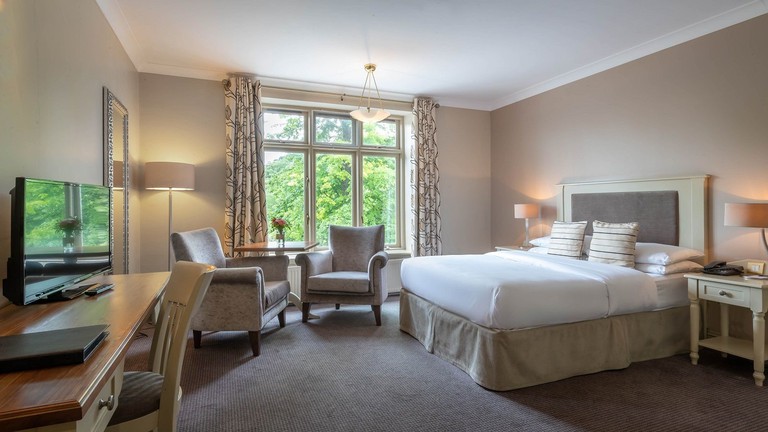 This hotel sits pretty as a picture on the banks of the River Nore in the heart of Kilkenny. All of the 102 rooms feature crisp cream-coloured interiors, with some boasting great views of the city’s 12th-century castle. If you feel like pushing the boat out, there are two suites that have more of an old-world feel and one has a private balcony. The hotel’s riverside bar, restaurant and terrace are popular spots, with a convivial atmosphere across all three venues. 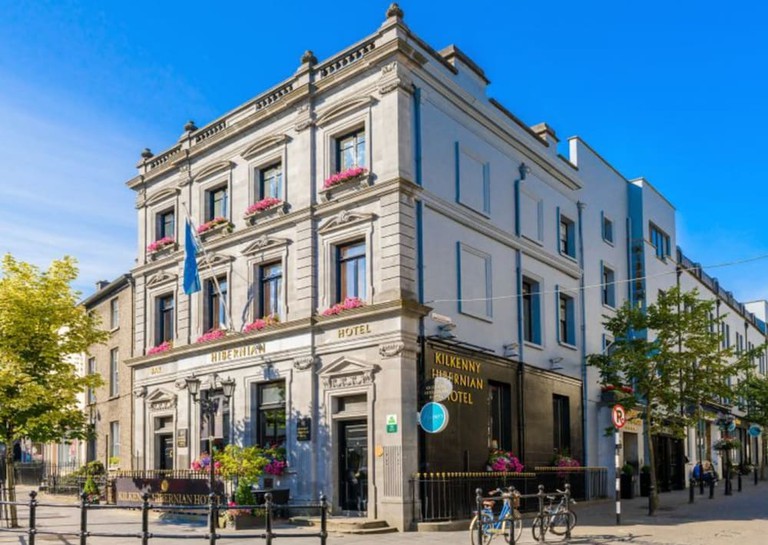 Courtesy of Kilkenny Hibernian Hotel / Expedia.com
View Rooms
From $122 Per night per room

Step inside this smart Georgian property and prepare to be wowed. The Kilkenny Hibernian features stylish and playful interiors, which lend themselves to an Instagram shot or two. From the warmly lit restaurant and bar area with leather swivel chairs to the bedrooms with pops of turquoise and hot pink, this place is filled with little touches that catch the eye. The Hibernian Bar, which is a local fixture, breaks away from the hip interior design with some good old Irish charm. This traditionally styled spot is famed for its gin and tonic selection, along with its impressive array of Irish whiskeys.

Courtesy of The Hoban Hotel Killkenny / Expedia.com
View Rooms
From $87 Per night per room

Set just outside of the city centre, the Hoban Hotel – named after James Hoban, a pioneering Kilkenny-born architect who designed and built America’s White House – delights with modern retro interiors and a relaxed atmosphere. There are 80 spacious rooms, with Elemis bath products to indulge in. The 1801 restaurant is a great place to socialise, with an all-day dining menu available. The hotel’s cooked Irish breakfast will set you up for the day; come nightfall, tuck into a hand-made pizza. 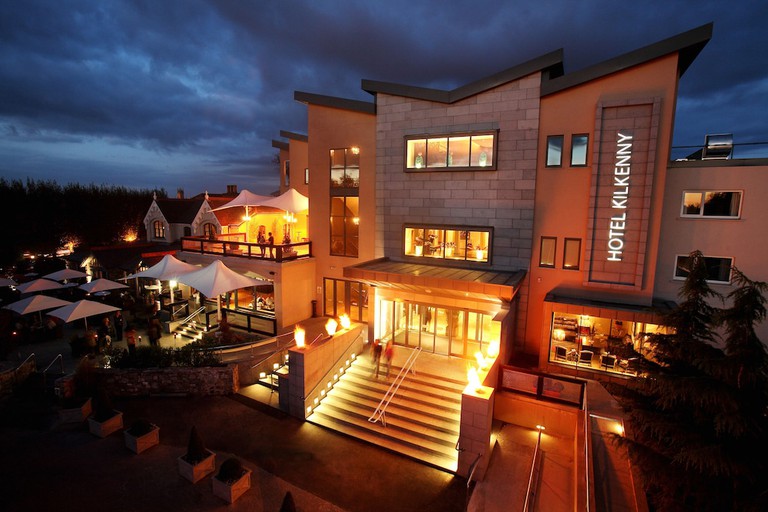 Courtesy of Hotel Kilkenny / Expedia.com
View Rooms
From $106 Per night per room

This four-star hotel has a pretty eclectic exterior – the result of various renovations – but inside, there’s a tasteful modern theme running throughout. There are 138 well-appointed rooms; deluxe rooms in the newer wings feature marble-clad bathrooms and sumptuous king-size beds. But the real perk of this place is its state-of-the-art leisure club complete with a pool, gym and fitness classes throughout the week. The hotel is a five-minute walk from the city centre.

Courtesy of Pembroke Hotel / Expedia.com
View Rooms
From $159 Per night per room

Wake up to the sight of Kilkenny Castle’s turrets at this fresh and modern four-star hotel. The Pembroke’s Castle View rooms boast unbeatable views of the famous landmark, while all of the rooms benefit from large windows which allow for plenty of natural light. Ease your way into your holiday with a trip to the on-site mini-spa, where you can get everything from facials to massages. Another top place to unwind is at the atmospheric restaurant, Statham’s (named after the Statham-Ford Special racing car, which was built on the site); the delicious Castle Maker Mojitos are a must-try. 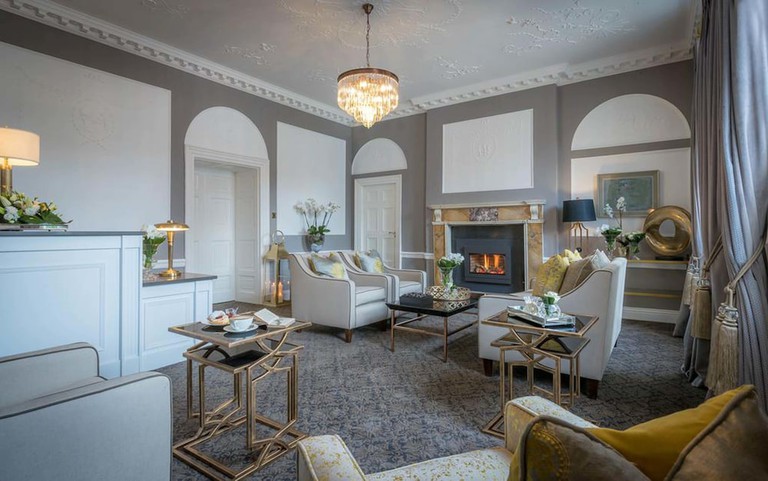 It’s not every day you’ve got a castle as your neighbour, but at Butler House, you’re right next to the historic fort. This attractive, manor-style property served as the Dower House of Kilkenny Castle until 1786, before being transformed into an upscale boutique hotel and conference centre. The individually furnished rooms with exquisite interiors that blend the old with the new. Book a spacious superior room overlooking the walled garden and the castle beyond; the Lady Eleanor suite boasts a decadent gold king-sized bed, which lends itself to an indulgent lie-in or two. If you miss breakfast, the popular afternoon tea is a top option, with a glass of prosecco for an extra treat. 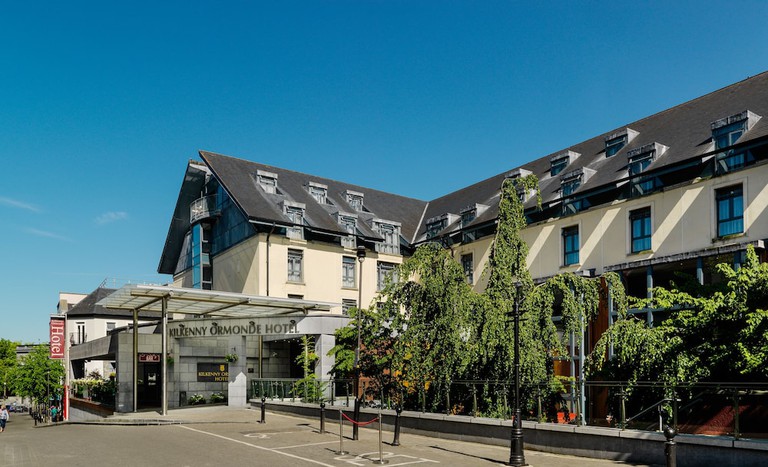 Courtesy of Kilkenny Ormonde Hotel / Expedia.com
View Rooms
From $100 Per night per room

Priding itself on being the only city-centre hotel with a swimming pool and luxury spa, the Kilkenny Ormonde has an impressive mix of amenities. There are 118 rooms, from classic rooms to suites. The hotel has a clubby, modern feel, with velvet used in abundance, and shades of gold, silver and purple swathed around the place. The art deco-inspired Hoban cocktail bar and brasserie make for an inviting place to unwind after a day of sightseeing. Plump for a punchy Cosmopolitan or Mimosa and dig into a hearty spread, with the Irish beef burger with twice-cooked chunky chips being a house favourite.