The Best Fish And Chips In Dublin

Since its first so-called ‘chipper’ opened in the 1880s, Dublin has been known for its fish and chips. Loved by celebrities and laymen with equal fervour, this is a dish that the city has successfully made its own. From decades-old chains to seaside tapas bars, here are the best places in the Irish capital to find traditional fish and chips. 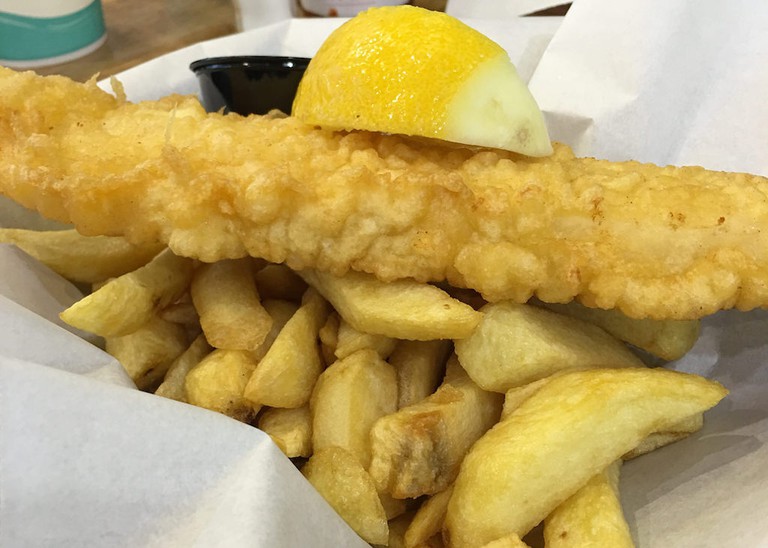 Beshoff Bros fish and chips | © Carlos Pacheco/Flickr
Howth’s Beshoff Bros fish and chip shop have been in business for more than three-quarters of a century. Established by Russian immigrant Ivan Beshoff, the chain has become arguably Dublin’s favourite source of fish and chips, with stores in the seaside suburbs of Howth, Clontarf and Malahide, as well as two city centre outlets. When their main competitor, Leo Burdock, opened a store in Howth in 2015, it was described by locals as a ‘fish ‘n’ chip war’, but one year on, the two appear to have found a way to co-exist.
Open In Google Maps
12 Harbour Road, Howth Dublin, County Dublin, D13 X4P8, Ireland
+35318321754
Visit Website
Give us feedback 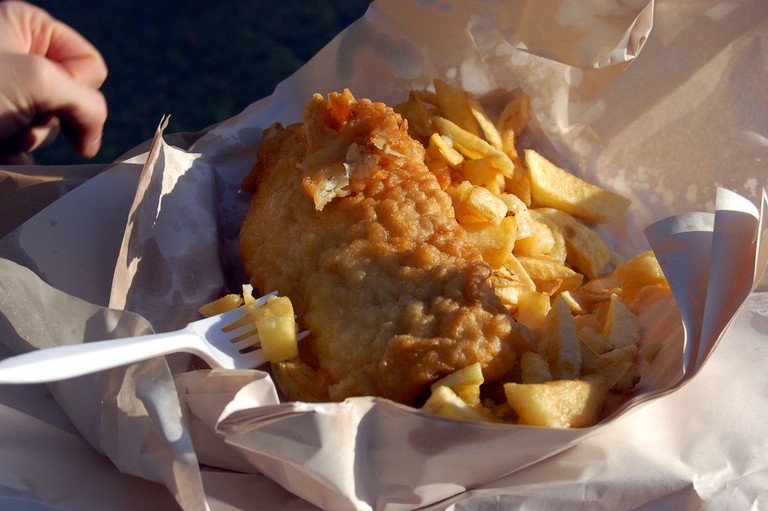 The first Leo Burdock opened in the Christchurch area in 1913, under the ownership of the Burdock family and named after their son Leo. Another Dublin institution for fish and chips, today their many loyal customers can also find them in Temple Bar, Dundrum, Rathmines, Tallaght, and several other locations across the city. Their traditional fresh cod and chips, nicknamed ‘the Dubliner’s caviar’, also attracts celebrities. According to their ‘Hall of Fame’, everyone from Sandra Bullock to Snoop Dogg has dropped into Burdock during a visit to Dublin.

Though a more recent addition to Dublin’s fish and chip scene than the previous two options, Fish Shop in Smithfield has quickly risen to the ranks of best-loved. Like so many of the city’s best new dining and retail spaces, Fish Shop started out as a pop-up, but now their permanent shop in Benburb Street serves beer-battered catch of the day with hand-cut chips all year-round, every day of the week except Monday. Alternative options include a hake and fennel fish burger with apple and mint slaw. 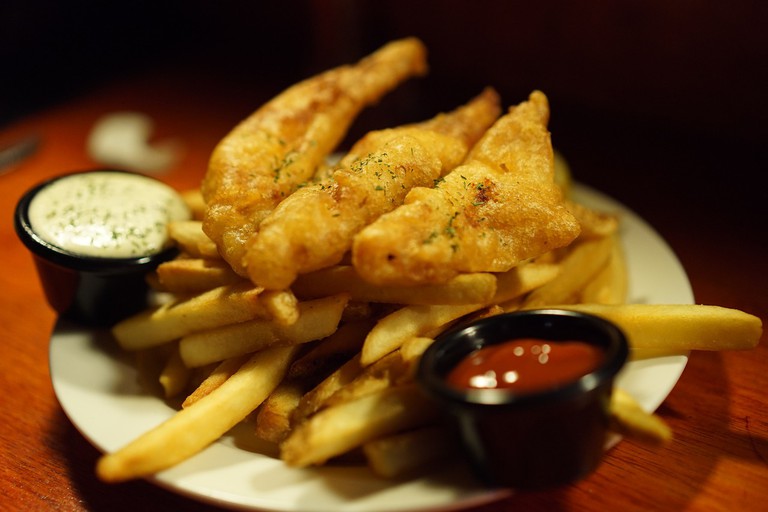 Cervi on Drury Street was named after the Italian man who opened Dublin’s first fish and chip shop. Pre-dating both Beshoff Bros and Burdock, Giuseppe Cervi and his wife set up a ‘chipper’ on Pearse Street during the 1880s. Part of the Super Miss Sue takeaway and restaurant complex, Cervi may offer a respectful nod to history, but like Fish Shop, their menu is decidedly modern. Here you can get a fish finger buttie (sandwich) with crushed peas and tartare sauce, or a ‘Moby Dick’ – a crisp fillet of cod sandwich with cheese and iceberg lettuce – served with fruity San Pellegrino sodas. 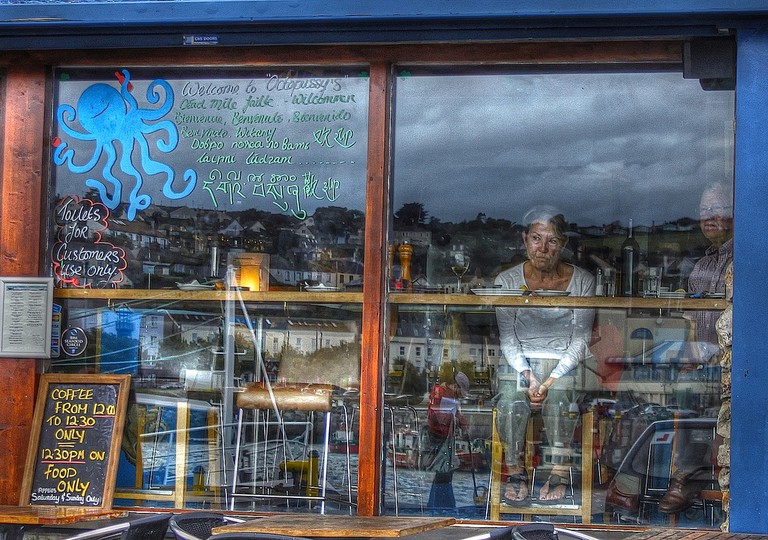 There is a reason why many Dubliners are content to drive to Howth for their weekly purchase of fish – the working harbour in this once-small fishing village is still one of the city’s best sources of freshly caught seafood. For that same reason, Octopussy’s tapas bar on Howth’s West Pier is one of Dublin’s finest seafood restaurants. It is served by its own fish shop right next door, ensuring the Irish sea hake, cod, whitebait and more that they plate up every evening is always delicious. For their fish and chips, they offer a choice of fresh or smoked fish, which is then deep fried in a light beer batter.