The Best Coastal Destinations In Ireland

Slea Head on the Dingle Peninsula | © High Contrast / Wikicommons
The island of Ireland is surrounded by over 1,450km of coastline. Counties all across Ireland and Northern Ireland are home to breathtaking vistas and views. Here are the best coastal destinations on the island itself.

Curracloe Strand is the longest beach in Ireland. Complete with golden sand, it lies just northeast of the town of Wexford, Ireland. Curracloe Strand and nearby Ballinesker Beach were used in the filming of Saving Private Ryan, due to the similarities between the sandy beaches of Normandy, France. Curracloe Strand is an ideal family getaway, with the perfect landscape for sandcastle building and walks along the shore. 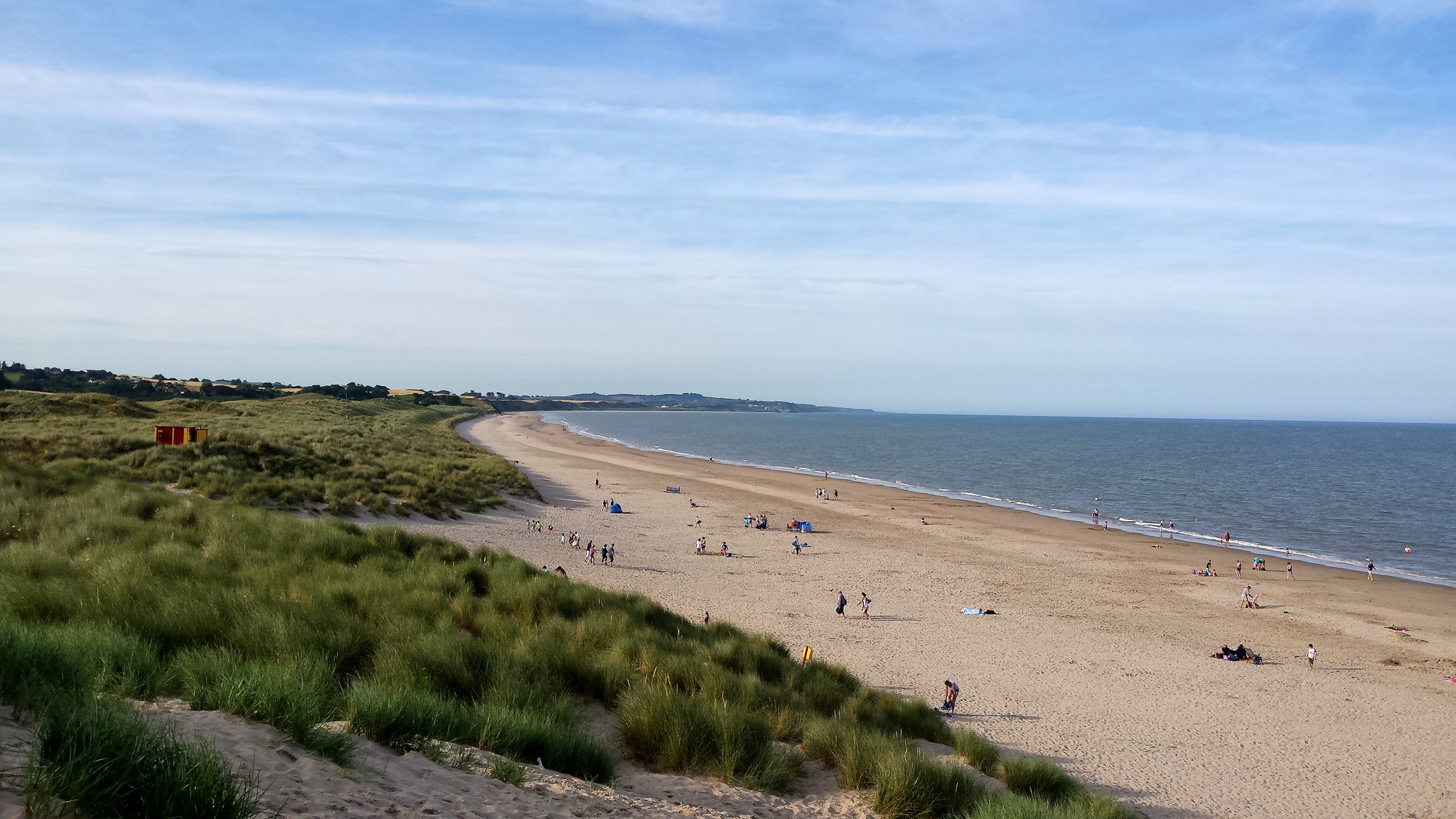 Located in the north of County Wicklow, Bray is a busy seaside town with something to do for people of all ages. The coastal town is easy to access via the DART commuter train running from Dublin city. The town of Bray is filled with cafes and seafood restaurants as well as National Sea Life Bray, an adorable aquarium containing sharks and tropical and native fish. For those feeling more adventurous, the cliff walk leading to Bray Head is a pleasant on a nice sunny day. 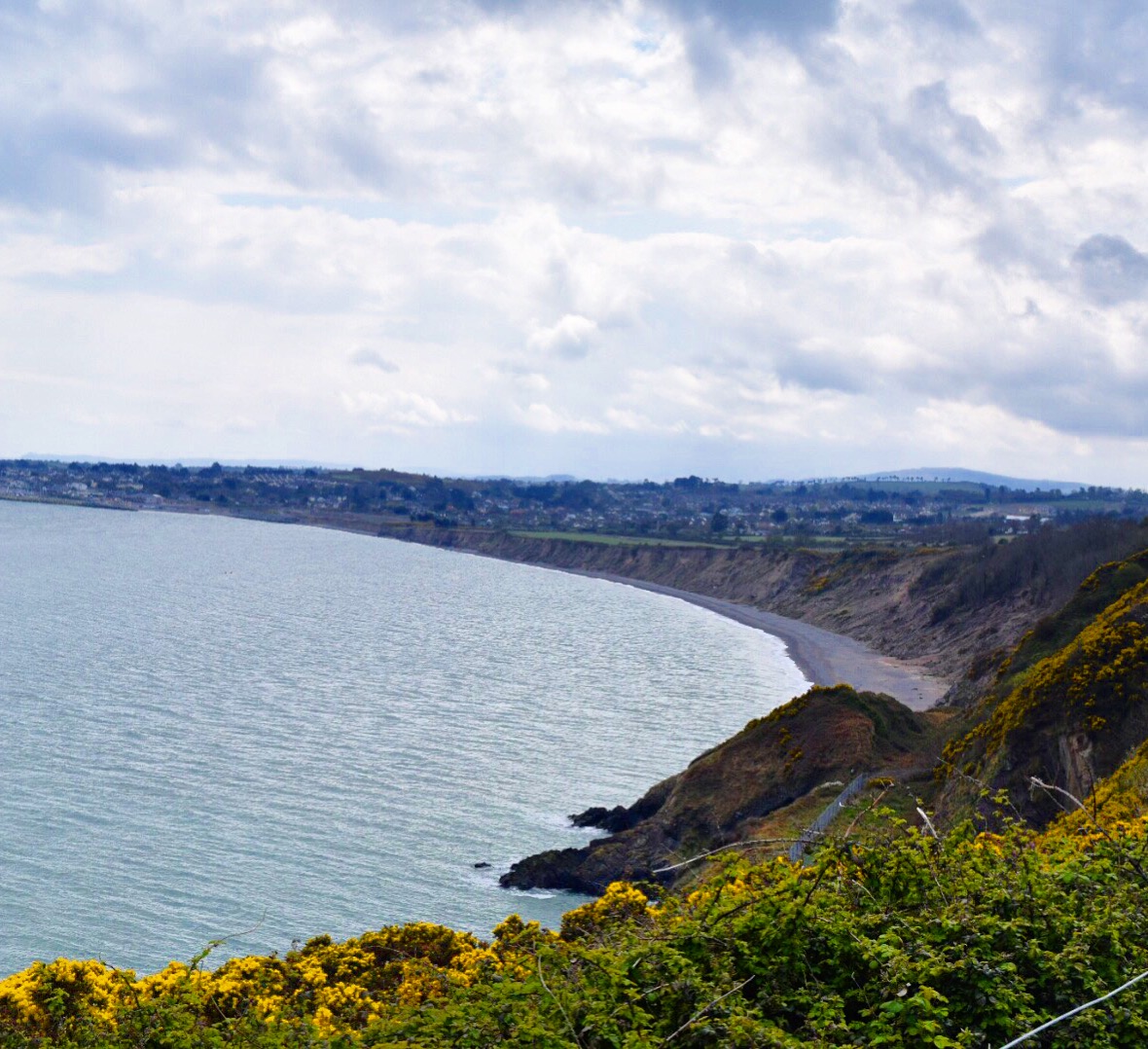 Perhaps the most famous beach in Ireland, Inch Beach stretches along three miles of coastline in the West of Ireland. Accessible by public transport from the 276 bus from Bus Eirreann, Inch Beach is a quiet coastal getaway located near popular tourist destination the Ring of Kerry. On clear warm days, surfers enjoy the swells while dolphins and sea otters bask in the bay. Sammy’s Café, located on the beach, is the ideal place to finish the day with a sweet treat. 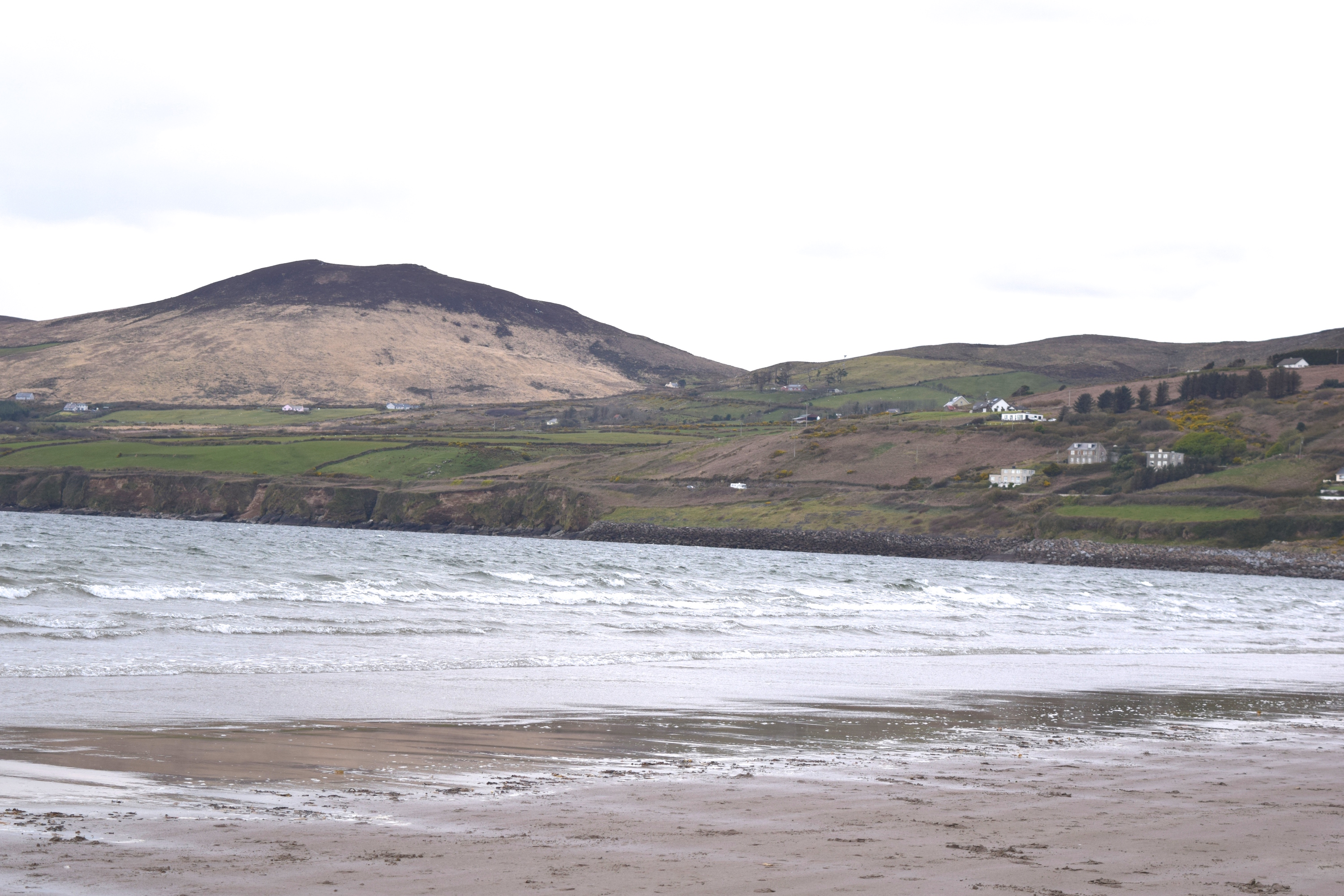 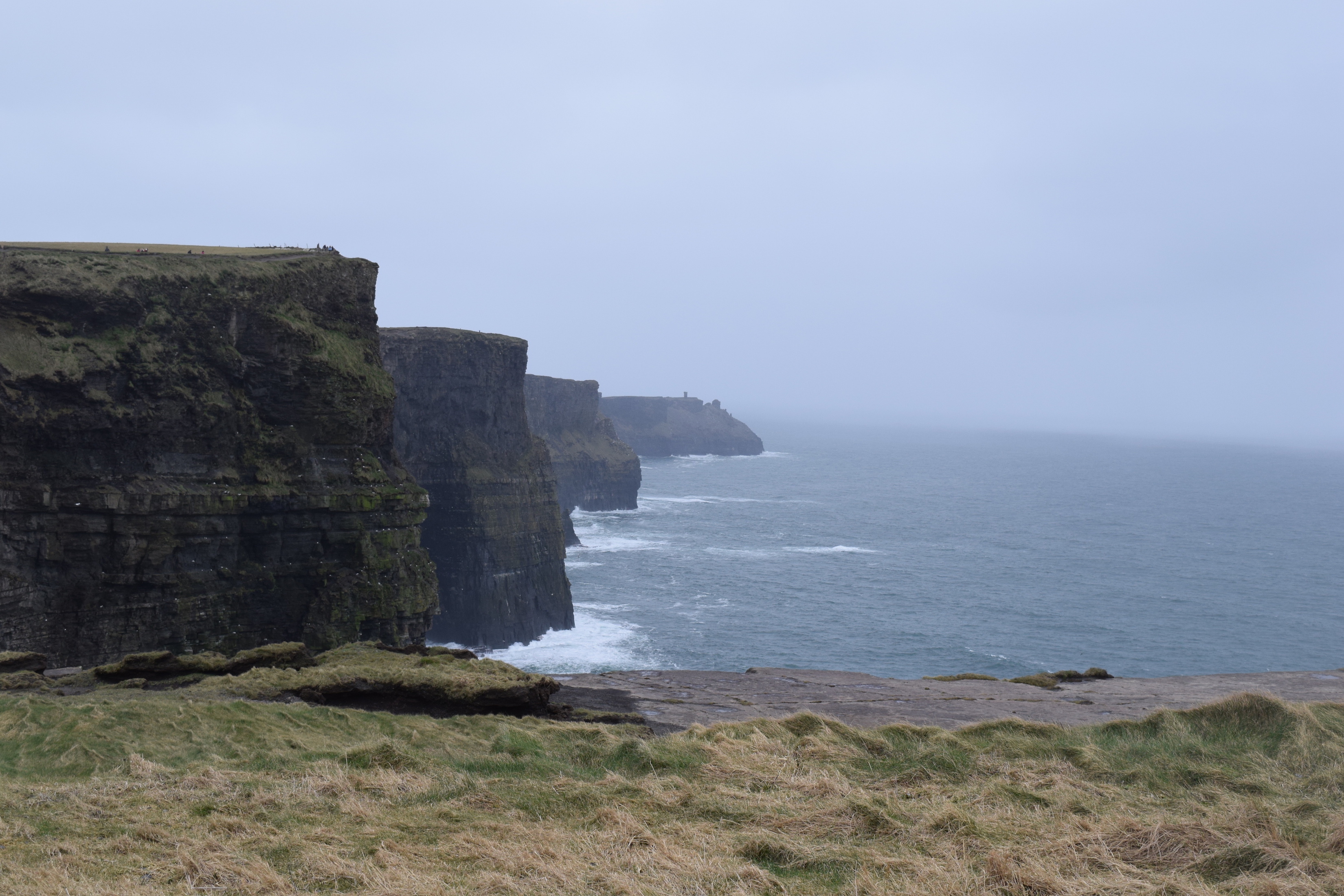 Journey up north to Sligo, Ireland and you’ll find the charming village of Rosses Point and its surrounding peninsula. Rosses Point has a lovely walk along the cliffs that is easily accessible and a flat hike appropriate for walkers of all ages. Sligo was home to author William Butler Yeats, who spent his summers at Rosses Point and whose gravestone is a close drive from the pleasant beaches. Rosses Point is also home to the Sligo Yacht Club and the County Sligo Golf Club, which hosts the annual West of Ireland championship. 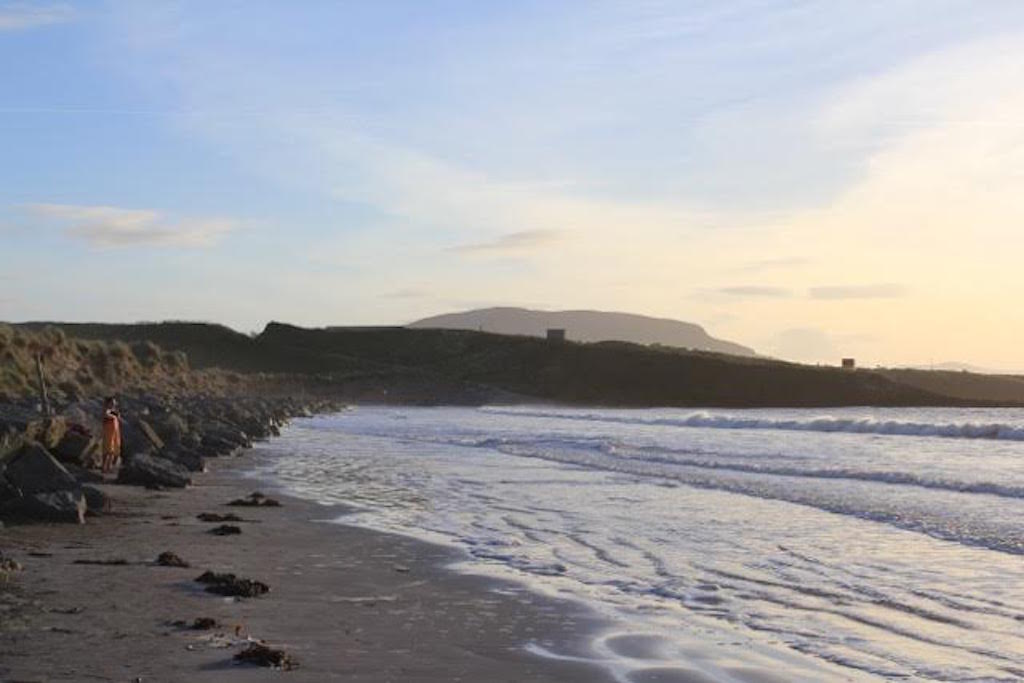 The largest of the Aran Islands, Inishmore is a perfect getaway from the bustle of Dublin or Galway, with beaches and charming bed and breakfasts. The island itself is a Gaeltacht area, meaning the residents are loyal to speaking the Irish language. Popular tourist destinations include the ruins of the Seven Churches and the Aran Sweater Market for those looking to do some shopping for traditional Irish wools. The island is serviced by Aran Ferries from Rossaveal and Doolin, near Galway city, and from Inishmore Aerodome to Connemara Airport. 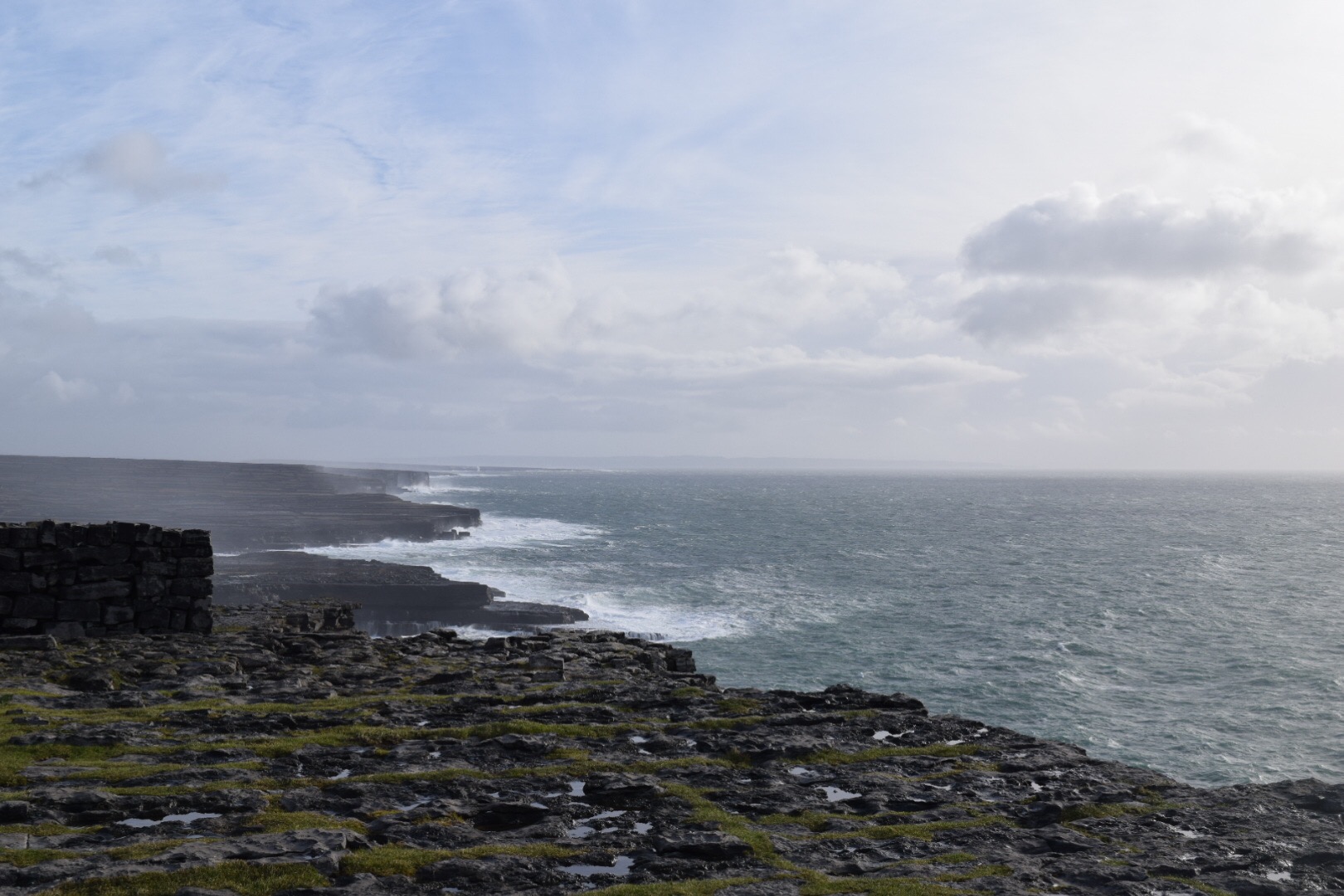 Situated directly on Galway Bay, Galway city is a quaint Irish getaway with all the excitement of a small city. Walk along the beautiful coastline out to Galway Harbor Lighthouse, and get a lovely view of the ocean and the coastline on a sunny day. Galway City also has excellent pubs in the city center, such as the King’s Head Pub; home to delicious fish and chips. Walk even further along the coast and you’ll find Salthill, which has Leisureland, an amusement center open all year round. 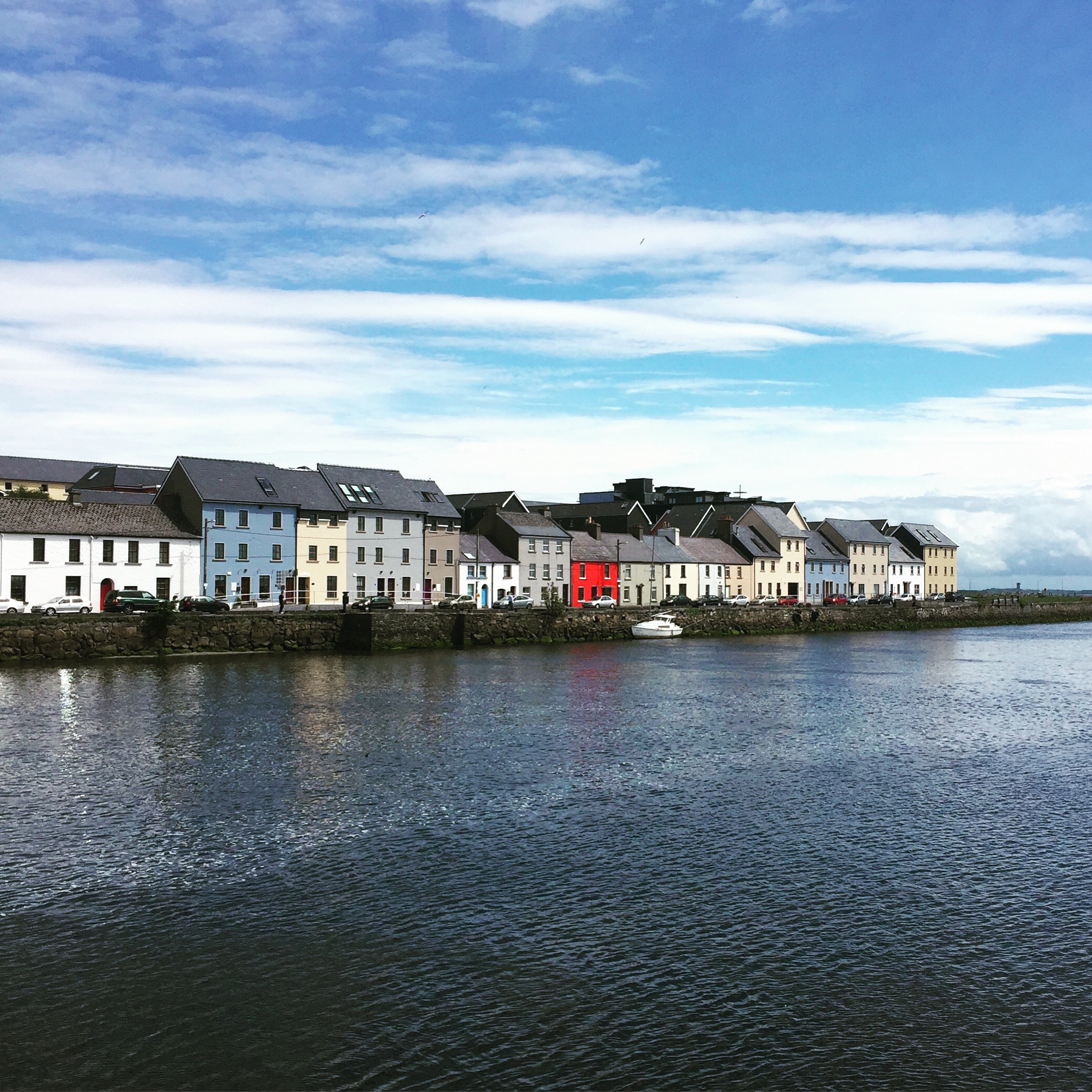 Drive up the east coast to enter the separate nation of Northern Ireland, and you’ll find the majestic Giant’s Causeway. The causeway is a UNESCO World Heritage Site, as its hexagonal columns and rocks originated from a booming volcanic eruption. Legend states that giant Finn MacCool built the causeway in order to connect the North Channel, to defeat another giant who challenged Gaelic territory. 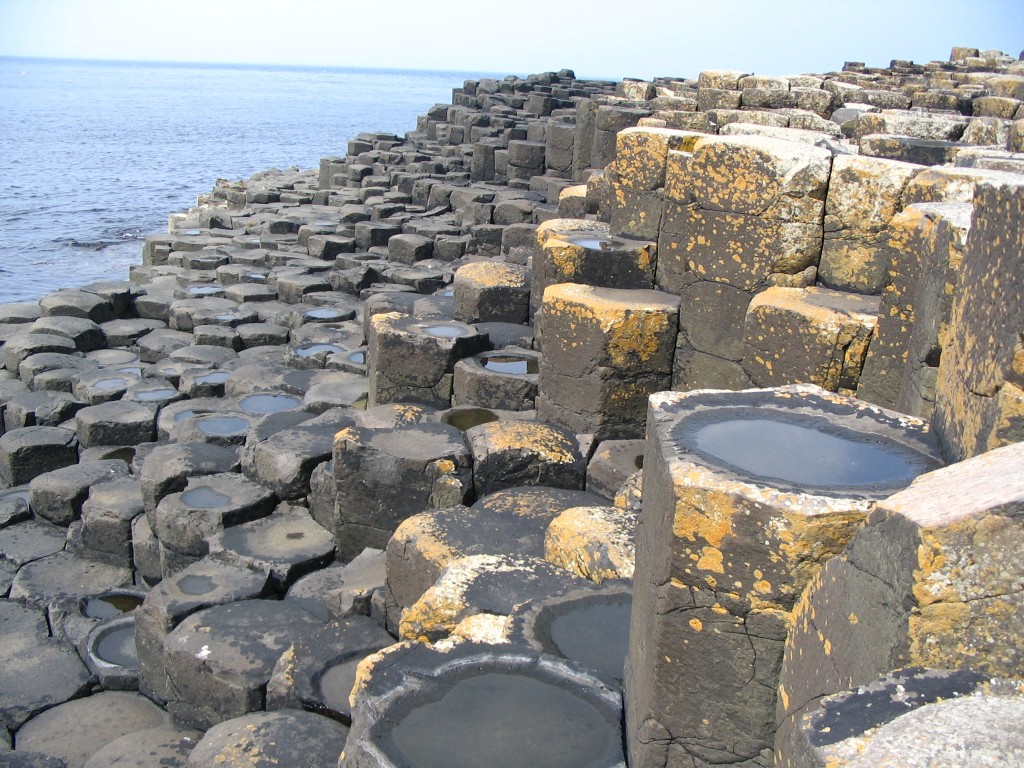 Bridge
Located just a short drive from Giant’s Causeway, Carrick-a-Rede Rope Bridge is located in County Antrim near Ballantoy. Aside from the stunning cliffs and ocean views, the main attraction is the 20-meter-long rope bridge over the clear blue waters and rocks 30 meters below. Travelers can get a certificate of their crossing at the conclusion of their stay.
Looks like it's closed Hours or services may be impacted due to Covid-19
More Info
Open In Google Maps
Antrim, Ballycastle, Northern Ireland, BT54 6LS, United Kingdom
+442820769839
View menu
Visit website
Visit Facebook page
Send an Email
Give us feedback

Located in gorgeous southwest Ireland, the Ring of Kerry is a major circular shaped tourist route in County Kerry. The Ring of Kerry has a large number of popular tourist destinations along the southwest coast of Ireland, such as Killarney National Park, the Gap of Dunloe and Torc Waterfall. There’s also Skellig Michael, where the final scene of Star Wars: The Force Awakens was filmed. Access to the Ring of Kerry is provided by Bus Eireann via route 280. 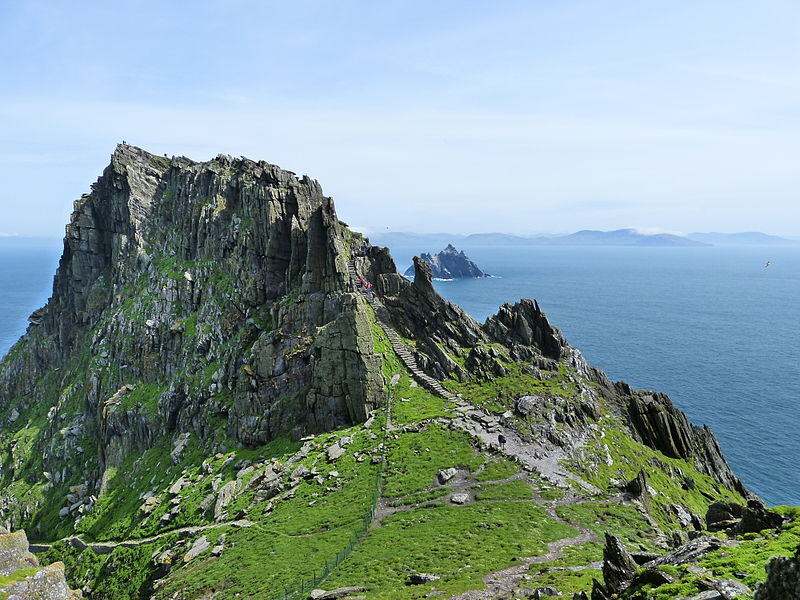 A seaside town in county Waterford, Tramore is located only 13km away from Waterford City. Tramore is situated on the northwest corner of Tramore Bay, and has fairgrounds, ice cream and a popular promenade along the sand. Tramore also has famous sand dunes that stretch for 5km and overlook the Atlantic Ocean. Tramore is also renowned for being a prime surfing location in Ireland. 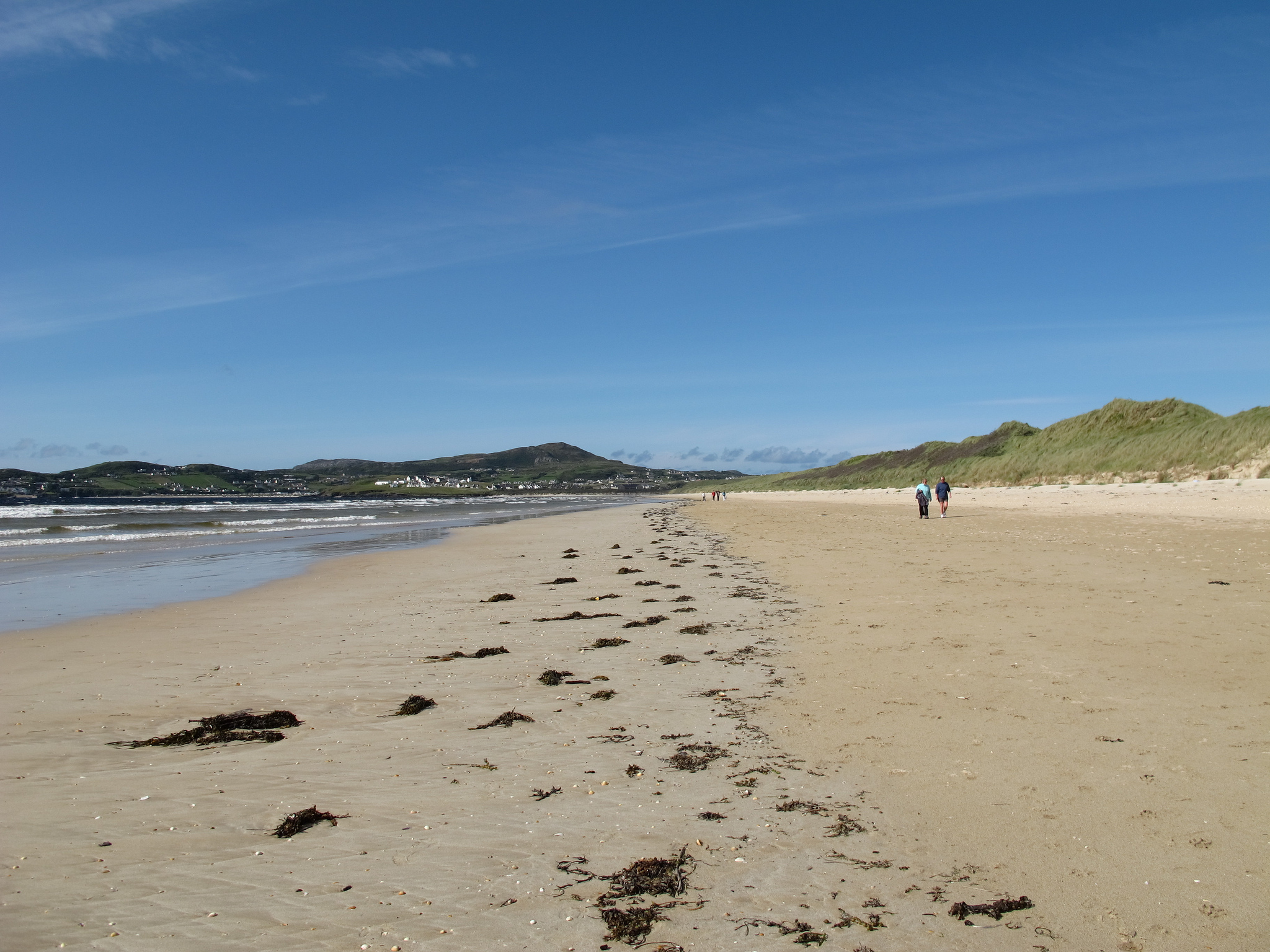 Located in magnificent County Kerry, the town of Dingle is the quintessential Irish seaside town. Dingle is the perfect romantic getaway and family vacation, with activities and sights for people of all ages. Families and couples alike will love the ferry out to Dingle Bay to see the friendly Fungie the Dolphin. Fungie is the bay’s only inhabiting bottlenose dolphin who enjoys swimming alongside the boats. Dingle Oceanworld Aquarium also has an impressive assortment of sharks, penguins, reptiles and more. 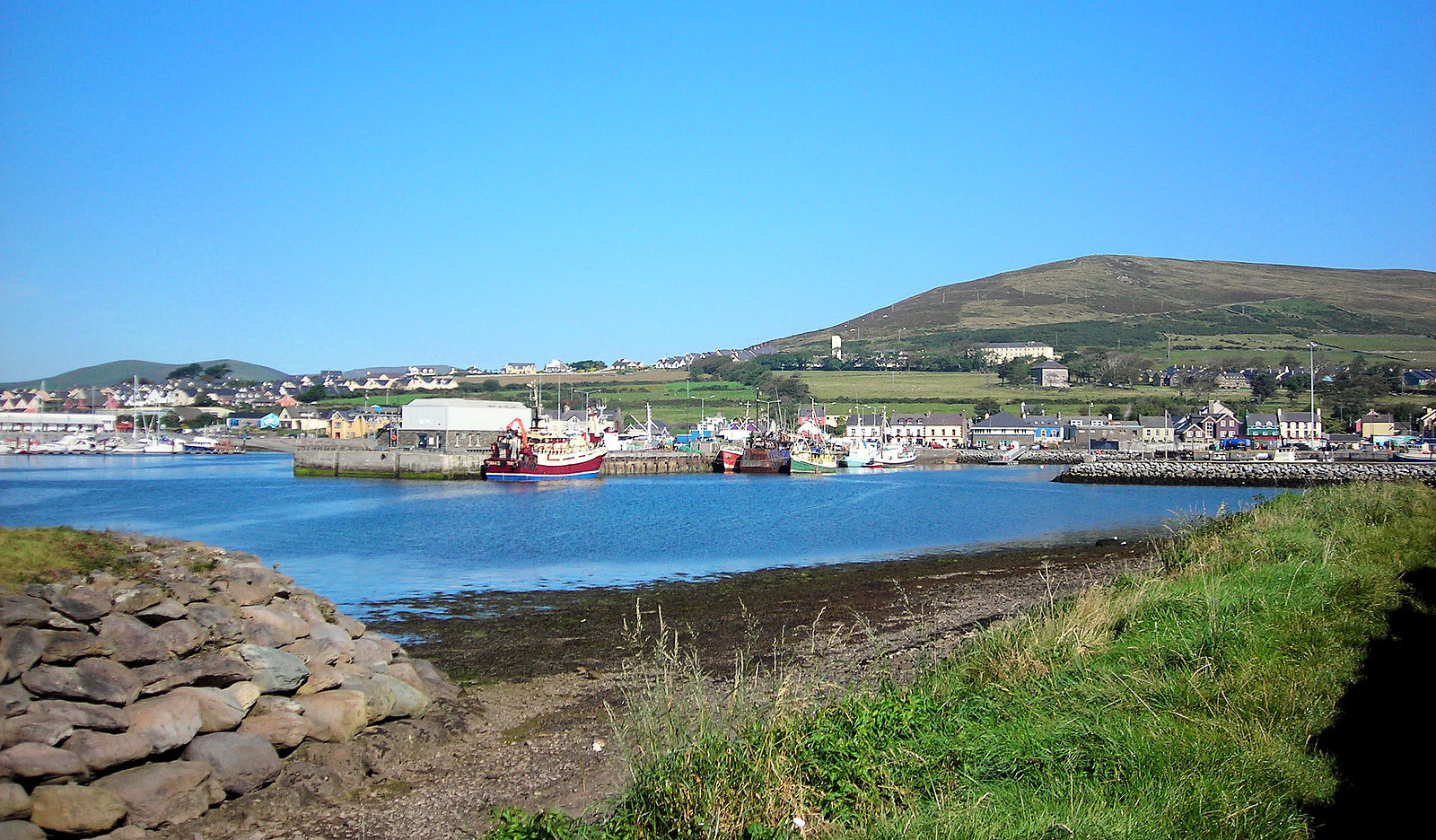