The Best Brunches and Breakfasts in Cork, Ireland 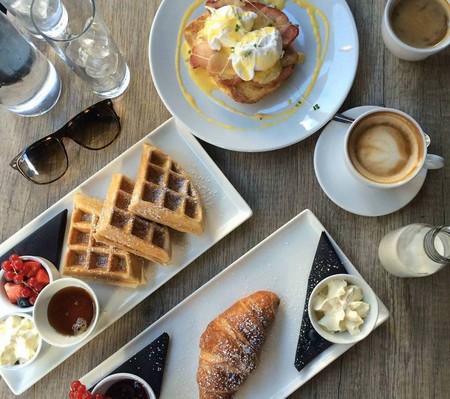 A lively city on the southern coast of Ireland, Cork is known for its superb food, from the stalls loaded with fresh produce in its historic English Market to its innovative cafes and restaurants. Here are the best places to start a day off right, with a quality meal, in Cork City. 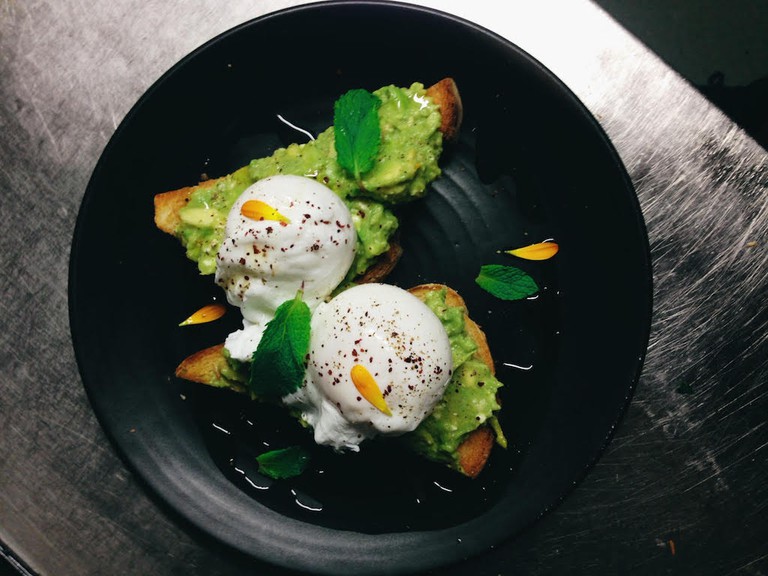 Courtesy of Liberty Grill
Drawing from mostly New England influences, the food at the laid-back Liberty Grill has been praised by food critic Tom Doorley – an impressive seal of approval for any Irish restaurant. Their all-day brunch features classics like pancakes as well as more individual creations, such as an ‘East Coast breakfast’ of French toast with bacon or maple-fried banana. Vegetarian and vegan options are available – and make sure to indulge in a Kir Royal or Ruby Duchess cocktail if you’re so inclined. 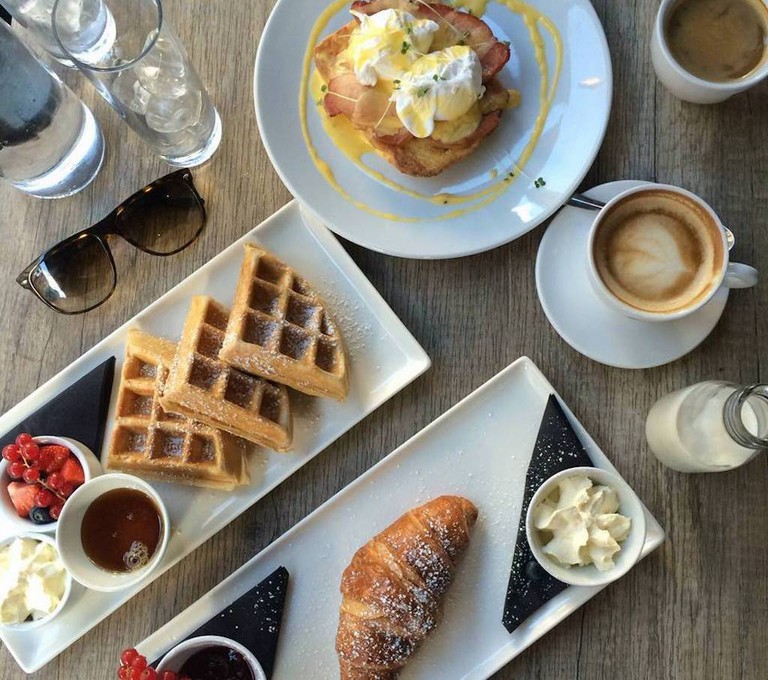 When Phil Ryan and Eamon Walsh took over this bar and restaurant space on South Main Street in 2015, they decided to pay homage to the site’s original owner. According to their website, Mr Brock Lane opened the bar for the first time in 1867; his employment of a lackadaisical sign writer led to it becoming known as ‘Brick Lane’. Although they’ve kept the name, the new owners have introduced an enticing new menu of their own, including brunch options of cinnamon Belgian waffles, scrambled eggs royale, and more.

Orso’s Mediterranean-inspired bar and kitchen has become a firm favourite with today’s Corkonians, thanks to its sumptuous flavouring combinations and upbeat service. Eating the most important meal of the day here involves sampling hearty dishes like manoushi bread served with a poached egg and black pudding, or a breakfast moglai – an exquisitely crispy dough bread crammed with bacon, egg, cheese and coriander. For coeliacs, they do a light but moreish plate of banana, toasted almonds and cinnamon on gluten-free bread. 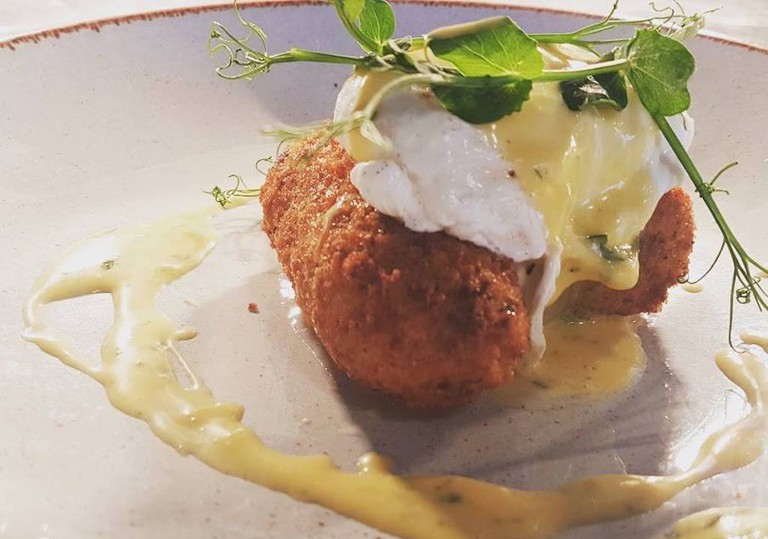 Find The Castle Café within the unique surroundings of the 16th-century Blackrock Castle fortification – the oldest surviving structure still in use in the city of Cork, now functioning as an observatory and visitor centre. The Mediterranean cafe here serves a brunch menu that is made using locally sourced ingredients, such as their ‘Cork producer’s breakfast’ of Rosscarbery bacon, black pudding, sausages and a poached egg. Other specialities include corn and feta cakes with cumin and tarragon and a veggie bean and egg bake with smoked Gubbeen cheese. 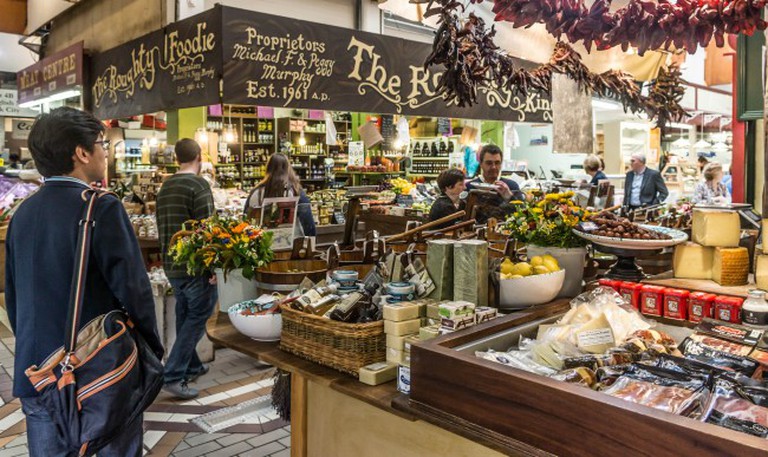 The former site of Cork’s second food market – established in 1843 as a rival of the English Market – the landmark Bodega @ St. Peter’s Market is a much-loved local venue, housing both a pan-global restaurant and a popular nightclub. A highlight of their weekly calendar is the Sunday ‘jazz brunch’ DJ-ed by Dr Fiasco, where you can enjoy brunch classics while listening to some relaxing tunes – a perfect way to close a weekend. 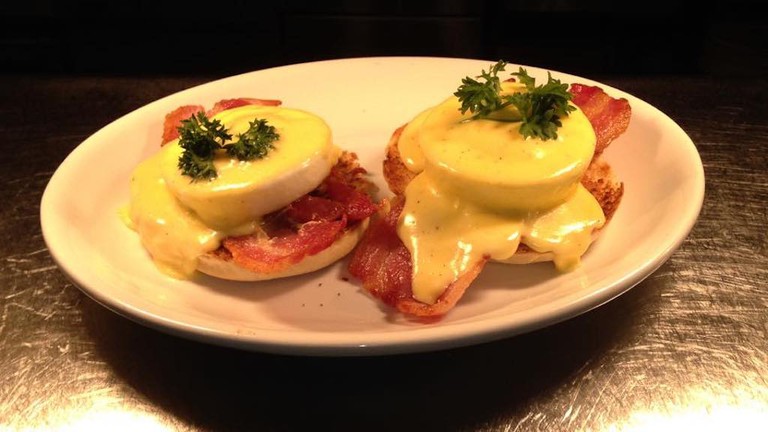 Tucked away on Winthrop Lane just off the Oliver Plunkett Street shopping area, the child-friendly, family-owned Scoozis restaurant has been trading in Cork since 1993. Their burgers are their trademark, but the breakfast menu – served from 8 am until noon Monday to Saturday – is thoroughly respectable. Those looking for a healthy bite can try the ‘pink porridge’ made with seasonal berries or a bowl of fruit and yoghurt with West Cork honey. But the Clonakilty sausage paté on a grilled bun, with a fried egg and Ballymaloe relish, is more than worth the calories. 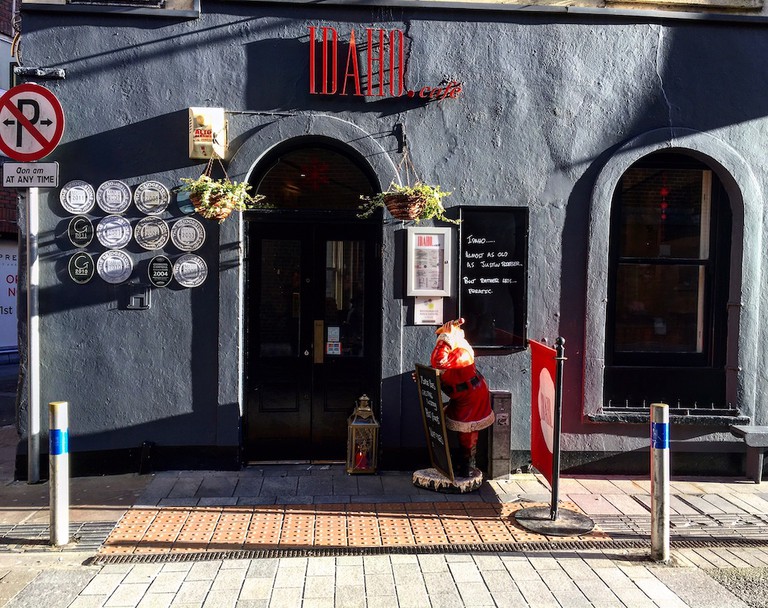 The teeny-tiny Idaho Café on Caroline Street was voted Ireland’s best cafe at the Irish Restaurant Awards 2013, and it continues to draw critical acclaim – with the highly respected McKennas’ Guide claiming that ‘People come to Idaho for those magic moments’. Their breakfast is served daily until noon, with freshly baked scones, piping hot porridge, toasted brioche, and bacon baps all on offer. Their coffee is delicious too.