The Best Bars For Live Music In Dublin

Noah and the Whale perform in Whelan's Dublin | © Andy Doyle/Flickr
Home to bands like U2, Thin Lizzy and, more recently, singer-songwriter Gavin James – winner of the Breaking Artist Award at the inaugural Music Business Worldwide A&R Awards in 2016 – Dublin has a legacy of producing world-class musicians. Read on to find out the best pubs in the city to hear the next big thing or listen to traditional Irish music.
Whelan’s
Music Venue

Throughout its 27-year history in its current form, the Wexford Street institution that is Whelan’s has hosted world-famous musicians like Jeff Buckley and Nick Cave and been used as the location where Gerard Butler attempted to sing ‘Galway Girl’ in the film PS I Love You. Now one of the country’s most famous and best-loved live music venues, its main performance space has two levels with an overlooking balcony, capable of accommodating 450 music lovers.

O’Donoghues on Merrion Row has an even longer tradition of nurturing Irish musicians, having been the site of the formation of one of Ireland’s most successful folk bands, The Dubliners. First opened by Paddy and Maureen O’Donoghue in 1934, it soon earned a reputation for its legendary traditional Irish music sessions. Though it has since changed hands, O’Donoghues is still a favourite with hardcore musicians – it’s known for being one of two pubs Bruce Springsteen always visits when in Dublin for a gig. 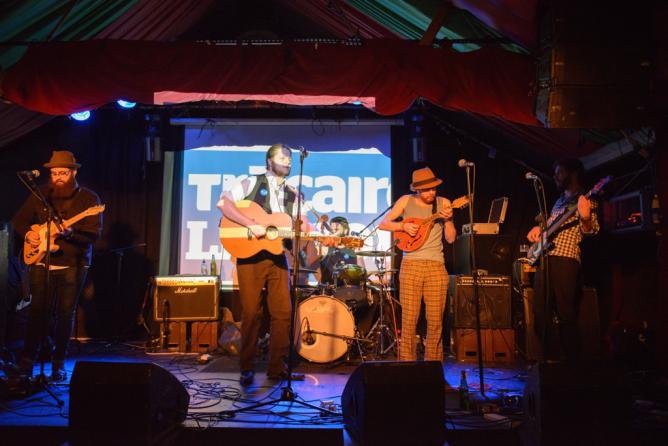 The Eskies, playing at The Grand Social as part of Trocaire Live 2014 | © Trocaire/Flickr

With four different venues and its own weekend flea market, The Grand Social is so much more than a bar and club. Upstairs, The Loft is where its premium gigs take place – in a circus-themed room with adjoining rooftop beer garden that has seen performances by artists including Primal Scream. After winning IMRO Dublin Venue of the Year in 2012, it was also nominated for National Venue of the Year four years running. Meanwhile, downstairs in The Ballroom bar, you’ll find the city’s best DJs spinning on their numerous club nights. 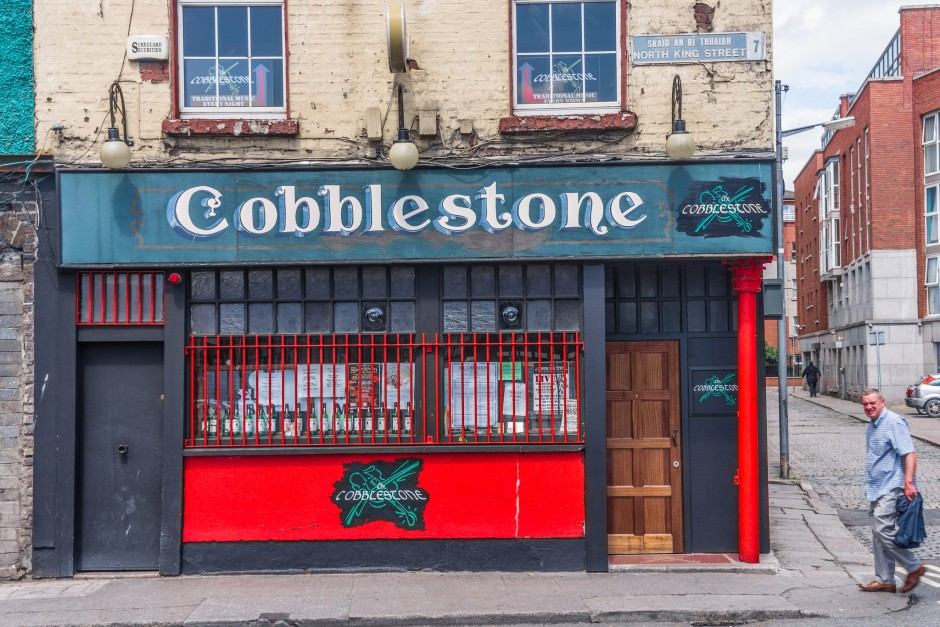 The Cobblestone is a traditional Irish music pub in Smithfield, owned by a family who have been part of the Dublin music scene for five generations. Visit here any night of the week, and you will find a lively traditional Irish music session in full swing, while the first Tuesday night of every month signals the arrival of an uilleann pipers session that has to be seen to be believed. The performance takes place in their Backroom venue – also the scene of bluegrass, folk, singer-songwriter nights, sean-nós singing and dancing evenings, céilidh, and much, much more. 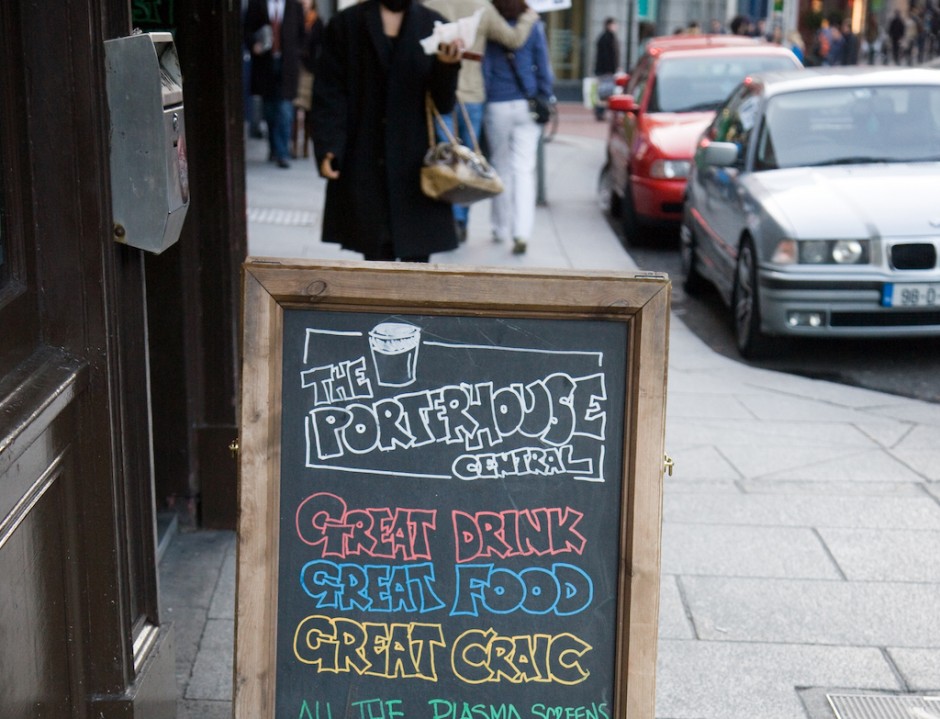 There are plenty of reasons to visit The Porterhouse. Since opening their first pub in 1989, Liam LaHart and Oliver Hughes have grown their brand into an international franchise, with bars across Dublin as well as in London and New York. Their Temple Bar venue began in 1996 as Dublin’s first pub brewery, and their Plain Porter has impressively gone on to win gold at the world’s most prestigious international brewing industry awards twice. It’s also one of the city’s best venues for hosting live music almost nightly. 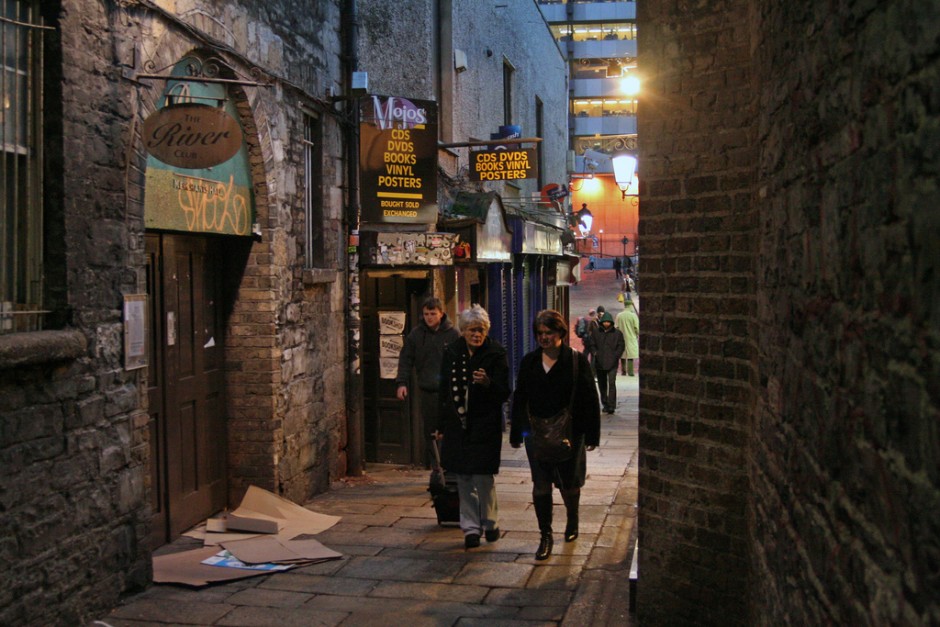 The Merchants Arch is named for its location, inside one of the only two 19th-century merchant guild halls left in the city, within the arch that connects Dublin’s Temple Bar district to the quays at the Ha’penny Bridge. This relatively new venue – established in 2010 – provides live music seven days a week, ranging from the ‘trad’ (traditional Irish music) that Temple Bar is famous for to the more modern variety. 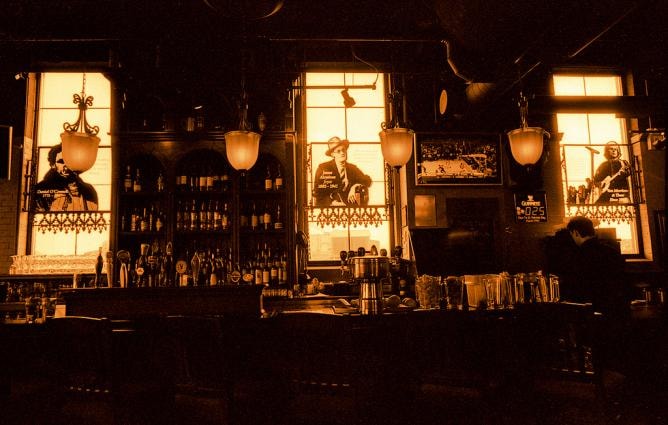 Apparently Ireland’s oldest pub – dating back to 1198 – the historic Brazen Head is also a haven for musicians. Performers that have played here through the years include The Dubliners, Van Morrison, The Hothouse Flowers and Tom Jones, and the pub was even featured in a Garth Brooks music video. With live bands and solo artists playing every night, they also hold a kind of live karaoke session on Sunday afternoons, in which a band plays while customers are invited onstage to sing.