The Most Beautiful Beaches In Ireland 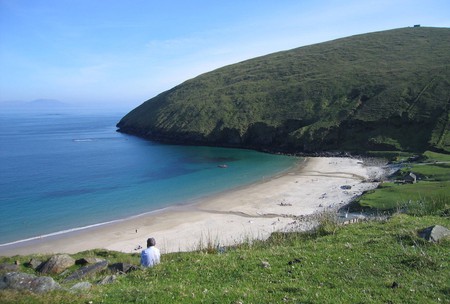 With thousands of kilometres of unspoiled coastline, Ireland is home to some of the world’s most stunning beaches. From secluded bathers’ coves to stretches of exposed shoreline, there’s something here for every beach-goer. Though the water may not be as warm, on a sunny summer day the clear seas and dramatic scenery of these seven Blue Flag-certified beaches give their tropical counterparts a run for their money.

Serene and sprawling, this spectacular beach outside Clonakilty in west Cork has been ranked at the top of the ‘best in Ireland’ list by TripAdvisor users for the last three years running in their coveted Travellers’ Choice Awards. Here the Virgin Mary’s Bank headland at the southern tip of Inchydoney Island – now connected to the mainland by causeway – is flanked by two generous stretches of picturesque Atlantic seafront, where revelers can enjoy smooth golden sands, pristine waters and ideal surfing conditions. 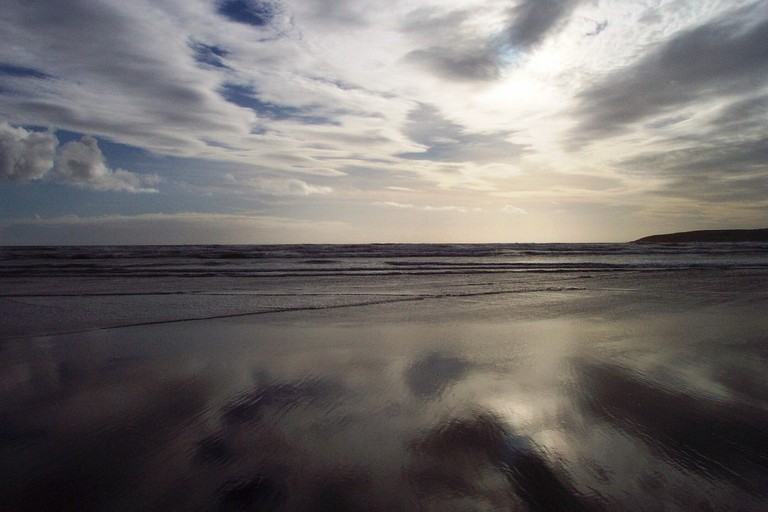 Achill Island’s captivating Keem Bay lies to the west of the village of Dooagh. Nestled within its horseshoe-shaped valley lies a splendid cove, bordered by awe-inspiring cliffs and accessed via a road along the side of Croaghaun mountain, known for having the highest sea cliffs in Ireland. Formerly a basking shark fishery, this sheltered strand on the spectacularly scenic Wild Atlantic Way has more to offer than just the majestic view. It also boasts crystal clear waters, ideal for scuba divers and snorkeling enthusiasts. 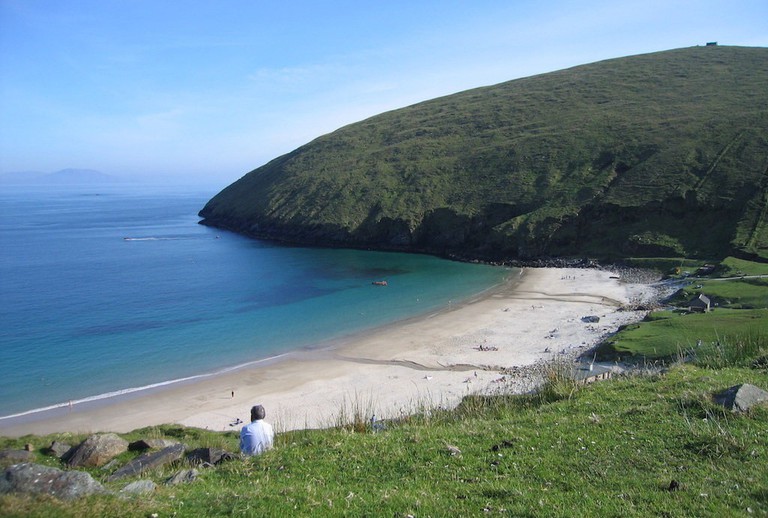 Inspiring the well-known song of the 1950s, ‘Beautiful Bundoran’, this seaside town has long been a favorite for Irish and international surfers, even hosting the European Championships in 2011. One of Ireland’s best waves – The Peak – breaks over a rocky reef off-shore and attracts expert surfers, while the main beach accommodates the less experienced during the summer months. Named one of the world’s top 20 surf towns by National Geographic, Bundoran also holds its own surf and music festival, Sea Sessions, every summer, described as Ireland’s biggest beach party. But Bundoran isn’t just for surfers – swimmers and sun worshipers are equally welcome. 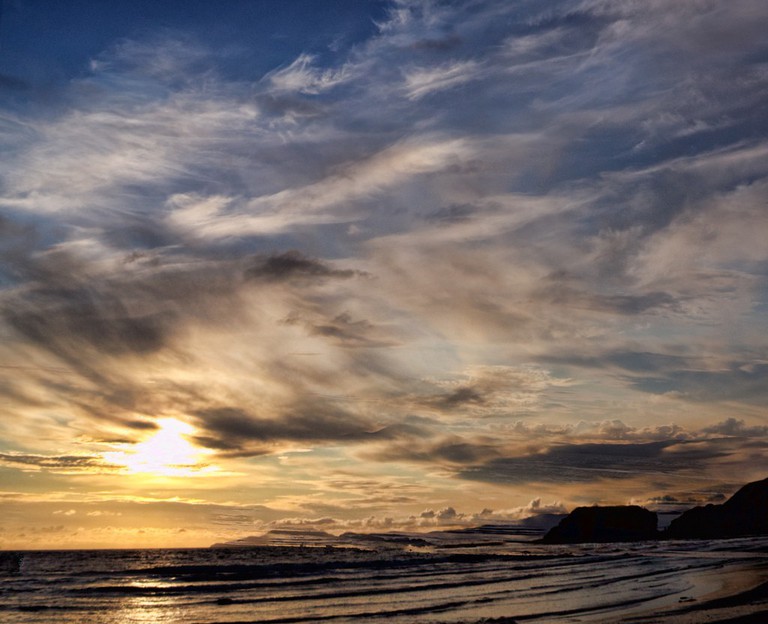 A popular surfing beach on the dramatic Dingle peninsula, Inch is a three-mile-long sand-spit that separates the harbors of Dingle and Castlemaine. At Inch, unsuspecting tourists approaching the peninsula from the east are rewarded with fabulous views across this white sand beach and out into Dingle Bay. The quiet majesty of the surrounding Slieve Mish Mountains make the setting all the more breathtaking. A truly cinematic vista, it was famously featured in the Academy Award-winning 1970 film Ryan’s Daughter. 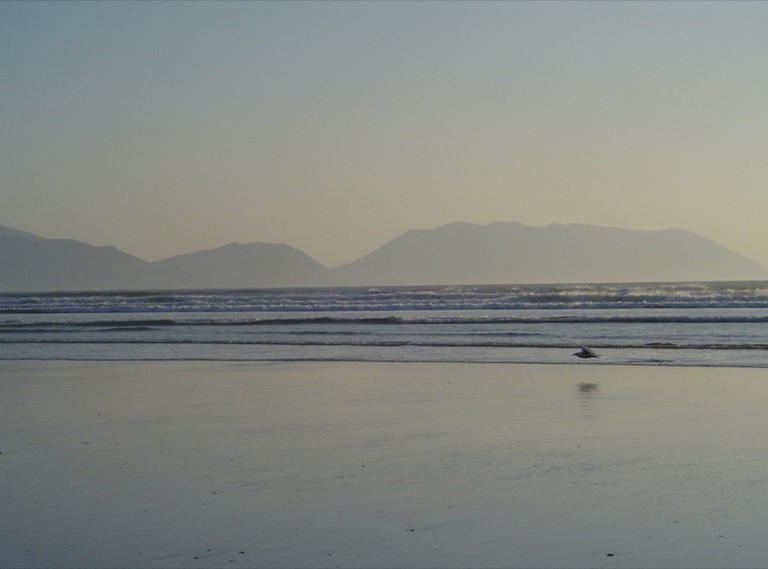 Rosses Point Beach, at the western end of the Sligo peninsula of the same name, is loved for its incredible views on all sides from Knocknarea Hill to Sligo Bay and the Darty Mountains. From here you can also see Coney Island, the original that lent its name to the famous area in New York. Named for its abundance of wild rabbits (coney is an old English word for rabbit, from the Latin cuniculus), this remote islet is accessible by foot at low tide and offers the potential for finding a deserted beach all to yourself. 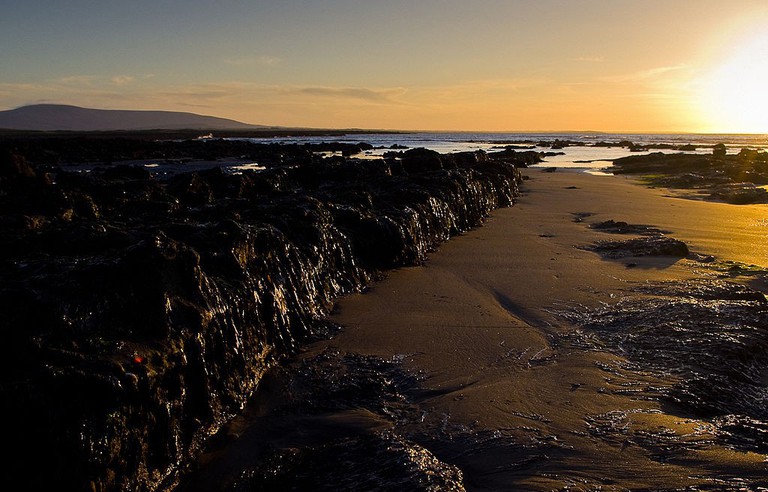 In summer months the shores of Brittas Bay provide a welcome escape to many a Dublin resident seeking some sun and a dip in the Irish Sea. The four-kilometer expanse of amber sand bordered by gently sloping dunes offer plenty of space for both holiday makers and locals to enjoy the peaceful charms of the east coast. Ideal for long, ambling walks, visitors can also partake in surfing, horse-riding or play golf at the celebrated European Club golf course. 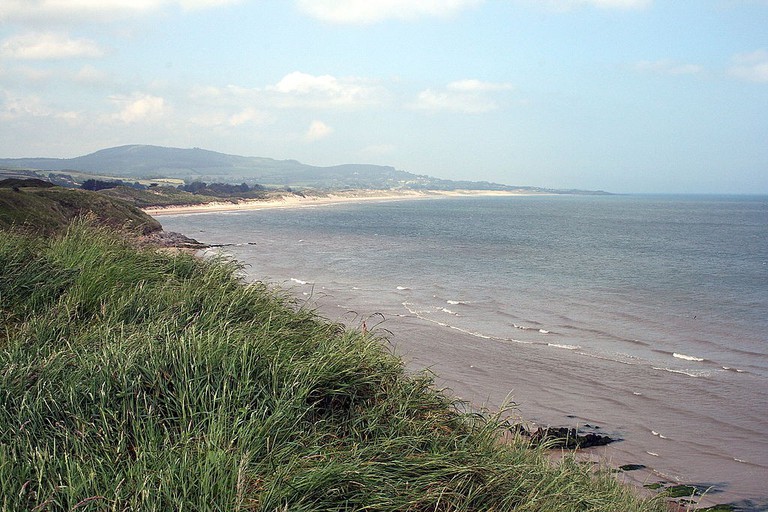 This south Dublin strand is only a short train journey from the center of the city but it feels a world away. Although the beach is stony it is still possible to swim in the bay, but perhaps the best way to spend a day here is to walk up Killiney Hill and soak up the panoramic views. At its peak you can take in the Bray Head headland in the distance, as well as the Wicklow Mountains and the endless blue of the Irish Sea. It’s even possible to see as far as Wales if the weather permits it. 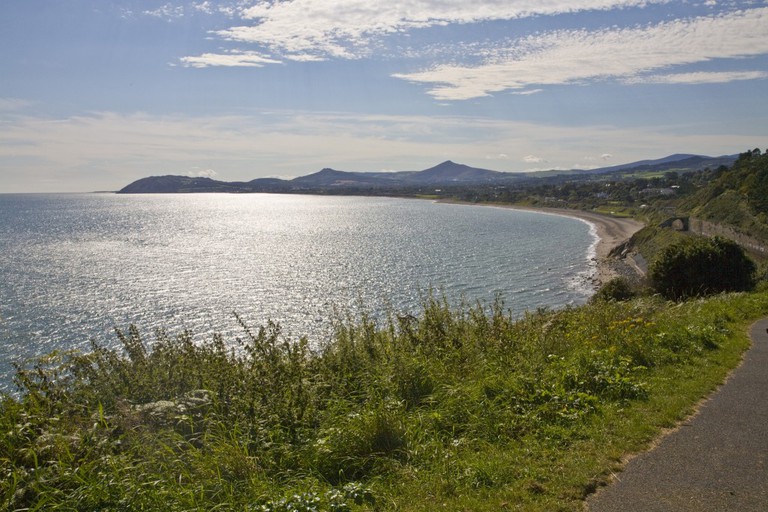