The 5 Most Believable Irish Ghost Stories 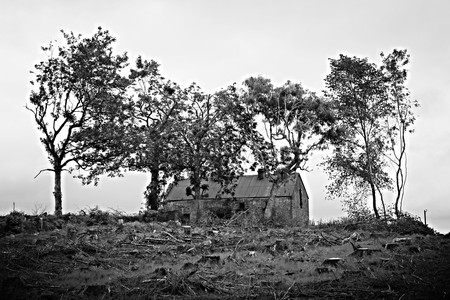 The Irish are partial to a good scary story, as the inaugural Dublin Ghost Story Festival, which took place in August 2016, will demonstrate. But among the plentiful fantastical tales of satanic rituals and ‘White Ladies‘ that are equally common in most cultures, there are some narratives that are more sombre, and unique to the places that created them – making them all the more believable. Here are five such convincing Irish ghost stories.

The Ghost of Archbishop Narcissus Marsh in Marsh’s Library, Dublin 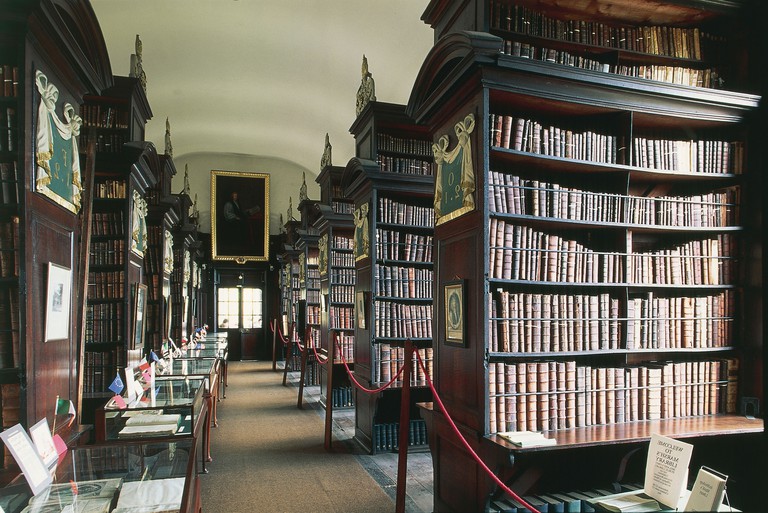 Unique things to do in Dublin include exploring the reportedly haunted Marsh's Library, Ireland’s oldest public library | © Universal Images Group North America LLC / DeAgostini / Alamy Stock Photo
In their 1914 book True Irish Ghost Stories, St. John D. Seymour and Harry L. Neligan describe how Marsh’s Library – Ireland’s oldest free public library – is meant to be haunted by its founder, Archbishop Narcissus Marsh. It is said that during his lifetime (1638–1713) the Archbishop’s young niece, whom he raised, eloped and married the curate of Chapelizod village. His niece apparently left a note in one of the library’s many volumes, which the Archbishop’s ghost is believed to still be searching for to this day. Bram Stoker, who found inspiration for his famous 1897 Gothic novel Dracula in Dublin, visited Marsh’s Library several times.
Open In Google Maps
Saint Patrick's Close, Dublin 8, County Dublin, Ireland
+35314543511
Visit Website
Give us feedback

Leap Castle calls itself ‘the world’s most haunted’ and indeed it is difficult to pick just one ghost story about this early 16th-century site to focus on. Its history of ‘bloodshed and tragedy’ features in Tarquin Blake’s book Haunted Ireland (2015), which debunks many popular Irish ghost stories and illuminates the more reliable ones. He writes about the castle’s beginnings as a stronghold of Irish chieftains, and the discovery in the 1900s of around 150 human skeletons through a trapdoor. The wife of a latter owner is said to have brought forth many spirits dwelling there through seances, such as a woman in a red dress holding a dagger. The castle’s ‘Bloody Chapel’ is said to be its most haunted area, regularly filling with bright light at night.

Another famous Irish ghost story included in Blake’s Haunted Ireland is that of the Cooneen poltergeist. The abandoned cottage in a forest, where this demonic poltergeist is said to have manifested in 1913, looks like the setting of a truly terrifying horror movie. The Murphy family who lived there at the time reported sounds – like footsteps, tapping, snoring, spitting and hissing – before the ghost went on to more enthusiastic activities, like throwing things across the room. According to Blake, the three priests who attempted to deal with the poltergeist – all of whom saw unexplained happenings take place in the cottage – were very badly affected by the encounters. One had a nervous breakdown, one contracted spinal meningitis and another suffered facial paralysis. The family emigrated to the United States.

The Cooneen Ghost House… probably the most authentic haunting in Irish History… The Cooneen Ghost house is a seemingly humble little cottage in the heartland of Cooneen in Fermanagh, and is still standing in quite respectable condition considering that the hauntings have occurred there just over 100 years ago, where the Widow Bridget Murphy and her children were plagued by a terrifying poltergeist, that would create loud noises, bangs and raps on the walls even to the tune of some songs that were popular of their times such as The Soldiers Song and The Boyne Water, things such as pots, pans and plates would be thrown across the room by it, and even turned violent against the Murphys, no-one knows why the Murphy family were plagued by the poltergeist, but the locals believed that the family were secretly practicing witchcraft and black magic, things to do with the occult, and another rumour suggests that an old man that lived in the house previously had been murdered there. As a last resort the family had priests coming in to conduct exorcisms, but that was no help at all. So, the family eventually saved enough and left to go to America, but it is said that the poltergeist followed them there… So if you are in Cooneen this weekend, look over your shoulder because the Cooneen ghost could be there! #paranormalresearchersireland #cooneenghost #irishghosts #paranormalireland #Ireland #irishghoststories

A photo posted by Paranormal Researchers Ireland (@para_researchersirl) on Mar 30, 2016 at 10:11am PDT

The Nightmares of Lafcadio Hearn

Lafcadio Hearn’s Gothic horror essay ‘Nightmare-Touch’ appears in The Penguin Book of Ghost Stories: From Elizabeth Gaskell to Ambrose Bierce (2010), but what readers unfamiliar with the author’s life may not realise is that the story is somewhat autobiographical. Patrick Lafcadio Hearn was born in Greece in 1850 to an Irish father and Greek mother and, after being abandoned by both parents, he spent some time living on Dublin’s Leeson Street with his father’s aunt. While in that house as a child, he was plagued by horrific nightmares of the ghostly figures that would go on to inform his world-famous books on Japanese legends and ghost stories. 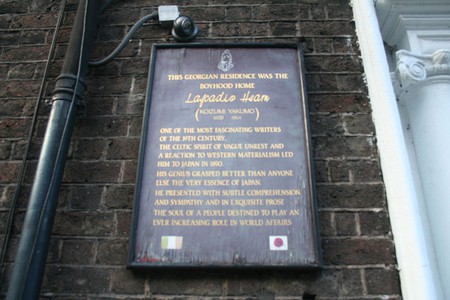 The Ghost of Cliff End in the Novel Uneasy Freehold

Though entirely fictional, Dorothy Macardle’s ghostly tale of siblings living in a haunted house in the south of England has been called ‘one of the greatest ghost mystery stories ever written in the English language.’ Macardle was an Irish republican feminist who wrote her first collection of ghost stories, Earthbound: Nine Stories of Ireland (1924) while imprisoned in Kilmainham Gaol during the Irish Civil War. Her chilling novel Uneasy Freehold was published in 1941 and made into the Academy Award-nominated film The Uninvited in 1944. Later publications of the novel used this title.