The 11 Famous Irish Women You Need to Know About 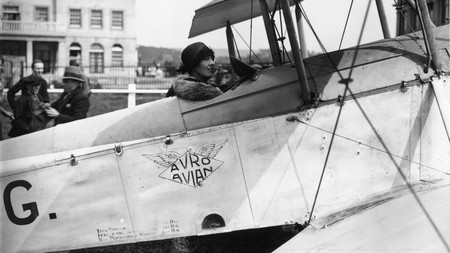 Ireland has produced plenty of pioneering women, among them Sophie Mary Heath, who was the first woman to fly from Cape Town to Europe | © E. Bacon / Topical Press Agency / Getty Images

Irish women are modest to a fault, but the achievements of authentic female role models — the game-changing thinkers, revolutionaries, activists, writers, athletes and dreamers – have played a major role in shaping modern-day Ireland.

Here, Culture Trip has selected 11 courageous and inspirational Irish women who wouldn’t take no for an answer.

When Mary Robinson took office as the first female president of Ireland she declared: “I was elected by the women of Ireland, who instead of rocking the cradle, rocked the system.” Rocking the system became Robinson’s life work. A passionate advocate for gender equality, she smashed glass ceilings as an independent politician to become the seventh President of Ireland from (1990 to 1997). As an academic, legislator, barrister and former UN High Commissioner for Human Rights she has worked tirelessly as a champion of women’s equality in Ireland and global human rights. Today she is Chair of the Elders — an independent group of global leaders working for peace, justice and human rights and founded by Nelson Mandela in 2007. 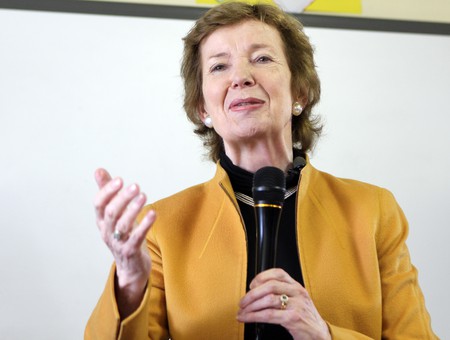 In her two years reporting for The Sunday Independent, Veronica Guerin became well known internationally for her hard-hitting exposés on Dublin’s drug culture. The city’s crime lords retaliated with death threats, but she wouldn’t be silenced. “I vow that the eyes of justice, the eyes of this journalist will not be shut again. No hand can deter me from my battle for the truth,” she said in 1995.

In June 1996 she was shot dead in her car in Dublin, aged 37. Her death shook the nation and triggered Ireland’s largest criminal investigation. Guerin is now on the top 50 press freedom heroes list compiled by the International Press Institute. A Hollywood film of her story starring Cate Blanchett was released in 2003. Blanchett said: “A spirit like Veronica’s only graces the planet once every 100 years or so. She was a phenomenal life force.” 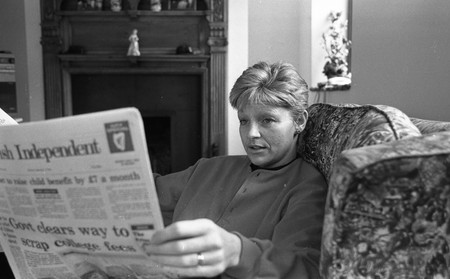 The eldest of five children, growing up Sinéad Burke would ask for the September issue of American Vogue for birthdays even though it was too heavy for her to lift. An academic, activist, broadcaster, educator, Vogue contributing editor and lifelong fashion-obsessive, Burke first made waves with her 2017 TED talk Why Design Should Include Everyone, which demanded more diversity in the fashion industry. Her talk led to a place on Vogue’s 2018 list of the 25 most powerful women working in Britain (and in 2019 a Vogue cover), an appointment to Ireland’s Council of State, an invitation to the Met Gala and a custom-made designer wardrobe for her 3ft 5in frame: think Burberry, Christopher Kane, Gucci, Prada. Her debut book Breaking the Mould comes out in October, aiming to teach children the power of being different and discovering things you love about yourself. 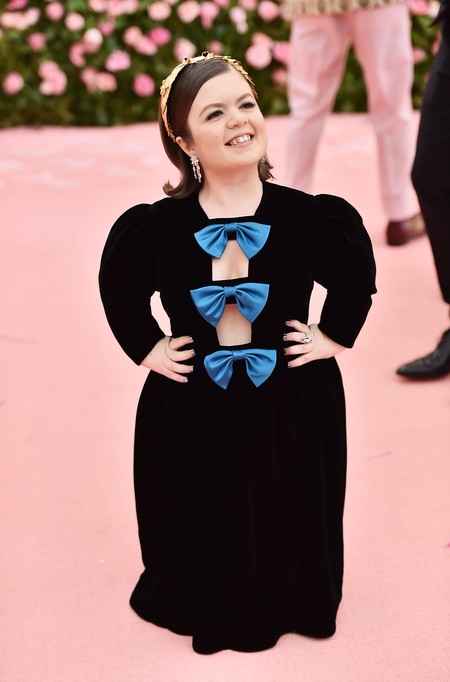 “I do wish your lot had the decency to shoot me,” are not the words you might expect from the first woman elected into the House of Commons.

Countess Constance Markievicz was born in 1868 into an Anglo-Irish aristocratic family in County Sligo, and grew up to be an Irish revolutionary, suffragist, Labour activist and artist. She was elected into Westminster in 1918 – as the sole victor in an election where 17 women stood – and won a seat from her Holloway prison cell in London, where she was detained for her part in the 1916 Easter Rising against British rule in Ireland.

Markievicz delivered these words when she heard that her death sentence had been commuted to a life sentence because of her gender. She was released from prison but never took her seat — in honour of Sinn Fein’s long-held policy of abstention. 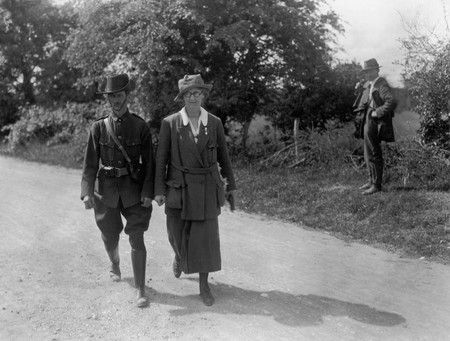 Childhood tuberculosis was the third-leading cause of death in Irish children in the first half of the 20th century and, on a trip to Austria in 1931, Price discovered that a safe and convenient skin test for TB was being used in continental Europe, but not in Britain or Ireland.

Returning home, she investigated international practice further and discovered the BCG vaccine was being used to inoculate against TB. Ireland’s rebel doctor lobbied for the government to start using this vaccination throughout Ireland as a matter of urgency.

She was made head of the national vaccination programme in 1949 and her work was pivotal in saving the lives of thousands of children and young adults in Ireland.

Former world champion Sonia O’Sullivan ran her first competitive race in 1989 and represented Ireland on the international athletics stage for 19 years. O’Sullivan won a silver Olympic medal, a gold medal in the 5,000m at the 1995 World Championships and held plenty of longstanding world records. “As a young child you dream of going to the Olympics, then you’re at the Olympics – my first was Barcelona 1992 and for me that’s when my dreams became real,” she said on World Athletics YouTube channel. Today O’Sullivan, from Cobh, County Cork, spends her time between Ireland and Australia, where her family lives. She mentors young athletes, writes for The Irish Times, is a TV sports commentator and an ambassador for The Dublin City Triathlon. 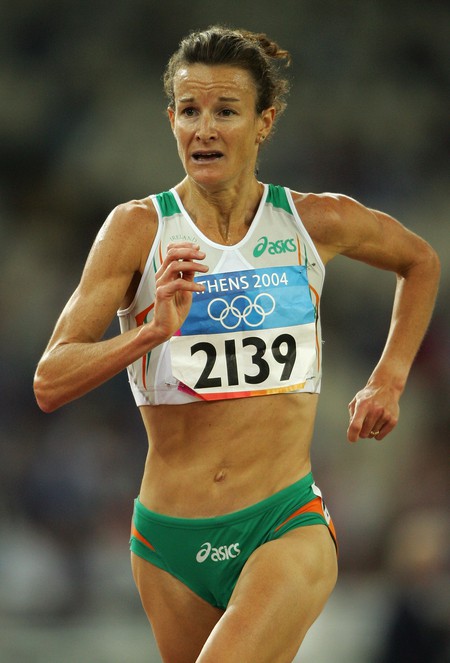 Sonia O’Sullivan competed in the women’s 5,000 metre event during the Summer Olympic Games in Athens in 2004 | © Stu Forster / Getty Images

The original heroine of the skies was born Sophie Peirce-Evans in Knockaderry, County Limerick. When she was a baby her father murdered her mother and spent the rest of his life in Dublin’s Central Mental Hospital, while Sophie was raised by her grandparents.

She grew up to become a talented athlete and a founding member of the Women’s Amateur Athletics Association. In 1925, Heath undertook her maiden solo flight to Prague to address the Olympic Congress and campaign to have women’s track and field events accepted onto the Olympic programme.

She defied all odds to become the first woman to gain a commercial pilot’s licence and the first person ever to fly solo from South Africa to London on an epic 10,000-mile journey. Her incredible achievement paved the way for other women to take to the skies. 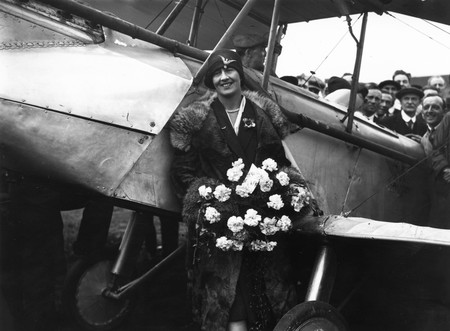 Making a lasting impact on home turf is one thing, but Dubliner Carmel Snow decided to take on the US fashion and publishing industries from a corner office in New York. As editor-in-chief of Harper’s Bazaar from 1934 to 1958, she gave Truman Capote his first major platform and launched designers such as Dior and Balenciaga to the US market. Her biggest finds were art director Alexey Brodovitch, who innovated Bazaar’s famous Didot logo, and then-unknown Diana Vreeland, who she hired as fashion editor.

Born in Dublin, Snow was moved to America as a child by her dressmaker mother and lived in Paris before returning to New York to write about French fashions for The New York Times. Her vision as editor of Bazaar brought in a readership of “well dressed women with well-dressed minds”, and changed the look of American magazines forever. 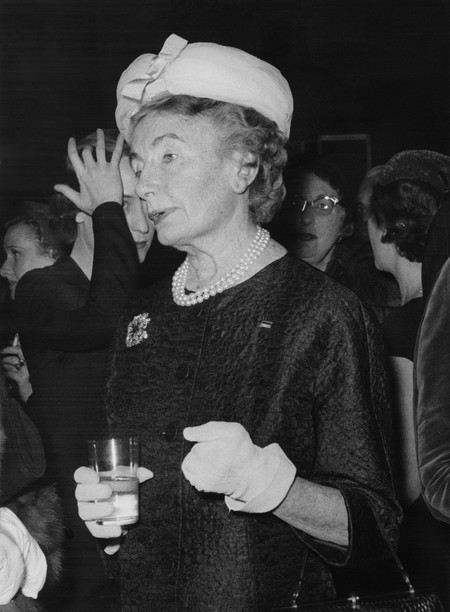 To think a revolution could start in a biscuit factory may sound absurd, but that’s exactly what Rosie Hackett started when she took a job as messenger at Jacob’s biscuit factory in Dublin. The working conditions were terrible, but Hackett became a founding member of the Irish Women Workers’ Union (IWWU) and helped galvanise more than 3,000 female co-workers to go on strike in what became the first Dublin Lockout. She was 18 years old at the time. Workers received better conditions and increased pay as a result, but Hackett lost her job after joining the Irish Citizen Army and taking part in the 1916 Easter Rising.

The IWWU set up a soup kitchen for strikers in Liberty Hall and Hackett worked tirelessly to provide basic food and moral support. In 1970, she was awarded a gold medal for giving 60 years of her life to the trade union movement in Ireland.

Norah Patten, from Ballina in County Mayo, was 11 years old when she visited NASA on a family trip to America. From that day on she was hooked on all things space and went on her own mission to learn everything she possibly could about space exploration, technology and how to become an astronaut herself.

Fast forward to 2017 and Dr Norah Patten was one of 12 people from around the world selected to take part in a unique scientist-astronaut training programme in Florida. Today she is an aeronautical engineer and award-winning STEM advocate and on course to become Ireland’s first astronaut. Patten is a motivational speaker and helped launch the CBI, BoldGirls campaign in the hope of inspiring children in Ireland to dream big. 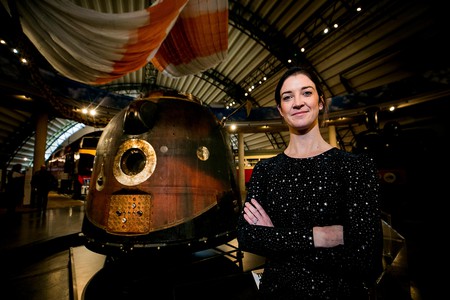 As a singer-songwriter in the 80s Sinéad O’Connor rose to fame singing her version of Prince’s stunning ballad Nothing Compares 2U. The pop star, writer, activist and mother has struggled, personally and professionally, ever since she ripped up that photograph of the Pope on Saturday Night Live in 1992. But it cannot be denied she has lived unapologetically, wholeheartedly and remains an enigma today.

She claims America is her “spiritual home”, but says she will never leave Ireland. There are four children, two grandchildren, four ex-husbands and an ex-boyfriend, Frank (who lives down the road with their 13-year-old son, Yeshua) to think of after all.

In February this year, O’Connor took tentative steps towards reclaiming her singing career with a 12-day tour on the west coast of Ireland. Crowds were spellbound as she walked out on stage, bare feet and in a hijab — she converted to Islam in 2018 — and mesmerised them with a 17-song set that spanned her career. 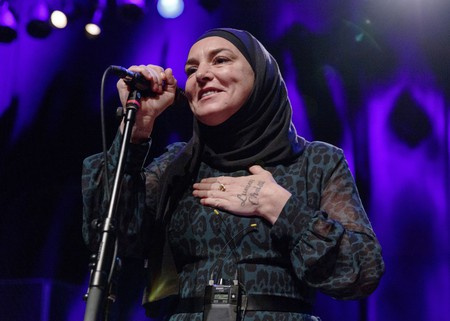