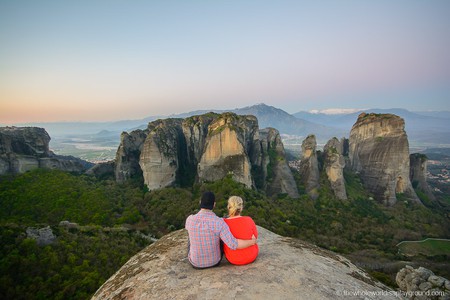 Spring has officially sprung in the Northern Hemisphere, and we’re already thinking ahead to our summer holidays. Whether you’re searching for insider tips on the highlights of the Emerald Isle or an Irish insight into places further afield, we’ve put together a list of the travel bloggers from Ireland that you need to start following now.

Johnny Ward has dedicated his life to travel since 2006 when he left Irish shores to begin teaching English in Asia. Since then, Ward has crossed the entire planet and become the ultimate blogging success story, making over $1 million with his site One Step 4Ward. Currently semi-based in Thailand, he completed his life goal of visiting all 197 countries in the world earlier this month, aged just 33. Though his blog mainly focuses on his travels abroad, he also posts about things to do in Ireland and about flying his Irish mother to meet him in places like Afghanistan.

Listed as one of the Huffington Post’s Top Irish Travel Bloggers of 2016, New Zealand-born Tara Povey was brought up in Ireland – a situation she says makes her ‘basically a hobbit raised by leprechauns’. Her humour is just one of many draws to the former pharmacist’s blog Where is Tara?, where you can expect to find posts about things like little-known Irish Game of Thrones locations and how best to spend your first-ever weekend in Dublin. Her site, which focuses more on the quality of experience than the quantity of destinations in her travels, offers practical guides to discovering the absolute best of Ireland, as well as places like Finnish Lapland, Aruba and Slovenia. 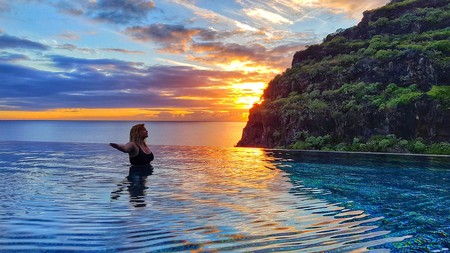 Couple Brian Barry and Noelle Kelly have been exploring all corners of the globe together since 2009, visiting everywhere from Bulgaria to Japan and sharing their incredible adventures through their blog, Wandering On. Winner of Best Personal Travel Blog at the Littlewoods Ireland Blog Awards 2016, their site is full of smart travel tips, photography entries from almost every continent, and an enviable dedication to ‘living life on their own terms’. The ultimate inspiration for anyone with itchy feet, it lists their current location as ‘On a Motorbike Somewhere in Vietnam, Laos or Cambodia’. 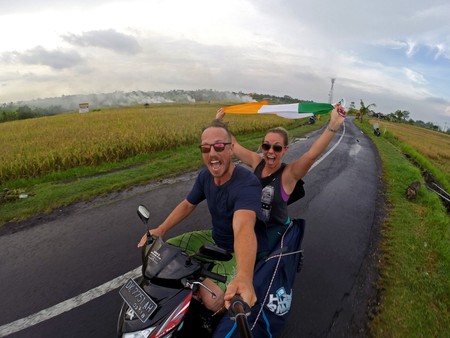 Photographer Anouska Proetta Brandon’s self-titled travel, lifestyle and style blog features travel diaries from amazing places across the world – she recently fulfilled a longtime dream of being in Tokyo for cherry blossom blooming season and shot some jaw-dropping photos of Dublin from a helicopter. Regularly jetting to fabulous places like Lake Maggiore and Montego Bay to shoot for clients like The Ritz-Carlton and the Jamaican Tourist Board, Proetta Brandon has the kind of life most of us dream of, and it’s a pleasure to follow along. She also posts regular vlogs on anouska.net.

DJ and model Daniella Moyles launched The Travel Two in 2016 with her friend Martin Gaughan, who has a background producing travel TV series. Together, the pair writes about their favourite locations, sharing their ultimate travel experiences and offering tips on touring at home and abroad. In terms of Ireland, recent posts have included a how-to guide to taking a road trip along the Wild Atlantic Way, a breakdown of the country’s most dog-friendly spots and a celebration of the lush Irish destination spa the Monart.

Nadia El Ferdaoussi combines her two major passions – beauty and travel – in her blog The Daily S’elf. The in-demand makeup artist posts about road tripping around Ireland and visiting far-flung places like Symi island, Barbados and Berlin, giving insights on issues like preparing for your first scuba dive and packing for Irish music festivals. As well as being featured on the Huffington Post list of Ireland’s top travel bloggers, El Ferdaoussi was listed as a Rising Social and Digital Star by the global communications network Sermo in 2016.

Another blogging power couple, Elaine McArdle and David Murray, who work as an analytics consultant and an actuary respectively, aren’t your stereotypical wanderers. The travel-worshipping couple began The Whole World is a Playground to document their addiction, with the aim of visiting at least 15 countries every single year. Silver winners at the Littlewoods Ireland Blog Awards 2016, they have built up a loyal band of followers who trace their paths across the world through their blog and social media feeds.

Janet Newenham describes her blog, Journalist on the Run, as a way of keeping track of her journey through her own personal bucket list for life, inspired by a story she once read in Chicken Soup for the Soul. Originally aiming to visit 50 countries before turning 30, she has now revised her dream to living and working on all seven continents. Her site has sections dedicated to both short-term trips and living overseas and will be equally useful to any adventurer. It’s also full of ideas for travelling in Ireland’s finest locales, such as Antrim’s Coastal Causeway Route. 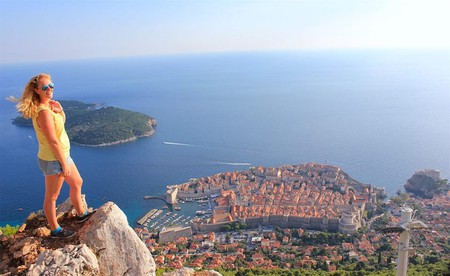 They Wanderlust is a family affair – a luxury travel and lifestyle blog by Irish woman Siobhan McAuley and her ‘family of travel photographers and filmmakers’. Siobhan, her photographer husband Byron Kumbula and their young son Mason venture to the world’s most exclusive locations – recent trips include a stay at Zanzibar’s Tulia Unique Beach Resort and Spa and a Valentine’s Day jaunt to the Maldives – creating content for high-end hotels and brands. Be warned, though, as their blog will make you green with envy.

Having worked as a travel agent for over 20 years, Sarah Slattery deserves the title she has given herself: The Travel Expert. She has visited more than 50 countries, and on the blog, she shares helpful information and advice about the best family holidays, city breaks and staycations she has taken – plus much more. A regular contributor to Irish TV and radio on the subject of travel, Slattery has the inside scoop on tons of travel hacks – for example, how to find cheap deals and how to change a Ryanair ticket without incurring a penalty.