The 10 Best Restaurants in Limerick, Ireland

Located in the south-west of Ireland in the province of Munster, Limerick city and county are known for unique culinary traditions and culture. Celebrated as the National City of Culture in 2014, Limerick has a number of award-winning restaurants serving everything from traditional Irish eats, to more modern European-inspired fare. From city center to rustic countryside, here are the top 10 restaurants in Limerick. 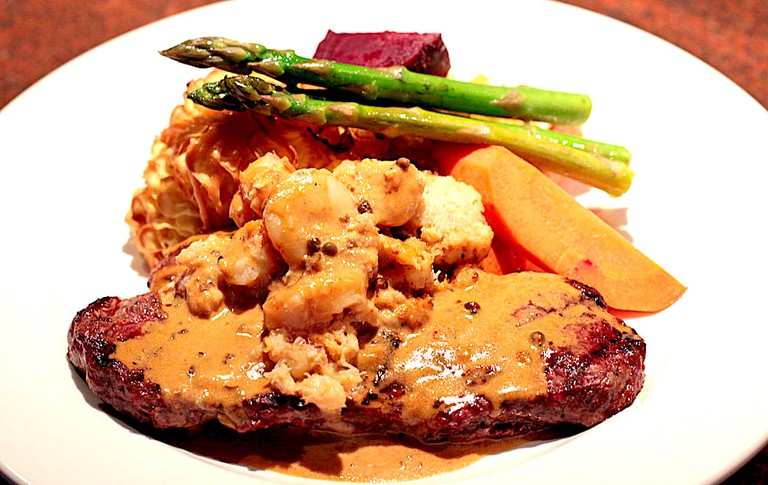 Housed in a restored 19th-century building, Freddy’s Bistro is an award-winning restaurant in the heart of Limerick city, situated on the historic Theatre Lane. The interior is decorated with rustic wooden floors and traditional stone walls, and the space is lit with flickering candles, adding to the warm atmosphere.

The menu features a selection of traditional Irish dishes such as steak and seafood, made to order by their prize winning chefs, and from the freshest ingredients. The family-owned and run restaurant bakes all their own breads and makes all their desserts in house. They also cater for celiacs and those with other dietary requirements. For a simple and hassle-free night out, Freddy’s Bistro is a little beacon of old-fashioned hospitality.

Named after their quirky shaped door, Sash Restaurant is situated on the first floor of No. 1 Pery Square. The restaurant’s location provides stunning views of the surrounding Georgian-style streets. The menu is traditional and takes its influence from the building’s architecture, serving food that would have been served when the building was first built.

The emphasis is on home-cooked food, but with a modern twist creating elegant and sophisticated dishes. Everything on their menu is made using locally sourced, seasonal ingredients. They also use herbs grown in their own kitchen gardens. Complimenting their delectable food is their carefully selected list of wines, which feature unique boutique bottles as well as more familiar names. The attention to detail and historic character of Sash Restaurant will leave you with a lasting impression.

Influenced by the variety of flavors and foods of Europe, Azur Restaurant mixes local fare with international cuisine. Their menu offers classic dishes inspired by Irish and European cooking techniques. Highlights from their menu include their signature trio of seafood, their local lamb cannon, and their famous succulent steaks. There are also daily specials available, meaning there is always something new to try. Furthermore, all their fish, meat and vegetables are from local sources and producers, meaning they are always fresh. Together with a warm and inviting atmosphere, a night at Azur Restaurant is guaranteed to be a memorable one.

Opening its doors in 2008, The French Table saw a dream become reality for Strasbourg-born Thomas Fialon and his wife. Having managed a restaurant in Switzerland, the couple moved to Ireland to bring Thomas’ culinary heritage to Limerick. The menu consists of authentic French cuisine, but with an Irish take on the dishes. It also reveals the influence of Thomas’ grandmother on his cooking, and she is said to have taught him the importance of basic and simple flavors.

Must-try dishes from the menu include their fillet of fresh Atlantic haddock served with smoked aubergine cream and lemon mayonnaise, their seven-hour roasted shoulder of Irish lamb and their grilled Irish beef sirloin with a green peppercorn sauce. These are served by friendly and approachable staff. The French Table is a quiet oasis away from the hustle and bustle of Limerick city. Diners can enjoy their delicious meal while sipping a fine wine and overlooking the river – the perfect escape.

The Curragower Bar and Restaurant 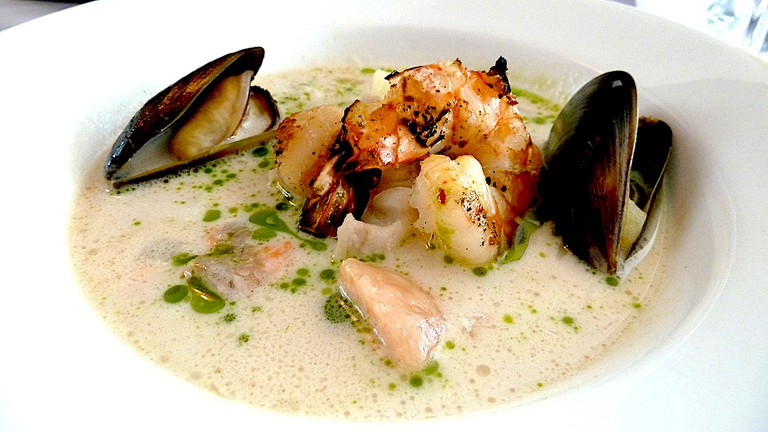 Situated right on the bank of the River Shannon and in the center of Limerick’s medieval quarter is The Curragower Bar and Restaurant. Serving high quality, tantalizing food, the restaurant’s menu has won a number of awards and accolades. It can be enjoyed both indoors in their atmospheric dining area, and outside with spectacular views of King John’s Castle and the Curragower Falls, which give the restaurant its name. Popular favorites from the menu include their succulent seafood chowder, their seafood pie with chunks of salmon, cod and prawns, and their house burger served with homemade onion rings. For local food and an inviting atmosphere, look no further than the Curragower. 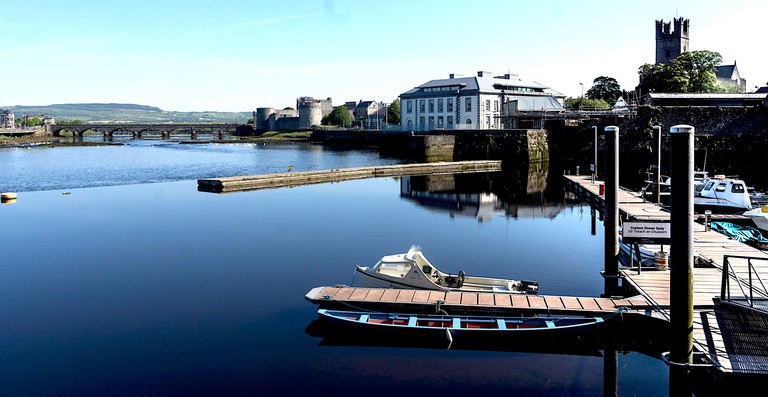 River Shannon in Limerick | © William Murphy/Flickr
The River Restaurant at the Limerick Strand Hotel is a truly unique dining experience that will have you returning again and again. Overlooking the River Shannon, the menu at the River Restaurant places an emphasis on locally sourced, seasonal ingredients, which means their menu is constantly changing. Partnering with local farms and dairies, the kitchen creates intriguing dishes such as supreme of Irish chicken with white bean, Ballyporeen bacon and peas, and Skeaghanore Farm duck served with carrot, asparagus and cep (porcini mushroom) essence.

The restaurant and staff have also won a number of awards, such as Best Chef in Limerick both in 2013 and 2014 at the Irish Restaurant Awards. They were also awarded the Best Breakfast Georgina Campbell award in 2014. The restaurant also produces its own range of foods to take home, called The Secret Ingredient, which allows diners to try inspiring tastes from the restaurant at home. Popular items from this range include their classic Caesar dressing, their chicken liver parfait, and their homemade jams. 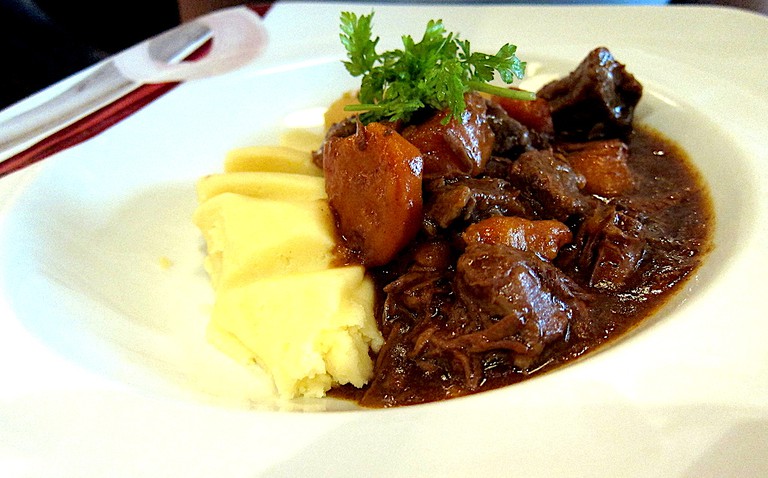 For music lovers, look no further than Dolans Pub and Restaurant. Housing a traditional Irish pub, a restaurant and two music venues, Dolans has become a firm favorite of Limerick city. Located on the Dock Road, Dolans came into being in 1994, when Mick and Valerie took over the premises. It was previously known as The Mill Tavern, but following the takeover, it became a popular destination for both locals and visitors. It expanded in 1998 and again in 2004, and is now a well-established attraction in the city.

When people are not visiting the venue for the biggest names in music, they are tucking into the equally famous traditional Irish food. Popular choices include their Limerick bacon and cabbage served with homemade parsley and onion sauce, and Irish stew with tender pieces of Limerick lamb simmered in a herb broth, and served with root vegetables and creamed potatoes. These main courses are finished off with delectable desserts, such as their homemade apple crumble, or Death by Chocolate cake. For the ultimate Limerick experience, Dolans is the place to go. 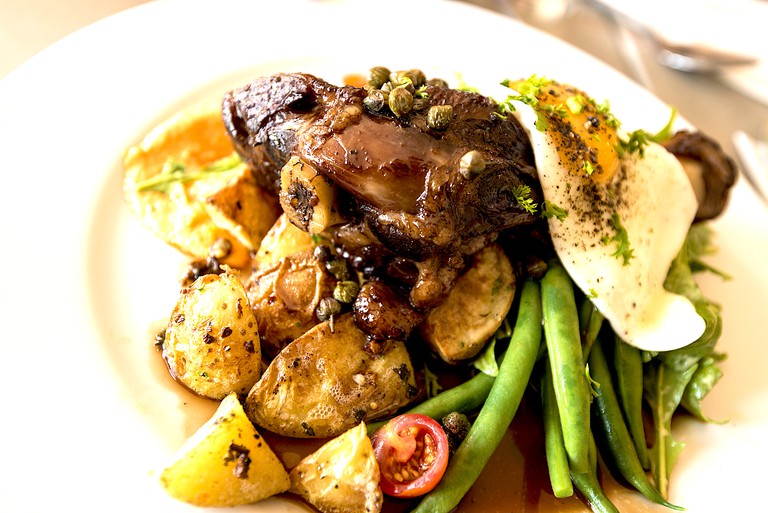 Combining the very best in diverse culinary cultures is Chocolat. The flavor of Mediterranean produce, the richness of Asian spices and the tastes of Irish cuisine are all fused to create an intriguing and memorable menu. Food highlights include their country braised lamb shank served with creamy mash or baby potatoes, Spanish paella with mussels, prawns, calamari and salsa verde, and their yan pang chicken. For those with a sweet tooth, try their Snickers Belgian chocolate mousse or their white chocolate cheesecake. The staff at Chocolat are friendly and their food beautifully presented. Whether it is for a business lunch, a get together with friends or an intimate dinner date, Chocolat has something for everyone. 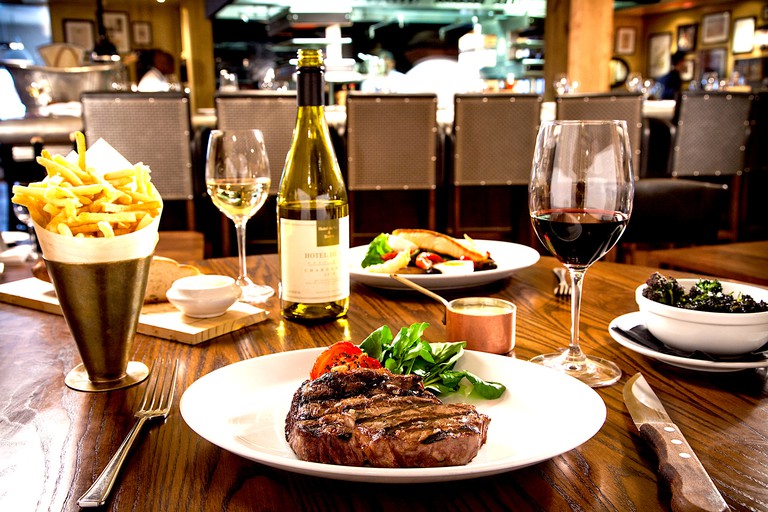 Situated just outside Limerick city, Russells Select Bar is a family-run business that is a much-loved part of the community. Visitors to the bar will be greeted by warm hospitality and a welcoming atmosphere. Russell’s Select Bar is also famed for its attention to detail – evident in their dishes. Their menu is divided into evening, carvery and salad, and features dishes such as their homemade bowl of Atlantic seafood chowder, butchers style herb sausages and potato mash, and their famous sirloin steaks. There is also regular live music, meaning there is always an exciting atmosphere whenever you visit this popular restaurant and bar. 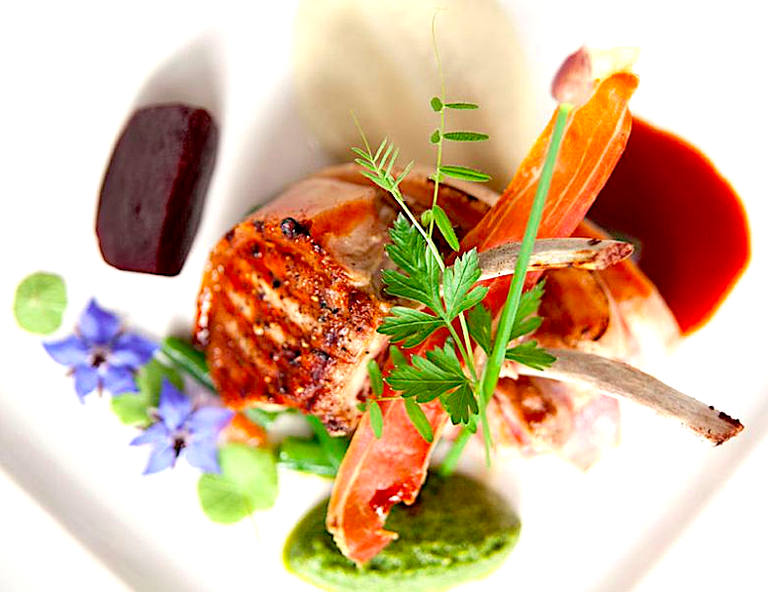 Food at The Mustard Seed at Echo Lodge | © Courtesy of The Mustard Seed at Echo Lodge
The Mustard Seed Restaurant first opened in 1985 in Adare and quickly became a popular favorite in the village. Its award-winning food and impeccable service attracted both locals and international visitors. Following a decade of success, the owner Dan Mullane decided to move the restaurant to the elegant county house, Echo Lodge. Located in the heart of the Limerick countryside, the Mustard Seed Restaurant has continued to grow from strength to strength. Head Chef Angel Pirev has maintained the culinary traditions and tastes that began in Adare twenty years ago. Their four-course table d’hote menu is formed from seasonal ingredients. The Mustard Seed Restaurant has received much acclaim over the years, and was listed as one of the top three finalists for Best Restaurant in Ireland in 2014 in the National Hospitality Awards. It was also awarded the Best Restaurant in Ireland in 2013 in the Hotel and Catering Gold Medal Awards.
Open In Google Maps
Cloontemple, Ballingarry, County Limerick, V94 EHN8, Ireland
+3536968508
Visit Website
Give us feedback