The 10 Best Restaurants In Dublin 2, Ireland

The 10 Best Restaurants In Dublin 2, Ireland

Saint Stephen's Green | ©Nicolas Raymond/Flick
Located south of the River Liffey, Dublin 2 is a bustling, buzzing district in Ireland’s capital. Encompassing the popular areas of Temple Bar, Dame Street, Grafton Street and Stephen’s Green, Dublin 2 is a thriving hub of cultural activities. This southern microcosm is home to a number of critically acclaimed and noteworthy restaurants, from tasty tapas bars to the establishments boasting the finest French cuisine. We take a look at the top ten restaurants in this trendy neighborhood.

Serving French cuisine with a modern twist is the Pearl Brasserie. This restaurant opened its doors in 2000 and it has since become a favorite among critics and diners alike, having been awarded a number of accolades. Dishes on their menus can include lamb shoulder fritters with spiced aubergine, mint yogurt and cucumber, or roast venison with crèpes, polenta, sherry and cauliflower. These delicious plates can be enjoyed in the restaurant’s intimate nooks and dining areas, accompanied by friendly and attentive service. The Pearl Brasserie is a food haven which, coupled with an extensive wine menu, makes this restaurant an ideal escape from the hustle and bustle of Dublin city. 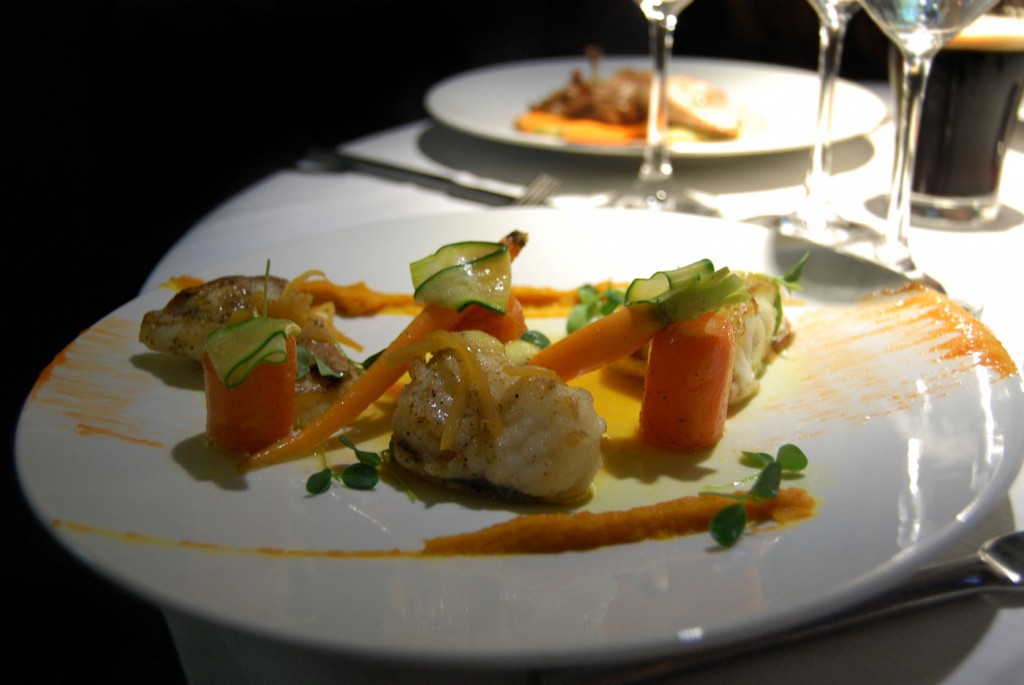 Restaurant, Cafe, Coffee Shop, Irish, Coffee, Tea , Beer, Wine, Cocktails, European, Soup, $$$
Café en Seine | ©SloopRiggedSkiff/Flickr
Over the years, 39-40 Dawson Street has seen a number of reincarnations, from a clerical club, to a car showroom, to a doctor’s surgery and even a bicycle shop. In 1993, the building adopted the name Café en Seine and has since enjoyed its new lease of life, expanding further in 2001 to become the thriving venue it is today. Café en Seine exudes style with the building luxuriously decorated throughout. During the day, visitors can enjoy a casual cafe menu whilst relaxing in lounge chairs. Come nightfall, diners can clink glasses and tuck into Café en Seine’s brasserie style dinner menu, which features a wide variety of local and more exotic dishes. There is often live music too, meaning there is always an exciting atmosphere.
More Info
Open In Google Maps
40 Dawson Street, Dublin, County Dublin, Ireland
+35316774567
Visit website
Give us feedback

Run by the organisation called Bodytonic, The Bernard Shaw Café burst onto Dublin’s culinary and nightlife scene in 2006 and has made a lasting impression. Unlike anywhere else in Dublin, The Bernard Shaw brings an exciting buzz and trendiness similar to that of London’s Shoreditch to Ireland’s capital. The Bernard Shaw comprises of an Italian cafe, the famous Big Blue Bus pizza kitchen and a large beer garden. For a relatively small venue, The Bernard Shaw offers a lot. Serving all the daily meals, this eclectic space is always busy with regular and new visitors. Music is Bodytonic’s first love and The Bernard Shaw offers weekly late nights, playing a range of musical genres to suit everyone’s taste. For appetizing pizza and ambient sounds, it is hard to beat The Bernard Shaw. 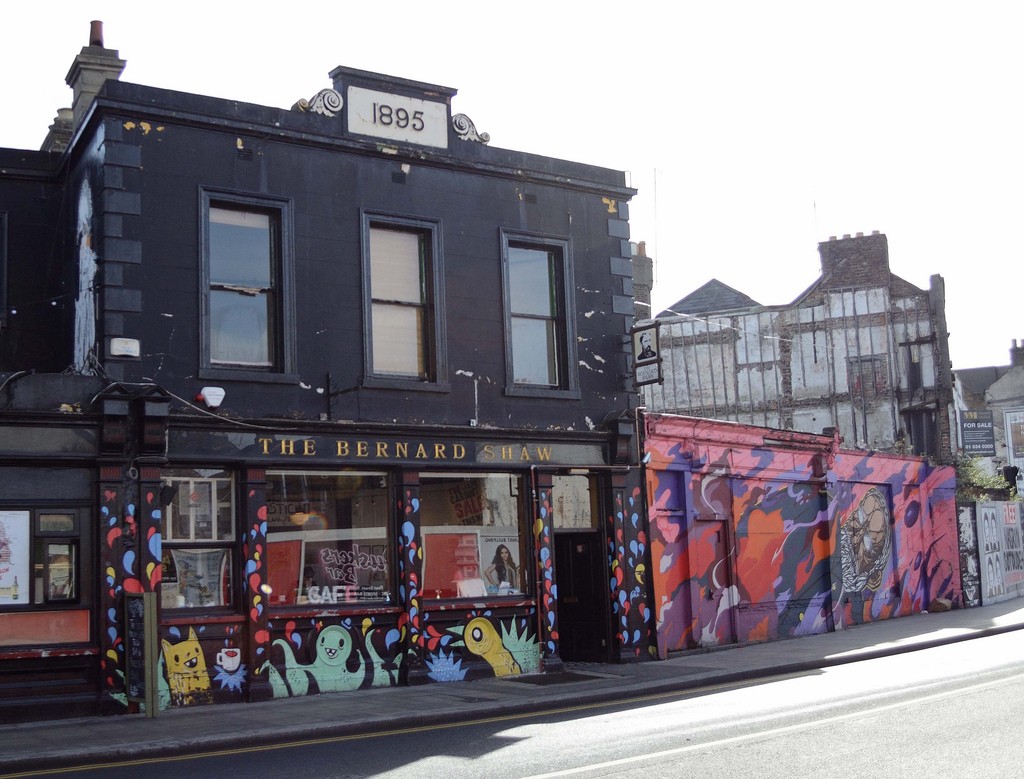 Boutique, Casual, Quirky
Give us feedback

Restaurant, Vegetarian, European, Vegan, Contemporary, $$$
Cornucopia serves vegetarian and vegan dishes at affordable prices | © Cornucopia
For vegetarians and vegans, Cornucopiais a must visit. A part of Dublin’s cafe scene since 1986, Cornucopia has set the bar high and raised the standard of alternative eating in the Fair City. A more casual dining experience, Cornucopia has received a number of awards and accolades for their healthy and hearty food, which is not only popular with vegans and vegetarians, but also a local favorite for meat eaters. Meals are created with an emphasis on healthy eating, organic produce, locally sourced ingredients and good, old-fashioned home cooking. The two dining areas are eclectically decorated and provide a colourful environment that amplifies the restaurant’s inviting atmosphere. The popularity of Cornucopia’s fare has resulted in an award winning cookbook Cornucopia At Home, which won the inaugural award of ‘Listowel Foodbook of the Year‘ 2010. With live instrumental harp and guitar music on Thursday, Friday and Saturday evenings, Cornucopia is an experience worth trying.
More Info
Open In Google Maps
19-20 Wicklow Street, Dublin, County Dublin, D02 FK27, Ireland
+35316777583
Visit website
Give us feedback

Bringing the tastes of Northern Africa and Andalusia to Ireland is a relatively new addition to Dublin 2’s culinary scene, Dada Moroccan Restaurant. This restaurant aims to bring diners a unique and authentic dining experience, and these efforts extend not only to the menu, but also to the decor. Noteworthy plates include their range of tagines and couscous dishes, and can be finished off perfectly with a cup of mint tea, expertly poured by the serving staff. Food can be enjoyed in the main dining area of the restaurant, or on the cozy terrace. An unusual aspect to the restaurant is that diners can bring their own wine to accompany their meal. For an interesting and memorable night, this exotic haunt should not be missed.

Bar, Cocktail Bar, Restaurant, European, Cocktails, $$$
The sister restaurant to the Rustic Stone, Fade Street Social is another critically acclaimed gastronomic gem. Fade Street Social consists of a restaurant, a tapas and gastro bar, and a cocktail winter garden. The menu is created from a number of culinary influences, from Irish to more international fare. Examples from the menu include beef Carpaccio with celeriac and apple remoulade bound with wasabi mayonnaise, apple puree and horseradish, or salted popcorn with crispy, free-range chicken cooked in tapioca flour, rolled in sumac and truffle butter. The restaurant’s popularity is a good indicator of its quality and with new dishes added regularly to their menu, a night at Fade Street Social will be one to remember.
More Info
Open In Google Maps
4 Fade Street, Dublin 2, County Dublin, D02 NF77, Ireland
+35316040066
Visit website

Boutique, Nightlife
Give us feedback

Restaurant, Irish, Vegan, Vegetarian, Gluten-free, $$$
The Farm became a part of Dawson Street in 2007 and is a celebration of Irish produce and food. Aiming to use only locally sourced ingredients whenever they can, this restaurant creates unique and inspiring dishes. There is also a range of gluten-free and organic dishes available, so there is something for every palette and dietary requirement. Although the exterior is unassuming, The Farm’s menu is larger than life, with dishes such as wild Irish confit duck leg with mini herb potato rosti, crispy carrots and cherry brandy jus, as well as their braised organic belly of wild boar with colcannon mash potatoes, caramelized apples and organic highbank cider jus. With unusual flavour combinations and a buzzing atmosphere, it is no surprise that diners return again and again to The Farm.
Permanently closed
More Info
Open In Google Maps
3 Dawson Street, Dublin 2, Ireland, Ireland
+35316718654
Give us feedback

Bar, Irish, Pub Grub, $$$
Once a pig abattoir, the building now houses the Market Bar. Reminders of the past vocation of the space are still visible, such as the draining grates dotted along the floor. Today, they are merely a decorative and quirky feature. Other focal points of this vast space include the wall of clogs and various artworks located around the dining area. Unlike a typical restaurant, Market Bar has a no music policy and, as a result, the space is filled with the clinking of glasses and lively chatter. A highlight from the menu is their great value Spanish-style tapas, which feature a variety of plates and generous portions, perfect for sharing with friends. These tasty dishes are accompanied by a wide selection of craft beers available on tap and a delicious cocktail menu. With friendly service, the Market Bar is a must visit in Dublin 2.
More Info
Open In Google Maps
14A Fade Street, Dublin 2, County Dublin, Ireland
+35316139094
Visit website
Give us feedback

Restaurant, Irish
With something to suit every type of occasion, Odessa has three dining areas on offer; from a chilled basement dining space to their main ground floor cosmopolitan eatery to a more private first floor room. Diners can enjoy dishes such as nam beef salad with ice leaf, Asian vegetables and a chardonnay vinaigrette, or a vegetarian nut burger, tomato relish, smoked Applewood cheese, dill pickle, tomato, rosemary and sea salt chips. For dessert opt for a double chocolate parfait with caramelized orange and raspberries. Odessa also offers great value early bird and sharing menus. Dining at Odessa promises to be a memorable night out.
Permanently closed
More Info
Open In Google Maps
Dublin, Ireland
Give us feedback

Diner, Restaurant, Irish, $$$
Salad | ©Pixabay
At the Rustic Stone, diner satisfaction is central to the ethos of the restaurant. The venue aims to cater for individual tastes and dietary needs. Their menu is created using seasonally changing ingredients, meaning there is always something new to try. Dishes are also devised to prioritize healthy eating, using only organic ingredients and no butter or cream. Ingredients are also sourced locally from farmers and producers, guaranteeing freshness and a fullness of flavor. Sumptuous meat and fish dishes are served on the hot volcanic stone on which they were cooked, an old Spanish technique. There is also a range of salads and dressings which diners can mix themselves. The Rustic Stone is the brainchild of Dylan McGrath, a big name on Dublin’s restaurant scene. Dylan opened the Rustic Stone in 2010 and it has since become a popular destination for food lovers.
More Info
Open In Google Maps
17 South Great George's Street, Dublin 2, County Dublin, D02 HD76, Ireland
+35317079596
Visit website
Give us feedback
Give us feedback