Born in Sandycove, Dublin, in 1864, Roger Casement was an Irish diplomat knighted by the British government in 1911 for his humanitarian work. In spite of his successes fighting for human rights in European colonies in Africa and South America, Casement was later stripped of his knighthood and sentenced to death for his role in the Irish rebellion. Of the 16 people executed for their role in the Easter Rising 1916, he was the only one to be hanged.

Roger Casement was born to a retired British army officer – the son of a shipping merchant from Belfast – and a woman from an Anglo-Irish Dublin family. After living in Sandycove for his early years, the family moved to England, where his mother had Casement baptised a Roman Catholic in secret. Following the death of both parents, he lived in Antrim with his paternal family for a time before moving to Liverpool at the age of 16, following in his grandfather’s footsteps by working in the shipping industry. 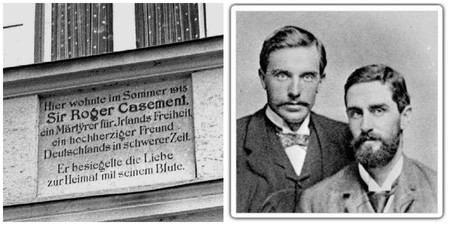 Entry to the British Consul Service

His work with the Elder Dempster shipping company soon brought Casement to the Congo, while the state was still owned by King Léopold the II of Belgium. In 1895, Casement began working for the British consular service, and though he was initially pro-colonisation, he became critical of the conditions under Léopold after discovering rampant exploitation taking place at Congolese rubber plantations. He reported that workers were being ‘motivated’ with guns, chains and whips, while profits for the Anglo-Belgian India Rubber Company soared. 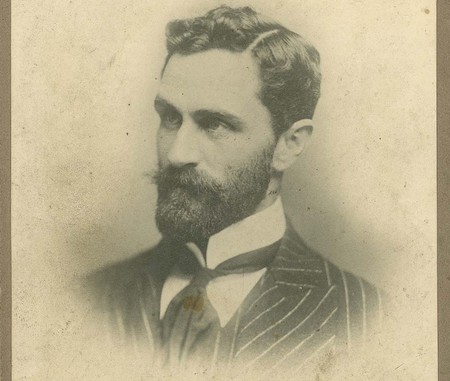 In 1903, Roger Casement was asked in his capacity as the British consul at the port of Boma in the Congo Free State to report back to the British government on reported human rights violations at the rubber plantations. His findings resulted in the 1904 Casement Report, which documented extensive abuses against the native population over the course of 40 pages. After its publication, Casement independently founded the Congo Reform Association with the Protestant preacher Dr. Henry Grattan Guinness and the journalist – and former fellow clerk at Elder Dempster – E. D. Morel in 1904, to fight for better rights for the Congolese. Four years later, the Belgian Parliament took over the Congo from King Léopold. 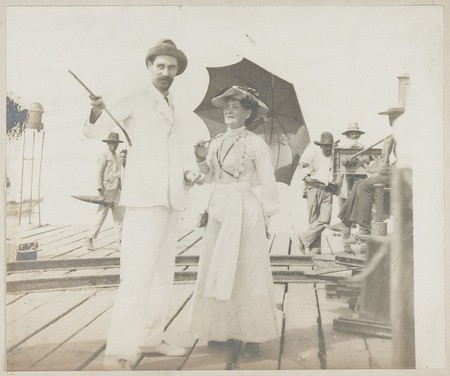 After the Congo, Casement was sent to investigate further human rights abuses at rubber plantations in Peru by the British-owned Peruvian Amazon Company (PAC). After publishing another damning report, in which he interviewed several locals suffering under oppressive conditions, Casement co-ordinated with the Anti-Slavery Society to arrange Catholic mission interventions in the area. PAC ultimately went out of business as a direct result of Casement’s work. 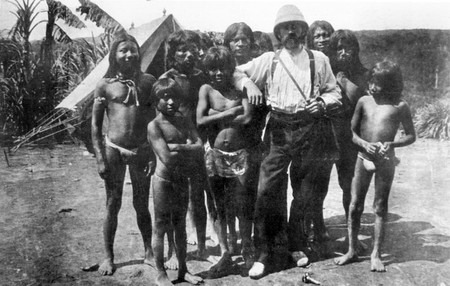 Roger Casement with locals in the Putumayo basin | © Unknown/WikiCommons

While visiting Ireland in the early 20th century, Casement had joined Conradh na Gaeilge – the Gaelic League – a group aimed at preserving the then-fading Irish language. Over the following years, his dedication to the cause of Irish independence grew. After retiring from the British consul in 1913, he was a founder of the Irish Volunteers military organisation, developed in response to growing opposition from Irish unionists to the passing of the Third Home Rule Bill for Ireland, and the potential for greater independence in the country. Casement even co-wrote the group’s manifesto, and the following year, he helped to plan and finance the delivery of a boatload of artillery from Belgium to the Dublin suburb of Howth for the Volunteers.

Later in 1914, Casement travelled first to the US and later to Germany, in an attempt to raise funds and military support for the impending Irish rebellion. He spent a year and a half in Germany trying to recruit Irish prisoners of war there to join an ‘Irish Brigade’ to fight the British. Having been unsuccessful at gathering enough funds or troops to make the insurrection likely to succeed, he returned to Ireland by German submarine days before the Easter Rising to try to stop it going ahead. But after landing at Banna Beach in County Kerry, he was captured by British forces at the ancient McKenna’s Fort, an ancient ring fort, and brought to Brixton Prison. 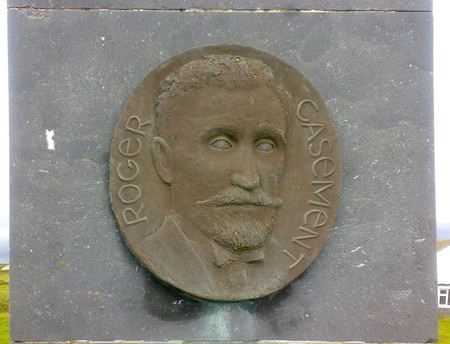 A monument to Roger Casement in Kerry | © Dennissheehan/WikiCommons

Hanged on a Comma

During Casement’s trial for high treason, his private journal entries – later known as the Black Diaries – were secretly released by the British government, in the hope that revelations about his homosexuality would help undermine public support for the well-known humanitarian. The case against him was shaky – as his alleged treason had taken place in Germany and not the UK – and in the end, his guilt was determined by the placement of a comma in the Treason Act of 1351, which was written in Norman French. Casement famously wrote later that he was to be ‘hanged on a comma’. Despite protests from people like the Irish poet W.B. Yeats and playwright George Bernard Shaw, Casement was convicted and hanged in August of 1916.