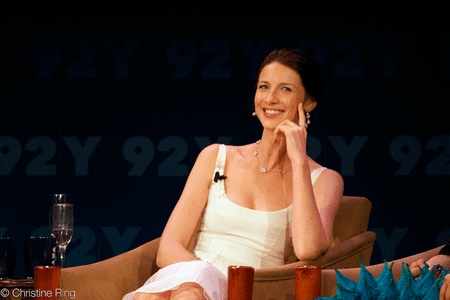 Irish actress Caitriona Balfe’s star has been on the rise for some time, as her years of hard work and dedication have begun to pay off nicely. A breakout role in the TV adaptation of the Outlander novel series has earned many accolades and pushed her name towards the top of the theatrical bill. Earlier this year she starred alongside Hollywood heavyweights George Clooney and Julia Roberts in the thriller Money Monster.

Born in Dublin and raised in Monaghan, fluent Irish-speaker Caitriona Balfe studied theatre at the Dublin Institute of Technology’s Conservatory of Music and Drama before being scouted as a slightly reluctant model in the late 1990s. She enjoyed a successful catwalk modelling career for ten years, walking for big names like Chanel, Moschino, Givenchy and Louis Vuitton and starring as an uncredited ‘clacker’ extra in the 2006 film The Devil Wears Prada. She then moved to Los Angeles in 2009 to pursue her dream of appearing on the big screen in a more prominent way. 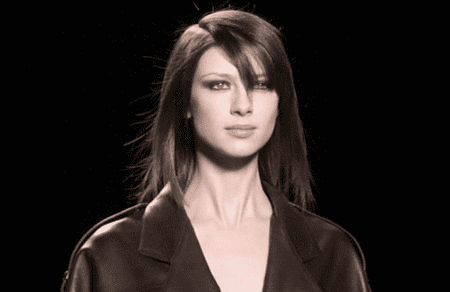 Balfe on the runway for Michael Kors in 2003 | © Narciso003/WikiCommons

After arriving in L.A., Balfe trained hard in her chosen craft, taking acting classes with some of the city’s best coaches, like Warner Loughlin – who taught Zooey Deschanel and Amy Adams – and Judith Weston. Her tenacity soon earned her small film parts in thrillers like Super 8 and Now You See Me, and in 2013 she finally landed her breakout role as the lead in the television adaptation of Diana Gabaldon’s Outlander series of historical time travel novels.

When the drama – since billed as ‘the feminist answer to Game of Thrones’ by BuzzFeed – began to air on the Starz network the following year, the quality of Balfe’s performance was widely and heartily praised. She was applauded in media outlets such as Vanity Fair, Time and The New York Times, and Entertainment Weekly listed her among its ‘12 Breakout Stars of 2014’. Since then, her role as Outlander’s Claire Beauchamp Randall Fraser has gone on to win her two Saturn Awards – granted by the Academy of Science Fiction, Fantasy and Horror Films – and a People’s Choice Award, as well as seeing her nominated for a Golden Globe and three Irish Film & Television Awards.

And her career just keeps getting better. In 2016, she appeared in Money Monster, a thriller directed by Jodie Foster and starring George Clooney, Julia Roberts and Dominic West. Balfe has reportedly just begun shooting the third season of Outlander in Scotland.