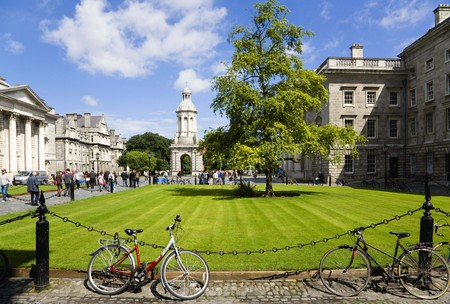 Set in a small village on the Irish coast and the student halls of Trinity College Dublin, Normal People is a compelling story of love and friendship, set against the complications of class, youth and leaving home.

Normal People is the story of Marianne and Connell, who are growing up in a small town in the west of Ireland. It carries on, in part, from where Conversations With Friends – Sally Rooney’s acclaimed debut – left off: character names are carried forward, as is Trinity College Dublin’s bookish setting, and once again, human relationships and their frayed edges take centre stage.

At school, Connell is the popular, loved football star whose “figure was like a long elegant line drawn with a brush”, while Marianne is considered a friendless weirdo. She assumes she is hated by everyone, including Connell. But outside the social strata of school, the balance of power is reversed; Connell’s mother cleans at Marianne’s family’s “white mansion”, a dynamic that plunges both of them into adolescent awkwardness. But beneath the noise of their social inequality, they share a clandestine connection that forms the root of the novel’s plot and structure. Their relationship is both sexual and scholarly, cumbersome and graceful; perfectly normal and, like all relationships, completely unique.

The story plays out over time-stamped chapters, each segregated by a matter of months. As such, the novel’s structure is piecemeal, its fragments stitched together with recollections, regrets and frequent allusions to how the past informs the present. The simplicity of time’s linear path contrasts love’s nebulous form and we join Marianne and Connell in trying to piece together their on-and-off relationship, amid all its interruptions, near misses and brief encounters. It builds an intimacy with the young couple even their friends aren’t afforded: after all, what would Connell’s mates say if they knew he was dating the girl who “wears ugly thick-soled flat shoes and doesn’t put make-up on her face?” 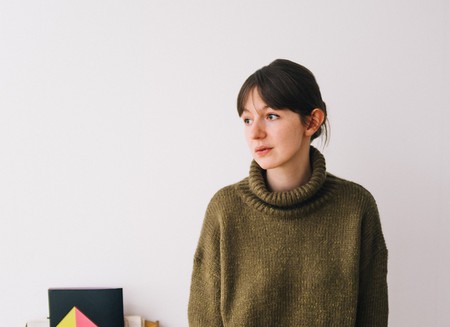 Rooney’s psychological acuity and her ability to render it in everyday prose is the novel’s triumph. Connell and Marianne’s clumsy, imperfect dialogue is perfectly crafted, as they fluctuate between wanting to say more and having said too much. It captures the embarrassment of wanting something, or someone, and how that shame is either expressed or repressed. During one summer, the two are separated, with Connell at home in Carricklea and Marianne at university. We later learn that if Connell had only asked to stay with Marianne that summer in Dublin, she would have said yes. Rooney’s relationships are subject to chance – made, solidified and broken by myriad small moments. Meanwhile the narrator’s poetic interjections are loaded with insight: “The snow keeps falling, like a ceaseless repetition of the same infinitesimally small mistake”. It’s exquisite writing, alluding to the subterranean forces shifting beneath Connell and Marianne’s feet.

The fullness of the two protagonists, however, only serves to highlight the disappointingly thin peripheral characters. With the exception of Connell’s mother Lorraine – whom we grow to love for her direct, no-nonsense attitude – many of Rooney’s supporting acts are drawn with a heavy hand: Marianne’s foul, abusive brother appears to have no redeeming qualities to the point of parody; Marianne’s only other serious love interest, Jamie, is unthinking and ignorant, his pontifications about champagne flutes confirming his complete undateability. Their glaring unpleasantness means we only ever root for Connell and Marianne, injecting their relationship with a false inevitability at odds with the book’s exploration of love’s relationship with timing and chance.

In spite of her weaker characters, Normal People has been longlisted for this year’s Man Booker Prize, deservedly so. Rooney is pioneering a new kind of realism, grounded not in prolific detail but in the interconnectedness of things. Where Rooney excels is in illustrating how one moment connects to another, drawing constellations in human behaviour’s indecipherable night sky.

Normal People by Sally Rooney is published by Faber & Faber, £14.99