Dame Ninette de Valois, known affectionately as Madam, had an immense impact on modern ballet, from setting up The Royal Ballet to nurturing the talent prima ballerinas assolutas. We take a look at the life and immense achievement of the Irish mother of British ballet, from her formative years to her international accolades and fame. 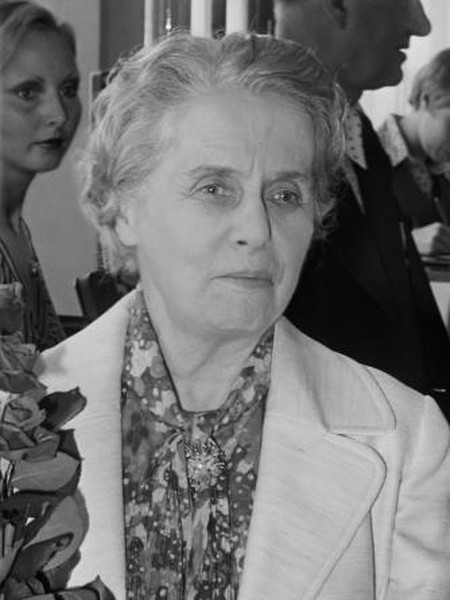 Born as Edris Stannus in 1898 in Ireland near the town of Blessington in County Wicklow, following the death of her father she moved with her family to England in 1905. At this early age, two formative memories sparked what would become a lifelong interest in dancing: her family home was filled with Irish dance; and as a child, she attended a performance of Sleeping Beauty in the Gaiety Theatre Dublin. With this preliminary knowledge of dance, De Valois started to attend ballet lessons at the age of 10, then going on to professional dance training at the Lila Field Academy for Children at 13. It was around this time that she legally changed her name to Ninette de Valois, which was to become one of the most recognised names in modern ballet.

Following her initial dance training, de Valois went on to receive coaching from some of the world’s most notable teachers and mentors, such as Edouard Espinosa, Enrico Cecchetti and Nicholas Legat. It was then in 1923 that de Valois joined the Ballets Russes, one of the world’s leading ballet companies, a move which cemented her lifelong career and growing reputation in ballet. Under the tutelage of the Russian impresario Sergei Diaghilev, whom she always cited as her inspiration and source of success, de Valois rose to the rank of soloist, and performed in some of the company’s most iconic ballets, such as Les Biches and Le Train Bleu. 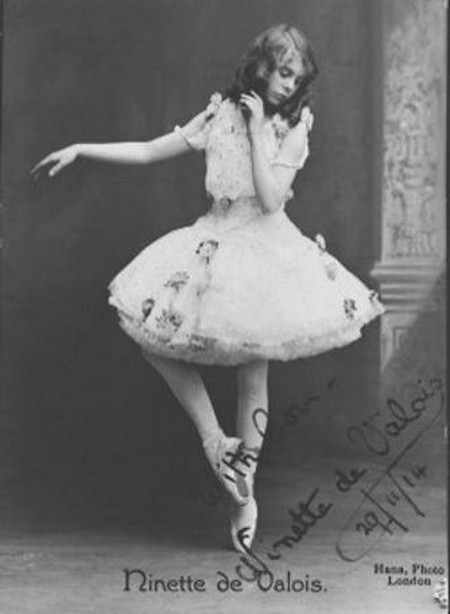 In 1927, De Valois left the Ballets Russes to achieve her goal of creating her own repertory ballet company and school, and established her own dance school for girls, the Academy of Choreographic Art in Kensington, that aimed at creating and promoting a uniquely British style of ballet. Although she had grounded her career in Britain, de Valois never ignored her Irish roots, and in that same year, de Valois was invited back to Ireland by W.B. Yeats, where she established the Abbey Theatre School of Ballet, which she directed for six years. Although short-lived, the school was the catalyst for a number of other ballet companies set up in Ireland by her students, such as Cepta Cullen and Muriel Kelly.

During the 1930s, de Valois established herself as a choreographer, and produced several short, but iconic ballets, which were performed at the Old Vic and Sadler’s Wells theatres in London following de Valois’ collaboration with Lilian Baylis. Her first performance work was Job in 1931, which set the benchmark for the future of the British ballet repertoire, and was the first ballet to be produced by an entirely British team. Job, consisting of eight scenes,was based on William Blake’s engravings of the Book of Job from the Hebrew Bible, and with a libretto written by Geoffrey Keynes. In the performance, de Valois employed the use of mimed actions to recreate Blake’s style of imagery. Following the success of this ballet, she went on to choreograph The Rake’s Progress in 1935 and Checkmate in 1937, both of which achieved similar success.

These performances were the founding stones of the Vic-Wells Ballet Company, which was a precursor for what would become known as The Royal Ballet, and would be de Valois’ most significant contribution to British ballet. The company lost its links to the Old Vic and Sadler Wells theatres, and accepted an invitation in 1946 to move to the Royal Opera House in Covent Garden, where the company adopted its new name, following a Royal Charter in 1956. Along with its new location, De Valois expanded the enterprise, and started the Royal Ballet School. The Royal Ballet remains the resident ballet company at the Royal Opera House to this day, and is one of the few ballet companies in the world to have staged three dancers considered to be prima ballerina assoluta, including De Valois’ protégée, Alicia Markova. 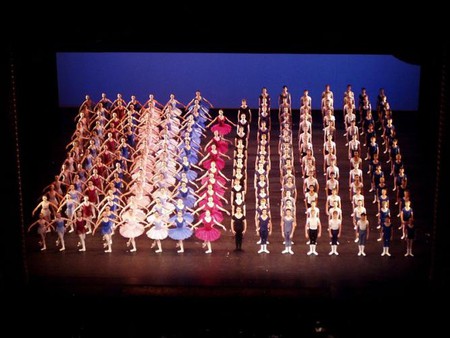 Madam officially retired from the company in 1963, but continued to have an input and relationship with the establishment for the rest of her life, frequently attending performances and acting as a consultant. She also remained the head of the Royal Ballet school until 1970. Following her retirement, de Valois took to writing, and published four books, including a collection of poetry entitled The Cycle in 1985. De Valois’ influence on modern ballet continued to grow, with the National Ballet of Canada and the Australian Ballet influenced by Madam’s methods and works.

Ninette de Valois achieved many awards and accolades in recognition of her contribution to the history of British ballet. In 1947 she was appointed Commander of the Order of the British Empire (CBE), and was later promoted Dame Commander (DBE) in 1951. Madam also received the Bronze award for her services to Ballet from the Irish Catholic Stage Guild in 1949 and had the honour in 1953 of being the first recipient of the Royal Academy of Dance Queen Elizabeth II Coronation Award. De Valois was also featured on the Irish stamp in the year 2000. With this endless list of honours and achievements, it is certain that Ninette de Valois’s legacy and devotion to the art of ballet will continue to be celebrated.