Meet The Lads Who Wrote The Books On Irish Slang

For an American, eavesdropping on a casual conversation in Ireland can be like listening to a foreign language. Between the pints, the accents, the Gaelic and the slang, it’s like getting lost on a country lane without GPS. But above the Eire-babble, there’s one slang word that needs no translation. And it helped two Dublin writers launch the multi-title Feckin’ Collection of books by O’Brien Press. 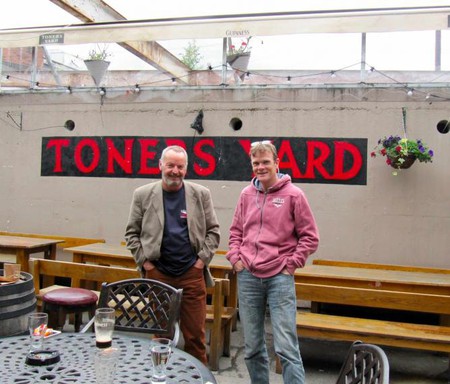 The first in the series, ‘The Book of Feckin’ Irish Slang That’s Great Craic for Cute Hoors and Bowsies’ was published in Ireland in January 2004 and, in the U.S., by Barnes and Noble a few months later. Former advertising Creative Director Colin Murphy (now a full-time writer) and Art Director Donal O’Dea discussed the books in a June 2015 interview over Guinness and cheese toasties (grilled cheese to Americans) at Toner’s Pub beer garden in Dublin. Murphy said they had modest hopes for their first book. Pitching their idea to the publisher, they envisioned that it would appeal primarily to tourists.

Ten ‘feckin’ books later, Murphy and O’Dea are the ‘feckin’ kings of a big ‘feckin’ empire that has gone into multiple printings and commanded a far wider readership than anyone could have predicted. In fact, they credit Irish readers with pushing this ‘invaluable reference book….guaranteed to leave some oul’ wans and Holy Joes completely scarlet’ to the top of the country’s bestseller list. ‘For such a small country, Ireland has so many different accents that we don’t even always understand each other,’ said Murphy. ‘Slang isn’t going away.’ 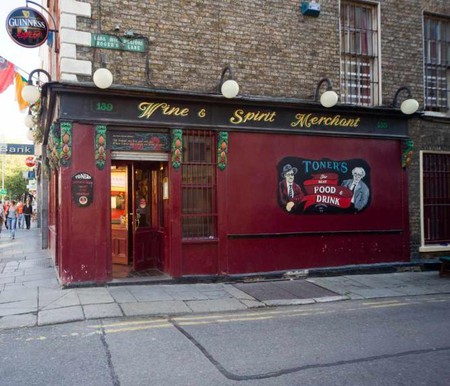 New words are added and old ones get revived so often that the ‘lads’ had enough material for a second slang book, The 2nd Book of Feckin’ Irish Slang that Makes a Holy Show of the First One. O’Dea attributed the books’ local appeal to the Irish tradition of “slagging,” or jokingly belittling each other. ‘It’s all part of the craic,’ he explained, adding that this unique idea of Irish hospitality embraces mischief as well as fun.

He explained that the Irish use ‘feckin’ as a kind of multipurpose adjective for emphasis in all kinds of contexts. When used as a verb, it means, ‘to steal.’ (‘Where’s my feckin’ pint? Donal fecked it.’) In fact, it has become such a common part of casual conversation in Ireland that it has lost its power as an obscenity.

The British-Irish Channel 4 sitcom, ‘Father Ted’ (about three Irish priests and a housekeeper going stir-crazy on weather-battered Craggy Island) popularized the use of the word in Britain. Still popular in reruns, it helps drive sales, even though it was cancelled in 1998.

This isn’t true in the U.S., where itunes would not allow the word ‘feckin’’ in the O’Brien Press slang app based on the books. The name they settled on instead, iPaddy, makes Murphy wince. In the U.S. and England, the belittling term ‘paddy’ was once used to insult the Irish. In Ireland, it still has an offensive ring.

Murphy and O’Dea are not sure if censorship rules would allow an American broadcaster to read the names of their books on the air. ‘If late night hosts come calling, we’d be feckin’ willing to give it a test,’ said Murphy. 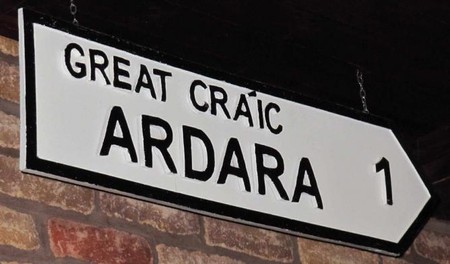 1. Gobshite: This is a sort of swear word that can refer to an individual who is an idiot, an asshole or someone who is socially inept. 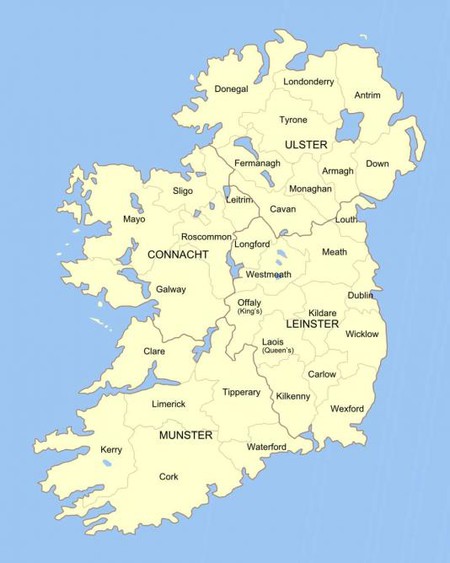 Regions and Provinces of Ireland | © Future Perfect at Sunrise/WikiCommons

5. Rag Order: Adjective meaning something is in complete disarray or in a very bad condition, e.g., ‘My head’s in rag order after those 12 pints last night.’

7. Banjaxed: Very badly broken or damaged, e.g. ‘My car was totally banjaxed after I ran over that leprechaun.’