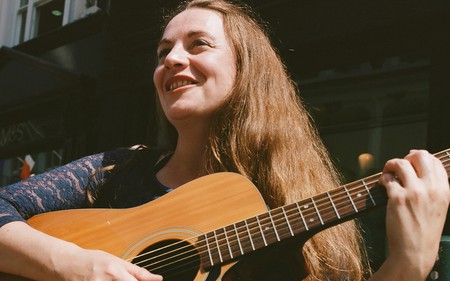 For decades, Grafton Street has provided the soundtrack to Dublin city life. Culture Trip talks to some of the buskers who call the street their stage about why it’s so special.

Come rain, shine or even thunder, one street in Dublin is never empty. Buskers, armed with a range of instruments – from the guitar and the fiddle to the spoons – line the pavements, dreaming of becoming the next big thing. Grafton Street has hosted many of Ireland’s best-known musicians on their way to stardom, and it’s now a pilgrimage for aspiring artists to hone their craft. 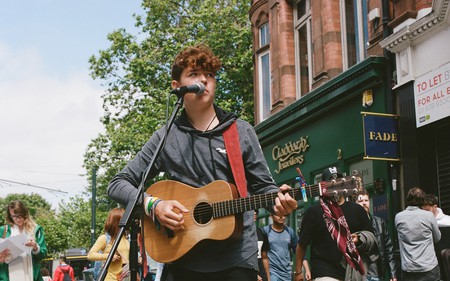 A bustling thoroughfare between St Stephen’s Green and Trinity College Dublin, Grafton Street came to be known as the musical heart of the city in the early 1980s. At this time, the central shopping street became fully pedestrianised, and the heavy foot traffic of people with money to burn began to attract street musicians hoping to captivate audiences. In the years since, many former Grafton Street buskers, including Glen Hansard, Damien Rice, Kodaline and Rodrigo y Gabriela, have made it big. Busking here has evolved into a rite of passage for emerging artists from all corners of the globe.

Playing Grafton Street isn’t like any other busking experience. It’s one of the busiest streets in Europe, with over 9,000 pedestrians passing through every hour – each one could be receptive or rude, generous or quite the opposite. (On the day Culture Trip visited, one busker had €10 in tips stolen right in from of him.) 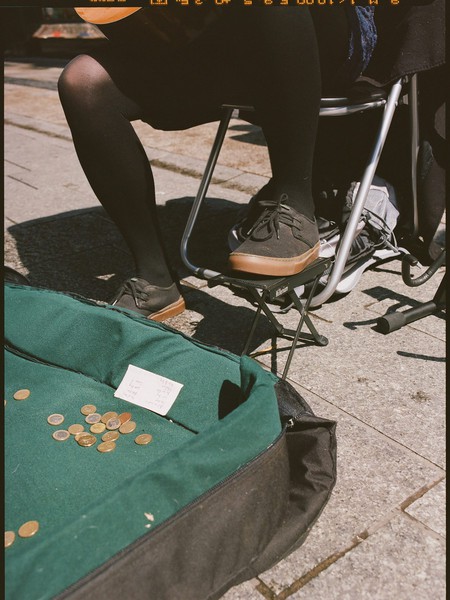 The increased popularity of busking here has also brought with it regulation; buskers pay for the privilege to play on Grafton Street (a permit from the city council costs €30 a year) and adhere to strict by-laws. Each act can only play for one hour before moving on, and can’t return within 100 metres of any of their previous locations until the following day. Performers queue, sometimes for hours, from the crack of dawn for one of the best-designated spots. They’re also in direct competition with other acts along the street playing at the same time, ensuring that everyone who performs here puts their full heart and soul into it.

Musicians from all over the world and all walks of life strive to be heard on Grafton Street, playing everything from authentic Irish trad to modern punk. It’s highly competitive, but that’s part of the appeal.

Christmas Eve is an especially good time to visit, as megastars such as Bono, Glen Hansard and Hozier have been known to turn up and busk for charity. Busking on Grafton Street is only permitted between 11am and 11pm. Each new act begins on the hour, so arrive near the beginning of the hour if you want to hear a full set. During cold weather, grab a coffee from nearby Kaph on Drury Street to drink while you listen. If you like what you’re hearing, leave a tip – €2 or €3 is typical, but more is obviously welcomed, especially if you stay awhile. 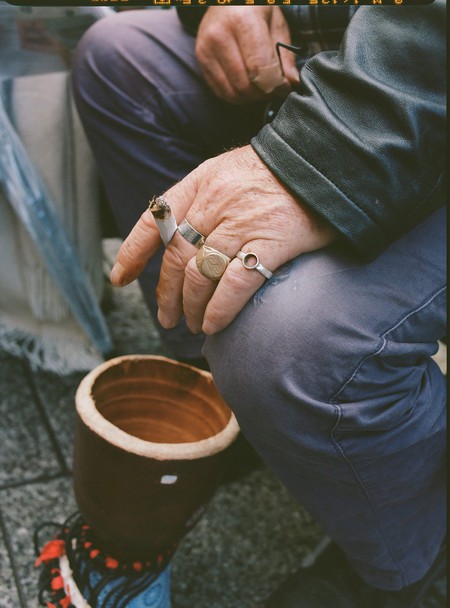 There’s music on every corner in Dublin and Ireland, and the calibre of buskers on Grafton Street has always been high. It’s the busiest street in Dublin, so you kind of have to be ready to come on here. 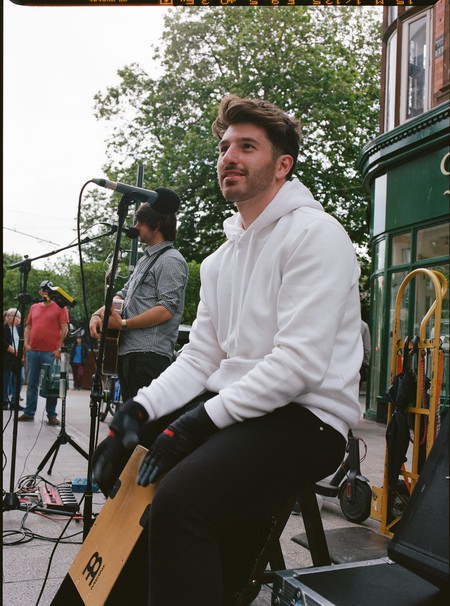 We didn’t start out on Grafton Street – we went to the sidestreets and Temple Bar until we felt we were good enough to compete with the other acts here. You’re dealing with the public every day, this eclectic mix of people – tourists, everyone.

You can create a magical moment out of nowhere. There could be a dancer in the crowd. They jump in the middle of the circle and start dancing, juggling – you name it. We’ve seen it all, basically.

What makes Grafton Street iconic is the history, the fact that so many great acts have passed through it over the years. There’s a tradition of busking here, and you have a critical mass of musicians who are willing to do it – because it’s definitely not for everyone. 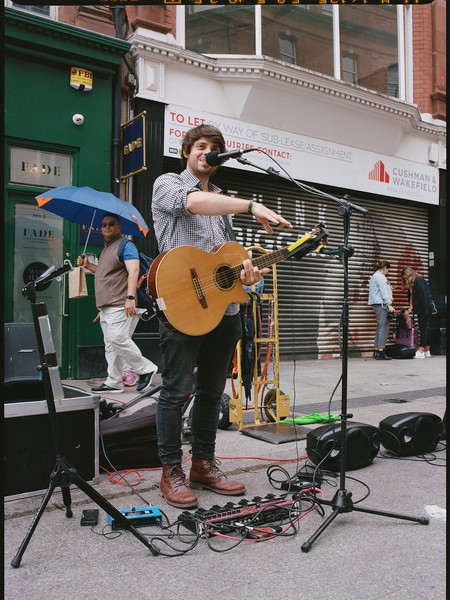 One day a guy walked past us and shouted, “You’re fucking shit. You’re useless. I used to play real music, and you’re just a waste-of-time fucking boy band.” We were just like, “OK, man.” We were pleasant. About 10 minutes later, he came back and said, “You’re actually quite good. I take back what I said earlier.” That was probably our favourite moment.

I’ve busked everywhere else, and I prefer the vibe here – the other buskers are friendly. It’s a good community for growing your music, and people here are quite receptive when it comes to original stuff. The audience wants to listen to what you have to say. 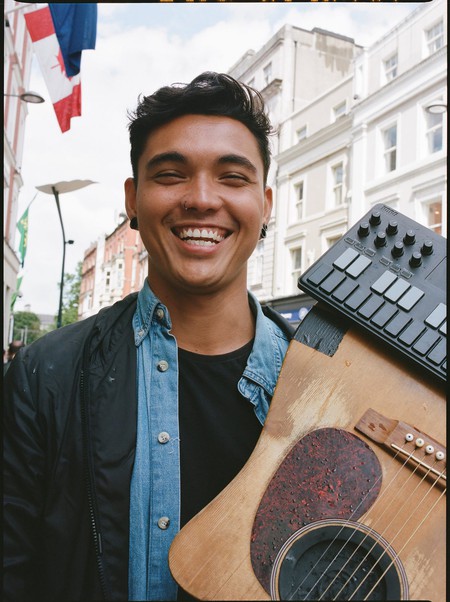 I’ve been doing this for eight years now, so I’ve had a lot of memorable moments. I’ve gotten to play with a few famous people, like Gavin James. He heard me playing here, and now I’m good mates with him. You make a lot of connections. But more so it makes me happy when kids really get into your stuff. That’s the gift of music, you know? I hope we can inspire them to do creative things as well.

When you’re visiting Dublin, you should check out the open mics. There are really cool undiscovered musicians out there, and you get to hang out with them afterwards – they’re friendly people usually. Also, see some local acts play at places like The Grand Social, The Workman’s Club, Whelan’s – all those places have really good music.

Busking has been going on here for years, and so many great artists have come out of Grafton Street. Ireland is a very musical country, and this is one of the elements of that. It’s great for tourism as well because it brings so many people. 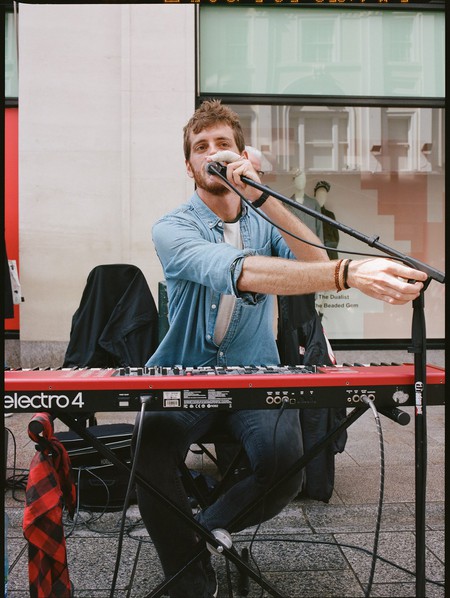 The atmosphere on Grafton Street is so good. It’s so busy – there’s so much going on. 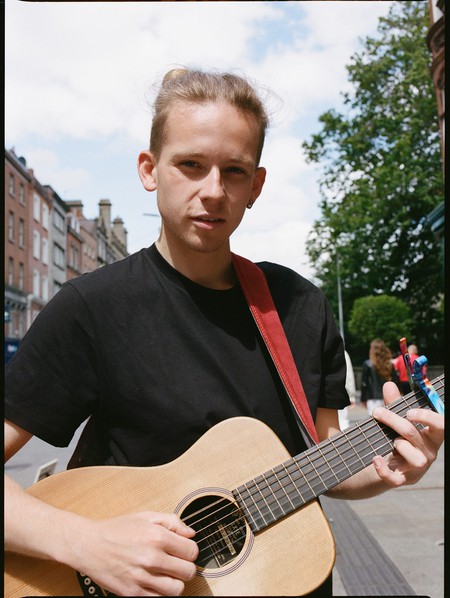 One night I was playing by myself up at the very top of the street by St Stephen’s Green. It was late, and I got a huge crowd around me – it was really fun. That was great. If you’re into music, you should definitely walk through Grafton Street and also check out the pubs that have live music on. It’s what I love most about Dublin.

I grew up in Dublin, and I’ve seen people busking on Grafton Street all my life. When I was a teenager, I used to come down here with all my friends, and I started busking here myself when I was in college. 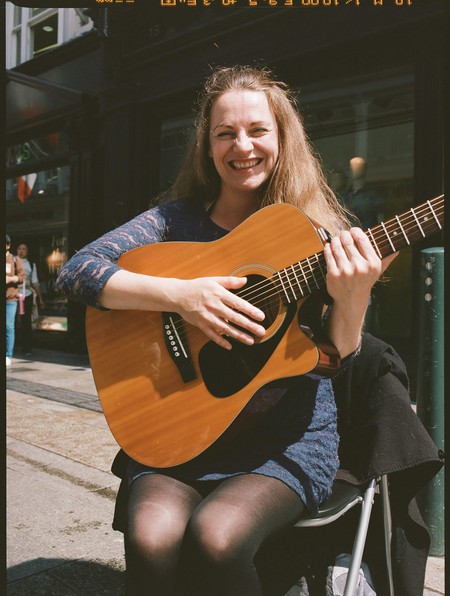 For me, Grafton Street is familiar – I’d say it’s my comfort zone. But it’s a dog-eat-dog world at the same time! I used to have awful stage fright, and playing here really thickens up your skin. I used to perform with a few others, and on our very first day, when I was about 19, we went out onto the street with no amplification or anything. We had no idea what we were doing. We stood there for ages singing, and then when we finished, this one kid came up to us. We were so excited, thinking we had a fan, and he just went, “You’re shit!”

I’ve busked all over Dublin. The first time I busked on Grafton Street would have been around 2009, and I made more in an hour here than I’d make in a day in other places. 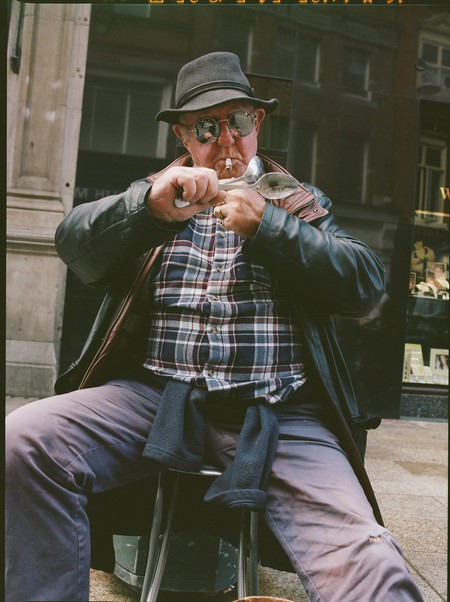 A memorable moment was when the cops came along to me one day and said, “If we see you here on Grafton Street again, we’ll arrest you.” I said, “For what?” They said, “You’ve no licence.” I said, “What do you call that?” “OK, good luck to you,” they said when they saw it. Cops are arseholes.

It’s good to be able to give the tourists a taste of Irish music while they’re here. Grafton Street is a great place to perform – there are so many people to hear your music. 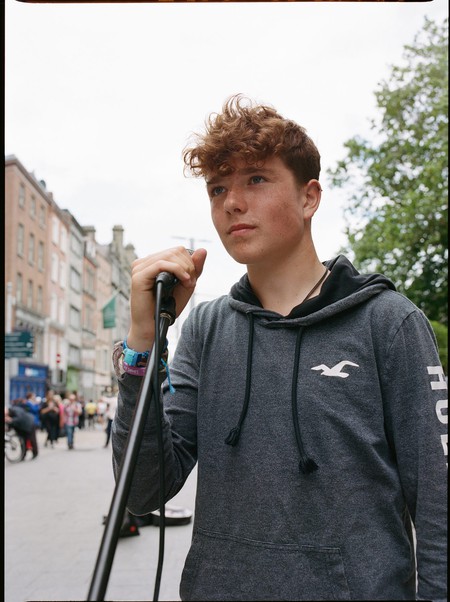 I was on the street outside Brown Thomas once doing a load of duets with other buskers, and all of a sudden, an absolutely massive crowd came out of nowhere. The whole road was blocked with them, and they were all dancing to the songs for about an hour.

Visitors should definitely come to Grafton Street – for the buzz and the live music!