Just Who is Sebastian Barry and Why Did He Win the Costa Award (Twice)? 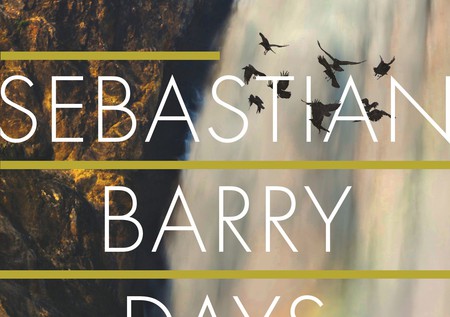 Irish writer Sebastian Barry was announced yesterday as this year’s winner of the Costa Book of the Year for his novel Days Without End. For those of you left open-mouthed (or unconcerned) by the preceding sentence, we’ve compiled a quick run-down of all the information you’ll need to grasp the subject. 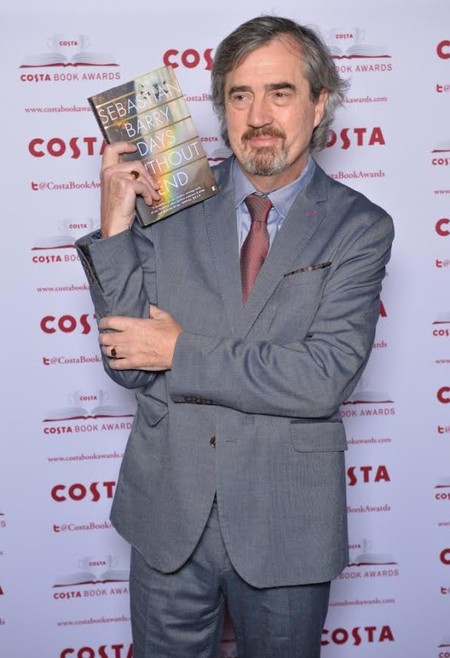 Sebastian Barry was born in Ireland in 1955 as the son of Joan O’Hara—one of the country’s most popular actresses—and began his literary endeavors, like the overwhelming majority of great writers, with poetic displays of expression. The Irish Times dug up two examples of his work a few years ago, submitted by the author in 1975, which feature such effusive verses as:

“Can I womb-insect time defy
steal back our beauty, butterfly?”

Barry eventually moved on to fiction and theatre, publishing his first novel Mackers Garden in 1982 and staging his first play The Pentagonal Dream in 1986. The reader should note that moves from poetry to theatre are standard practice, with the plays in question composed in highly lyrical—dare I say poetic? (I do)—style. That appears to be the case here.

The green-spirited among you will be delighted to hear Barry lived for many years in Wicklow, south of Dublin, the ‘Garden of Ireland’—a land of lush hillage, coastal cavorts and monastic ruins. He however relocated a few months ago to Harlesden in northwest London, a corner of the capital once described by native Zadie Smith as “ungentrified, ungentrifiable. Boom and bust never come here. Here bust is permanent.”

Barry’s theatrical breakthrough came with The Steward of Christendom in 1995, a play which centers on the life of his great-grandfather Thomas Dunne, the Catholic head of the Dublin Metropolitan Police around the time of independence, and duly branded a traitor after the long-awaited separation from the United Kingdom.

He has since written a series of novels giving depth to family stories and chronicling (or inventing) the lives of his ancestors: Annie Dunne (2002) is about Thomas’s daughter; A Long Way (2005), shortlisted for the Man Booker Prize, is about Thomas’s son Willie; and On Canaan’s Side (2011), longlisted for the same award, is about the other daughter Lily. Meanwhile The Secret Scripture (2008), likewise shortlisted for the Booker and winner of both the Costa Book of the Year award and the James Tait Black Memorial Prize, featured Barry’s great aunt Roseanne McNulty, who was consigned to an asylum and forgotten by the rest of the family. In the same vein, The Temporary Gentleman (2014) was about his grandfather’s awful, boozy mess of a marriage.

The present novel is set in the mid-19th century and centers on his great uncle Thomas McNulty, about whom not much is known besides the fact that he enlisted in the American army and waged war against Native Americans. Days Without End focuses on Thomas’s love with a man named John Cole—a story inspired by Barry’s son Toby, who came out to his father as he was writing. As he explains:

“The moment he came out—my son Toby—something incredible happened. Because it’s something I never had to think about, you know, as a father; he’s literally reversed the roles and taught me. And because I had just begun the book around that time, that whole thing… I didn’t put it into the book, the book just drew it in a very natural way.”

Barry is otherwise known for his limpid, meticulous prose, put on display in Days Without End as a first-person stream:

“He is gaunt now like the spike of a dead tree sticking up from the land and all his old measure of flesh and even his violent talk had withered away somewhat. The man I had took to be just something of a monster and even a wicked man in his way was grown different in my eyes. He was as rough as the Black Hills in his demeanor and his brain was full of nothing but orders, drinking, and tobacco. He never said a thing that wasn’t pickled with cusses. But that were just the front side of him.”

The panel of judges for this year’s Costa Book of the Year award was chaired by professor Kate Williams, and called the work “a miracle of a book—both epic and intimate—that manages to create spaces for love and safety in the noise and chaos of history.”

If interested in reading more on Sebastian Barry, I recommend reading Justine Jordan’s wonderful interview of the writer in The Guardian, Anthony Cummins’s review in the New Statesman, or Terry Eagleton’s piece in the London Review of Books.