"It's An Expression of Irishness": What Gaelic Football Says About National Identity 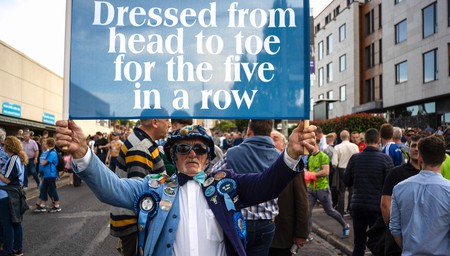 A Dublin Gaelic football fan waves a flag with messages in support of the team, outside Croke Park stadium on the day of the All-Ireland finals on September 14, 2019 | © Paulo Nunes dos Santos / Culture Trip

One of Ireland’s richest and most ancient traditions, Gaelic football holds a mirror to the changes in Irish society: struggle, suppression, liberation and diversity, as well as attracting some of the world’s most ardent fans. 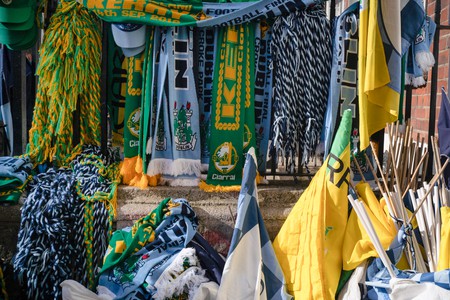 Fans gear up for the All-Ireland finals between the two teams at Croke Park stadium on September 14, 2019 | © Paulo Nunes dos Santos / Culture Trip

Gaelic’s fans are nothing if not dedicated, braving the temperamental Irish weather to attend games throughout the country. And Dublin is the heart of the sport; in the 2019 All-Ireland Championship Finals, 1.1 million people tuned in to see Dublin’s victory over Kerry. Even more astoundingly, over 56,000 people piled into Dublin’s Croke Park for the All-Ireland Ladies Football Finals – just short of the almost 58,000 who turned up to the FIFA Women’s World Cup final.

Despite the Gaelic’s unapologetically tribal structure, its inclusiveness and willingness to adapt has allowed it to flourish in an era otherwise defined by cultural homogenisation. 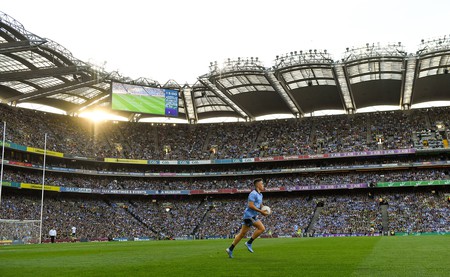 Much more than a game

Gaelic football is played on a field between two teams of 15, who tackle each other, and kick or punch the ball through the crossbar goals in order to score points. It’s one of the six Gaelic Games, which also comprises hurling, handball, rounders, camogie and ladies’ football. The first four fall under the auspices of the GAA (Gaelic Athletic Association), which was founded in 1884 to safeguard Gaelic sport and culture against British influence. 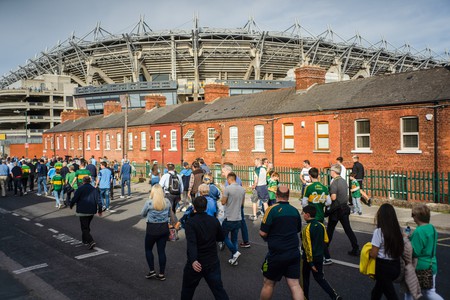 “It’s never been about sport – it’s an expression of Irishness,” says Alan Milton, GAA Director of Communications. “The emphasis is on fun, fitness, camaraderie and community.” There also exist many smaller organisations and businesses that promote Gaelic sport, such as Experience Gaelic Games, which allows tourists to try out the different Games at various sites across Ireland.

Even today, Gaelic football remains an amateur sport, a feature that has undoubtedly shaped the character of the game. “There’s no transfer market – it’s wedded to identity,” says Milton. “Everybody’s in this for the right reasons.” 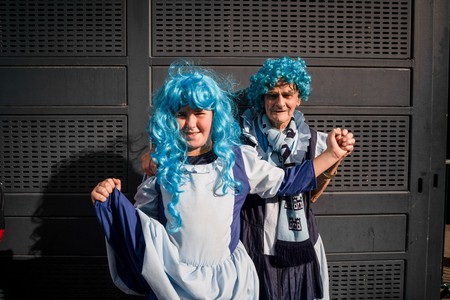 At Ó Donnchú’s local club, 82 percent of the 3,000 players live within two kilometres (1.2 miles) of the clubhouse – unthinkable in Premier League football. “In Gaelic culture you don’t choose your club; you’re born into it,” he says. The money the GAA saves on player wages is poured into other initiatives – namely, state-of-the-art facilities in every village and parish in Ireland, which helps to cultivate the next generation of players.

In the face of rampant cultural homogenisation, Gaelic football continues to grow in popularity. Ó Donnchú credits the game’s willingness to accept a diverse crowd. “We sit in a broad church. It’s about celebrating our culture in a positive way – it should never be oppressive or forced.” 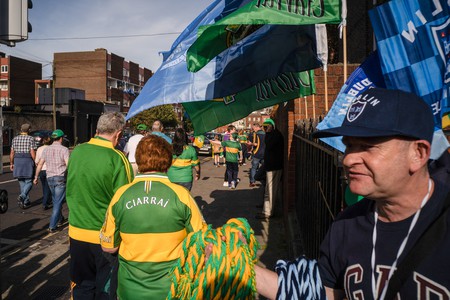 42 percent of Gaelic footballers are women – a near-parity few sports can claim – and female attendance at Gaelic Games has hit record levels. “It’s been a massive success story,” says Milton. “Ireland has awoken to the efforts required to ensure not only that more females play sport, but that more females stay playing sport, as the drop-off during the teenage years can be alarming.”

The surge in Irish emigration after the 2009 financial crash has resulted in a doubling in the number of overseas clubs to 440. Brittany, France, has 10 clubs and its own Breton League; Galicia in Spain has seen 14 new clubs in the last decade, primarily driven by players with no ethnic connection to Ireland. Clubs are also starting to emerge in Asia, serving as an important cultural touchpoint for expat communities. 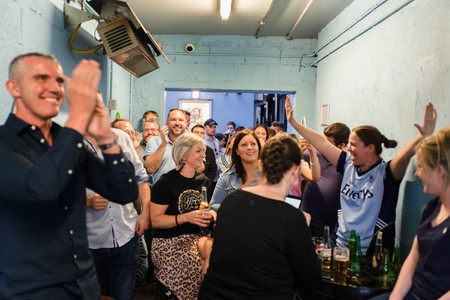 “The Association provides a flag that many overseas Irish rally around,” says Ó Donnchú. “They’re happy to use it as a positive expression of the differences of Gaelic culture – not that it makes us any better or any worse, but it expresses that difference.”

For Milton, the next goal is to attract a global television audience. “I’d love to go mainstream with this and get it onto terrestrial TV in countries around the world, because I believe Gaelic football is as good as any sporting product anywhere.” 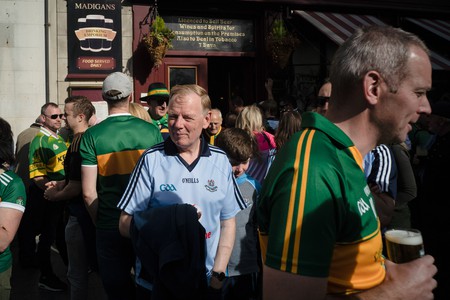 The GAA is conscientious in its efforts to engage younger participants. “We want to hand this on to the next generation in ruder health than we inherited it,” says Milton. “We put on really cheap tickets for kids – if we don’t attract young people to play our games, we won’t have adult teams in 20 years’ time.”

As part of the GAA’s Respect scheme, children from different backgrounds participate in matches as mascots and flag bearers. A viral photo from 2016 showed two flag bearers from opposing teams standing arm-in-arm; fans were so touched by the boys’ maturity that they appealed to the GAA, who issued the boys with two tickets to the final replay.

Dublin won that particular match 1-15 to Mayo’s 1-14 – but in the end, it’s not about the score. “The Gaelic Games are a tangible way for our communities to express a whole range of social, moral and cultural values that define Gaelic culture,” says Ó Donnchú. “People face bigger challenges in life than on the pitch.” 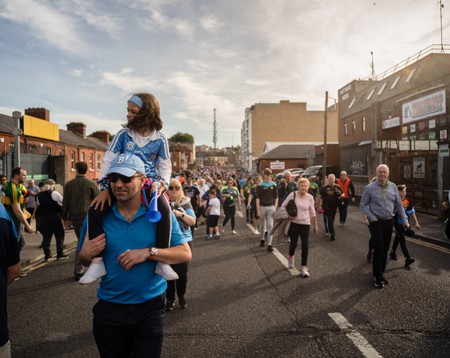