Though Ireland became a predominantly English speaking country around the turn of the 19th century, the version of the English language spoken there has more than a few variations from the original. Whether you’re visiting for a first time or just trying to watch an Irish film without needing subtitles, here are some terms you’ll need at your disposal.

The word craic is used to refer to two things in Ireland: fun and news. It’s so widely associated with the country that many don’t realise the term didn’t actually originate there – instead it comes from the Middle English crak, meaning loud conversation. ‘What’s the craic?’ – meaning ‘What’s new?’ – can be used by way of greeting in Ireland, and an entertaining person or event is said to be ‘good craic’. (The word ‘gas’ is sometimes used in a similar way, to mean funny or entertaining.) If a night out was particularly good, people in certain areas might say that ‘The craic was 90′ – thought to refer to miles per hour.

Example: ‘I went to that party last night, it was good craic.’

Irish people have reinterpreted the word ‘grand’ and given it their own meaning, a fact which often results in confusion for foreign visitors. While the English version of grand means magnificent or imposing, in Ireland it usually means just fine or adequate – if you ask an Irish person how they are they will generally respond with a middle-ground ‘I’m grand’, rather than ‘fantastic’ or ‘terrible’. ‘That’s grand’ is used in Ireland to communicate ‘That’s fine with me.’ This versatile term can also be used to reassure someone, for example if someone apologises to you, you can respond with ‘Don’t worry, you’re grand.’

Example: ‘I was sick on Thursday, but I was grand again by the weekend.’

In Ireland, the word ‘gaff’ means ‘house’. The term ‘free gaff’ is often used by teenagers to describe the situation when their parents go away for a night, usually meaning there will be a party. Using ‘gaff’ to mean house is apparently also common in Scotland, parts of England and Wales.

Example: ‘I left my favourite jacket over at Aoife’s gaff yesterday.’ 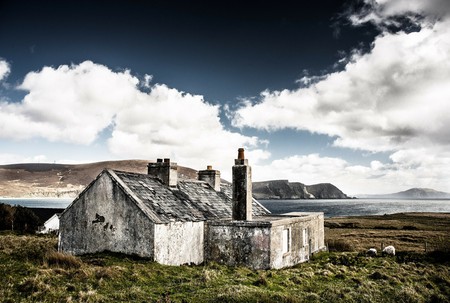 A ruined 'gaff' in Ireland | © Christian_Birkholz/Pixabay

‘Taking the piss’ isn’t unique to Ireland – it’s a Commonwealth term also frequently used in the UK, South Africa, New Zealand and Australia. But for those who haven’t heard it before, to ‘take the piss’ out of someone means either to mock or mimic someone, to joke with them or subject them to ridicule. It can also mean to take liberties at others’ expense or be unreasonable, as in the example below.

Example: ‘We’ve been waiting an hour for this person, they’re taking the piss.’

In the same way that ‘grand’ means something different from its traditional meaning in Ireland, ‘deadly’ does too. It might seem odd to use a word whose literal translation means ‘causing or able to cause death’ to describe something in a positive way, but the Irish use the word ‘deadly’ to signify that something is excellent. They aren’t the only ones to do this – apparently Australians use ‘deadly’ as a compliment as well.

Example: ‘That place we went for dinner last week was deadly.’

In Irish slang, the word ‘yoke’ doesn’t have anything to do with eggs. Instead, it’s another way of saying ‘thing’. So if someone in Ireland sees an object that they’ve never seen before, they will commonly be heard to ask, ‘What’s that yoke there?’

Example: ‘Can you pass me that yoke you use to wipe the windscreen?’

In Ireland, ‘the jacks’ means ‘toilet’, most commonly used to refer to public bathrooms. Every Irish person knowns what this term means, but few know why they use it – indeed it’s difficult to find a solid explanation. Some believe it to be derived from the Tudor English term ‘jakes’, first used in the 16th century.

Example: ‘I’ll be back in a minute, I’m going to find the jacks’. 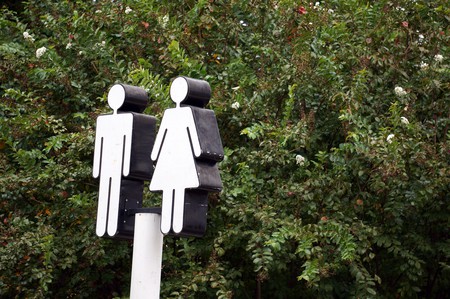 Perhaps unsurprisingly given the drunken Irish stereotype, there are several different words in Irish slang that all mean drunk. Locked is just one such term – others include mouldy, ossified, polluted, twisted and langers.

Example: ‘He’s not feeling the best today, he was locked last night.’ 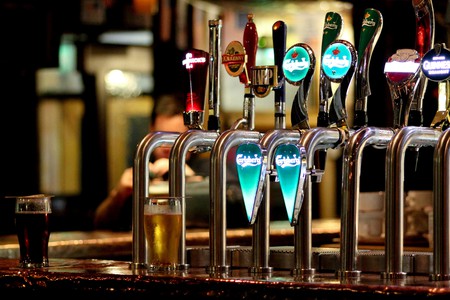 Dublin pub | © Cinzia A. Rizzo/Flickr
Give us feedback