Irish Singer-Songwriters You Need To Know 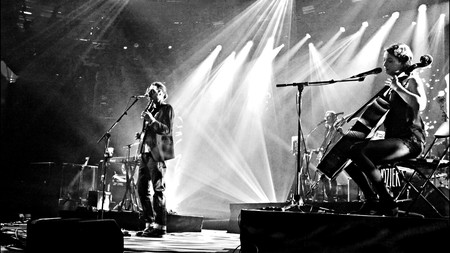 Ireland has a proven track record of producing world-class singer-songwriters, counting artists like Van Morrison, Bono and Sinéad O’Connor among its biggest success stories. Here we take a look at the next generation of musicians following in their footsteps.

Currently touring with her third album At Swim, released in August, Lisa Hannigan is one of Ireland’s most exciting musical talents. Having first come to prominence as the haunting female vocalist accompanying fellow Irish musician Damien Rice on his hit 2001 album O, Hannigan began her solo career in 2007 with her debut record, Sea Sew. The album received critical acclaim and was nominated for the Choice Music Prize – an annual prize awarded to the best album from an Irish band or solo musician. After a struggle with writer’s block following her second album, Hannigan began collaborating with The National’s Aaron Dessner. The fruits of their labour became this year’s At Swim, which has been widely praised, receiving four out of five stars from The Guardian newspaper.

Andrew Hozier-Byrne – known as Hozier – from County Wicklow dropped out of the prestigious Trinity College Dublin to pursue his passion for music by recording demos for Universal Music. Hozier has been one of the most internationally successful singer-songwriters to come out of the country in recent years, having won a BBC Music Award, two Billboard Music Awards and been nominated for a Grammy, all before the age of 26. Releasing his first studio album in 2014, Hozier performed his single ‘Take Me To Church’ with Annie Lennox at the 2015 Grammy Awards and has appeared on Saturday Night Live. In November 2015, he was voted the VH1 Artist of the Year.

After being part of the popular 90s trip hop duo Moloko and releasing two solo albums during the early 2000s, Róisín Murphy returned to form in 2015 with her record Hairless Toys. The album was a contender for both the Choice Music Prize and Mercury Music Prize and was followed in 2016 with Take Her Up to Monto, named after the song by iconic Irish folk band The Dubliners. She’s been bringing her unique costumes and powerful stage presence to performances across Europe and the Americas for the past few months at festivals like Fauna Primavera in Chile and Sziget in Hungary.

Games of Thrones fans not overly familiar with James Vincent McMorrow might recognise him as the voice behind the cover of the song ‘Wicked Game’, which accompanied the first official full-length trailer, released earlier this year, for the sixth season of the addictive series. Others might already know him from his first album, Early in the Morning, released in 2010, for which he received a European Border Breakers Award. But in September of 2016, McMorrow changed musical tack completely with his third album, We Move, marking his transition from folk into what is called ‘minimalistic R&B’. The album is also the first to deal with the theme of the mental health issues he suffered in his youth.

Born in Dublin, Gavin James has twice won the Choice Music Prize for Irish Song of the Year, most recently in 2016 for his song ‘Bitter Pill’. The year 2015 saw him open for both Ed Sheeran and Sam Smith, as well as releasing his debut album, which has since been certified Platinum. He launched his first European headline tour earlier this year, selling out Shephard’s Bush Empire in London in October and headlining at 3Arena in December. He has also been announced as a Spotify Spotlight Artist of 2016 and won the Breaking Artist Award at the 2016 Music Business Worldwide A&R Awards. Fun fact: his adorable real name is Gavin Wigglesworth.

Although not originally from Ireland, Rosie Carney has made Donegal her home and is well on her way to establishing herself as a singer-songwriter to watch. This year, she performed at the South by Southwest (SXSW) festival in Texas and at the critically acclaimed Other Voices festival in Dingle, as well as playing alongside acts like breakout-band Little Hours at Donegal’s Returning Light event in December 2016. Her captivating songs are listened to by more than 100,000 people monthly on Spotify, and she is definitely someone to keep an eye on in the future.