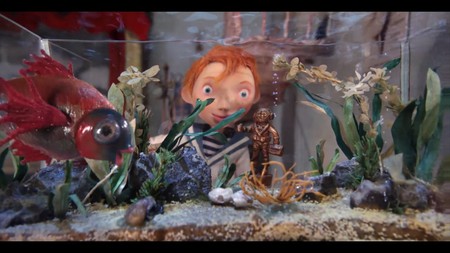 With the country’s largest studios employing hundreds of staff at their peak, the Irish animation industry is one of its greatest creative strengths. Dublin-based companies like Brown Bag Films may be the best known, but animation in the Emerald Isle isn’t confined to the capital. Kilkenny’s Cartoon Saloon have been nominated for two Oscars, and Galway-based Telegael have just announced that they are set to make Ireland’s first ever stop-motion animated feature.

Animation has been a prominent part of the Irish creative sphere since the days of Sullivan Bluth – the Irish-American studio that produced films like An American Tail in the mid to late 1980s – and Murakami-Wolf, who animated the Teenage Mutant Ninja Turtles series in Dublin from 1989. Earlier this year, Business World declared that Ireland’s animation industry was on the road to becoming one of the country’s highest grossing exports, having doubled in growth since 2014. Employment in the sector is now at an all-time high.

One of the biggest success stories has been Brown Bag Films, founded in 1994 by Darragh O’Connell and Cathal Gaffney, two drop outs of the respected animation course at Dublin’s Ballyfermot Senior College. Primarily producing computer-animated television series like the Emmy award-winning Bing Bunny and Peabody award-winning Doc McStuffins, they have also made two Oscar-nominated short films. Another regular at the Academy Awards is 2D studio Cartoon Saloon – the Kilkenny-based company have been nominated twice for Best Animated Feature.

With Irish-made animation winning multiple awards and effusive praise internationally – Ed Catmull, the President of Pixar and Walt Disney Animation Studios, described it as ‘remarkable’ – the global industry has taken notice. Brown Bag Films was bought by one of the largest animation studios in North America, 9 Story Media Group, in 2015. In a similar move, another Dublin studio became a wholly owned subsidiary of the Hasbro toy and game company in July of 2016. Boulder Media, founded in 2000, has animated series like Disney’s Wander Over Yonder. Both companies retained their senior management and staff.

Adding to the good news, Connemara-based Telegael recently announced that they will produce the first ever stop-motion animated feature to be made in Ireland. Entitled Morten on the Ship of Fools, it will tell the tale of a young boy who dreams of being a ship captain. The Irish-voice cast will include revered actor Brendan Gleeson and comedians Tommy Tiernan and Jason Byrne. The film will be completed in late 2017.