How To Spend A Weekend In Killarney, Ireland 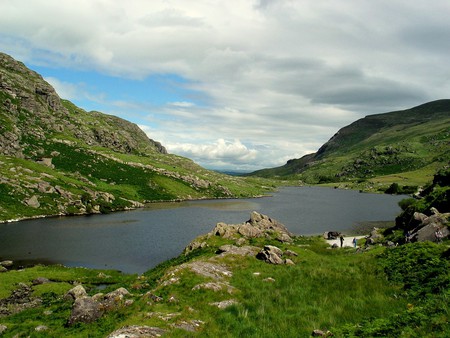 The ideal base from which to explore southern County Kerry’s innumerable delights, Killarney is a must-visit Irish holiday destination. From here, adventurous travellers have the option to climb Ireland’s highest mountain or bike through the tapered Gap of Dunloe – but for a slightly more leisurely weekend break, stick to this itinerary.

Arriving in Killarney on Friday evening, check in to your hotel and freshen up before heading out to eat at Bricín, a restaurant and craft shop on the High Street that focuses on traditional Irish cuisine. An operation run by two brothers, sample menus at this local favourite include dishes like boxty – an Irish potato pancake – and a gratin made with local hake and salmon. After dinner, get an early night to prepare for Saturday’s excursions. When it comes to accommodation, we recommend a splurge on The Dunloe in Beaufort – it has its own 12th-century castle ruin on a 64-acre estate. 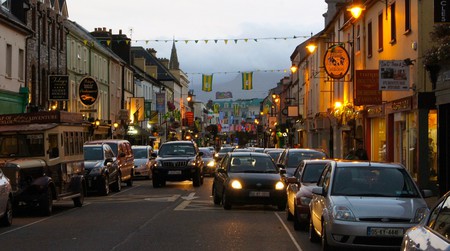 After a laid-back but extremely tasty breakfast in The Stonechat – also on the High Street – set out via the N71 for Muckross House and Gardens in Killarney National Park.* From here, take one of a number of trails around the serene Muckross Lake, with the shortest taking around three hours. If you want to spend some more time here, seek out Torc Waterfall at the base of Torc Mountain along the way – here you can also tackle the ascent known to locals as Cardiac Hill for a truly incredible view. Finishing your walk back at the estate, reward yourself with a well-earned meal at The Garden Restaurant at Muckross, looking out across their Victorian walled garden.

*If you would prefer a guided tour of the park, two-hour guided walks leave from opposite St Mary’s Cathedral every morning at 11am. 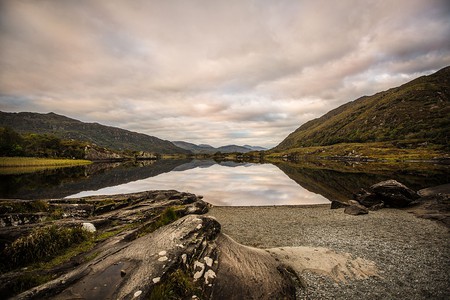 See if you can get a last-minute ticket to whatever event is on at INEC Killarney – a convention centre that has hosted big-name acts like Bell X1, The Script, and Billy Connolly. Alternatively, just listen to some live music in one of Killarney’s many musical pubs. Try Courtney’s Bar on Main Street – purveyors of what is reputedly Killarney’s widest selection of Irish whiskeys – or the recently renovated but no less charming Fáilte Bar, where you can sample fresh oysters accompanied by a pint of Guinness.

Sunday: The Ring Of Kerry

Rise early and get started on the world-famous Ring of Kerry driving route, which traces the outer edges of the ruggedly beautiful Iveragh Peninsula. First, take the N71 to the historic town of Kenmare via Moll’s Gap – a pass with spectacular views of the Macgillycuddy’s Reeks, Ireland’s highest mountains. Then continue along the coast of Kenmare Bay through the picturesque villages of Sneem and Whitestrand, before stopping in Caherdaniel for lunch at the much-loved Blind Piper Pub. 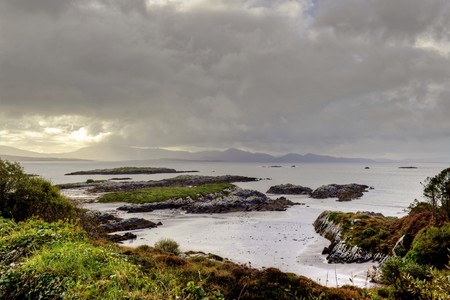 Further north in Portmagee, take an eco tour from Portmagee marina circling the Skellig Michael and Little Skellig islands, if sea conditions are on your side. If not, cross the bridge and explore Valentia Island, one of Ireland’s most westerly points. Drive along the northern side of the peninsula, making sure to stop at Rossbeigh – a beautiful Blue Flag beach that is rapidly disappearing thanks to coastal erosion; it reportedly lost five million tonnes of sand between 2008 and 2013. On your way back to Killarney, make a detour into the notoriously narrow Gap of Dunloe, another stunning mountain pass containing five lakes. 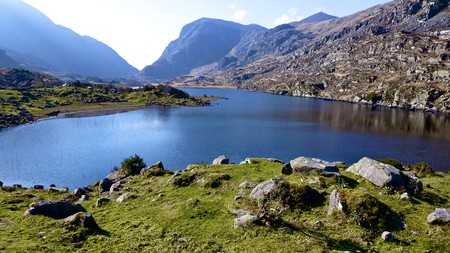 Wrap up your visit with a relaxing evening at the family-run Porterhouse Gastropub.