How to Spend a Day in Galway, Ireland
Street Art in Galway | © William Murphy/Flickr
Galway / See & Do

How to Spend a Day in Galway, Ireland

Visitors flock to Ireland‘s west coast city of Galway for its particular culture and charm, but it’s still possible to veer off the usual tourist track. Here’s how best to spend a day soaking up the city’s storied history without missing out on its modern-bohemian vibes.

Start the day with breakfast at on Shop Street McCambridge’s, a restaurant and artisan food hall run by the same family since 1925. After a full Irish breakfast, browse the shelves for gourmet goodies to take home.

Galway is fast becoming a foodie hotspot, and the local produce here will leave no doubt of its culinary promise. 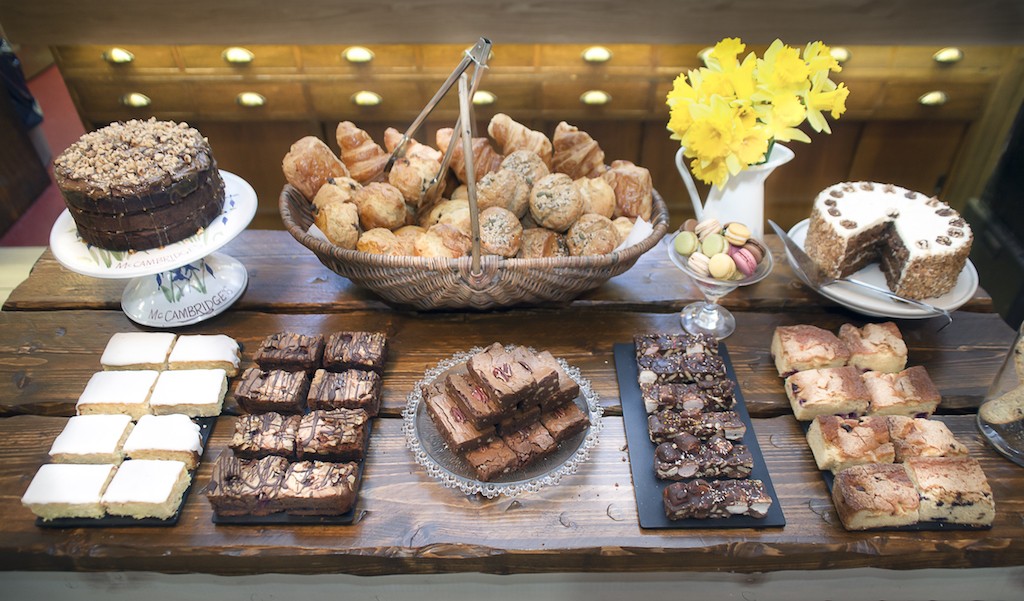 Walk by Lynch’s Castle, also on Shop Street. This gothic limestone castle, currently in use as a bank, was built as the home of the Lynchs – one of the fourteen families that were prominent during the city’s early modern period and earned Galway its nickname of “the City of Tribes.” The family’s coat of arms is still emblazoned on the castle exterior. 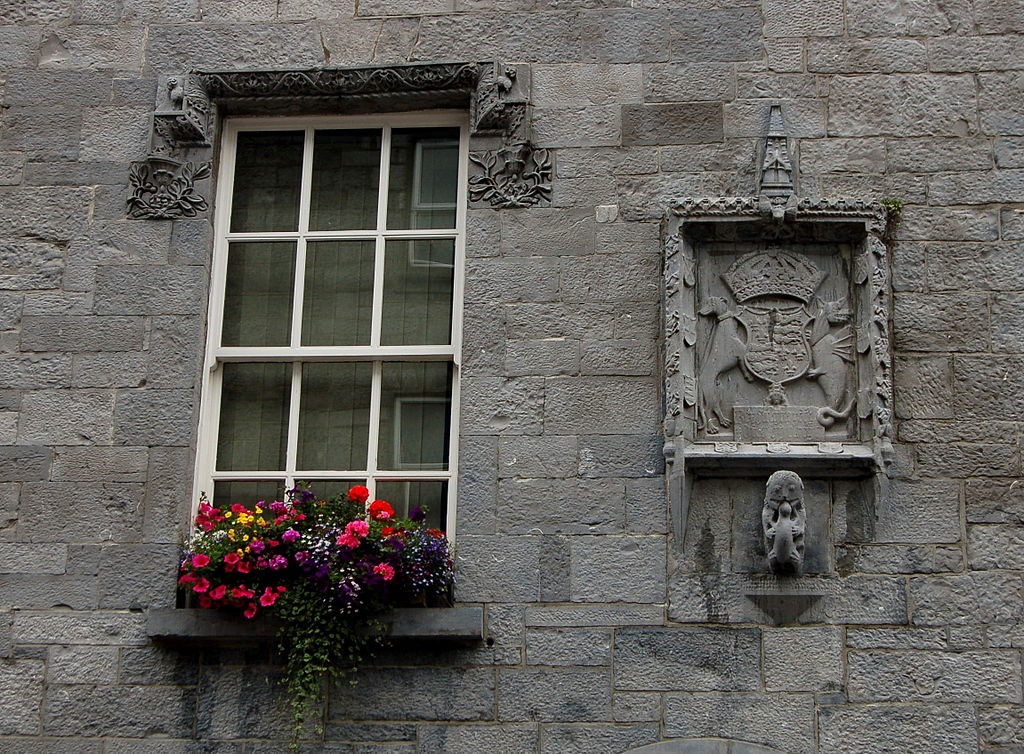 Next, head north to Eyre Square park and admire the Browne doorway, the 1627 entrance bay to one of Galway’s grandest Renaissance mansions, moved to the square in 1905 by the Galway Archaeological Society. Sections of the original 13th-century city wall have also been adapted into features at the Eyre Square shopping center. 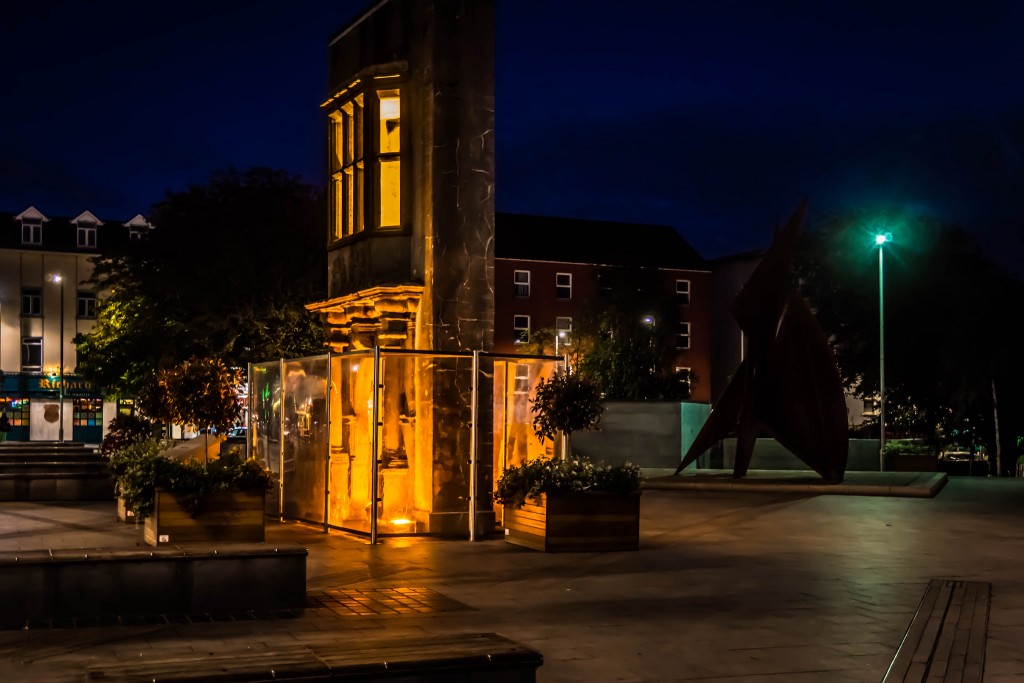 The refreshingly relaxed Dough Bros pizzeria on Abbeygate Street doesn’t take reservations, but it’s one of the best places for lunch in the city, so get here early and grab a seat by the window. This food-truck-turned-award-winning-restaurant serves up wood-fired pizzas to rival any found in Italy (try the mind-blowing Nduja sausage).

Venture south into the city’s Latin Quarter for a post-lunch coffee at Coffeewerk + Press on Quay Street. If Galway is the cultural heart of Ireland, the Latin Quarter is a heart within a heart, home to modern establishments like this cultivated café, gallery, and design stores, as well as some of the city’s most ancient sites. 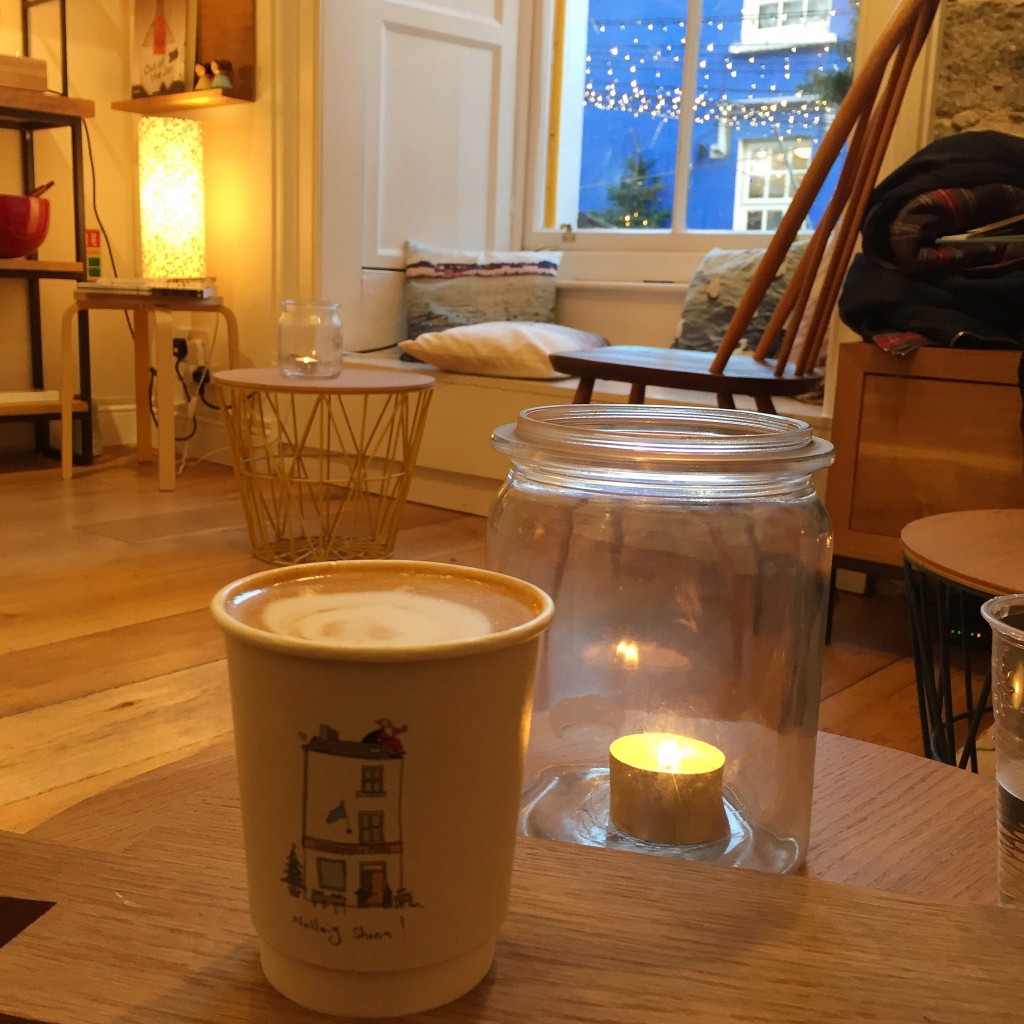 Nearby is the medieval St. Nicholas’ Collegiate Church, which dates back to 1320. It’s dedicated to the patron saint of mariners, and according to local legend, Christopher Columbus came here to pray when he visited Galway 1477, shortly before his accidental discovery of the Americas.

Near the church’s graveyard on Market Street you will find Lynch’s Memorial Window, the site of one of Galway’s most infamous legends: in 1493, the mayor of the city is said to have hanged his own son from this window, part of their home at the time, after the son murdered a Spanish sailor. 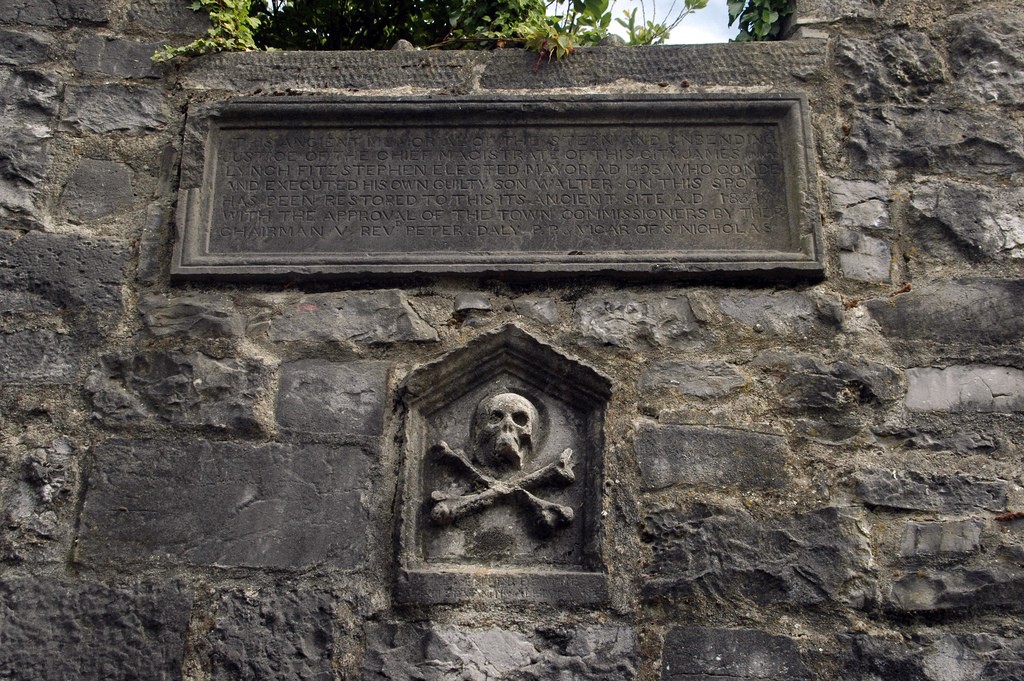 If it happens to be a Saturday, pop by the centuries-old Galway Market on Church Lane next. Otherwise, seek out the Nora Barnacle House Museum nearby on Bowling Green, where the wife and muse of Irish literary hero James Joyce grew up. Joyce first met Nora’s relatives here in 1909.

Walk further south to find Kirwan’s Lane, named for another of the city’s famous tribes. Part of the “old Galway” that lay within the city walls, this area features painstakingly restored 16th- and 17th-century architecture and now houses several notable craft shops, restaurants, and cafés. 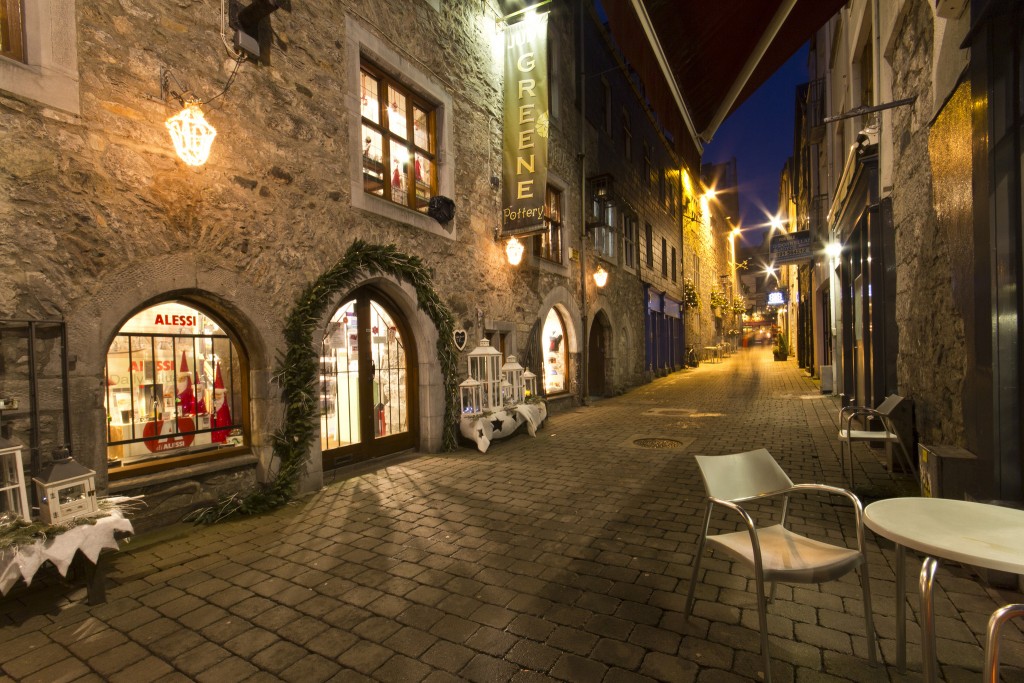 Follow signs for the Spanish Arch, home to the only surviving reminder of the 16th-century Ceann an Bhalla, built in 1584 as an extension of the original 12th-century town wall. Many of its arches were destroyed in 1755 by a tsunami that followed the Lisbon earthquake. 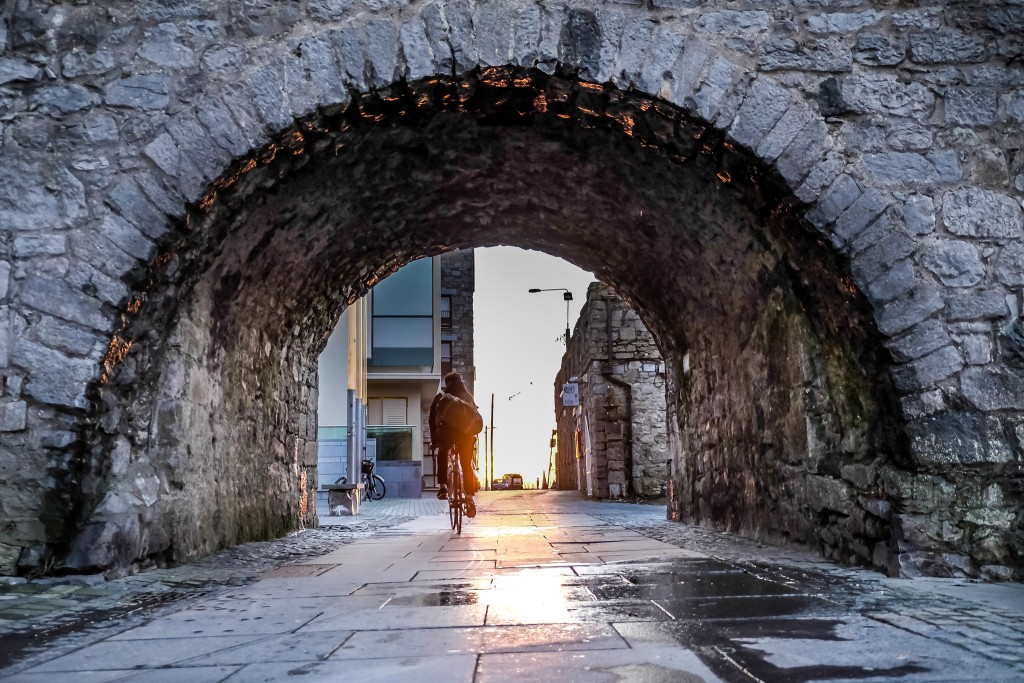 For an evening meal a local would recommend, Ard Bia at Nimmos Restaurant, one of Galway’s finest eateries, is situated here on the left bank of the River Corrib. It offers a seasonal gourmet menu in a relaxed, beautiful setting, but make sure to book ahead as this spot is justifiably popular. 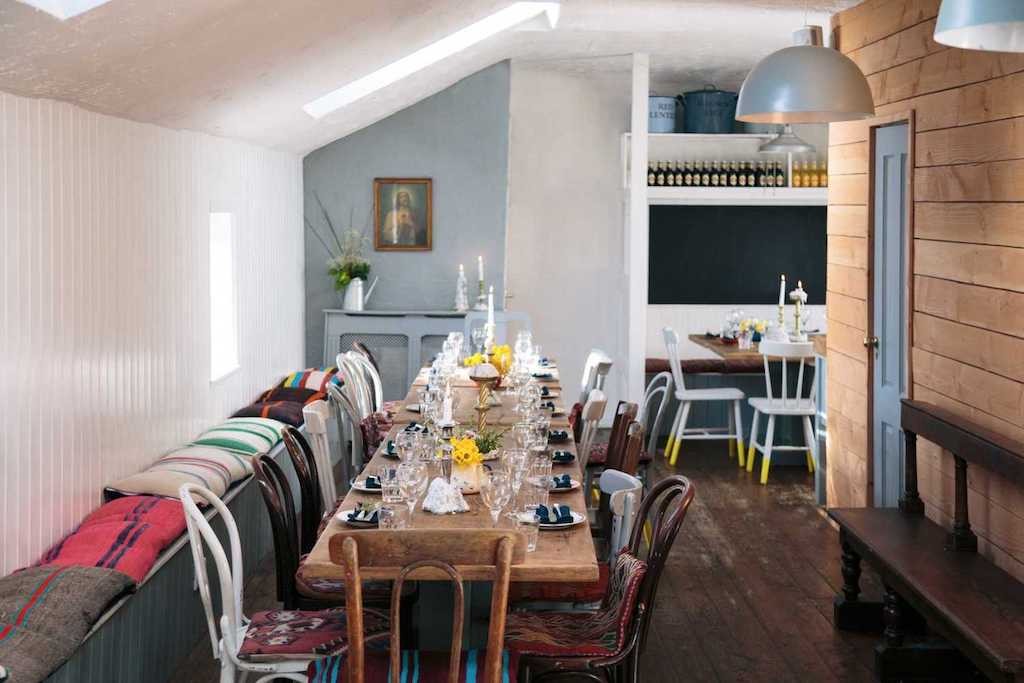 Courtesy of Ard Bia at Nimmos

After dinner, cross the river via Wolfe Tone Bridge. Stop in to the Róisín Dubh pub for a nightcap or to watch whichever band or comedian is performing that night. More of a clubber? Try Electric Garden & Theatre on Abbeygate Street, winner of Nightclub of the Year at the Sky Bar of the Year Awards 2016. 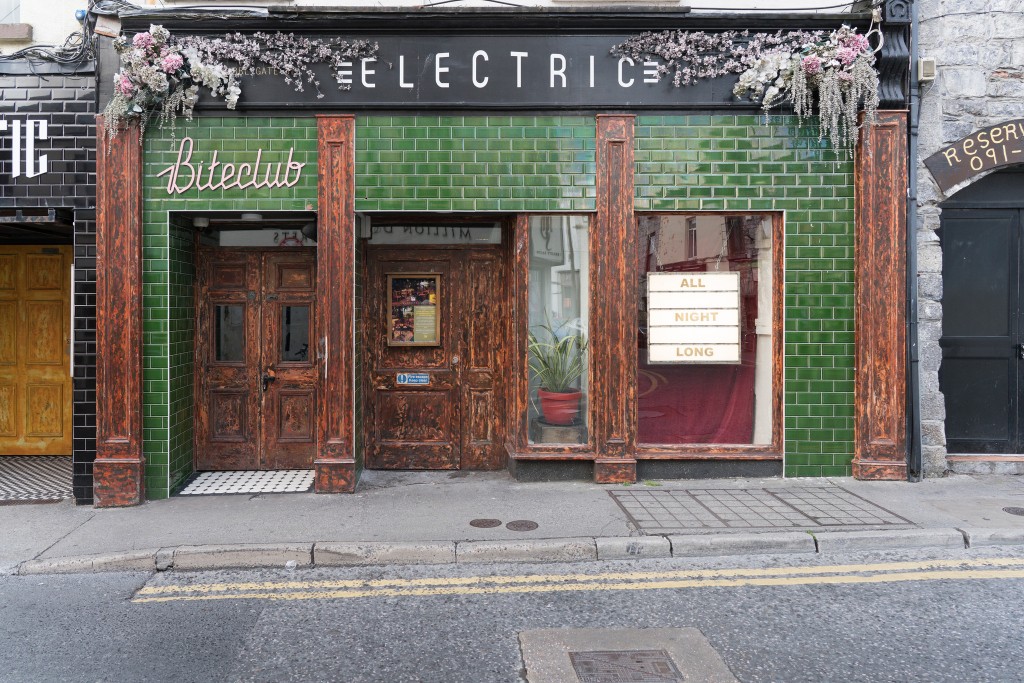