How To Do A Dublin Pub Crawl Like A Dubliner 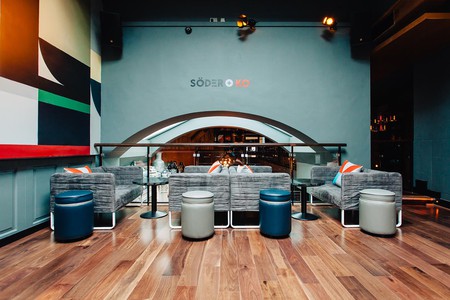 With approximately 750 pubs – excluding hotel and restaurant bars – it can be difficult to decide where to spend an evening in Dublin. Some like to taste a bit of history with their pint at the city’s oldest pubs, others prefer to sample the trendiest new cocktail bar, and plenty of people enjoy a bit of both. Steering clear of the frenzy of Temple Bar and incorporating the best of both ends of the spectrum, here’s a pub crawl a Dubliner would be proud of.

Begin in Stoneybatter – a.k.a. the Williamsburg of Dublin – at L. Mulligan Grocer. This hipster favourite lives up to the hype, with seasonal whiskey menus and an exhaustive selection of craft beers – they even have their own brewers, the Brown Paper Bag Project. Their celebrated food menu centres around local produce and each dish comes with a suggested beer or cider pairing, making this the ideal place for a preparatory meal before an evening of pub crawling.

Next, make your way to Smithfield and call in to The Cobblestone – one of the best pubs in Dublin to hear an authentic traditional Irish music session. Owned by a family who have been playing music for five generations, they accommodate beginners as well as established musicians. Famous fans of The Cobblestone include Billy Connolly, who has been known to join in a session or two here when in Dublin.

Before heading for the city centre, make one last Dublin 7 stop at Dice Bar. The owners here brew two of their own beers and play great music. They’ve also just opened The Mission Bar around the corner, with a view of the Guinness brewery.

For everyone who loves DiceBar, but feels like a more mellow weekend vibe. Head over to the corner of Ellis Quay and Ellis St., where the crew who bring you DiceBar will be serving cold beer with the only view in town of the Guinness Brewery

Take the Luas to Abbey Street and cross the Liffey River via the Rosie Hackett Bridge to get to Burgh Quay, home of the independent craft brewery J. W. Sweetman. An homage to the original Sweetman brewery demolished under the Wide Streets Commission of the 18th and 19th centuries, this new craft brewer is rated the fourth best in the world – try their Irish Red Ale, brewed with wheat, chocolate and pale malts.

Next, head for the nearby Poolbeg Street, where you will find another Mulligan’s – this one a historic Dublin institution. John Mulligan’s is primarily known for two things: the superior quality of its Guinness and its status as one of James Joyce’s favourite haunts. 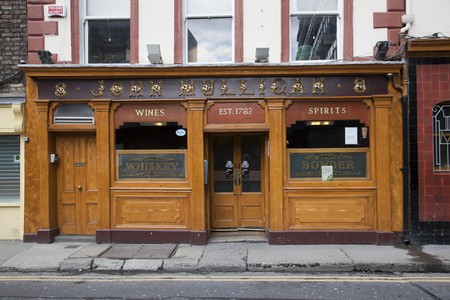 Then skirt around Trinity College and walk up Grafton Street, turning left to visit a favourite pub of Samuel Beckett’s – the uniquely atmospheric John Kehoe’s – that is one of Dublin’s best kept secrets. After relaxing in one of their cosy booths, cross Grafton Street to the Creative Quarter.

The combined area of Dublin’s Creative Quarter and Dame District has been given the European Purple Flag accreditation for its exceptional nightlife, with a concentration of the city’s best pubs located in and around this region. Start out at the classic McDaids on Harry Street. Irish Republican and author Brendan Behan was a regular here, and it’s still a great place for a conversation.

Back in my aul stomping ground. Best pub in Dublin…

Next, stop by Grogan’s Castle Lounge on South William Street, many Dubliners’ ‘local’ and historically a favourite with more Irish writers like Flann O’Brien and J.P. Donleavy.

South William Street’s most recent arrival, the vintage-style Farrier & Draper, is also worth investigating. Part of the Powerscourt Townhouse, it comprises two Georgian rooms decked out in art and décor from that period.

The sun is back! ☀️ Chill out with a refreshing Gin & Tonic on our front terrace. #cocktails #mixology

The Library Bar is another well-kept Dublin secret, tucked away on the second floor of The Central Hotel. Peaceful, comfortable and full of charm, this place is especially popular for pre-Christmas drinks thanks to its roaring fire.

The Bar With No Name

Endlessly hip, The Bar With No Name at Kellys Hotel on Fade Street is an essential port of call for its sparsely decorated New York feel and excellent mojitos. It can be identified by the wooden snail hanging outside.

The Bar With No Name, 3 Fade St, Dublin 2, Ireland

Then head for George’s Street to one of Dublin’s most beloved pubs, The Long Hall. One of the oldest in the city, this Victorian gem still looks like it did when it opened in the 1860s.

For a bit of contrast, follow this with Soder and Ko, a Scandinavian– and Asian-inspired gastro-club serving the kinds of drinks you won’t have found anywhere else on this pub crawl, with late hours – it’s open until three am.

And finally, finish your night off either at The George, the ‘linchpin’ of Dublin’s gay scene and one of the best places in the city to dance your socks off, or at 4 Dame Lane, the edgy venue where Beyoncé is said to have relaxed with her entourage while in Dublin.