How the Irish Really Celebrate St Patrick’s Day in Dublin

The feast day of Ireland’s patron saint is famously celebrated around the world – often with green pints and drunken shenanigans. But while there are plenty of pub crawls and parties in Dublin, the Irish also find other ways to mark their national holiday. Culture Trip shows you how to celebrate like a local.

Watch the parade (without the madness)

Dublin’s massive St Patrick’s Day parade draws more than half a million people onto the city’s main streets to watch the procession of colourful floats and troupes of performers. For unobstructed views, you can book a seat in a tiered grandstand along the route. However, while the parade is impressive and always popular with families and visitors keen to soak up the atmosphere, lots of Dublin’s residents steer well clear of the centre and head to the edges of the city, where they celebrate in a more low-key fashion. 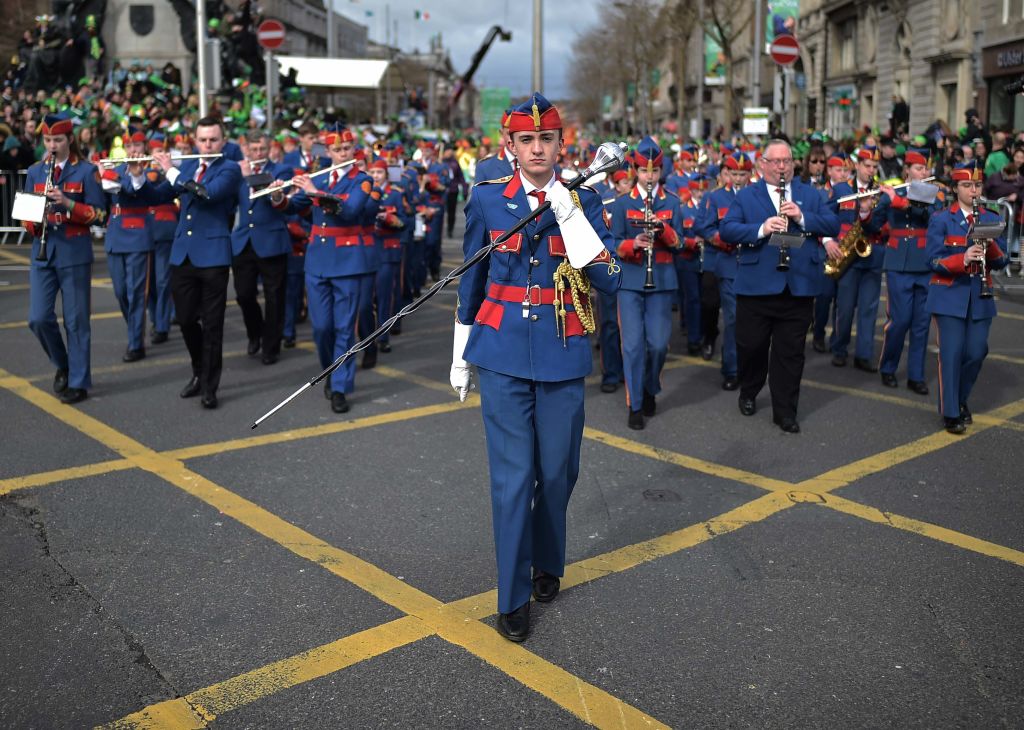 St Patrick, the patron saint of Ireland, is celebrated with a parade through Dublin | © Charles McQuillan / Getty Images

Take a walk along the coastline for charity

The Irish weather begins to brighten – as much as it ever brightens – in March, encouraging people out into the fresh air. Irish depression support charity Aware holds its annual Harbour2Harbour Walk every St Patrick’s Day, with participants making the 26km (16-mile) journey from one side of Dublin Bay to the other, beginning and ending in either Howth village or Dún Laoghaire. The walk offers beautiful views of the city’s coastline, and both end points have plenty of quality pubs and restaurants to relax in after the trip. (Howth is especially good for seafood.) Meanwhile, the Halfway Hooley in the Docklands provides music, food and camaraderie at the midpoint. 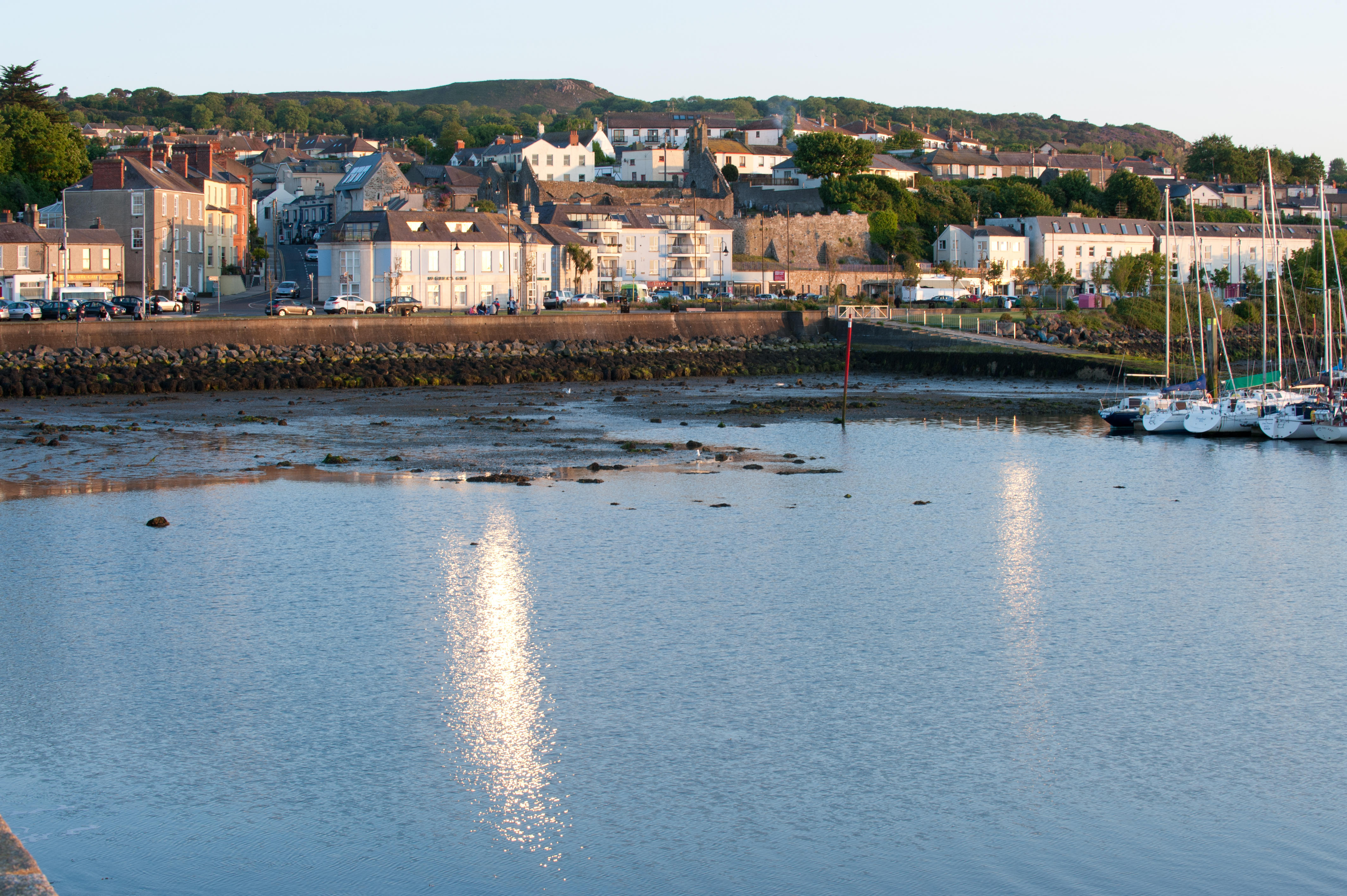 Skerries, another seaside Dublin suburb reachable by DART train, boasts a special connection to St Patrick. According to legend, he spent time living on this small island, where the ruins of an early Christian monastery still stand. Near a swimming spot known as the Springboards, you’ll find a rock marked with an old footprint that residents say was left by the man himself. Accordingly, Skerries holds its own St Patrick’s Day parade every year, followed by a fireworks display in the evening.

Have a drink in a proper Irish pub

As mentioned, the city centre on St Patrick’s Day is not for the faint-hearted. If you fancy a drink somewhere quieter, pubs away from the busy main streets are a safe bet. Fallon’s, in the Liberties, is a particularly beloved local favourite. A piece of advice: if you’re getting a round in, ask for the Guinness first. It takes longer than the average pint to pour properly and must be left to settle, so no bartender will thank you for leaving it until the end of your order. 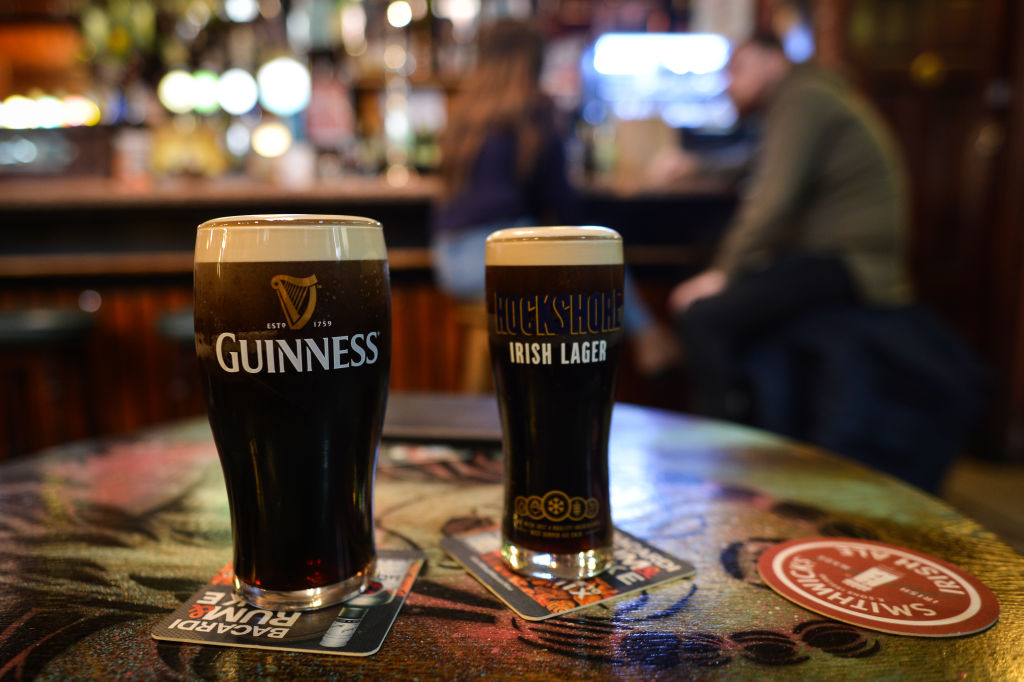 Listen to some traditional Irish music

On this of all days, the city comes alive with the sound of fiddles, flutes and bodhráns (a type of Irish drum). Traditional folk music sessions are an essential part of Irish culture, and attending one adds a touch of authenticity to your holiday. Head to the heaving Grafton Street to listen to the line-up of buskers or to the Cobblestone in Smithfield – a top Dublin spot to enjoy live Irish music. 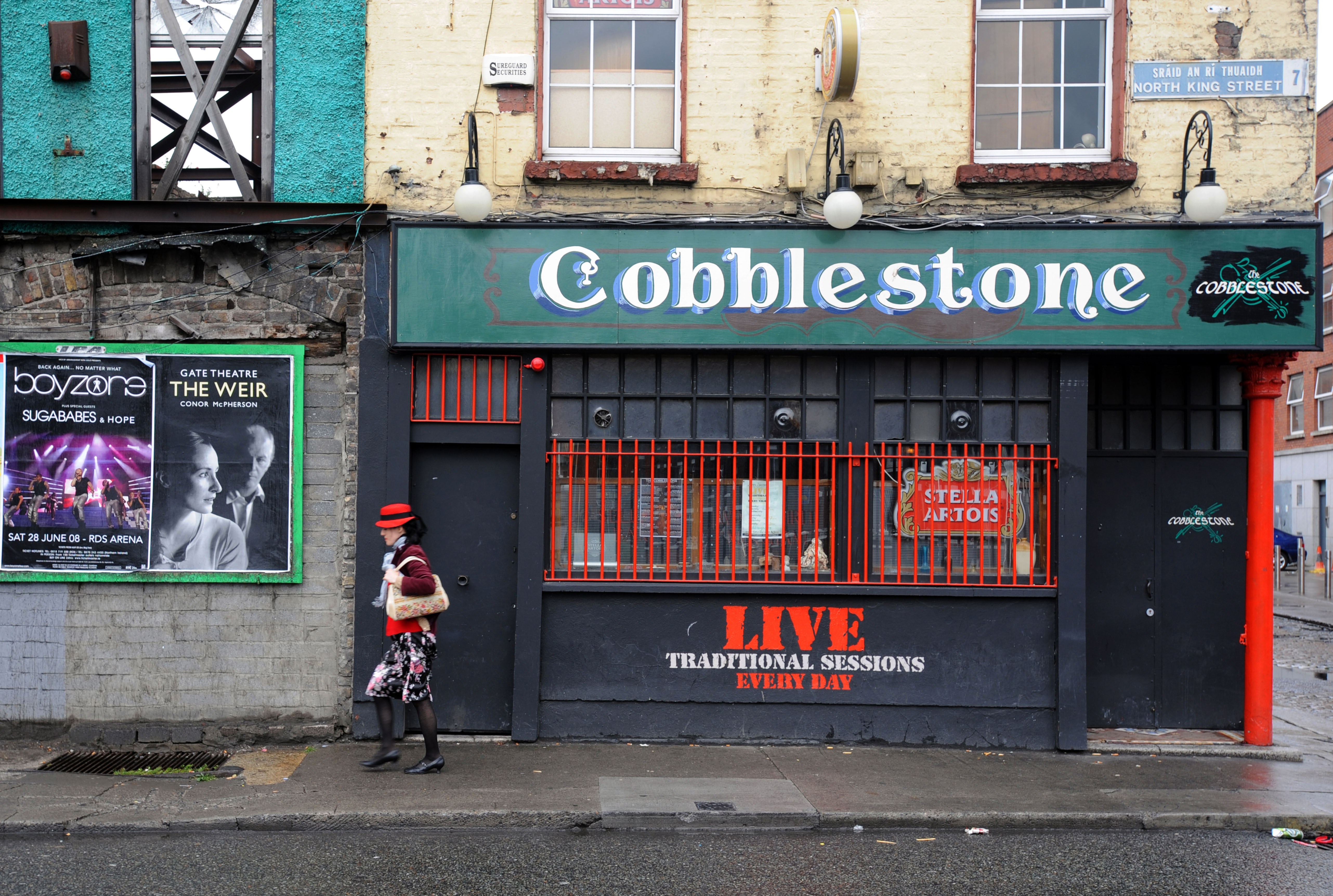 There’s more to Dublin’s St Patrick’s Festival than the parade: it now spans five days and celebrates all aspects of Irish culture – traditional and modern. With many of the best events taking place in the run-up to 17 March, there are always gigs by some of the best Irish musicians working today – in venues such as the National Concert Hall and The Sugar Club – as well as contemporary art exhibitions that typically run throughout the entire festival (for example, a show by the female Irish art collective Epoch at Roe & Co’s Thomas Street distillery during the 2020 festival).

Ireland is fittingly known as the land of saints and scholars; celebrate both on St Patrick’s Day by honouring some of Dublin’s well-known writers. Pay your respects at the Oscar Wilde statue in Merrion Square, walk in the footsteps of James Joyce’s characters from Ulysses (1922), or take the annual UNESCO City of Literature Spoken Word Poetry Trail. Organised by St Patrick’s Festival every year and led by contemporary Irish poets and spoken-word artists, this gives a fresh perspective on modern Irish poetry.

… and don’t forget Dublin the rest of the year

St Patrick’s Day may be a major draw bringing visitors to Dublin, but residents of the capital know that the city is a hub of entertainment, culture and amazing experiences for the other 364 days as well. Julien Clancy, the producer of The Dublin Story Slam, is quick to emphasise this. Founded in 2014 as a spin-off of the US-based group The Moth, the open-mic storytelling night is now a hugely popular monthly event, regularly selling out venues such as the Abbey Theatre. Julien is looking forward to the annual Grand Slam at the festival this year – on 16 March at The Mansion House. “We’re happy to celebrate the Irish tradition of storytelling every month, rather than just this one day of the year,” says Julien. 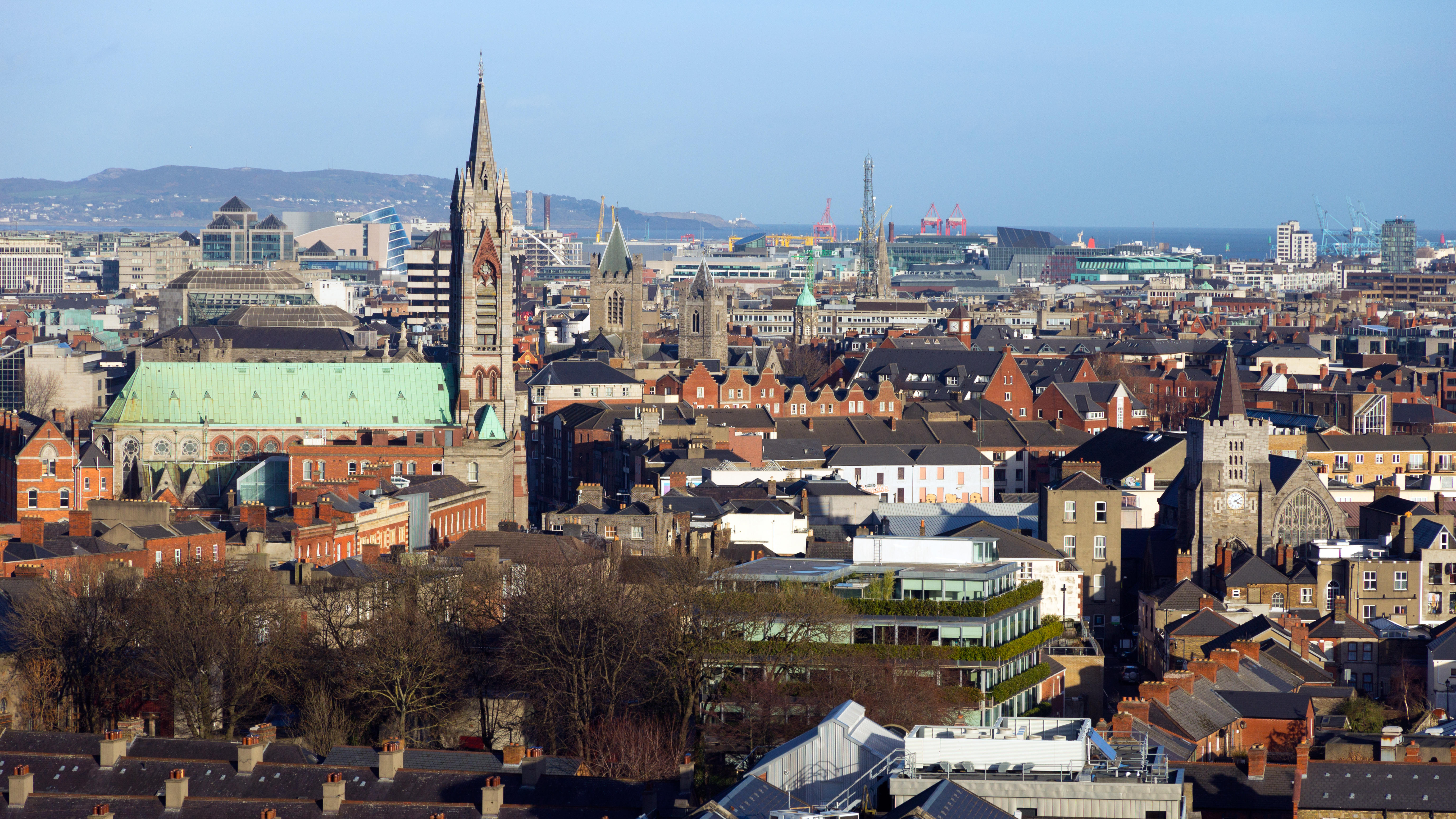