Beyond the Booze: How Dublin’s Pubs Play a Central Role in City Life 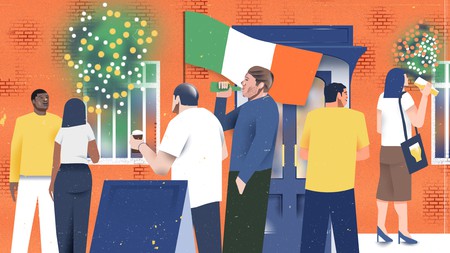 From small gatherings and special occasions to wakes and weddings, the pub is a space like no other within Irish culture. But how is this unique heart of Dublin life adapting to meet the needs of a modern world?

The Irish pub is a place to gather with old friends and meet new ones, to celebrate and mourn. Nowadays, there’s one in almost every corner of the globe, but the true city of pubs will always be Dublin. A cornerstone of Irish culture, with a long and tipsy history, the pub is a space that encompasses a number of meanings and has room for everyone. 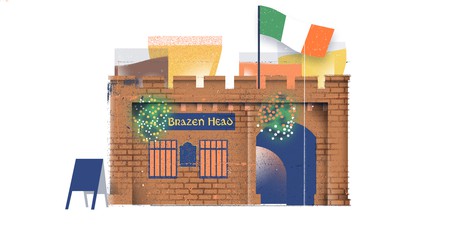 The birth of the Irish pub

Irish pubs go hand in hand with a deep sense of community and camaraderie, and this communal aspect can be traced back to Brehon law – a body of ancient Gaelic rules that governed old Irish society. According to this scripture, each local king was required to have his own brewer who was in turn required to provide “a never-dry cauldron, a dwelling on a public road and a welcome to every face”. Deeply ingrained within ancient Irish life was the concept of providing a hospitable place to meet, rest and, of course, drink.

The pub’s place within society became more defined during the 17th and 18th centuries as class divisions widened, and saloons and private drinking establishments came into fashion. For those unable, or unwilling, to pay the hefty fee for private clubs, the local pub came as a welcome retreat, which undoubtedly contributed to the way the Irish pub developed through the years – as a welcoming place without airs or pretensions, open to anyone who could afford a pint.

As a public gathering place, the Dublin pub also became a centre point of political activity. The Brazen Head, which claims to be the oldest pub in Ireland (dating back to 1192), was a common meeting place for the organisers of both the Irish War of Independence and the 1916 Easter Rising. It survived serious damage in these conflicts but is still serving up pints to tourists today, a testament to the steadfast nature of Irish character and culture. Almost every pub in Dublin claims to have served Irish revolutionary Michael Collins, and drinking hole The Confession Box was the site of secret Catholic services performed for the political rebels who were excommunicated from the Church for their political actions. 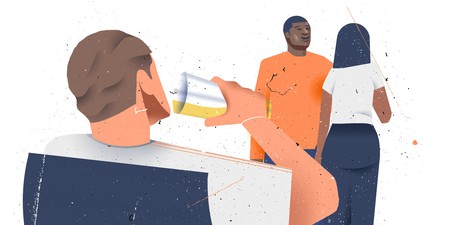 A place for socialising as much as for drinking, the pub is one of the go-to spots for life events in Ireland. Christenings, baptisms, after-work gatherings, engagements, weddings, funerals, trad sessions – you name it, it happens in a pub. There are, of course, outliers to this tradition, such as the legendary John Kavanagh’s. Situated right next to Dublin’s Glasnevin Cemetery, it was the favourite watering hole of the graveyard workers when they got off a hard night’s work, leading to its fond nickname – The Gravediggers. Currently owned by the sixth generation of Kavanaghs, this pub has been a part of Dublin since 1833 and is almost unique in the city for its strictly enforced ban on singing and music. However, a lively evening out can still be had in John Kavanagh’s, and there’s no worry about waking the neighbours on your way out.

Perhaps the most important part of Irish pub culture is having the craic. Though craic as a concept can be difficult to define precisely (one can both be and have it), it’s synonymous with fun and freedom and is a firm staple of the Irish pub scene. Trev O’Shea, the founder of Bodytonic (which encompasses a number of pubs in Dublin, including The Bernard Shaw, The Back Page and Wigwam), describes an evening in an Irish pub as “fun, emotional, friendly. The most fun you can have in a night out – if you find the right joint.”

Of course, the best craic to be had is at your local. The city centre may be the first port of call for many revellers, especially those from out of town, but almost every Dubliner will ardently claim that the pub within walking distance of their home is the best in the city. Whether it’s pieces of local history hung up on the walls or the barmen knowing the majority of the punters inside, pubs such as The Oarsman in Ringsend and The Back Page in Phibsborough have a local atmosphere that can be felt as soon as you step inside. The relationship between pub owners and their regulars is a sacred thing – one of O’Shea’s, a man called Seanie who comes in weekly with his family, even gifted The Back Page its first Ping-Pong table. 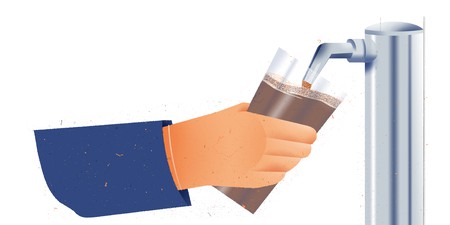 However, the Dublin pub scene has evolved gradually, moving from boozers to the boutique. As Kyran Dunphy, manager of The Beer Market, notes, “Irish pub culture is slowly but surely changing, and that reflects the changing times that we live in. Of course, you still have timepiece bars, where they haven’t changed in years – and probably won’t change any time soon! But there are a lot more ‘arty’ bars now, too. There are bars like us, dedicated to beers from all over the world rather than just Guinness and Heineken.”

It’s clear that Dublin pubgoers are in the market for something different: they’re after choice, even while maintaining tradition. The Beer Market is just one establishment that mixes things up in terms of what it offers. Dunphy says, “We regularly get pilot and one-off kits from local breweries to test it out on customers before they brew a larger batch. We also have events with breweries and head brewers; we host tap takeovers at our bar, with DJs, music and talks with the brewer.”

Another place offering a unique spin on Dublin’s pub culture is Token, Ireland’s first gaming bar. Opened in 2017, Token is home to old-school arcade games, such as Mario Kart and pinball, as well as high-end fast food (and plenty of vegan options). Despite the retro vibe, it’s a thoroughly modern version of the fruit machine and a packet of crisps most commonly associated with pub entertainment and cuisine.

Ironically, by harkening back to a nostalgic bygone era of arcade gaming, Token is taking part in steering pub culture in Dublin in a new direction, one that’s focussed less on excessive alcohol consumption. O’Shea says, “I think Irish people drink less alcohol now, and that’s going to continue into the future – no bad thing either.” It’s no surprise that in a more health-conscious society, pubs are becoming more inclusive environments. The smoking ban of 2004 forbade cigarettes in pubs, and it’s rare to find an establishment that doesn’t stock a trendy alcohol-free version of whatever drink you fancy. In 2019, The Virgin Mary Bar opened on Capel Street and became Ireland’s first completely non-alcoholic bar.

However, the more things change, the more they stay the same. The role of the pub in the wider political landscape, and as a place that reflects the changes in Irish society, did not end with the Irish rebellions in the 20th century. O’Shea recalls how The Bernard Shaw became a focal point for people during the Repeal the Eighth campaign in 2018. “A Dublin artist, Aches, did a mural of Savita for the Repeal/Abortion vote on one of our walls.” (Savita Halappanavar, a nurse whose death as a result of her untreated miscarriage led to widespread outrage, became a touchstone figure in Ireland’s fight for reproductive rights.)

“The first time I saw it,” O’Shea says, “I remember thinking it was the most stunning piece of work I’d ever seen done there, and we’ve had a few. So that in and of itself was special, but then a really amazing thing happened. It became a kind of shrine/meeting point for people to leave notes, flowers and just reflect. The vote was Yes, and during that week, the people of Ireland really unified and came together. We still house the artwork piece in our yard in The Shaw, and it’s a constant reminder of something amazing that happened in Ireland.”

Dublin’s pub culture has always been less about the place and more about the people within it. As O’Shea says, “In some ways, nothing has changed, nor will. Irish people always have and always will love to socialise, have fun, gossip and talk total shite. We talk serious stuff too – we’re not afraid to be emotional – but yeah, mainly it’s all about fun.”