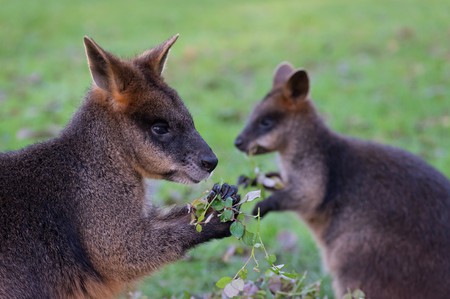 There’s plenty of wildlife you’d expect to find on the Dublin coastline. The Irish capital is a small city that has an ongoing love affair with its cliffsides and beaches, best experienced in places such as port suburb Howth, or sea swimming spot The Forty Foot. You’ll find plenty of people able to point you towards where you’re most likely to find jellyfish (the aforementioned Forty Foot), seals (Howth and Dun Laoghaire), and even the occasional hard-to-spot dolphin (the Bray to Greystones cliff walk). Most Dubliners, though, will look at you blankly when you bring up the wallabies.

Originating in Australia and New Guinea, there’s little reason you’d expect to find wallabies on Irish shores. After all, while the island has plenty of non-native flora and fauna that’s accumulated over the years, much of it is more predictable in nature: dogs, invading plant species, or types of fish. The Irish wilds are still resistant to snakes, with St Patrick traditionally said to have scared them away (there weren’t any in the first place, but the Irish aren’t the type to let facts get in the way of a good yarn).

Off the coast of North County Dublin, however, no more than half an hour from the city and four kilometres (2.5 miles) off the mainland, is an island called Lambay. This island has long been seen as oddly inaccessible to locals. It’s a privately owned area of 2.5 square kilometres (one square mile), home to its own castle and harbour. Deep water surrounds Lambay, which means it’s best known locally for its lobster fishing, but even many of those who wake up with a view of the island have never set foot on it, as it is accessible by invitation only. Therefore, many haven’t seen the Irish wallabies because Lambay is where they reside. 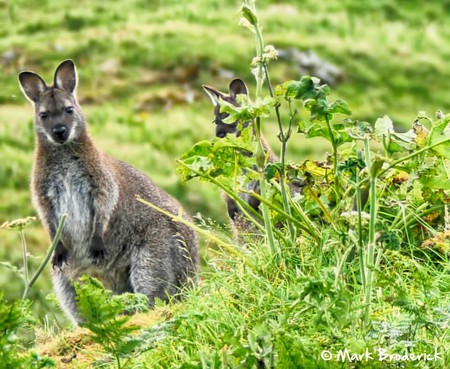 The Baring family own Lambay Island. That’s the same Baring family that used to control the Barings Bank, infamously bankrupted by rogue trader Nick Leeson in a toxic series of ill-fated Asian share transactions. Leeson, incidentally, went on to be CEO of Irish soccer club Galway United after serving time in prison for his illegal trades and writing a best-selling book about it all.

The Barings have raised the dozens of red-necked wallabies on the island since the 1950s, with the success of the venture thought to come in large part because the climate of Lambay Island is not markedly different to that of Tasmania, in the south of Australia.

The marsupials were introduced to the island in the 1950s by Rupert Baring, who hand-reared the first arrivals. Their growth on the island also drew on the excess stock of wallabies in Dublin Zoo, and members of the same extended wallaby family have ended up in the popular Fota Wildlife Park, in County Cork. By putting the animals on the island, experts felt they would be allowed to thrive without disrupting a wider area of native wildlife.

Talking to Irish news website The Journal, Millie Baring described a little of the life of the marsupials, telling journalist Nicky Ryan: “They tend to come out at dusk and I have often bumped into one or two lurking around the castle gardens as darkness sets in, which always gives all parties concerned a surprise – especially when our island husky Echo is with me on the lead,” adding “they shelter in the gorse bushes from the sun and relax on the north-side cliffs when it’s cooler.”

You can wrangle a visit to the island through a number of tour companies, such as Skerries Sea Tours (who land on the island and offer a walking tour) and Malahide Charter Boats (who typically don’t, but will go close enough to get you a view of a few leaping creatures more often than not).

Skerries Sea Tours have permission to bring their boats to the island, and their fairly pricey trips are weather dependent, have age restrictions, and depart from the pretty North County Dublin town of Skerries. For the oddity of seeing a bouncing Australian marsupial on an Irish island – perfect for joining as a day trip to Skerries’ gorgeous mills – you’ll be getting an Irish adventure most tourists simply don’t experience. 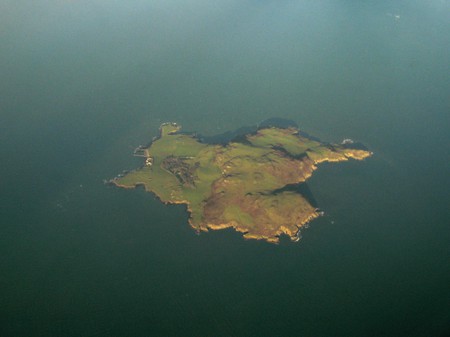