Films That Show Diversity in Dublin 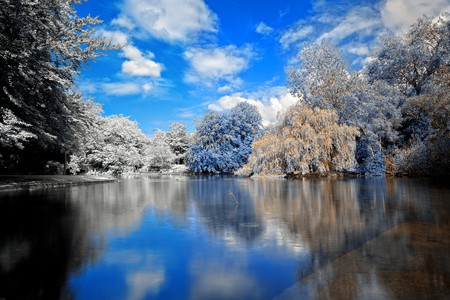 As far as diversity goes, Dublin has long been ahead of the curve of Ireland in general (though perhaps behind other modern hubs). The relatively liberal-leaning Irish capital city is not without its problems, but it is broadly a place of acceptance, one that’s changed dramatically in the last couple of decades with an influx of huge multinational companies, the declining influence of a once highly-controlling Catholic church and a young generation keen for progress.

Here’s a glance at some of the varied scenes through the eyes of filmmakers.

The Story of Yes

Ireland became the first country to legalise gay marriage by democratic popular vote when a referendum was passed in May 2015. The Story of Yes tracks the journey, exploring a heated campaign, the life-changing consequences and the post-referendum celebrations. It’s a sign of massive social progress in a country where homosexuality was only legalised in 1993, and condoms without prescription were allowed only from 1985. Divorce was legalised in 1996, and still takes five years to formally process, but things are moving forward, and for many, this felt like a turning point.

The Queen of Ireland

Another great tale relating to the Irish gay marriage referendum is that of ‘Panti’ (Rory O’Neill), a local drag queen in Dublin who became a core character in the referendum campaign. Tagged ‘The Queen of Ireland’, Panti owns a bar (Panti Bar) on the city’s Capel Street. She featured eloquently in numerous debates throughout late 2014 and 2015, as well as delivering an astonishing speech at the Abbey Theatre, which later went viral throughout the campaign. We’ve left both the trailer and that Abbey Theatre speech below, to give a taste of the queen:

Unsettled: From Tinker to Traveller

A glance at Irish traveller culture, both ancient and modern. In the 1970s, two University of San Francisco researchers spent a year living in a wagon on a holding site in Dublin, learning about the culture of Ireland’s minority traveller community. The documentary (which you can view in full below) was published in 2012 and sees George and Sharon Gmelch head to a far more modern-feeling Dublin, and attempt to track down the people they lived with four decades earlier.

A controversial character even in his hometown, MMA fighter from the wrong side of the tracks Conor McGregor has ruffled a few feathers and hammered a few opponents in recent years. Hailing from the west-Dublin suburb of Crumlin, McGregor’s life grew from scraping (and scrapping) by to being a true sporting superhero. While certain coverage of McGregor’s upbringing has been taken in by the Irish humour through locals’ penchant for telling wild (and almost certainly untrue) stories about McGregor to journalists, there’s no doubt that Crumlin and Drimnagh are rough areas, and as well as McGregor, Notorious does a good job of glancing at Dublin’s less salubrious corners.

A short movie exploring Dublin’s increasingly impressive drag scene and following three of its stars as they go about their daily (or rather, nightly) activities. It’s a beautiful kind of chaos, with Sadhbh Murphy’s documentary inspired by the 1980s New York drag scene classic Paris Is Burning. Watch it in full below:

Arguably the most famous Irish movie of all time, Once stars real-life local rock superstar Glen Hansard and tells the story of the Dublin busking scene through the eyes of a single street-loving musician. Grafton Street and Temple Bar have long been hubs of the city’s artistic scenes, with plenty of successful bands having made waves by playing on the tiles early in their career. Once‘s story is certainly a romanticised one, but it gives a great taste of what the scene is all about.

A great glance at the Dublin-born Gaelic footballer who followed so many of his countrymen in emigrating. Stynes didn’t leave to escape famine or repression, though. His departure was to pursue a professional career in Australian-rules football, a sport which has stark similarities to the Irish mainstay GAA (so much so that the two sports have international contests annually). Stynes, sadly, died after a battle with cancer in 2012, but this is also a classic Irish emigrant success story. You can watch it in full below (fair warning – this’ll have you sobbing):