Famous People You Didn't Know Were From Cork 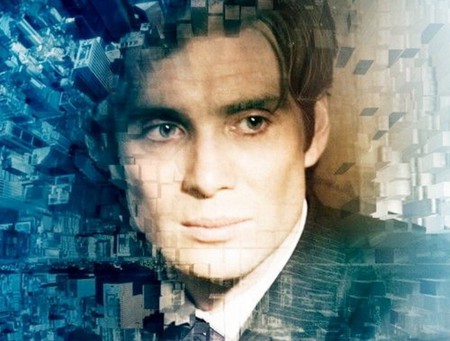 As Ireland’s second most populous county, it’s not surprising that Cork has produced many of its most famous figures. Some, like revolutionary hero Michael Collins, are widely known to have hailed from ‘The Rebel County’. But here are a few other notable people you might not know are from Cork.

Credited as one of TV’s worst villains, the young actor who plays the detestable Joffrey Baratheon so well in the HBO hit Game of Thrones was born in Cork in 1992. He did his theatre training and went to secondary school in Ranelagh, Dublin – and later attended Trinity College in the capital – but Gleeson is still very much a ‘Corkman’. Anyone unfamiliar with his background also may not know that his first major credited film role was in 2005’s Batman Begins.

Though born in Donegal in 1948, revered musician Rory Gallagher grew up in Cork after moving there with his mother and brother at the age of eight. Around 1960, he won a talent competition at Cork City Hall – getting his first taste of fame by being featured in the Cork Examiner and Evening Echo newspapers. He is said to have bought his first Fender Stratocaster guitar on Merchants Quay in the city during the early ’60s. In 1997, two years after his death, St. Paul’s Square in Cork was formally renamed Rory Gallagher Place. 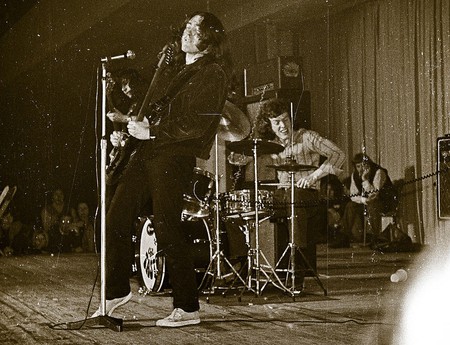 One of Ireland’s most successful athletes, the multi-award-winning track and field star was born in Cobh, County Cork in 1969. After her first international competition at the 1990 European Championships, she broke the world indoor 5,000m record in Boston in 1991 and came fourth in the 3,000m final at the 1992 Olympics. In 1994, she set another world record – this time for 2,000m middle-distance running – that remains unbeaten to this day. O’Sullivan then won gold at the 1995 World Championships in Athletics in Sweden, and in 2000, she took home silver in the same race at that year’s Olympic Games. 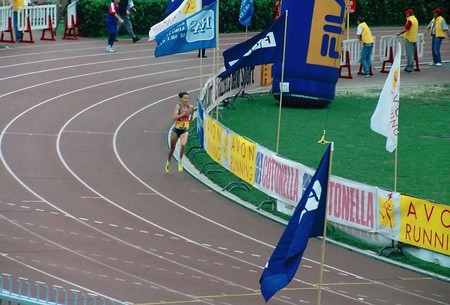 The knighted Irish novelist, short story writer and playwright William Trevor – who died close to the end of 2016 – was born in the north Cork area of Mitchelstown. During his youth, he and his family also lived in other towns in the county, including Skibbereen and Youghal. Trevor moved to Devon, England during the 1960s, but he never stopped writing about Ireland – with his work having had an enormous impact on younger Irish writers. 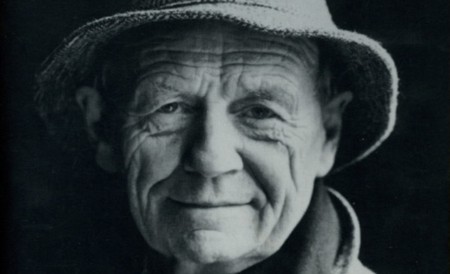 Anyone familiar with Irish accents will recognise Cillian Murphy as being from Cork, but those outside the country may not. One of the most successful Irish actors working today, Murphy was born in the Cork suburb of Douglas. Attending secondary school in the city, he was encouraged to become an actor by his English teacher – the novelist and poet William Wall (also from Cork). His big break came in 1996, playing a teenager in Enda Walsh’s hit play Disco Pigs. Produced by Cork theatre company Corcadorca, the show went on to tour Europe, Australia and Canada for two years.

Younger readers and die-hard Harry Potter fans will know her as Petunia Dursley, but actress Fiona Shaw has a lot more to her CV than just playing Harry’s awful aunt. Born in Cork in 1958, she attended both secondary school and university in the city, before travelling to London to study at the Royal Academy of Dramatic Art. Since then, she has performed in a range of theatrical, film and television roles, winning two Olivier Awards for Best Actress – for Machinal in 1994 and Electra, As You Like It and The Good Person of Szechwan in 1989.

Winner of five BAFTAs, Graham Norton has become one of the biggest names in British TV with his star-studded comedy chat show, The Graham Norton Show. But Norton is originally from Ireland – having been born in Dublin in 1963 and brought up in Bandon, County Cork. He briefly attended University College Cork – the same university Cillian Murphy was enrolled at before Disco Pigs – before moving to the UK. After standing in for Jack Docherty on his Channel 5 chat show in the late 1990s, he received his own show – going on to become arguably the most highly regarded talk show host in Britain.

Donald Trump loves claiming that globalisation and immigration are costing Americans their jobs, but he may not realise that one of the companies he recently ‘dissuaded’ from moving jobs outside the country was founded by a second-generation Irish immigrant. The father of the Ford Motor Company founder, William Ford, was born near the town of Clonakilty in 1826. In order to escape the Great Famine, his family boarded one of the so-called ‘coffin ships’ to North America in 1847 – a trip William’s mother didn’t survive.

Some years later in Michigan, William fell in love with Mary Litogot, the foster daughter of one of his employers – Patrick Ahern, another Corkman – and it was their first son Henry who would found Ford Motor Company in 1903. On a visit to Ireland in 1917, Henry Ford established Henry Ford & Son Ltd, a division of Ford Motor Company based in Cork. 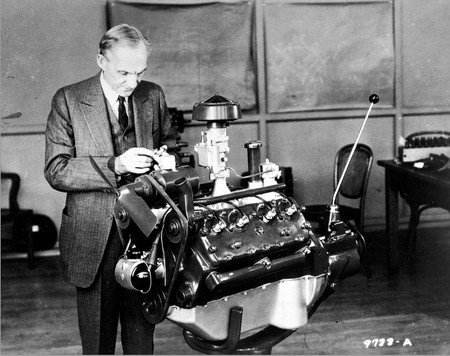 The star of the historical drama The Tudors, Jonathan Rhys Myers was expelled from a Christian Brothers secondary school in Cork as a teenager, before being discovered by a casting agent at the pool hall at the city’s Victoria Sporting Club. After small roles in films like A Man of No Importance and Michael Collins – he played Collins’ assassin – during the 1990s, he was nominated for British Newcomer of the Year at the London Critics Circle Film Awards for his performance in the film Velvet Goldmine. He began to earn more significant film and TV roles, winning a Golden Globe in 2006 for his performance as Elvis in a CBS mini-series and being nominated for multiple awards for The Tudors.

Cork’s Anna ‘Annie’ Moore is famous for having been the first immigrant admitted into the United States through the newly opened Ellis Island processing station in New York. Moore arrived in the US from Queenstown, Cork – now known as Cobh – on a steamship called the S.S. Nevada on January 1, 1892, along with her two younger brothers. In honour of her being the first immigrant ever registered at the facility, she received an American $10 gold piece. Annie went on to marry a salesman from the historic Fulton Fish Market and have at least 11 children. She is buried in a cemetery in Queens and commemorated with a statue in Cork. 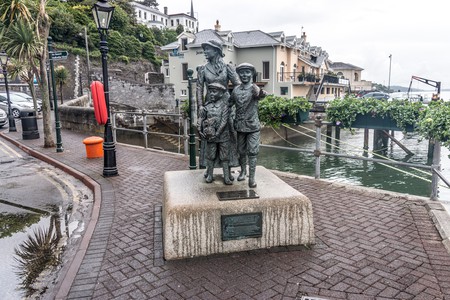