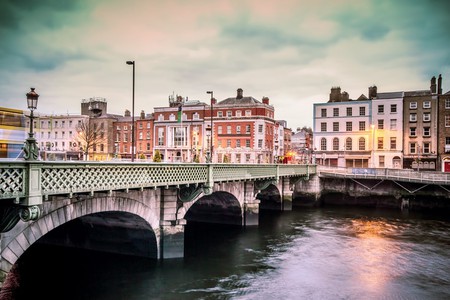 Grattan Bridge over the River Liffey in Dublin | © littlenySTOCK/Shutterstock

Culture Trip visits the Irish capital to explore the depths of its past and possibilities for its future.

Dublin is a city where old meets new on every corner. The European offices of the world’s great technology companies border the same docklands along the River Liffey as buildings that have counted thousands more tides on these waters.

Now, more than ever, Dublin is in a state of growth and flux. As Brexit talks continue (or not), Frankfurt, Amsterdam, Madrid and Dublin look set to gain financial and cultural prominence, with the Irish capital emerging as an early front runner.

Dublin is also extremely proud of its history and somewhat resistant to change. State-run energy company ESB faces renewed backlash for demolishing 16 buildings on the Georgian Mile and there’s a sense that the legacies of Irish luminaries weigh heavy on the conscience of its citizens. 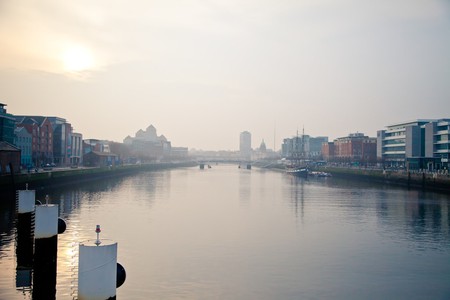 The weathered busts of Trinity College provosts, Irish revolutionaries, and playwrights and poets stare out towards Leinster House (the seat of Irish parliament) from Merrion Square Park. The largest of all is reserved for Oscar Wilde, who once said: ‘What is a cynic? A man who knows the price of everything and the value of nothing.’

The legendary wit is there to remind those charged with power that the most important aspects of culture can’t be measured in euros and cents. Just around the corner on St Stephen’s Green, The Little Museum of Dublin is a great example of this.

The four-storey Georgian townhouse is home to a remarkable collection of everyday items donated by the Irish public, painting a vivid picture of life in the 20th century. There’s one room dedicated to headlines from The Irish Times, another to a collection of letters belonging to 10-time Lord Mayor Alfie Byrne and another still to charting the rise of rockers U2, arguably Ireland’s most famous band. 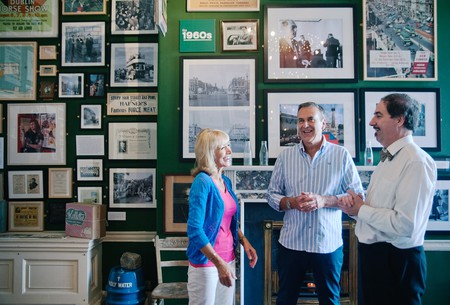 One of the museum’s most priceless items is a music stand tucked away in a quiet corner. Although relatively inauspicious-looking, the stand was once used by John F Kennedy as a lectern during a historic address to the Dáil (Ireland’s parliament) on June 28, 1963. Less than six months later, President Kennedy was dead.

Like 21 other American presidents throughout history, Kennedy claimed Irish heritage. Across town at EPIC, visitors can learn the story of Irish diaspora over 800 years. Some of the claims made by the Irish Emigration Museum seem more plausible than others. By the time we’d reached Rihanna it felt like a bit of a stretch.

Stories of emigrants include Annie Moore, the first person to be processed at US immigration station Ellis Island, legendary painter Francis Bacon, who left Dublin for London (although spent many of his formative years moving between Ireland and England), and Patrick Lynch, who left in the mid-18th century for Argentina and whose great-great-great-great grandson was none other than Che Guevara, one of the 20th century’s most important revolutionary figures. 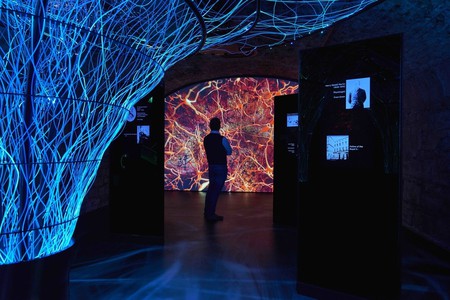 Some 40,000 Irish emigrated to Argentina during the 19th century – mostly the second, third or fourth children of farmers who didn’t stand to inherit anything. In 2013 Ireland had the highest number of doctors working abroad – nearly half of all living outside the country. Today the opposite is true and people from across Europe and the wider world are crossing the Irish Sea with their sights set on Dublin.

Perhaps the best example of the old meeting the new can be found at the National Gallery of Ireland. Closed for six years for refurbishment, it finally relaunched six months ago with an exhibition dedicated to Dutch master Johannes Vermeer. Architects Heneghan Peng reopened forgotten windows and re-imagined a lightwell as a courtyard which, in their words, allows the gallery ‘to breathe again’.

The avant-garde architecture has kept remnants of the original building, creating unusual pockets of space. The towering foyer looks as if it’s been scored with a giant knife, as though the building is about to fold in on itself like an enormous piece of origami. 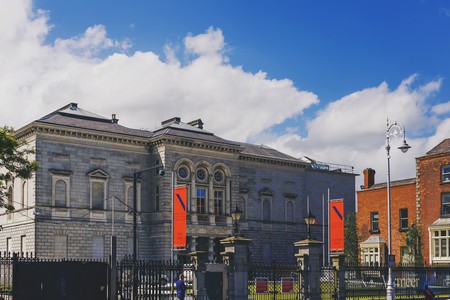 Inside, there are exhibitions dedicated to the ‘aftermath’ war landscapes of William Orpen, the romantic works of Frederic William Burton and a sizeable collection of modern European art by icons such as Pablo Picasso, Pierre-Auguste Renoir and Claude Monet.

The recently renovated new wings also house some astounding stained-glass windows, pastoral paintings depicting rural life in 19th-century Connemara (the coastal town that inspired a great many artworks) and a vast collection of work by one of Ireland’s most revered artists, Jack B Yeats.

As if to consolidate a whirlwind 24 hours in Dublin, Culture Trip took a vintage tea tour aboard an old London Routemaster bus. From the luxury of this twee carriage we saw Phoenix Park – the largest city park in Europe – and drove past the enormous Guinness Brewery, which continues to make one of the country’s biggest exports. Some things never change.