Eerie Cemeteries in Ireland and Where to Find Them 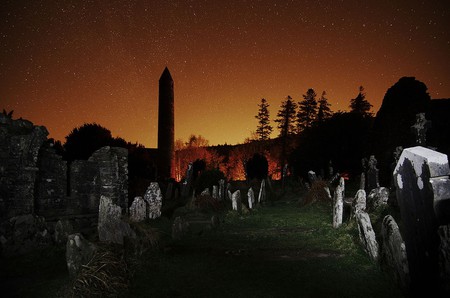 The round tower and graveyard at Glendalough at night, with the glow of Dublin to the north | © Rob Hurson / WikiCommons

Irish graveyards hold the final resting places of rebels, spies, sea captains and soldiers, alongside casualties of the food shortages and disease that dogged the poorest members of the country’s population during the 18th and 19th centuries. Even older cemeteries tell the story of the ‘saints and scholars’ of early Christian Ireland, and the kings that sought their spiritual guidance. Read on to discover some of Ireland’s most intriguing burial sites. 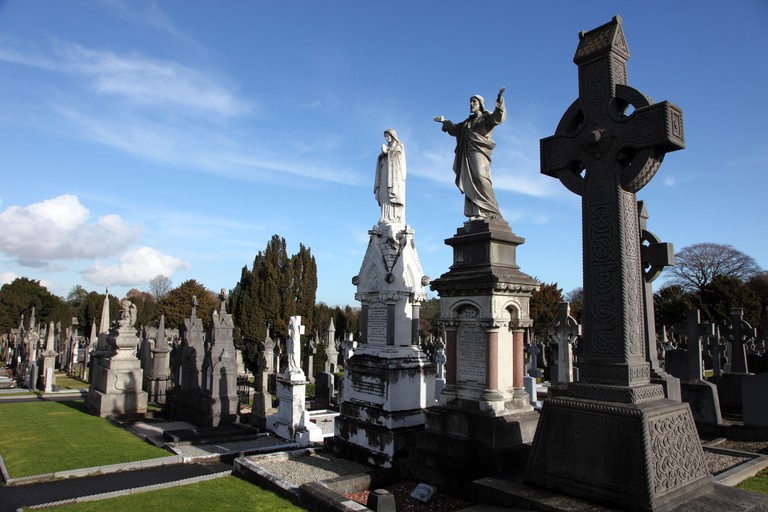 Trace your family’s Irish roots at Glasnevin Cemetery | © Ros Drinkwater / Alamy Stock Photo
Book Now
Under the Penal Laws in Ireland, Catholics were only allowed to perform a limited burial service in a Protestant graveyard, and Catholic priests were sometimes punished for doing even that. During the 1820s, the Irish political leader Daniel O’Connell campaigned against these restrictions – a campaign that resulted in the establishment of Glasnevin Cemetery in 1832. Described as ‘Ireland’s national necropolis’, it’s open to all denominations and home to some 1.5 million graves, including revolutionaries such as Michael Collins, Constance Markievicz and O’Connell himself. During the 19th century, grave robbing was so commonplace – with bodies sold to medical schools, including the Royal College of Surgeons – that watchtowers had to be erected around the cemetery as a deterrent.
Open In Google Maps
Finglas Road, Glasnevin, Dublin, County Dublin, D11 XA32, Ireland
+35318826500
Visit Website
Give us feedback

The oldest gravestone at St Nahi’s 18th-century church in Dundrum dates back to 1734. In the intervening years, the graveyard served as both a mass famine grave and the final resting place for patients of the nearby Central Mental Hospital. It’s also home to a plot of graves of Irish Republicans killed during the 1798 uprising, and one of the fatalities in the Bloody Sunday incident that took place at Croke Park in 1920. 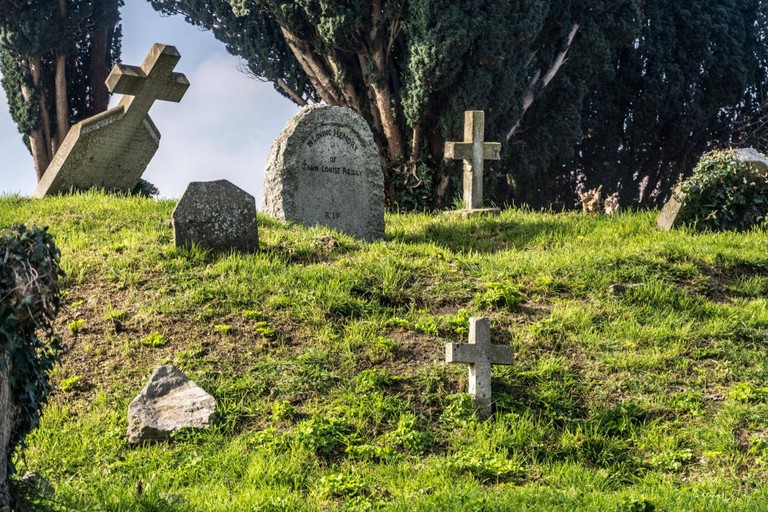 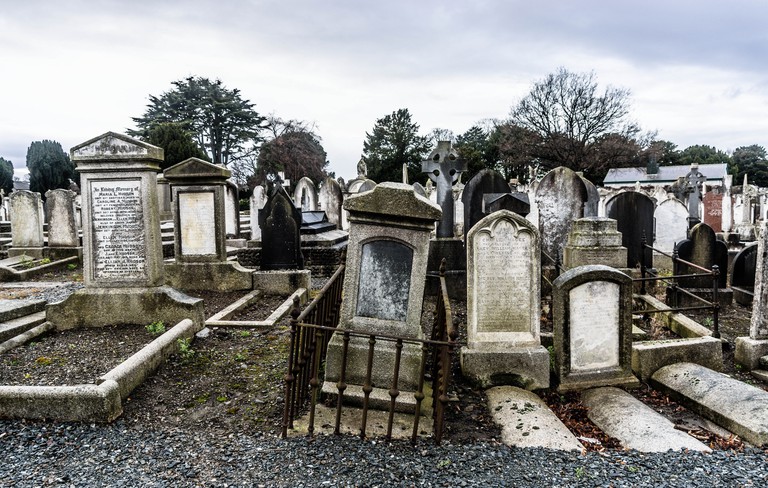 Mount Jerome Cemetery | © William Murphy / Flickr
Mentioned in James Joyce’s novel Ulysses, Mount Jerome Cemetery & Crematorium was once restricted only to Protestants, but it has allowed for the burial of Catholics since the end of the Irish Civil War. Mount Jerome’s literary associations don’t stop at Joyce – Playboy of the Western World playwright John Millington Synge was laid to rest here, and 19th-century Gothic horror author Sheridan Le Fanu lies within a vault on the premises. Disturbingly, this graveyard is also home to the unmarked graves of hundreds of children who died at Protestant-run homes for so-called ‘fallen women’ and female orphans.
Open In Google Maps
158 Harold's Cross Road, Harold's Cross Dublin, County Dublin, D6W HY98, Ireland
+35314971269
Visit Website
Give us feedback 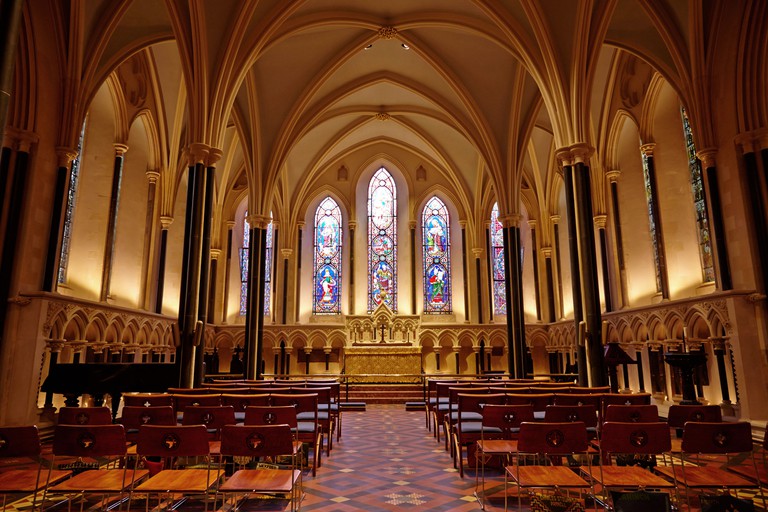 The Lady Chapel at St Patrick’s Cathedral dates back to 1270 | © Elsen Ho / Alamy Stock Photo
Book Now
The graveyard at Dublin’s St Patrick’s Cathedral dates back as far as the 13th century, and the cathedral itself also holds a number of famous tombs, such as that of the renowned writer Jonathan Swift and the former Archbishop of Dublin Narcissus Marsh – whose ghost is said to haunt the library he founded next door. In the burial ground, you’ll find the grave of Captain John Boyd – the captain of the HMS Ajax, which was ruined off Dún Laoghaire in 1861. According to legend, his loyal Newfoundland dog died of starvation after refusing to leave the side of his grave and continues to haunt the vicinity.
Open In Google Maps
Saint Patrick's Close, Dublin 8, County Dublin, A96 P599, Ireland
+35314539472
Visit Website
Give us feedback

The earliest known burial to have taken place at the mysterious graveyard at Temple Hill in Cork was a gruesome one. After the 1690 Siege of Cork, the intestines of Henry FitzRoy – 1st Duke of Grafton and an illegitimate son of King Charles II – were buried here, while his body went back to England. 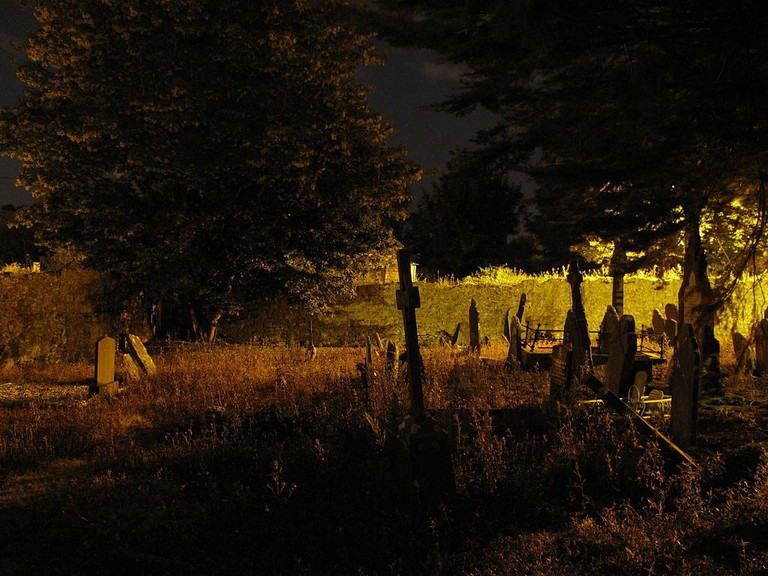 This area in County Meath served as a workhouse, fever hospital and graveyard during the Great Famine of the mid-19th century in Ireland, which killed around one million people. During the winter of 1850 alone, the Dunshaughlin Workhouse had around 700 residents, many of whom died of cholera or typhoid. The graveyard holds approximately 1,000 graves. The Haunted Sites Team of the Sacred Sites website – who conducted a paranormal investigation at the site in 2012 – reported that they felt there were ‘at least three if not four strong spirits’ still trapped there. 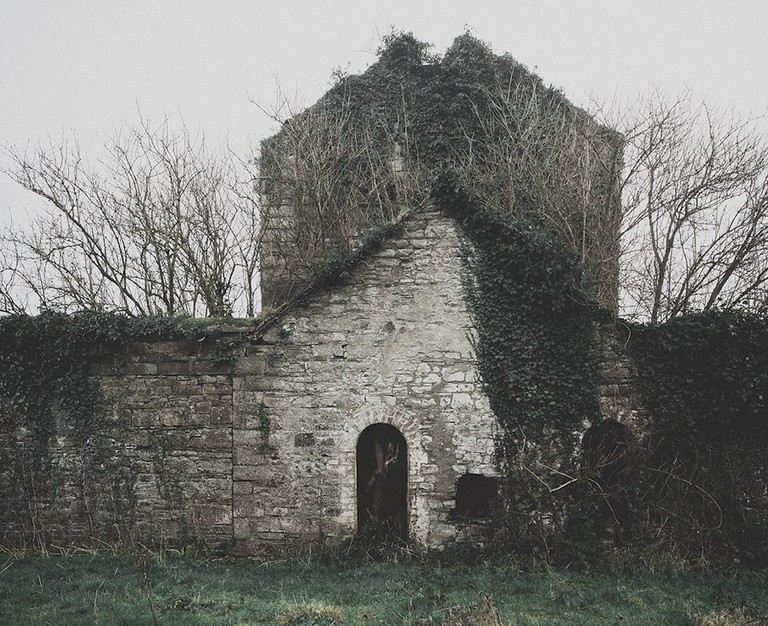 The College Graveyard at St Patrick’s College, Maynooth – also known as the National Seminary for Ireland – dates back to 1817. You can find the graveyard through a shaded tunnel of interlocking yew trees, which is exceptionally creepy at night, and made even more so by the fact that the cemetery is apparently the burial site of the two students who died in the campus’ notorious ‘Room No. 2’. The setting of Maynooth’s best-known ghost story, Room No. 2 supposedly had a demonic force inhabiting it, and it led the students to commit suicide. This graveyard also houses the remains of several well-known Irish figures, including the priest Eoghan O’Growney, a co-founder of the Gaelic League. 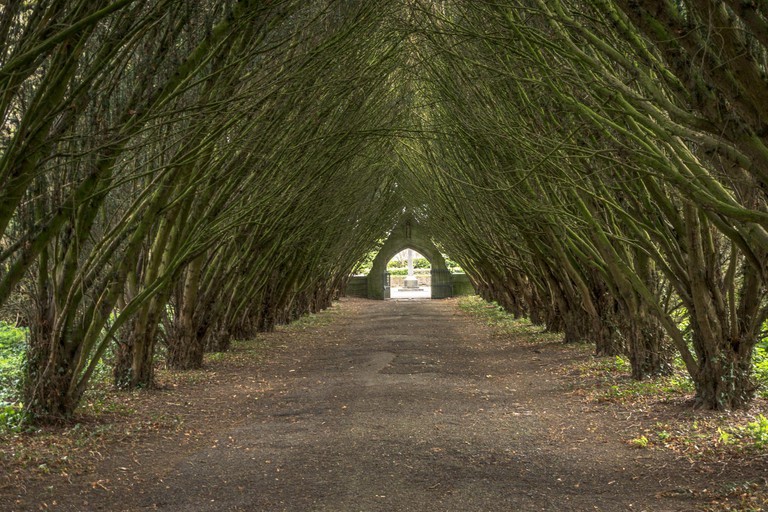 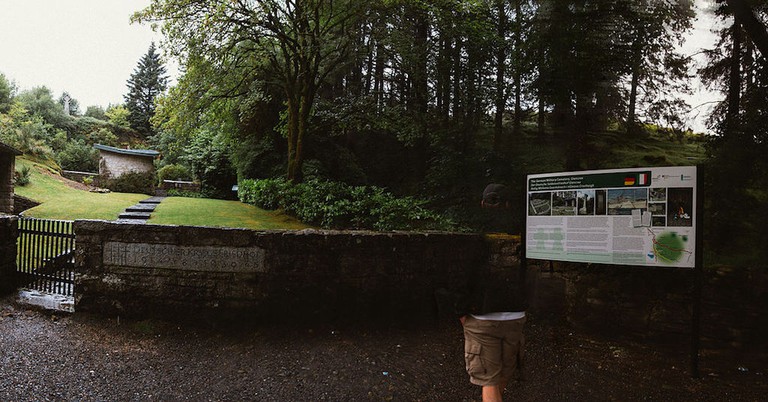 German War Cemetery, Wicklow | © WestportWiki / WikiCommons
The picturesque Glencree valley in north County Wicklow is the site of a German War Cemetery, filled with more than a hundred graves of mostly German World War II military personnel. The most notable grave is that of Dr Hermann Görtz, a spy who parachuted into County Meath in 1940 with the aim of establishing a relationship with the IRA, whose help the Germans hoped to enlist. After being captured some years later and told he was going to be deported back to Germany, Goertz killed himself by drinking cyanide.
Open In Google Maps
Oldboleys, Glencree, County Wicklow, Ireland
Give us feedback

Another Wicklow valley, Glendalough is famous for its Early Medieval monastic settlement, founded in the 6th century. Historians believe that one of its buildings, known as the Priests’ House, was possibly built to house relics of St Kevin, the founder of the monastery. Later, during the 18th and 19th centuries, it became a burial site for priests. At the Upper Lake, you will find Reefert Church, which dates from around 1100. Its original Irish name translates to ‘the burial place of the kings’, referring to the fact that it holds the graves of members of the prominent O’Toole family, Kings of Leinster and Princes of Imaile. 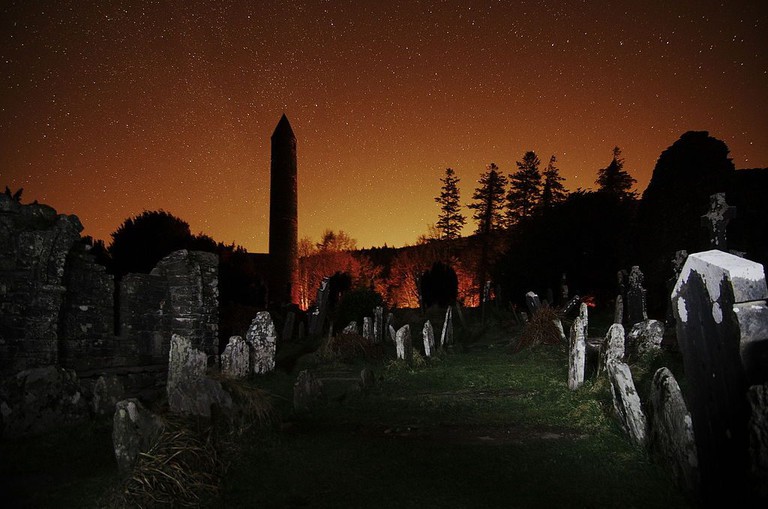 The round tower and graveyard at Glendalough at night, with the glow of Dublin to the north | © Rob Hurson / WikiCommons