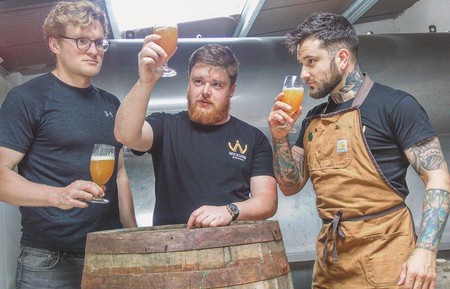 You’ve probably been conditioned to believe that Irish beer is synonymous with Guinness. A pint of the black stuff is, indeed, an essential cultural experience for any visitor to the Emerald Isle, but it’s not the be-all and end-all: as we recently wrote, even the most famous brewery on the island is very much branching out from its iconic porter these days.

Right now, the Irish craft beer revolution is in full flow. City centre bars, particularly in Dublin and Galway, are now likely to be serving sour brew, porter varieties and increasing varied takes on bog-standard lager, as less familiar names stake a claim to the scene at an almost impossible speed. This fact can only be good news for those who like a pint or three, as the race to get noticed is well and truly on, and Wicklow Brewery, a small craft operation based in the county to the south of the capital, has logged an impressive new concept to that end.

Their latest offering is ‘Hopknut’, which they describe as ‘the beer of the Vikings’.

Explaining the new brew, they told Culture Trip: ‘the former name of Wicklow was Wickinglo which means “Meadow of Vikings”. It was later anglicised to Wicklow. [We use] hop because of all those wonderful hops in the beer and Knut, who was a former Viking Warrior. Coincidently the Viking [TV] series is being filmed in neighbouring Ashford.’

Knut, incidentally, is often anglicised as ‘Cnut’ – which perhaps has obvious difficulties as a beer branding – once the king of an 11th-century North Sea Empire that incorporated Denmark, Norway and England.

So how will the brewers celebrate this Viking Brew, which recently won the International Beer Challenge (London), scooping the Overall Trophy for the Best Ale in the Under 5% category? By using it to reward Wicklow County’s abundant hikers, naturally. 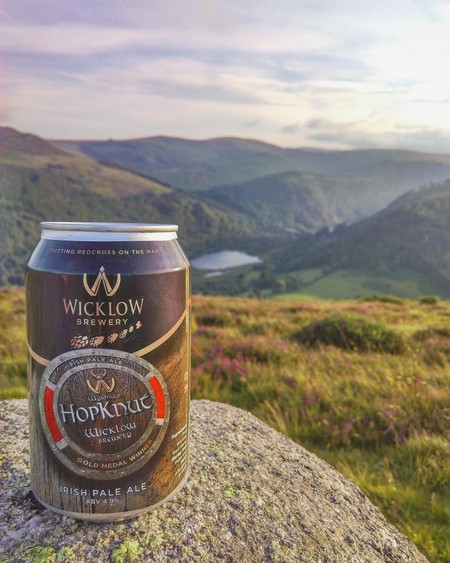 Lugnaquilla (meaning ‘hollow of the wood’) is the highest peak in the substantial Wicklow Mountains National Park, and at 925 metres (3,035 feet), the second tallest peak outside of Kerry’s challenging Macgillycuddy’s Reeks range. Offering a challenging climb from three common approaches, it takes most who take on the trails around three hours to reach the summit. On arrival, you can ogle the Irish Sea, much of the rest of the Wicklow Mountains, and (on a really clear day) the peaks of Snowdonia in Wales.

On Sunday, August 27, 2017, between 1 pm and 3 pm (allow for climbing time if you’re heading for the peak), Wicklow Brewery will set up at the top of the mountain, rewarding those who reach the top with a swift can ‘on the house’. 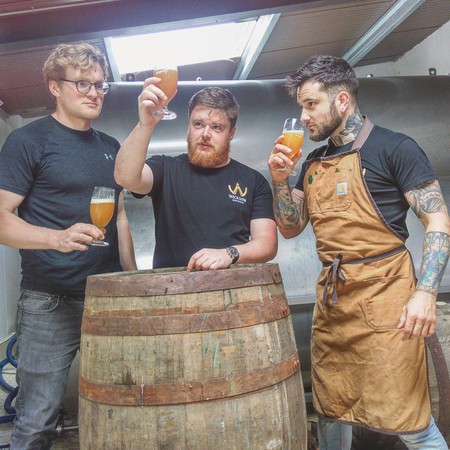 This particular offering, they promise, is the first of several planned for around Wicklow. Other beers that might get in on the act include their Black 16 Stout, GingerKnut (another Viking-referencing offering), St Kevin’s Red (a reference to the pilgrim and his trail), or Helles. Their Facebook page will supply updates.

As well as their colourful interactions with their environment, incidentally, Wicklow Brewery are also heavily involved with Wicklow’s most popular watering hole, Mickey Finns, and also offer tours of their brewery, located in the tiny Wicklow town of Redcross. Get all the info from their website, here. 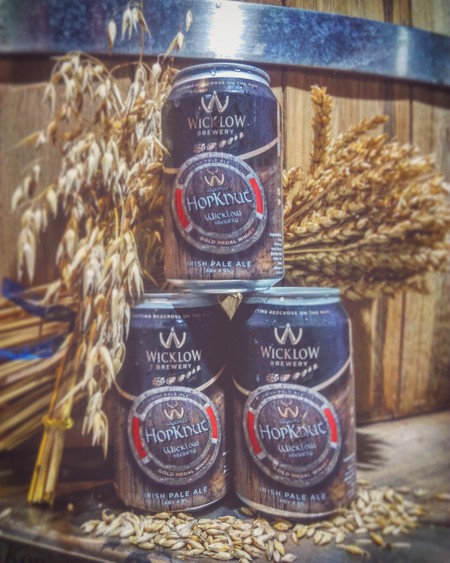 © Wicklow Brewery
Give us feedback