A Walking Tour of Dublin 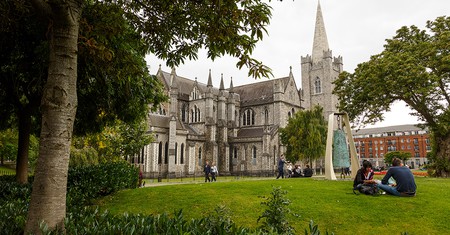 Winding lanes and secret nooks make Dublin perfectly suited for the pedestrian. With well-known sites to explore as well as hidden gems, there’s no better city to lose yourself in.

From the historic architecture of Trinity College and the General Post Office, to Victorian parks via modern shopping districts, Dublin is a great city to explore on foot. Wind your way along its cobblestoned streets and you’ll find a dizzying array of attractions. You’ll also get a sense of the energy that bursts forth from this city. Here are our tips of what to see, and where to see it, on a walking tour of Dublin.

Start your journey through Dublin at Trinity College, one of the most famous architectural landmarks in the city. Inside the gates of Front Square you will be greeted by a historic campus originally founded in 1592. 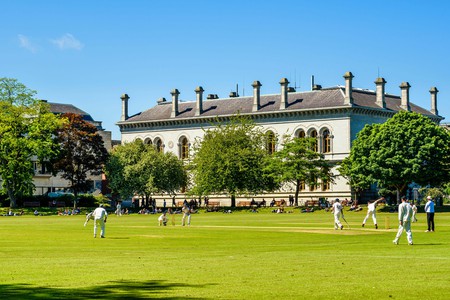 Visit in summer and you might catch a cricket match on College Park, part of Trinity College | © Jon Sparks / Alamy Stock Photo

Take in the panoramic view – this is the largest collection of 18th-century buildings anywhere in Ireland – and admire the magnificent environs of the Campanile, an historic college whose alumni include Bram Stoker and Samuel Beckett.

This is also a perfect opportunity to see The Book of Kells, a celebrated illuminated manuscript from the 9th century, which is kept in the incredible Old Library on campus. Once you’ve finished taking in the history, step outside to be greeted by the renovated Bank on College Green, which now runs as a stylish restaurant. 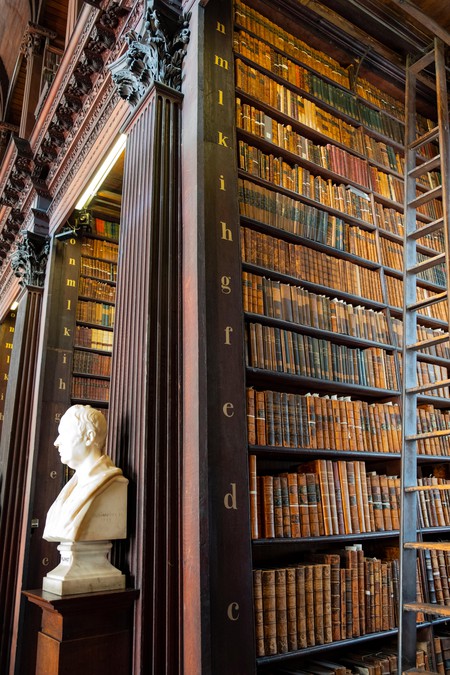 Soak up the greenery

Continue along Nassau Street and find Merrion Square, one of the best-kept Georgian squares in Ireland. Painters often set up shop on the road outside the gates, and a food market selling delicacies appears on the green during the summer months. 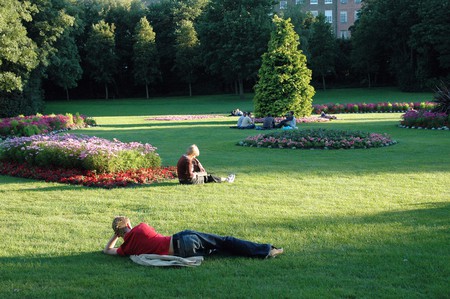 People relax in the sunshine in pretty Merrion Square, which retains many of its Georgian features | © Liam White / Alamy Stock Photo

Although you could turn off at any of the four corners, it’s worth doing a full lap until you find yourself faced with the National Gallery of Ireland. It houses some of the most iconic works of art from the 14th to 20th centuries, in a building designed by Francis Fawke. 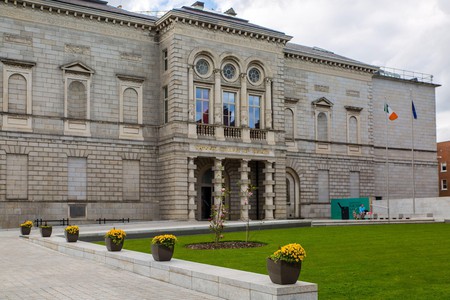 Continue up the road and turn right onto St Stephen’s Green. One of the best known parks in Dublin, it spans 22 acres and has been maintained since 1664. As well as the swans and greenery, the park is also a historical treasure trove – this was one of the areas taken over by rebels during the 1916 Easter Rising. 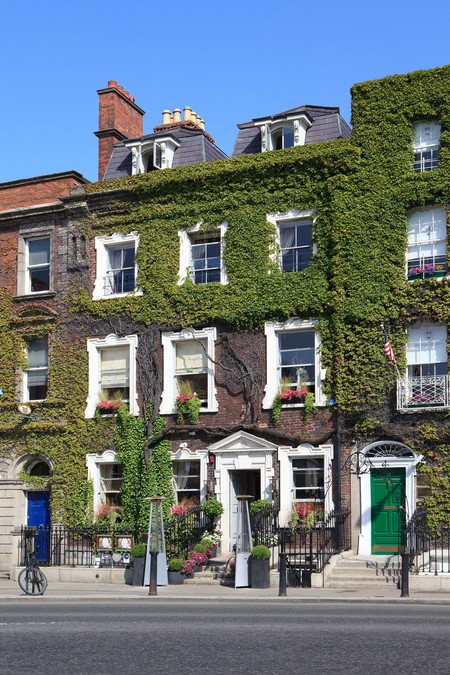 Stop by the statue commemorating Countess Markievicz, and read the fascinating historical placards explaining the area’s history. Thankfully, the park is calmer today than it once was, but look closely and you can still see bullet holes on the Fusilier’s arch at the entrance.

Get stuck into the shopping

As you leave the main gates of St Stephen’s Green park, cross the road and you’ll find a shopping centre not a minute away. Whether you’re looking for clothes, perfume, something kitsch or a bite to eat, you’ll be spoilt for choice within the glass-panelled mall of Stephen’s Green. 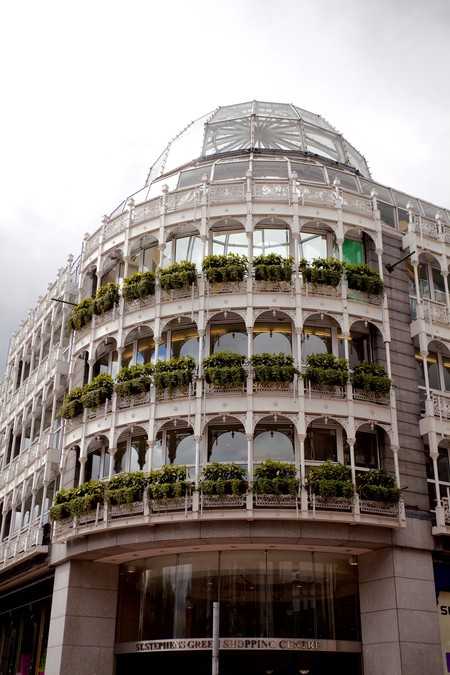 Come back out of the main entrance and you’ll find yourself on Grafton Street, one of the best places in Dublin for high-end shopping. But don’t make the mistake of limiting yourself to one street. Thread your way down the side of Brown Thomas and wander down onto Wicklow Street and Drury Street, where you’ll find a diverse range of stores, as well as the best selection of independent coffee shops in Dublin.

With so much to explore, you’ll want to give yourself plenty of time to meander on to bustling South William Street, which boasts a collection of quirky boutiques. You’ll also find the historic Powerscourt Centre, which served as the famous Lord Powerscourt’s townhouse in the 18th century. 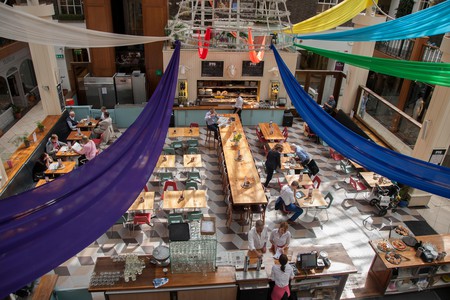 It is now one of the best places for a spot of retail therapy, selling everything from cute Irish designs and crafts in Article, to a range of beautiful plants and flowers in The Garden. Snap up a bargain or simply enjoy strolling around the picturesque Georgian building, which extends over three storeys.

A hive of activity, Temple Bar is a quintessential sub-section of Dublin. Featured in postcards, films and many a tourist’s memory, its cobblestoned streets and vibrant, lively atmosphere make it a must-see. 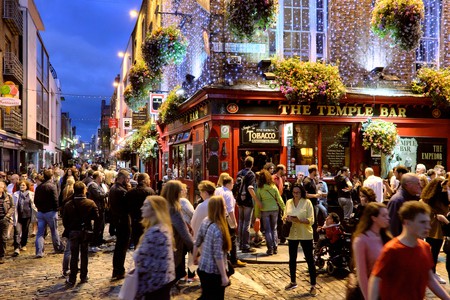 The area is constantly abuzz with buskers and performers, so there’s always something to keep you entertained. It is also home to some of the best restaurants in Dublin including Gallagher’s Boxty House, which specialises in traditional Irish cuisine.

Whether you’re there for breakfast, lunch or dinner, it’s worth popping in to try their signature boxty potato pancakes, which transform the simple spud into a flavoursome treat. Travel further into the heart of Temple Bar and you’ll find Curved Street, with its vintage shops, and Eustace Street, home to the Irish Film Institute, which has an impressive collection of film memorabilia – a true delight for all cinephiles.

Cross the river for the views

Head out of Temple Bar northwards and you will find the river Liffey. Used as a trade route from the Viking era up until the present, the river runs through Counties Wicklow, Kildare and Dublin, and straight through the centre of the capital.

As you stroll along the riverside you’ll pass the Millennium Bridge – a newer addition to the structures joining the North and South side, which opened in 2005. Continue and cross over via the Ha’penny bridge, taking in a breathtaking view of the city on either side.

Keep right and you’ll come to the start of O’Connell Street. A major site during the Easter Rising, this is one of Dublin’s most famous streets and home to the O’Connell monument, unveiled in 1882 in honour of the political leader Daniel O’Connell. 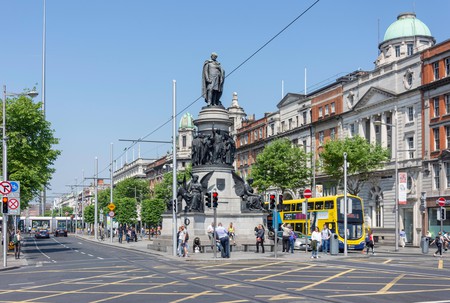 You’ll also pass a number of other important figures from Irish history, including Jim Larkin, one of the organisers of the 1913 lockout. Continue down to Parnell Square and you’ll find yourself at the Garden of Remembrance. Built in 1966 for those who lost their lives fighting for Irish freedom, it remains an area of tranquility in the bustling city centre. 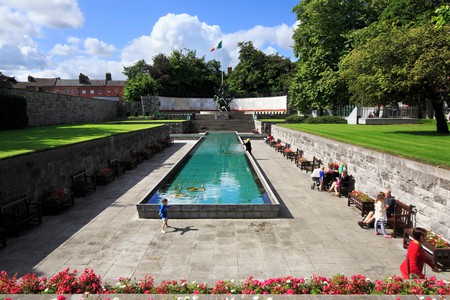 Stare at the street art in Smithfield

The city centre has a vibrancy like nowhere else in Dublin, but an equally interesting (yet often unexplored) region is Smithfield. Take a turn onto Dorset Street and follow the path until you come to the main square. Here you’ll find a weekend market and a number of quirky independent establishments, including the Lighthouse Cinema. 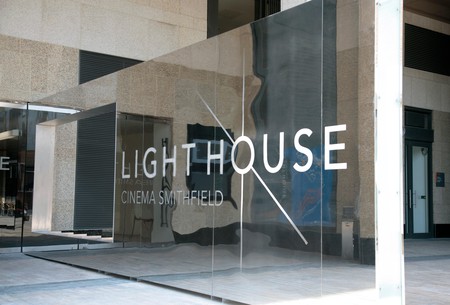 Be sure to take the opportunity to admire the street art speckled throughout the area as well. You’ll find some striking pieces by Subset, a Street Art collective based in Dublin, including the Horse Boy Mural on Stirrup Lane and pieces from their Grey Area project.

Once you’ve finished taking in the sights and sounds, you’re in a perfect position to take the Luas, or tram, back to the city centre or onwards to other pockets of the city.

This article is an updated version of a story created by Kate Phelan.