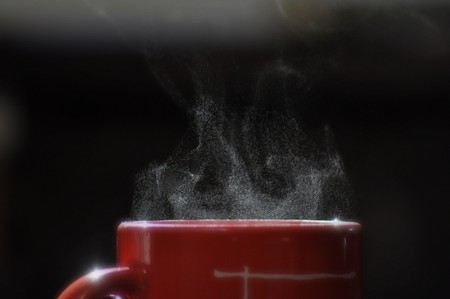 When YouTube blogger Elle Darby e-mailed the Dublin White Moose Café and Lodge asking for a free hotel stay this Valentine’s Day, she could hardly have anticipated that her inquiry would escalate into a global spat now known as #BloggerGate.

Perhaps if Darby had taken the time to research White Moose Café, she might have learned that the staff are known for their outspoken, borderline aggressive antics such as publicly banning vegans from their restaurant. The White Moose Café seems to have their publicity strategy down pat: controversy is their brand, and each time they call someone out, the story gets picked up.

Instead, Darby unwittingly sent an email hoping to swap her influence—a whopping 98,000-plus followers and fans on YouTube—in exchange for a free hotel stay. In response, the White Moose Café published Darby’s e-mail to their Facebook page with a cutting response chastising the 22-year-old British blogger for requesting a freebie.

“If I let you stay here in return for a feature in your video, who is going to pay the staff who look after you? Who is going to pay the housekeepers who clean your room? The waiters who serve you breakfast? The receptionist who checks you in? Who is going to pay for the light and heat you use during your stay? The laundering of your bed sheets? The water rates?” asked White Moose Café owner Paul Stenson on the White Moose Facebook page. “Maybe I should tell my staff they will be featured in your video in lieu of receiving payment for work carried out while you’re in residence?”

Unsurprisingly, Stenson’s Facebook post went viral and sparked a fiery debate of a blogger’s worth versus their sense of entitlement. In response, Darby posted a teary eyed video to YouTube identifying herself as the victim of Stenson’s tirade. Perhaps she was. Allegedly, Darby received an outpouring of comments from supporters and naysayers alike, many of whom trolled her (as bored Internet users so often do) with death threats.

Since the initial post, the standoff between Darby and the White Moose Café has intensified as anonymous reviewers have attempted to tank the restaurant’s reputation. The café, in turn, has made a mockery of the situation with cheeky merchandise and a recently released “press conference” video that has over 50,000 views to date.

While the eye roll-inducing drama between this blogger and café seems silly, it does beg the larger question of whether Darby was, in fact, in the wrong. It seems the loaded answer depends on who you ask. On one hand, many people argue that the ‘tit-for-tat’ exchange between influence and freebies works for brands.

“If you have a marketing budget, then you can pay your staff and cover costs in exchange for this promotion,” commented one Facebook user to White Moose Café’s post. “It’s certainly not free and you’re looking at it the wrong way. There’s no difference in allowing a blogger or influencer stay at your place for a bit of investment on your end than if you invested in a traditional magazine advertisement or boosted a Facebook post.”

There is truth to this statement, as brands do typically invest in influence as a successful marketing tactic. Global brands such as Converse have been known to pay Instagram influencers thousands of dollars in exchange for photographs showcasing their sneakers; while successful Instagram influencers and photographers—like Gray Malin—have worked with the likes of Away and Ladureé.

On the flip side, many took fault with Darby and the sense of entitlement that comes with a 22-year-old YouTuber asking for a free hotel room. Was Darby entitled to a free stay by virtue of her online popularity? Could her YouTube review of the White Moose Café translate into increased bookings for the business? While major brands will have contracts drawn up with influencers to strictly outline expectations and measure success, bloggers approach businesses more casually.

Perhaps this is where Darby went wrong—in her failure to research the business she was hoping to work with, and in asking for freebies from a small-business owner who may not have a marketing budget to begin with. In this instance, it seems Darby cared less about creating a mutually beneficial partnership, and more about getting a free stay for a Valentine’s Day getaway with her boyfriend.

Regardless of who is right or wrong, Darby and Stenson benefited from this debacle as both blogger and business saw international press and exposure, ultimately bringing new followers to each. As the debate pushes on, the White Moose Café has made the controversial decision to ban all bloggers from its premises.

“Following the backlash received after asking an unidentified blogger to pay for a hotel room, I have taken the decision to ban all bloggers from our hotel and café,” wrote Stenson on Facebook. “The sense of entitlement is just too strong in the blogging community and the nastiness, hissy fits and general hate displayed after one of your members was not granted her request for a freebie is giving your whole industry a bad name. I never thought we would be inundated with negative reviews for the simple reason that somebody was required to pay for goods received or services rendered.”