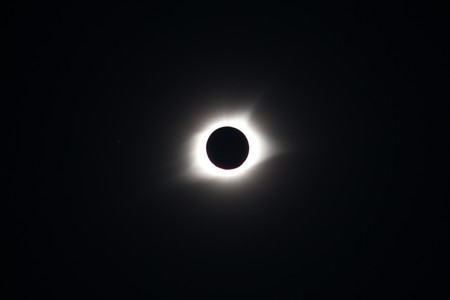 Hallucinogenic, unnerving, poetic, daring, majestic and, above all, highly original. David Hayden’s debut short story collection Darker With The Lights On is a thrilling series of vignettes that disturb as much as they satisfy the senses.

Effortlessly moving between an employee falling to his death, a squirrel-cum-teacher named Sorry, and dinner party guests gorging on a ‘blackened, smoking corpse of a man’, Hayden’s collection is a surreal journey into the dreamy depths of consciousness. The stories are separate but connected, planets orbiting the Irish writer’s nucleus of experiential prose.

The first story ‘Egress’ begins: ‘Many years have passed since I stepped off the ledge,’ and, as we enter the collection, plummeting to certain death, we never quite recover from this overwhelming sense of vertigo. As the narrator falls, his lively commentary – ‘I expected to be cold but the air was mild, the speed delicious, the freshness vast and edible’ – signals that everything is not quite as it seems, and that the reader should leave their earthen assumptions at the door. This is a place where synaesthetic imagery and absurdist plot lines coalesce to form a kind of modernist renaissance that feels like nothing else seen before. The dimensions have shifted.

In ‘Hay’ we become a man on a train, listening to the mechanical soundtrack of the carriage go ‘shack, shack, shack’. As the train ‘scutters over a long bridge that might have been an aqueduct in a country with water,’ and with an ochre light that ‘holds the interior still and suggests the great brown world outside’, we are placed in only a suggestive world, a makeshift template of reality that appears the same but feels and tastes and sounds quite different. The story’s dialogue is terse and dry, like a scene from Pinter, and the plot circular like his Irish ancestor Beckett.

Hayden reaches an apex of disturbia in ‘Leckerdam of the Golden Hand’, which begins ‘My name is Leckerdam and this is how my children killed me,’ and takes on a tempo of quicksilver fury. The ravenous and the murderous combine in images of butcher’s shops and guns as pieces of ‘sweating liquorice’ echoing the cannibalistic theme running through ‘The Bread that was Broken’. The effect of Hayden’s violent prose is arresting, but we cannot help but marvel at its honesty and humanity. 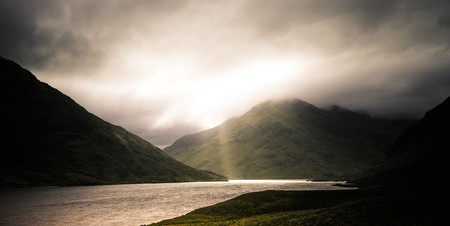 In ‘Mareg’ and ‘How to Read a Picture Book’ the subject of identity is explored, particularly its fluidity and theatricality. Mareg’s real name was Mark but we are told he ‘wanted to project unfamiliarity with himself to the people he met so that they could not approach the self he carried, his flyblown, yellowed, well-thumbed self’. Meanwhile, the talking squirrel in ‘How to Read a Picture Book’ introduces himself as ‘Sorry the Squirrel. Of course, that’s just my creative name. My real name is Maximilian Liebowitz.’ Once again the reader succumbs to the vertigo of the unknown as we are overtly brought in and cast out by the respective narrators.

The most memorable passage in the collection – arguably its philosophical apotheosis – appears in ‘Golding’ as the narrator shines a light on the interconnectedness of all things. ‘Days are months is a stalled elevator are years is a frozen pond is a monochrome eye is a nameless, bitter root… is wet toffee on the pavement is a filthy ironing board is a calloused foot is a dry seawall is an ember on a rug is a headless statue is a bicycle in a ditch… is an unread book, is a read book, is an unread book.’

This endless stream of imagery recalls Vladimir Nabokov’s idea of cosmic synchronisation defined by J. B. Sisson as ‘the posited desire of the artist to apprehend the entire universe by an awareness expanding rapidly outward from the artist’s consciousness and the part of the world immediately present in order to involve into a grand unity as much distant activity as is coherently possible.’

Whilst this might be an apt description of Hayden’s intention, beyond any artistic endeavour, the passage calls into question the fabric of knowledge, and ridicules its reliability with sweeping irony. Immediately after, the narrator says, ‘All capacity of knowing, with knowledge itself, runs out and away leaving silence, inside and out.’ Perhaps the most important lesson of all, Hayden is encouraging the reader not to understand and rationalise, but to experience and feel.

Included on The Republic of Consciousness Prize’s longlist, the work – published by Little Island Press – might well win wider acclaim come 2018. For now, Hayden’s singing prose is something to revel in. 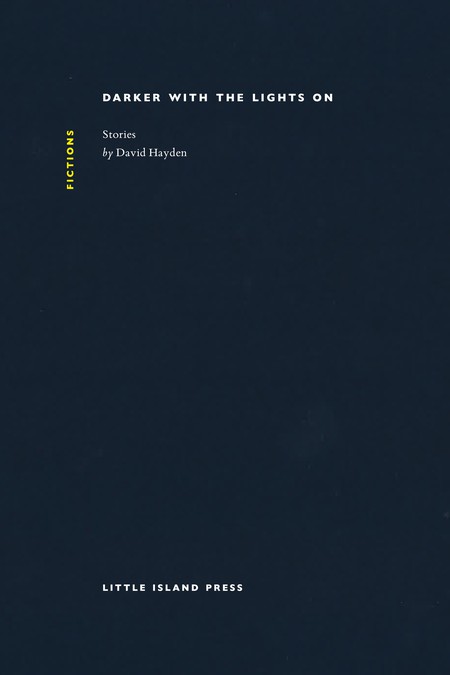 Darker With The Lights On