Cork, Ireland | © Ed Webster/Flickr
Located on the banks of the River Lee, and at the top of one of the world’s largest natural harbors, is Ireland’s southerly city of Cork. Known for its own unique Irish delicacies such as drisheen and tripe, Cork is also renowned for its vibrant and inimitable restaurant culture. Previously covered by Culture Trip, here is an updated list of where to eat and drink in the Rebel City.

A little upmarket, but definitely worth the extra expense, is Perrotts Garden Bistro at Hayfield Manor hotel. This bistro is located in the hotel’s conservatory area, with airy interiors brightened by luxurious decor and exotic plants. The atmosphere is serene and relaxed, as the restaurant is managed by impeccable staff. The bistro became a part of the hotel in 2005, and serves a critically acclaimed menu of Mediterranean and international speciality dishes.

Starters can include dishes such as a rarebit salad with marinated grapes, pickled wild mushrooms, endive and honey mustard dressing. Main courses such as the Hayfield house dried beef with garlic and herb potatoes, roasted cherry tomatoes, smoked onions, blue cheese and cracked black-pepper butter are delicious. There is also a twilight menu available for later dining, which features highlights from the a la carte. The list of wines and mocktails finish off an extraordinary and memorable evening at this bistro.

Founded in 1998 on the North Mall and within earshot of the famous Shandon Bells, Franciscan Well Brewery is one of Cork’s most celebrated pubs. Built on the site of an old franciscan monastery and well from 1219, the venue now boasts three serving vessels that brew craft beers and ales. Rebel Red, Blarney Blonde and Shandon Stout are popular favorites among locals and tourists. Mixing modern technology with age-old tradition, punters can enjoy their natural, tasty beers in the beer garden, while savoring a wood fired pizza. With drawing evenings, beer festivals and other cultural events, this brew-pub is a must visit for a real taste of Cork.

Cork’s outstanding Paradiso is situated near the historical University College Cork. Opening its doors in 1993, the groundbreaking venue has since revolutionized Cork dining and Irish attitudes towards meat-free cooking and healthy eating. Owned and run by Denis Cotter, who himself has published four cookbooks, this restaurant’s menu is an innovative cocktail of fresh and local ingredients, which changes frequently, guaranteeing a new experience every time diners step through the door. After your unforgettable dining experience, you can rest in the spacious and luxurious accommodation located over the restaurant, which boasts scenic views of the Lee. It is no surprise, therefore, that Paradiso has been showered in awards and accolades over the years.

Housed on the mezzanine of Cork’s celebrated English Market, the Farmgate Café is the perfect venue for your morning coffee, afternoon tea and everything in-between. Quality ingredients and preparation are at the core of the Farmgate’s beliefs, with the menu featuring local dishes, such as tripe and onions with drisheen. Their breakfasts, lunches and desserts are all delicious and freshly prepared.

Diners can choose between seating that overlooks the hustle and bustle of the market below, or in the dining room, which is quieter. The walls at Farmgate are a gallery of original artworks by artists such as Billy Foley, Tom Climent, sculptor Michael Quane and photographer John Minihan. In the dining room is a poetry wall, inaugurated in 2005, which features a unique collection of poems by Irish and international poets, specially commissioned by the café. There is also a sister restaurant in Midleton on the outskirts of Cork city, and both venues have received numerous awards. For truly innovative cuisine, look no further than the Farmgate Café.

Relatively new to the Cork restaurant circuit, Electric has quickly become a firm favorite of Corkonians. The restruant is housed in a rejuvenated Art Deco-style building, which used to be a bank, and boasts outstanding views of the River Lee, the boardwalk, the spire of St Fin Barre Cathedral and the historic rooftops of Cork’s main street buildings.

The restaurant’s menu consists of classic dishes with a contemporary twist. The house beef burger is worth the wait. Electric also features a fish bar, with the menu inspired by Portuguese and Spanish taverns. When the sun does shine in Cork, diners can eat al fresco by the banks of the river, and when evening sets in, visitors can enjoy a drink at the bar and listen to some soulful sounds mixed by local and legendary DJs.

With its menu ingredients sourced from the English Market and local artisan producers, it is no wonder that Market Lane is consistently praised for its culinary creativity and ingenuity. The menu changes frequently and is celebrated for its more unusual combinations of ingredients. Dishes such as baked ardsallagh goats cheese and caramelised pear and spinach on a quinoa and walnut cake have diners returning again and again. For dessert, visitors can try something along the lines of an orange and vanilla bread and butter pudding, a peach and raspberry crumble or a bag of local handmade fudge and boiled sugar sweets. With outstanding service and an energetic atmosphere, Market Lane is a dining experience that is hard to beat. 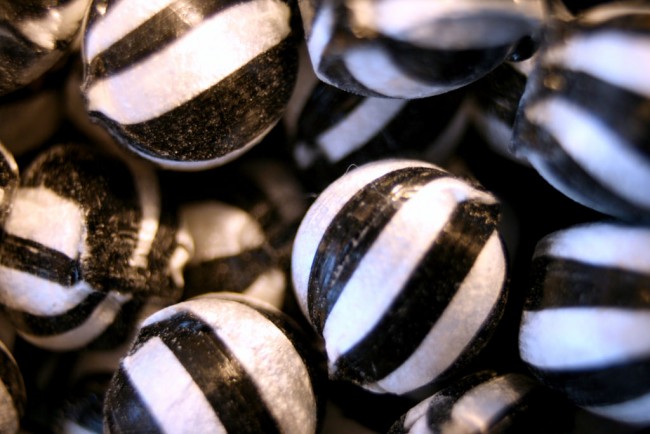 A well-established restaurant just off Cork’s Oliver Plunkett Street, Nash 19 has been serving the people of Cork for nearly 20 years. Using both local ingredients and international spices in their dishes, Nash 19 is renowned for their delicious breakfasts, which feature their delectable potato cakes made from a family recipe. Their sandwiches made with Arbutus handmade bread are also popular, particularly among those popping in to grab a working lunch. They also have delicious cakes and scones, which perfectly accompany a quiet cup of tea and a good book. A recent addition to Nash 19 is a contemporary art gallery space, housed towards the back of the premises, which features works from local artists. Over the past two decades, Nash 19 has truly become a venue for cultural dining.

Situated near to the famous St Fin Barre’s Cathedral, a visit to the Quay Co-op is a longstanding tradition in Cork. On the ground floor of its Cork City premises is an organic health food shop, while the first floor features the renowned restaurant. A proactive and radical workers co-operative since 1982, the Quay Co-op was one of the first venues in Cork to promote gluten and meat-free cuisine with flair and creativity. Since its birth, the Quay Co-op has grown, and now boasts an in-house bakery and two sister shops in Ballincollig and Carrigaline.

Around the walls of this quirky restaurant are local art works available to purchase. Diners can enjoy their fresh organic salads while gazing out of large sash windows over the Lee and bustling Grand Parade. The atmosphere in the Quay Co-op is always friendly and energetic, and a culinary experience not to be missed.

Street and indoor markets form a significant part of Cork’s social and economic history, with the Coal Quay and Cornmarket Street among the most renowned market venues in the city. Originally St Peter’s Market or the Irish Market, which ran from 1843 to 1955, and was steeped in Irish war-time history, the Bodega is now a calm cafe and elegant restaurant by day, and a buzzing and electric nightclub when the sun sets.

The menu features soups and small bites, vegan and super foods, and Cork-inspired main dishes. Despite its new purpose, the Bodega still retains its old marketplace roots with the original Spanish style architectural arches and features still on show. The cathedral-like space provides a unique dining and nightlife experience. Whether it’s a quiet coffee and catch up with friends, an intimate meal with family, or a wild night out on the town, the Bodega will cater for it.

One of the most eccentric and extraordinary restaurants in Cork, this restaurant is owned and run by celebrity chef Seamus O’Connell, who was raised in Arizona and has worked in kitchens around the world – a reason for his globally themed menus. He settled in Ireland during the 1980s and opened the iconic Ivory Tower in 1993. With his expert knowledge in the art of Japanese cooking, diners can opt for an Asian-infused tasting menu, a summer eight-course traditional Irish selection, or Brazilian fare, among other delights.

What makes the Ivory Tower unique is the daily changing menus, composed from whatever ingredients chef O’Connell sources that day. Spontaneity and open-mindedness are the real order of the day. There will always be something different to sample every time diners visit this restaurant.