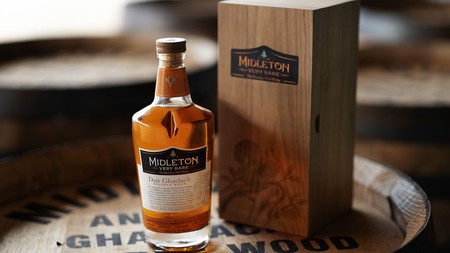 Among rolling fields of barley on the Ballykilcavan estate, just outside Stradbally in County Laois, central Ireland, a cluster of native oak trees was planted in Kylebeg Wood during the early 19th-century to replace those felled for shipbuilding during the Napoleonic Wars. Ever since, the oak has been carefully nurtured, and in recent years, its guardians have collaborated with Midleton Very Rare, of Irish Distillers, to produce the latest in their ‘Dair Ghaelach’ series, which uses native Irish oak to mature a whiskey like no other.

A brief introduction to Irish whiskey

The question of who invented the first whiskey has long been a subject of debate, but records suggest it most likely originated from Celtic monks returning to Ireland and Scotland from travels in the Mediterranean and Middle East, where they learned the art of distillation between the eighth and 11th centuries. By the 15th and 16th centuries, the amber tipple, made from fermented grain mash, was beginning to enter the mainstream, and by the early 19th century, the Irish whiskey industry was in full flow. 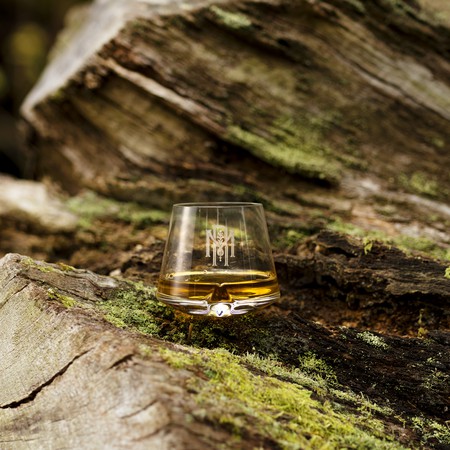 Not only had whiskey become an integral part of Irish cultural heritage, its popularity had soared around the world. However, following the Irish War of Independence between 1919 and 1921 and the Prohibition era in the US from 1920 to 1933, the industry faced its toughest years.

Since its formation in 1966, Irish Distillers has been at the forefront of the great Irish whiskey revival, and their Midleton Very Rare brand, launched in 1984, has been pivotal in writing a new chapter in Irish whiskey production, pioneered by three master distillers: Bary Crockett, Brian Nation and Kevin O’Gorman. The Dair Ghaelach series, which combines sustainable management of native Irish oak woodlands with crafting an innovative style of single pot still Irish whiskey, is among their signature creations.

The fourth edition of the Midleton Very Rare Dair Ghaelach series, released in November 2021, started with the selection of seven oak trees in Kylebeg Wood. The space created in the canopy by harvesting the oak trees has allowed light to reach the forest floor, enabling the growth of newly planted saplings. This method of sustainable forestry has facilitated the return of the pine marten to the Laois countryside, and, by consequence, a rise in the population of native red squirrels, which had previously almost vanished due to the proliferation of invasive grey squirrels.

Upon harvesting, the logs were transported to Spain to be cut in Galicia and then sent to Jerez to dry in the Andalucian sun. After 15 months, the oak was made into 42 casks and returned to Ireland to be filled with selected single pot still whiskies, which were left to mature for up to 25 years. 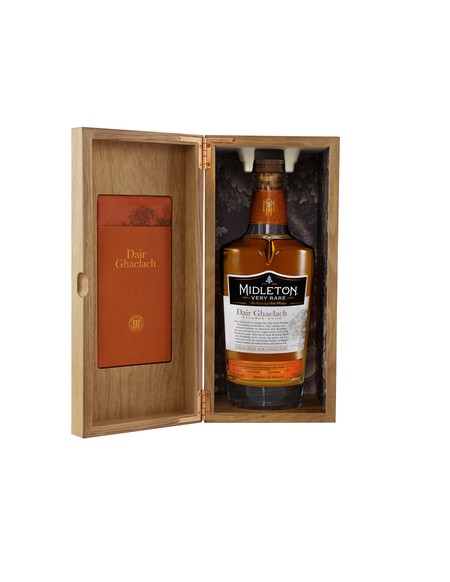 Regularly nosed and tasted by Midleton’s master distillers until the perfect balance was struck, the final result is a richly aromatic and intensely flavoursome whiskey, ranging between 55.4 to 56.1 percent ABV. Fragrant woodland spices are accompanied by scents of cinnamon, vanilla and nectarine, while velvety tones of caramel, apple, dark chocolate and honey swirl together, followed by a dry, earthy finish. In distilling a truly unique product in tandem with sustainable forest management, Midleton Very Rare has further reinforced its place at the vanguard of the Irish whiskey industry.

The initial batches of trees one and two Midleton Very Rare Dair Ghaelach whiskey sold out quickly – but a new batch of tree two will be released in early 2022, soon to be followed by trees three to seven. Bottles can be purchased through the official Midleton Very Rare website at an RRP of €310 per 70cl.