City on a Plate: Chef Jp McMahon Shows Us What's Great About Galway 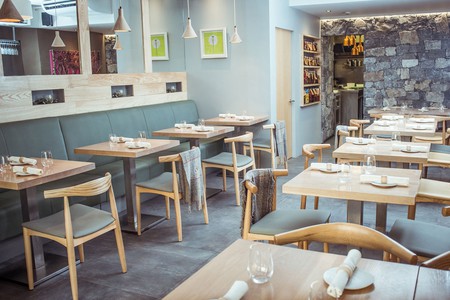 Culture Trip talks to the world’s most talented chefs about the cities that inspire them and the sights, smells, and sensations that drive their approach to food. Here we speak to Jp McMahon, who has dedicated his career to transforming our understanding of Irish cuisine, turning the city of Galway into one of the brightest culinary cities in Europe. 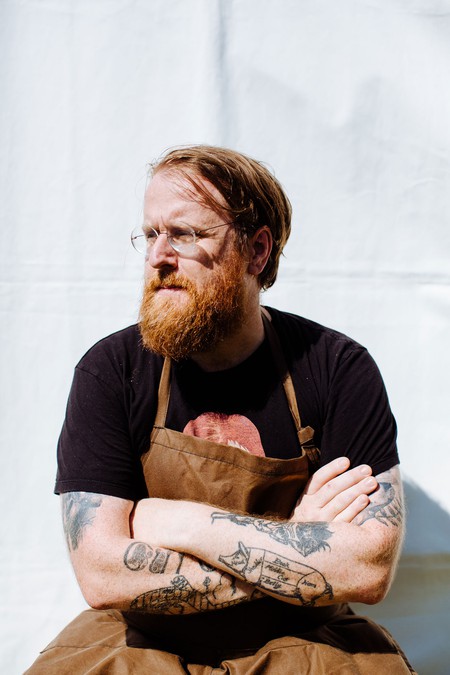 Jp McMahon has brought about a culinary revolution from his base in Galway. | Courtesy of Aniar

You would be hard-pressed to find an advocate for his cuisine as vociferous as Galway’s Jp McMahon – the renaissance man of Irish cuisine. From his groundbreaking Michelin-star restaurant, Aniar, McMahon celebrates the produce and history of the Emerald Isle with a deftness that most (unfairly) do not associate with Irish food. More than this, however, is McMahon’s latest project, The Irish Cookbook, a 430-page tome that details the 10,000-year culinary history of Ireland, from the Paleolithic hunter-gatherers to the Celts, the Normans, the Spanish port-traders, all the way through to legendary cooks and writers like Myrtle Allen and Theodora FitzGibbon.

The level of detail and scholarship present in The Irish Cookbook is to be expected from McMahon. A voracious reader with a keen interest in literature and art history, McMahon is someone who thrives on learning. Despite running three restaurants (and plans for a ‘fast food chain with a slow food philosophy’), McMahon still finds time to intern with other chefs, and is open to inspiration from anyone. He has also transformed Galway into a hotspot for the international food scene with his annual chef’s symposium, Food on the Edge, which has brought figures like Albert Adria, Magnus Nilsson, Rene Redzepi and Sean Brock to speak about their philosophies and approaches.

McMahon’s food at Aniar is rooted in terroir, and the flavours that can be found in the West Coast of Ireland. As such, comparisons have been drawn to New Nordic restaurants like Noma and Faviken, but there’s nothing modish about his food. Over 16 courses, McMahon takes you along the coastline, into the dunes, the long grass, the meadow, the marshland, and back into the homely village centre. Combinations like beef and nasturtium, or beetroot and elderberry, may seem unfamiliar on paper, but the impression they give on the plate across the course of the menu is compelling – the story of Irish cuisine is told to you, note-by-note, dish-by-dish.

Culture Trip caught up with McMahon for a tour around Galway, its quirks, and what makes it so unique as a culinary destination. 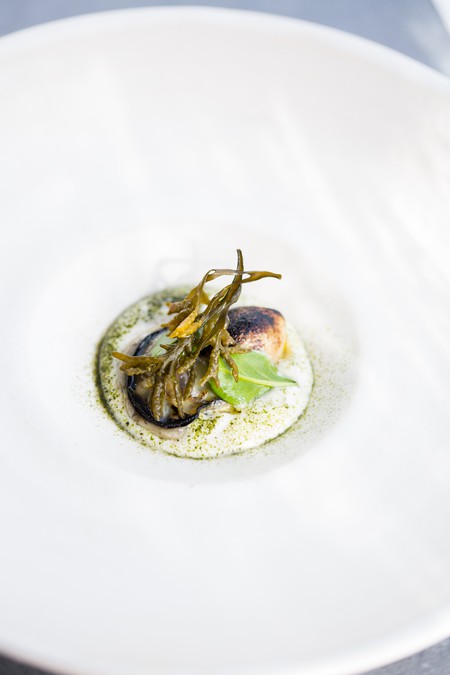 McMahon is admittedly obsessed with shellfish and seaweed, and it shows on the plate | © Anita Murphy

My name is Jp McMahon, and I’m a chef, restaurateur and author with three restaurants in the beautiful city of Galway. I love shellfish and seaweed. These are my two passions, I have to admit. I like to cook with clean and bold flavours, and I’m not beyond using a blow torch to cook my oysters.

What was the dish that transformed you?

I remember being around 11 or 12, and having spaghetti bolognese in a hotel in Tipperary. It was the first time the penny dropped for me; when food became something beyond nutrition and fuel. I wanted to know how it was made, where it all came from, why it was so good. It’s still my favourite dish when I’m at home with my daughters. It’d be my last dish, if I had the choice.

Galway is a city of fire and salty air – that’s the city, to me. We’re right by the coast, our streets are crowded with people from all over the world, in love with the quaintness of the cobblestones and old boltholes. We’re a city of salt and fire.

We are bohemian at heart – we get terribly excited about the arts and theatre, and our annual Arts Festival is the highlight of the year. We’re a small medieval city with narrow streets and lanes, and music everywhere. The Corrib River is the lifeblood of the city; it’s one of the fastest rivers in Europe, and gives us the freshness and vibrancy that typifies Galway. Although if we have one drawback, I have to say that we are not cyclist- and pedestrian-friendly enough; for such a little city, we have far too many cars.

Without a doubt, our oyster served with seaweed and sea herbs. It’s one of our signature dishes at Aniar – did I mention that I love oysters and seaweed? The oyster is lightly charred, and served with an oyster mayonnaise (for added ‘oyster-ness’) and enhanced with the seaweed and sea herbs. Seaweed defines our cuisine, I feel. I love its saline bitterness, and its robust umami quality. For this, we use channelled wrack and sea truffle – which tastes exactly as it sounds – before finishing it with foraged coastal herbs like sea Arrowgrass, which miraculously tastes like coriander. That is Galway on a plate for you. 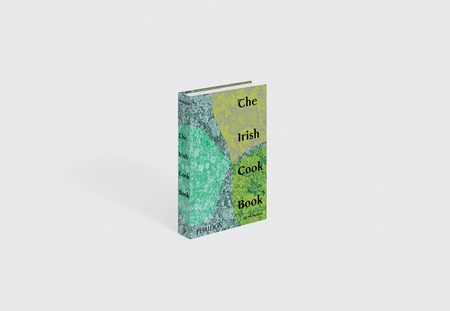 The Irish Cookbook is McMahon’s magnum opus – a sweeping view of 10,000 years of Irish culinary history. | Courtesy of Phaidon

Jp McMahon is the owner of Aniar, a one Michelin star fine-dining restaurant in Galway, Ireland. Book a table, buy a copy of The Irish Cookbook (£35) and keep up with him on Instagram.